Casey Castlemount had devised an ingenious, complex, and foolproof system to extract funds from the unclaimed property accounts. His office fell under the State Controller’s Office, which in turn fell under the Department of Finance. There were other fiscal entities, as well, that were under the Finance Department. The State Treasurer’s Office was responsible for the custody of all money and securities belonging to or held in trust by the state. In addition, there was CALSTARS (California State Accounting and Reporting System) that developed, maintained, and supported the operation of the automated accounting system used by the majority of departments throughout the state. Removing funds from unclaimed properties was relatively simple. The amounts were regularly in flux due to new accounts acquired and refunds once claims were made to the state. Covering up the tracks of the payments to Van Houten was more challenging. Casey had re-routed the monies through a myriad of other departments. When the funds finally exited the state’s control and were paid out to a bank, it was difficult to actually ascertain from which department in the government it had come and for what the intention of the payment was. An auditor could be bogged down for years chasing the trail. It was far more likely to have been written off as “cumulative errors” since they amounted to a small fraction of the overall amount of money passing through the Department of Finance. That was how Casey calculated his chances when it first began. Things had changed, however.

Casey was both intelligent and creative. Like many others with such talent, he was also sensitive. The burden of James’s blackmail, as well as the involvement of embezzlement from his employer, was taking its toll on him. The past two years had been a nightmare and he was slowly breaking down and reaching his limits. From the beginning, when James divulged that he had compromising photos, Michael had insisted that they end their relationship. That was easy for Michael. He had a loving wife and a young son to come home to. Casey had nothing but an empty apartment. He regretted having moved out of the housing cooperative three years ago, although at the time it seemed to be a good thing to have done. He had just received a hike in salary and his new affair with Michael behooved them to keep their relationship clandestine. That would not have been possible with five other roommates running through the same house.

James could not have arranged for more mental anguish even if he had purposely gaslighted Casey. True, James never had any more contact with Casey after that one day at the golf course. His sole contact was with Michael, and that was seldom over the past two years. The revelation of the photographs taken at the theater was more than enough to hold Michael, and Casey, under James’s dominance. For Casey, it was the first time that he realized what an official “outing” would mean to him and his family. Casey was born and raised in a small town outside of Juneau, Alaska. He attended the University of Alaska, Anchorage as an engineering student and transferred to the University of California, Davis, majoring in Computer Engineering. While still a senior in college, he applied for and was accepted to a position with the government of California after graduation. His parents were very proud of him since he was the first college graduate in the family. With such a distance, Casey found that he could finally allow himself to enjoy his homosexuality which he had hidden most of his life. But he knew that if his parents ever found out, it would break their hearts. That was just the way they were. Small town Catholics. He was convinced that if he and Michael had not complied with James’s demands, James would have made certain that he lost his job in a scandal and that his family would have been informed. But now, with time to reflect on the past two years, the situation was far worse. If he were discovered, there were criminal charges to go along with the disclosure of his private life.

Casey had contemplated suicide. But his strong catholic upbringing negated that. It is funny, he thought, that the teachings of the Church had not prevented him from having sex with another man, or even stealing, for that matter. No, there were some things worse than death and, yet still, they had to be chosen over death. Casey felt he had no choice. He knew he would be betraying Michael. Had Michael betrayed him by leaving him to fend for himself? That didn’t matter. For his own sanity, Casey decided that he had to make a clean breast of it all. He set up an appointment with his highest boss, Andy Cho. 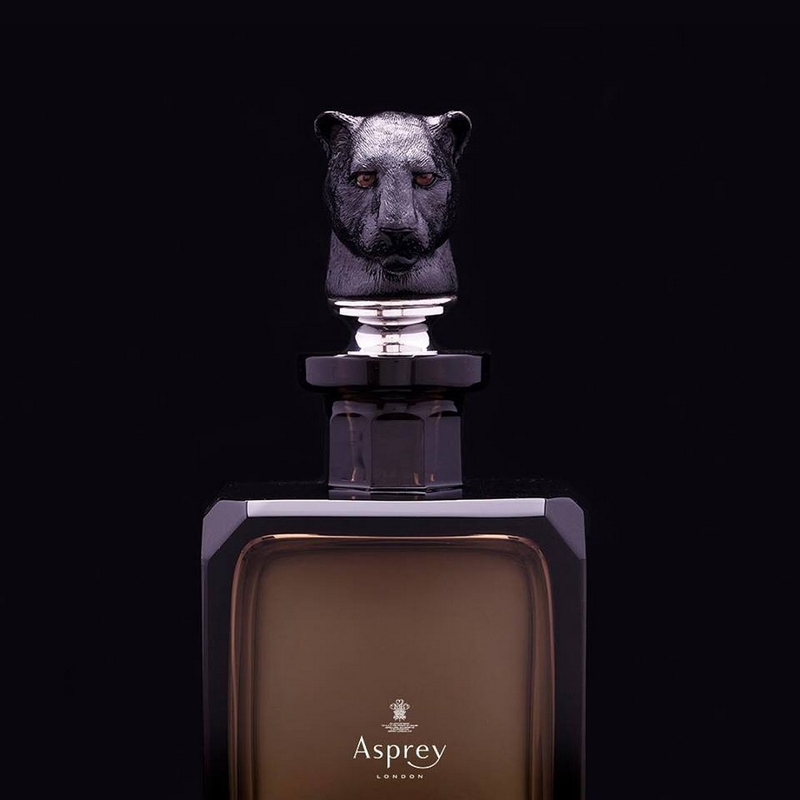 Andy Cho had been putting in overtime, compiling the notes he needed for his friend and boss, Ed Foley. How many years had it been now? Closer to twenty than fifteen. They had worked well together and had come so far. Andy had always looked up to the Governor. Ed Foley was a decent man who had refused to fight the dirty fight. He always stood above it and trusted in the people to discern the chaff from the grain. This time the Governor, for the first time Andy had ever known, was going to follow an entirely different path. He would make Machiavelli proud. Perhaps Andy had misperceived Foley all these years. It was possible. Who knows what someone’s true character is? An accomplished politician could mask his persona well. This time he would be destroying another man’s career, though. It was not as if this other man was an innocent. Far from it. Grant Thornton would do everyone a huge favor if he would step out of politics. He was a cajoling cozener who could persuade the public into believing anything he wanted. His intentions were impure and self-centered. He was an insidious politician and it was practically a public duty to dispense with him. But Andy felt uncomfortable with this method. Still, the alternative would be less than tolerable. If they did not do this, he and the Governor would leave in shame. More particularly, Andy’s chances of finding a good job in the position of fiduciary trust would be pretty much nil. He had better do this correctly then.

His thoughts were interrupted as Casey Castlemount entered his office. Was it already five o´clock? He remembered he had this appointment. Hopefully, the young man was not here to request a raise. Bad timing.For the next half hour, Casey poured his heart out. In an emotional cascade, Casey first started by relating how the whole scheme had started. He outlined the manner in which he constructed a labyrinth of trails within the departments and how the money left the building to its ultimate destination. He was very gentle in how he explained Michael’s involvement.Andy Cho simply listened as Casey spoke, uninterrupted. Casey was thankful for this since he did not know if he would be able to continue had Andy castigated him before he could confess to his deed. Likewise, Andy needed time to absorb this information. He could not have imagined a more unfavorable scenario. This evinced that the crime had taken place under his supervision. Divulging this would not help the Governor any. Lt. Governor Thorton would make sure of that, using it against the Governor in the next election, if the Governor even made it that far. With his abilities, Thornton would twist the facts to make the worst showing for the Governor, far before any election. It was a death sentence for Foley as well as for himself. Andy just watched as the young man cried and eventually was reduced to a babbling child.
It was time to make the most of this. Andy first comforted Casey, careful to make no physical contact. He did not want anything to be misconstrued. He acted as an avuncular boss. When Casey had control over himself, Andy spoke, “Let me handle this, Casey. Do not tell anyone else. Is that clear?”
Casey just nodded.
“Does Michael Clary know that you have come to me?”
Casey shook his head no.
“Does anyone else know about this?”
Again, Casey indicated no.
“Good. Let’s keep it this way, for the time being. I have major damage control to do here. It is imperative, though, that you desist with your actions. If you are contacted by anyone asto why no payments are being made, tell them that you are having some accounting problems, and then contact me immediately. Understand?”
Casey spoke, “Yes.”
“I can only help you if you keep me informed, and nobody else. Got that?”
Again, “Yes.”
“Fine. Go home. Come back tomorrow as if nothing has happened. Trust me to take care of this. If it gets out, we all will lose.”
Casey left Andy’s office feeling unusually relieved. It was like the time when he and some friends pulled a prank as kids and it went terribly wrong. One of his friends was hurt badly. Casey went the following Sunday to confession. The priest was very understanding. The penance required him to come after school for two weeks and work as an acolyte alongside the priest. He felt he got off easy. He now had the same feeling. Maybe he would visit the local Catholic Church this coming Sunday.
Andy thought about what he should do. He could turn this information over to Homeland Security. Would they believe it?
Would they demand that this young man and Michael Clary be held on treason? The money was going to terrorists, the agent had claimed. Casey mentioned none of this. He operated under duress. Was this James Van Houten fellow aiding the terrorists? If he revealed this, how would Lt. Governor Thornton react? That was a moot question! He knew exactly how
Thornton would react. Unfortunately, the Governor was right. He decided not to reveal this to Governor Foley, and certainly not to Thornton. It would stay buried. As would Thornton. 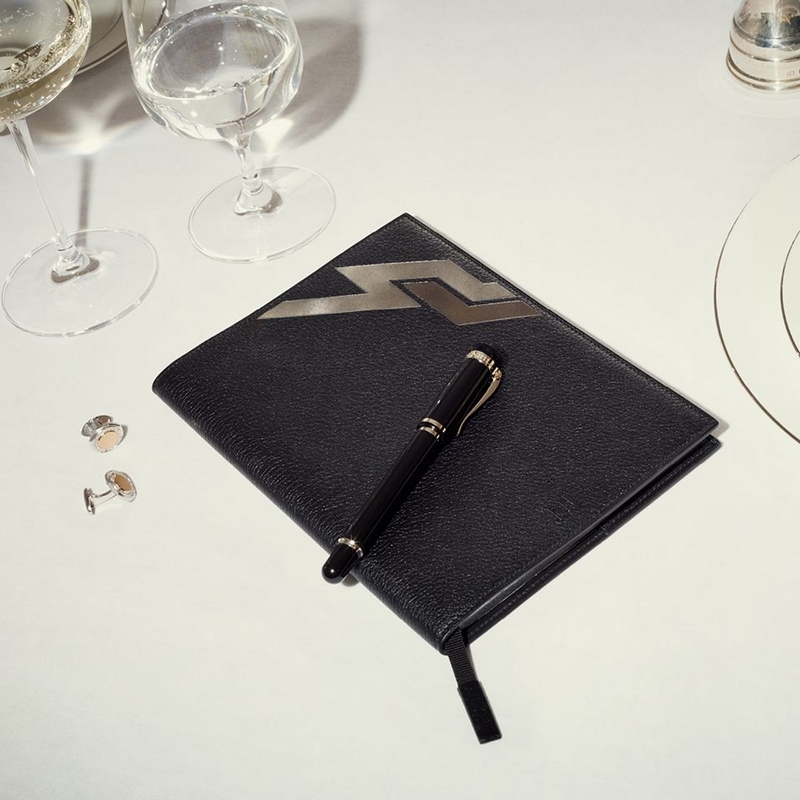