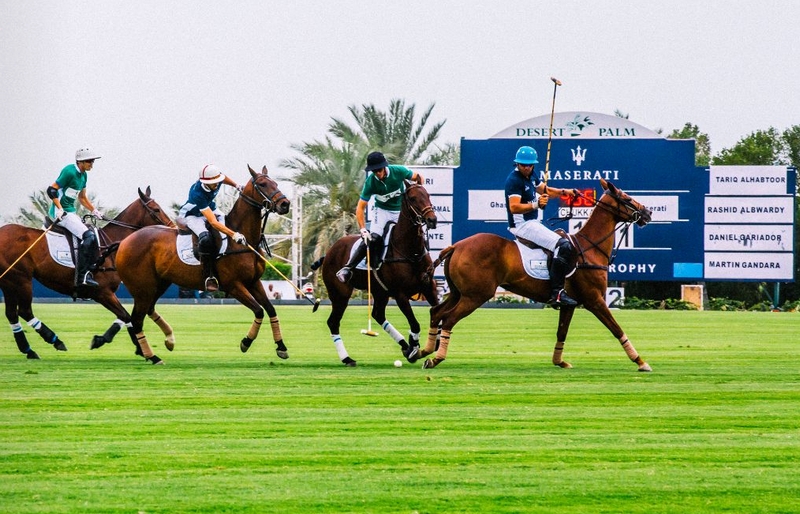 Back out on the polo field, it was still in the early minutes of the 4th and final chukker. The Maltese Cat’s team had a comfortable lead and was preparing to knock in the ball after their opponents had hit over the backline, missing a chance at a goal. The Cat decided to have a little fun. Noticing that his opposite number was busy
talking to a teammate, the Cat nodded almost imperceptibly to his Back. The other man acknowledged it without a sound and with hardly a movement. The Cat streaked downfield towards the sideboards on the right side of the field. His opponent was caught off guard. The Back arched a beautiful 90-yard drive down the field to the right. The Cat was already on the line of the ball. Looking back, he saw that no one was near him so he crossed over the line and made a beeline towards the opposition’s goal with the ball lying between him and the goal. As he approached the ball, he checked once more behind him. He felt the mallet grip lying along his loose fingers, and decided to dispense with a preliminary swing. He drew his elbow slowly back. Gracefully, almost in one, smooth motion, he pivoted his hips over his saddle and dropped his torso down over the right side of the horse, aligning his shoulders parallel to the horse. He kept his head still, his eyes tracking the ball, as he
extended his hitting hand backward and upward and out to the side. It stayed there momentarily, suspended in time. Then, he languidly guided the butt cap of his mallet down towards the ball. Keeping his shoulders still and in line with the horse, as his hand came down he gave an additional, gentle tug, and then quickly decelerated his hand. This snapped the mallet around, allowing the mallethead to catapult forward, sending the ball 130 yards towards the goal. The whole action appeared effortless, almost as if it were completed in slow motion. This was his signature Catwhip of which he had written about years ago on his polo website. The Cat squeezed his legs together around the horse and felt his mount accelerate forward as if he was slipping a Maserati into a higher gear. When he reached the ball again, checking behind him once, he hit a line drive 80 yards through the goal posts. Still, no one was near him. At this level of competition, he could do this all day. Instead, he decided to give his mount a rest and let the others enjoy the remainder of the game. He was content to ride around the field somewhere in the general vicinity of the rest of the players. Besides, his mind was somewhere else.

From the sidelines, the spectators took note. A woman remarked, “I have never seen any player play with such fluidness. He doesn’t even seem to be trying. What a shame. Imagine how much better he could be if he did, if that were even possible.”

The man next to her explained, ¨What you see as indifference actually took years to perfect. It is not that he is not trying. He just gives the appearance of such. The Cat calls it Sprezzatura,” letting the word roll off his affected Italian accent.

Sprezzatura was actually a term coined by the 15th Century Italian diplomat Baldassare Castiglione, who defined it as ‘a certain nonchalance, so as to conceal all art and make whatever one does or says appear to be without effort and almost without any thought about it’ The Oxford English Dictionary defines it as ‘studied carelessness’.

The man said to the woman, obviously trying to impress her with his feigned acquaintance to the Cat, “He once explained to me, when someone mentioned that he earned his degree at USC, that it stood for a degree from the University of Studied Casualness.” The man smiled an intimate crooked smile. The woman was far from impressed though and walked away.

When play was over, the Cat let his groom lead his pony away and went over to Jimmy, who was sitting down, sweaty but happy, drinking from a bottle of water.
“Great game, Cat.”
“Let’s go over to The Club.”
Jimmy nodded his compliance. He got up and started to walk together with his friend towards the parking lot.The Cat glanced at Jimmy’s right forearm. He saw a large, red spot, which had been baked by the strong sunlight during the last hour of play. Jimmy had explained to the Cat once that it was the vestige of an accidental burn caused by a gas stove exploding on a camping trip. It was a careless error that caused him some discomfort only when he forgot to use sunblock.

“Better get some cream on that,” the Cat told Jimmy.

On their way out, some of the crowd took note of the two players, particularly of the Cat. This notoriety often occurred when he played either polo or tennis. His graceful style commanded both attention and admiration. In general, though, the Maltese Cat was not one to stand out in a crowd. At a bit over five foot nine, he was of
average height, except in certain countries where he might be able to see over the heads of others. That was categorically not the case in California. His general appearance was also not imposing – his body was thin and wiry. He was athletic-looking but he was definitely not the prototype male model who women swooned over. He had his fair share of female admirers, but this was due in large part to his pleasant personality and his warm, brown eyes. He was always popular with small children and with dogs, which in and of itself spoke loads about his character. The Maltese Cat could normally slip through the crowds unnoticed, and this attribute had served him well in his bouts as a corporate spy.

But today he had just come off the field after playing on a higher level than the rest of the polo players, and people wanted to meet him. Waiting on the sidelines, a group of men and women watched as the Maltese Cat walked by. Trying to make small talk, with hopes of making his acquaintance, a woman decked out in a flowery
summer dress and a wide brimmed bonnet politely but coquettishly asked, “What is your handicap?” She had meant his polo handicap, a standard opening line, but the Cat was ready with one of his repartees.

The Cat turned his head as he hurried along and replied, “I suffer from Liberosis.”
The woman, not understanding but now embarrassed and suddenly concerned, said, “Oh, I’m so terribly sorry. I didn’t mean to intrude. I hope it’s not serious.”
“No, ma’am. I try not to let it bother me.” 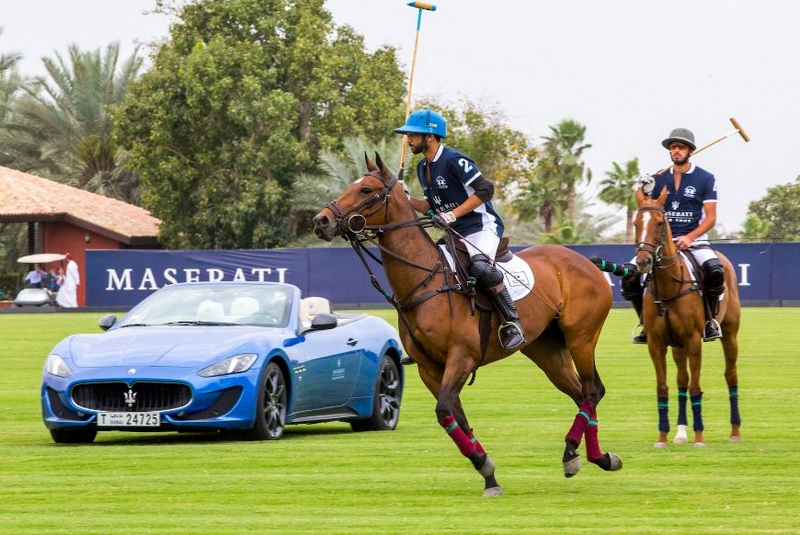 The Cat winked at her and continued walking, leaving the woman more than a bit confused.
As the Cat and Jimmy departed, James was still sitting, nursing his swollen leg. It looked like the Zimbabwean flag – green, yellow, red and black. Oddly enough, nobody from the crowd came by to extend their condolences.

Jimmy and the Cat took separate cars. Winding over San Antonio Road, onto Highway 101, then onto Highway 37 towards the town of Novato, they both veered off to the right and drove into the parking lot of The Club. This was their own private joke. Since the polo club had no clubhouse, the two players had adopted this as their official club. When they moved to the Sonoma location, they regularly visited here still. It was the Stone Tree Golf Club. The golf club had ample parking and a restaurant with a pleasant, clubbable atmosphere. The food was good and the attendants were always friendly. Also, it was not frequented by the polo crowd, which fitted the two men just fine.

Jimmy and the Cat settled down at a window table which afforded them a generous view of the verdant golf course outside. Perusing the menu, they both selected the Angus beef hamburger and fries dish, waited for the waiter to take their order and settled down with soft drinks.
When their order came, they started to eat. Jimmy started the small talk. “These are still my favorite hamburgers, even if this food is supposed to be bad for you.”

In between mouthfuls, the Cat replied, “You know, Jimmy, when I was a kid we didn’t have all these Bad Foods around. Today, you have deadly peanut allergies, lactose intolerance, gluten-free this, low trans-fat that. When I went to grade school all the kids ate peanut butter and jelly sandwiches on white bread. A small carton of whole milk cost 5 cents from the cafeteria. I was expected to drink that every day, although I sometimes saved the nickel and bought a candy bar after school with my milk money. Lots of sugar and sodium. We grew up bigger and stronger than the generations before us. And the kids were not was fat as they are today. There was
no Ritalin because there were no ADHD kids. We burned off the energy during recesses, playing sports.” He took another bite out of the giant burger.

“Same here,” commented Jimmy. “And we had fist fights in school.”
“Ditto,” answered the Cat. “Better preparation for the realities of life. These poor kids today don’t know what
they are missing. Their mothers have personal trainers and life coaches. Their kids alternate between fast food and strict diets the personal trainers recommend. And Americans no longer dominate the Olympics. Who’d of thought?”

“I liked you telling off that cheeky young lad the other night at the restaurant.”
“He had it coming. I detest people butting into other people’s business and telling them how they should deport themselves. It’s funny how some people are so concerned about politically correct speech but tolerate profanity in music lyrics and films for their children. They also don’t care about violence in the video games their
children play. That’s why I decided about twenty years ago that I would be apolitically correct. Just another way of saying I don’t give a rat’s sphincter.”

They ate in silence for awhile. When they had finished, the Cat started the serious conversation. “There is a small problem with our boy friends. It appears that they are all broke.”

Jimmy did not hide his surprise.
“How can that be? They live and party like kings.”
“The Kids ran a check and it seems that they are all tapped out, living from month to month.”
“So who’s footing the bill?”
“Don’t know yet. But we’ll find out.”