The Maltese Cat’s real name was John Jaxson, the name he used with most persons, both business and private. But to those in polo circles, and to his closest friends, he was simply ‘Cat’. The origins of his moniker went back many years.
As a child, he used to hang around the Polo Grounds in San Francisco’s Golden Gate Park. Some of the players allowed him to hot-walk their ponies, which in equestrian jargon means leading a horse at a walk, either to warm it up or to cool it down after it played on the field. This was his introduction to a sport that would become his lifelong passion.
One day, the old cowboy who ran the stables spoke to the young boy.
“You play this game?”
“Can’t afford it.”
“You ever go to the library?”
The boy nodded.
“You know Rudyard Kipling?”
“Sure. The Jungle Book.”
“Look up The Maltese Cat and read it.”
¨It’s about a cat?”
“Just read it.”
The following week the old cowboy spotted young John.
“Did you read it?”
“Yes, Sir.”
“Understand it?”
“It’s about polo!” the boy beamed.
“It’s more than that. It’s about someone like you. Someone who doesn’t have all the money like these fellows do,” the Cowboy said, waving his hand in the general direction of the other players. ”But that don’t stop the Cat. He learns the Game. And he plays better than the rest.”
John wondered but said nothing.
Then, every weekend when the boy came around, the old cowboy called out to him, “Hey, Cat! How’s it going? Still fixin’ to play polo?”
The boy responded, “You bet.”
And his nickname stuck. The other players picked up on it.
At the Polo Grounds, John was ‘The Cat’.
Some of the players allowed him to ride their ponies to warm them up. Some donated sticks to him. After watching him practice on the field all alone, they even let him start to play in some of the club games and were impressed by how quickly he learned. The prospects looked promising for him.
Then, one day, they shut down all the polo in Golden Gate Park. 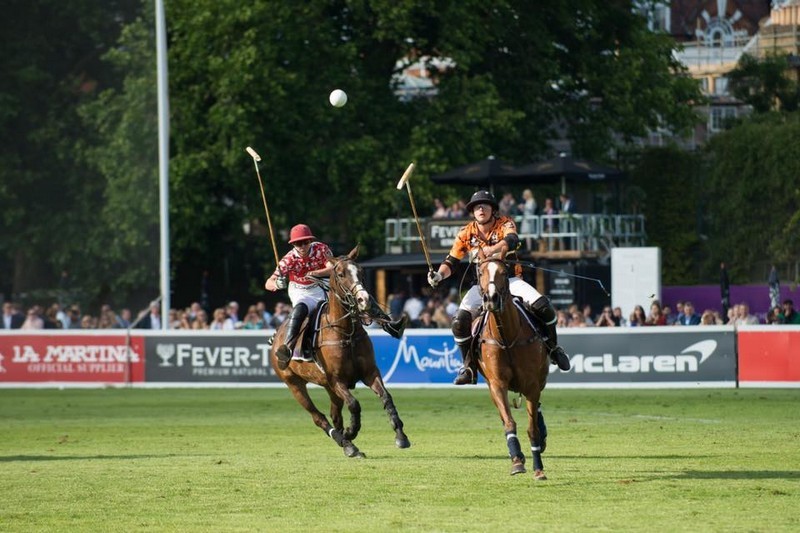 Car Ride Back From Menlo Park

The Maltese Cat drove back from the polo field in Menlo Park into San Francisco on Highway 280, lost in thought. What he had seen at the club disgusted him. The boorish behavior of the player in blue occupied his thoughts.

There was a time that he would punish such a person just to correct the inequities of life. The Maltese Cat had made a career of doing just that, and it paid handsomely, as well. For, although the Cat was officially a Business Advisor or Business Consultant, in reality, he made his living in corporate espionage.

There was something marvelously anonymous about being a Consultant. The title connotes so much and describes so little. He had been a business consultant since his junior year in college. His father had made the switch over the year before from being a federal judge to retiring and selecting only cases he himself approved. The Cat also had the good fortune later to have met an aerospace engineer in southern California, who had retired and rented out his services to a firm that subcontracted to his old company. The Cat recalled his conversation with Sam Cohen.

¨This consultancy business is wonderful!” the old man explained. ¨I wish I had discovered it years ago. I don’t have to go into the office if I don’t feel like it. I have a telex in my bedroom. I get to stay at home with Claire. And I get paid three times as much as I did before for doing the exact same work!”

That was enough to convince the Cat to be an independent consultant, and that is what he did. First, he consolidated the knowledge that he had already acquired in his young life. He was an honor student in college, and a number of other students wanted to know how he got such high grades in school. This became a saleable commodity. Likewise, he was talented in tennis and could analyze other players’ games better than most coaches. That also became another saleable skill.

Over the years he had taken on jobs with companies, but always on his own terms. Usually, he was hired short-term to fix things. And with each new job, he added more valuable information to his vast array of practical knowledge. Working on the Spacelab project as a Project Controller, he discovered how government contracts worked. Later, being brought into the US Army Corps of Engineers to repair and re-design the selection process for granting architectural/engineering projects, the Cat found out the ways the government made their decisions. In fact, the Cat was the person in the Contract Management Department who was tasked to explain and justify why certain contractors received their government contracts. Along the way, he discovered that Big Corporations and Government could be involved in dirty business. There were a plethora of unscrupulous businessmen and corrupt politicians, and the Cat decided to take it upon himself to correct some of the misdeeds these people performed.

Perhaps it came from something he had heard of in his youth. “If you are going to steal, steal from a crook, because a crook can’t yell Cop.” The Maltese Cat didn’t eye separating unearned wealth from a crook as actually falling under the definition of stealing. He saw it solely as a social correction. These corrections had the side effect of being quite profitable to him over the years. He was cautious enough never to pit himself against organized crime. This would have been foolish as well as hazardous since they could bring far more weight to bear against him. Instead, his marks were those persons who might embezzle from their own companies and who, when discovered, might even get a bonus and a farewell so as not to give the company bad publicity. Then that person would move on to more fertile hunting grounds and repeat the process. He uncovered various politicians who had lined their pockets, as well as their offshore bank accounts, with money that was paid as favors from companies interested in doing business with the government. He had never tackled the monster cases, like Enron or Bernie Madoff, probably because he was just not in the right place at the right time. But his business cases had provided him with a comfortable life and made his work highly entertaining and mentally challenging. And, he always shared his wealth with many of the unfortunates.

Highway 280 was rapidly turning into the approach to San Francisco so, in order to avoid the urban traffic, the Cat turned off on Hickey Blvd. and drove up to Skyline Boulevard, overlooking the Pacific Ocean. This was far more scenic a route and he preferred that to the mindless compacting of cars into the 19th Avenue thoroughfare. Later, he could choose to drive along the Great Highway or take Sunset Blvd. and then drive through Golden Gate Park. Either way, it would still be awhile until he arrived at his Nob Hill home.

His thoughts returned back to the polo player in blue. Certainly, there was no business reason to involve himself in the affairs of this man. But it had always made his job easier for him when a mark was a despicable character. This polo player was certainly that. He could imagine that this man was a person who was spoiled from infancy and accustomed to getting anything he wanted. He had no regard for others and probably thought of people simply as pawns to use and then dispose of. Useful idiots. The matter on the polo field was so petty and of no consequence, but the player was livid with anger that he might have been wronged by someone lesser than he. No doubt a psychopath.
Certainly a reprobate.
Oh well, thought the Cat. It was not his fight. 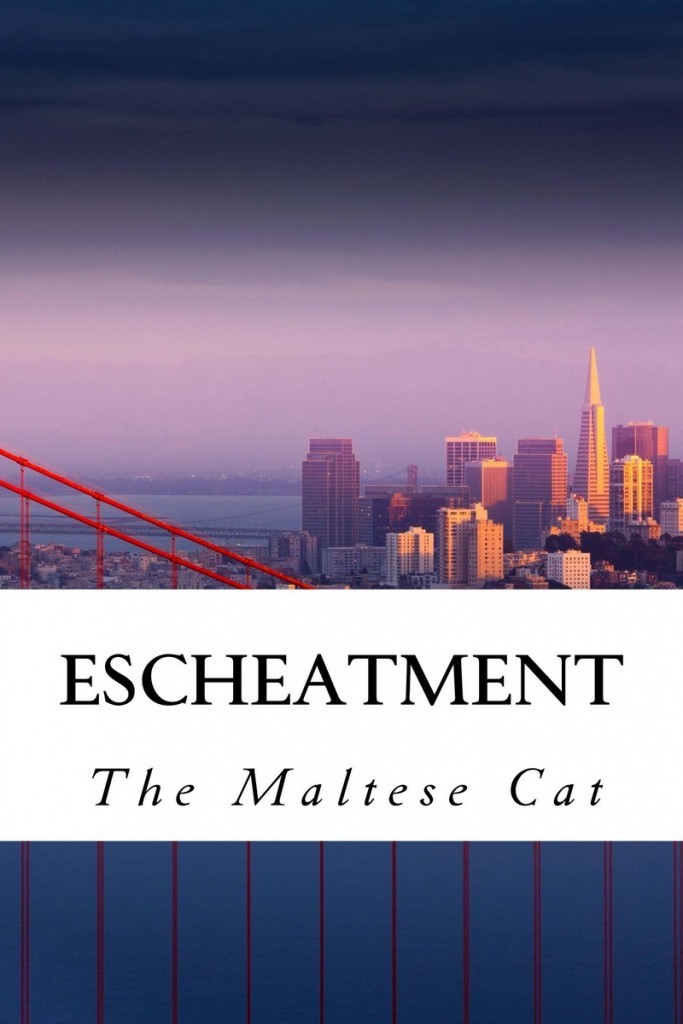 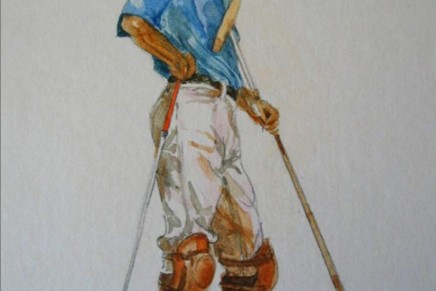 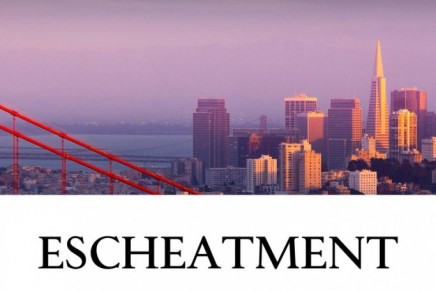 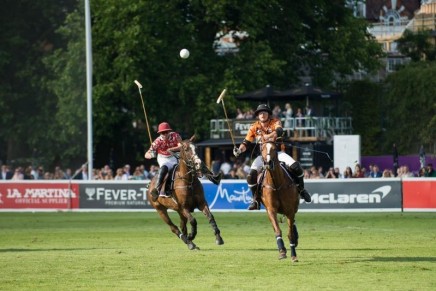