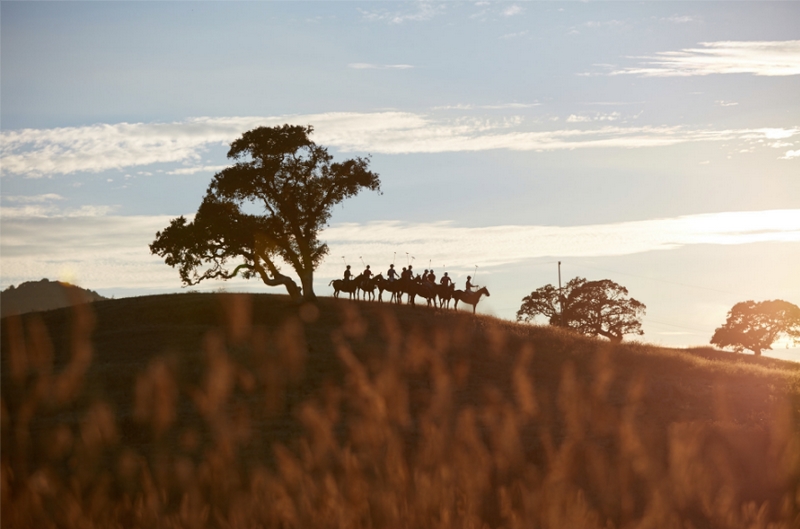 The Maltese Cat was inspecting his polo ponies at the pony line, in anticipation of the match. His groom, Candy, had the ponies lined in a row, their tails tied up and taped, their legs bandaged with polo wraps. Candy Maldonado was from the town of Cañuelas in Argentina, located less than an hour south of Buenos Aires. He had been the Cat’s groom for almost 10 years now, and he cared for the Argentine polo ponies as if they were his own children. Candy had organized the saddles, bridles, and the mallets on the ground laid out on thin, green blankets. He prided himself on his precise organization, leaving as little to chance as possible. The Cat looked at his ponies. All were relatively short, none taller than 15 hands one, or 61 inches, with most of them measuring a little less than that. Although they all were imported from Argentina, they all now had African names, named by the Cat. This was something unusual in the polo world but the Cat just liked how the names sounded. They had an exotic ring to them and he always regarded his ponies as exotic and something special. Six horses: Tanganyika, Katanga, Kenya, Kaduna, Zambezi, and Mozambique. Everything seemed to be in order, which is what he came to expect from Candy.

Jimmy’s ponies were another story. Also all from Argentina, Jimmy had another idea for the names of his ponies. True to his propensity to enjoy himself through drink, his horses were aptly named Guinness, Tullamore Dew, Jack Daniels, Dewars, Baileys, and Ballantine.

They were not supposed to be playing this weekend, but Jimmy got a call on Wednesday. The local club in Petaluma had scheduled a charity Friendship Tournament on the weekend. Jimmy had already declined. Then, one of the teams pulled out and the tournament needed another local team to make up the four teams. After a long discussion, Jimmy conceded and started to round up three more players.

Now they were ready to take to the field. They had drawn a team made up of players from the South Bay as their opponent. Since the teams were not handicap rated, this would be an easy match. Their opponents were novices. After all, it was a friendly tournament. Still, the weather was beautiful and it promised to be an enjoyable day. That was until Jimmy eyed who their opponents really were.

“Bugger!” exclaimed Jimmy, speaking to the Cat. “Look who is playing number one on their team!”Sure enough, number one in blue was James Van Houten, shouting directives to his teammates, although he was not the team captain and had no authority.

The Cat was staring downwards, testing two of his mallets. His mallets were distinctive, with the heads stained a dark honey color, and varnished, capped at the tip with an inch and a quarter of gold paint. Bands of green/yellow electrical tape were affixed low on the shafts to delineate the lengths so that his groom could readily identify the proper stick needed. One band for a 51-inch mallet, two bands for a 52-inch length, 3 bands for a 53. The lengths went up to 54 inches.

“What have you gotten me into, Jimmy-boy?” queried the Cat
“I swear, I didn’t know,” was Jimmy’s weak excuse.
The Maltese Cat smiled and said, “Doesn’t matter. Let’s play some polo.”
¨Audeāmus,” Jimmy verbally saluted Cat. It was his favorite phrase going into a polo match. It was Latin, meaning May we dare or, more poetically, May we be eager for battle.
¨Audeō,” answered the Cat in his standard reply, meaning I dare, to show that he was ready and willing.
They always went through this routine and it gave the two comrades comfort when they played together.

Already starting in the first chukker, or period of play as it was known in polo, James Van Houten proved to be the asocial egomaniac he always was on a polo field. He rammed his opponents relentlessly, oblivious to the consequences and the rules. He was called repeatedly for fouls, but after protesting each vehemently, he continued his modus operandi, since that was all he knew. Numerous times James slammed into the other team’s horses, almost taking them down on more than one occasion. Once, when Jimmy was selected, the Irishman had to contain his pugilistic temper, not an easy feat for Jimmy. James had not yet targeted the Cat. That had been his good fortune so far.

Now, the Cat noticed James out of the corner of his eye. The grimace on James’s face betrayed his pernicious intentions. The Maltese Cat was ready for him. James approached, at speed, at almost a 90° angle from the right. As James turned his horse sideways at the last split second and made contact, the Cat steadied his mount and raised his right foot about 12 inches. James crashed into the Cat but his left calf struck the hardened steel of the Cat’s stirrup iron. James let out a bloodcurdling scream that could be heard across the field. He reined his horse to a halt and slithered down to the ground, writhing in pain. An ambulance drove out onto the field and James was taken on a stretcher back to the sidelines. As an attest to his lack of popularity, the crowd applauded, primarily because he had received his just desserts following an afternoon of incredibly abusive play. James acknowledged the tumult with a wave of his hand, believing it was due to his popularity and his moxie.

Jimmy smirked as a new rider was mounted to take James’s place. The Cat had shown Jimmy that maneuver once and explained how painful it could be to a relentless but disingenuous opponent.

As the players rode back out onto the field, Jimmy noticed just how much his opponents were overmatched. He watched as the riders rode at a canter, each flopping around like fish in a fishmonger’s wicker basket, their buttocks crashing into the backs of their horses on every rhythmical beat. He stole a glance at the Cat and noticed how his friend seemed stuck to his saddle with glue, gliding along with his mount. There was an
undefined elegance to how the Cat rode erect, head up, shoulders back, yet all so relaxed, almost as if he were one with the horse. The effect was enhanced even more so by the Maltese Cat’s green helmet with its trailing blue and turquoise scarf waving in the breeze. This gave him a majestic appearance that always drew attention to him on the field. It seemed at odds with his personality, which was one that sought little attention in life, but the Cat had explained to Jimmy that he had once watched an Argentine player in Germany play with a similar headdress and it reminded him of pictures he had seen of the British cavalry dragoons. The Maltese Cat was an incurable romantic and he allowed himself this one ostentatious quirk as an exception in the sport that he was so passionate about.

Jimmy was thankful that his friend had shared so much equestrian knowledge with him over the years. Unlike some players, Jimmy had not come from a horse background. He learned to ride at the same time as he learned the game of polo. That normally might have put him at a distinct disadvantage, but Jimmy was a fast learner and an adept athlete. In his youth, he had played both association football and hurling in his native Ireland. Now, under the tutelage of his friend, he had learned to ride horses and had become fairly accomplished. Luckily, many polo players in the United States took up the sport in their 30s or 40s, as Jimmy had. It was a simple financial question for most. One didn’t have the disposable income until later in one’s career.

The United States was no longer a horse culture, as it had been before World War I and II. The game of polo had never really caught on with the broad public, anyhow. It was relegated to the playgrounds of the rich, although in the early 1900s spectators of non-players at polo matches in Long Island sometimes measured 40,000 or more. India and Argentina still drew large audiences, which explained why Argentina led the world in quality of play over the past 80 years – that, and the fact that playable ponies in Argentina were far more numerous and cost far less than in the United States or in Europe. Maintenance of these animals was also low there, where they grazed on open fields at little cost to their owners. Jimmy felt privileged to have discovered this sport before he became too old to play. And, indeed, he was privileged since it cost him thousands of dollars to indulge in his avocation. He certainly chose one notch higher than playing golf.