James was on the telephone to Bernard Egli.
“I advised you right from ze beginning about using a Treuhand,” said Egli.
A Treuhand is an anonymous and autonomous trust, often used as a financial vehicle in German-speaking countries.
“I assured you it vould be safe. I told you zen zat, as an American, you could not hold a Swiss banking account. But you insisted on a secret, numbered account like you zee in zose Hollywood movies. You had to play Super Spy. I also told you zat would not be possible, but you knew better. Ze only vay to do zis would be to assume an existing, dormant account but I varned against zat. You insisted on zis.” James retorted, “How was I to know that the former owner of the account would show up to claim his account?”
“I varned you zen zat zis was a possibility.”
James argued, “But he can’t just take everything that was in the account. Especially when he made no deposits!”
“But zat is exactly vat happened.”
“How did he find out that the money was sent to the offshore account?”
Egli was a bit abashed. “Ze owners of the account were able to prevail upon our friends at the bank. Zey gave zem ze information.”
“But they only knew that the money went to your company. How did they find out about the other bank?”
“Zey were wery persuasive.”
“What the hell does that mean?” questioned James.
“It means zat zey were successful.”
“To hell with that. I want my money and I want it now!”
Egli said, “Zen you must go to Afghanistan.”

James Explains to the Boys Club

James was in a slough. Mr. Egli had explained who the prior owners of the Swiss bank account were. Taliban! My God. What were they thinking, doing business with these thugs? The damn Swiss will climb into bed with anybody for money, thought James.
Egli told him that they threatened his family. They showed him photos of other families that had resisted. Egli almost vomited once again at the thought of the pictures. There was nobody who could help him, they reminded him. The Swiss police would never be able to protect him. Should they start with his young daughter, or would he prefer that his wife went first?
“Vat could I do?” Egli asked.
“You could have kept your damn mouth shut!”
“Zat’s easy for you to say, sitting at home or in your office or verever you are.”
“And I suppose you got to keep your commissions?”
“No!” Egli lied. “Zey knew how much vas taken out of the bank account. Zey said zey would go to ze Turks & Caicos Islands.”
And now what? wondered James, back in his office a week later.
The Boys Club was in turmoil. They blamed James for their misfortune.
Hell, they would have never had any of this money if it wasn’t for me, James thought. It was his idea. And he did all the work.
All the organization. If it wasn’t for him, their accounts would have landed with the state and stayed there. Actually, he should be the one who got all the money.
And now it was all gone.
He couldn’t go to the police. Not any police, not in the Turks & Caicos, not even in Switzerland. How could he explain it? If the IRS found out about his supplementary income, well, that would put him in a fine way. Life was just not fair. He worked hard for this.
It wasn’t until the end of the week that he started to notice that his other finances were also not in order. His credit cards were not being paid as usual from the Turks and Caicos account. But when he tried to pay off the bills through his own bank, the payments didn’t go through. The interest and penalties accumulated rapidly on such large amounts and suddenly his credit was stopped for non-payment. Even after discussing the matter with his credit card customer service, the payments were not credited and he was back to where he started, except with greater debts.
The other boys were experiencing similar difficulties with their accounts. Even their company credit cards were being rejected, for no apparent reason. All of them were in panic mode. They decided to call a meeting. Sitting in the living room of Chris Croyton’s parents’ house in the Seacliff district of San Francisco, they all appeared like the  little boys they were twenty years ago. Frightened and clueless of what might happen.
“It’s pretty obvious that someone is targeting us,” asserted James.
“Yeah, but who?” asked Price.
“Who do you think?” replied James, as if the answer were self-evident. He squirmed as he thought about the possibility of the Taliban as his nemesis now.
“What do we do?”
“I think we are all stretched pretty thin. At least we have our jobs. The best thing would be to go to accounting and make sure your salaries aren’t sent to your bank accounts. Or open up a new account somewhere. It certainly isn’t safe anymore with your regular accounts.”
“But we all are overextended. How can we get more money?”
All were quiet for a moment. Then Bo spoke up.
“I know a way. The guy I always get our drugs from. He was talking the other day about expanding his market. It’s easy money. Don’t even have to come up with our own capital. He’ll front me the drugs, then I pay him back and get the next batch.
Easy.”
“Drug dealing? You serious?!” asked Croyton, incredulously.
“You make it sound bad, but you having been enjoying the stuff for years. It is simply a matter of fulfilling a supply and demand. Capitalism in its purest form. Tax-free. What could be more American?”
The rest of the boys felt uncomfortable with the idea but what choice did they have?
Bo offered to arrange everything. The others were required to find new customers.
“So what are we selling? Weed?”
“Naw. There’s no money in that. Everybody’s already got a medical card.” He was referring to the California law that allowed registered persons with a medical problem to purchase marijuana legally solely for medicinal purposes.
“The best return is on cocaine. But I can also get uppers, especially good for the college crowd for cramming for exams.
Also, ecstasy for the clubbers, Viagra for half the population and even roofies.” They all laughed at the last one. “You let me know what you need, I’ll get it.”
They decided at least to give it a shot.
They had no idea how they were playing into someone’s hands. 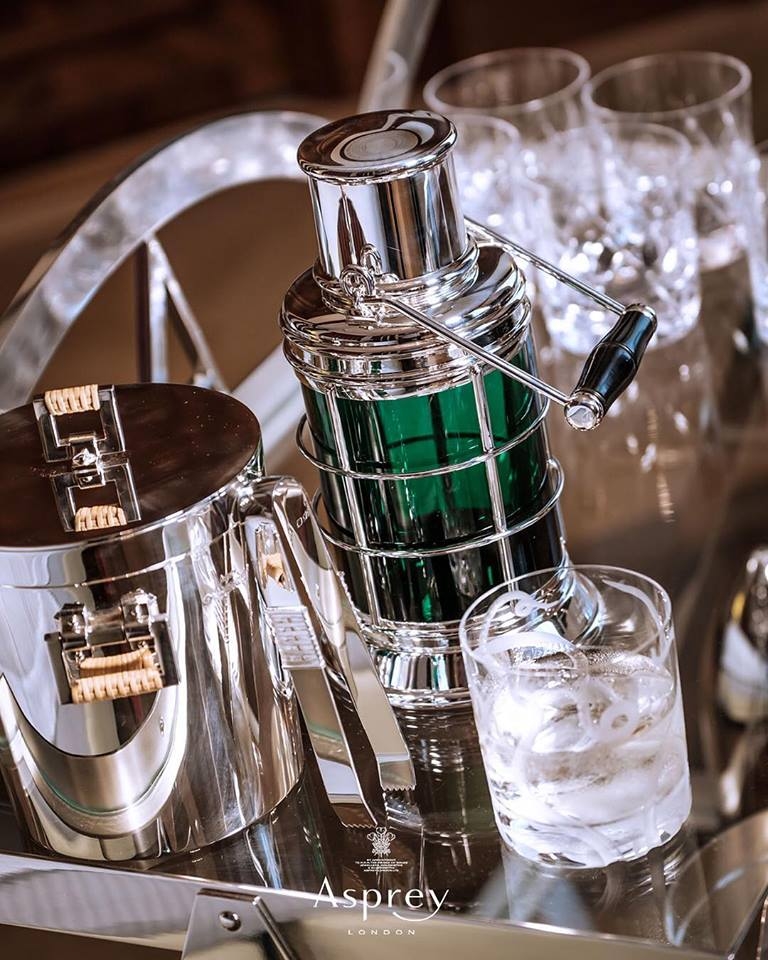 Grant Thornton met with Jim Henderson in a quiet restaurant in downtown Sacramento. It was the Red Lobster on Howe Avenue. Normally, the place would be busy but today was the middle of the week and they had arrived after the usual midday crowd. Jim had chosen this locale because he always enjoyed the Cheddar Bay biscuits.
“I’ve been talking to a number of some influential people in the state. I believe that you would have a very good chance in the next election. I hope I can get some firm commitments soon. Of course, that would mean that your intentions on running for office would become public. Is that a problem?”
“I don’t see how it will matter. Foley will try to run again for a second term. But you said that you could swing the party’s support my way.”
“Foley would normally have the party’s backing. That’s usually the incumbent’s privilege, and his advantage. But we have to start looking to the future. California’s demographics are changing rapidly. We are looking at a younger generation. And we are looking at an increase in immigration from over the border. These are the votes we are counting on. Foley, because of his age, will find his base in the older voters. But this is a diminishing base and this is the same base to which we expect will appeal to
the Republican’s candidate. That means that with Foley as a candidate, the election is practically a coin toss. No real difference between candidates. With you leading the Democratic ticket, we offer a fresh new option. My colleagues are in agreement with me.”
“That’s good, then.”
“You know, your appearance at the south central LA projects has given you a big boost. Great television coverage.”
“Thanks to your connection with the television stations.”
“Yeah, well, that’s what I’m good at.”
Henderson had persuaded the local Los Angeles television affiliate of a major network to use Lt. Governor Grant Thornton’s community visits as fill in their programming. He happened to know that they were lacking enough reporting. He arranged for an auto dealership to commit to additional TV advertising in exchange for the coverage, thereby making it financially worthwhile for the television station. In exchange for the auto dealership’s outlay for advertising, Henderson promised the automotive mogul a seat as a superdelegate to the next national presidential election. Promises were cheap. They could be given and later could be broken. That was the way things worked. Besides, one day the automobile dealer might become a critical vote in Thornton’s bid for a White House residency and Henderson would call in his chits. Henderson had found his racehorse and was looking to ride it all the way to the wire. Recently, Henderson had made the acquaintance of some powerful men who would be able to
help him in a presidential race. They had the money and the political leverage to perform in the political arena worldwide. They were already responsible for placing two former presidents into office. Together with young Grant Thornton, Henderson could see himself become a major power broker in the near future.

“Just keep your nose clean and let me worry about the election.”

Thornton had every intention of doing exactly that. His only vulnerability was perhaps with Willie Blackstone but he could resolve that once the Governor released the funds for the low-cost housing project. With so much riding on this, and with the backing of the state’s political machine, Thornton would not be engaging in any more deals like this past one. Twenty thousand dollars was peanuts. With a legitimate chance at the White House in a few years, he would be set for life. Look how Bill Clinton went from Governor to President, then on to becoming a multi-millionaire after he left office. No more small-time graft for him, thought Thornton. It was time to think in far greater expanses. This would be his destiny. First item of business: the Governorship. Foley was old and hardly an adversary for Grant. The election was practically in the bag. What could go wrong?