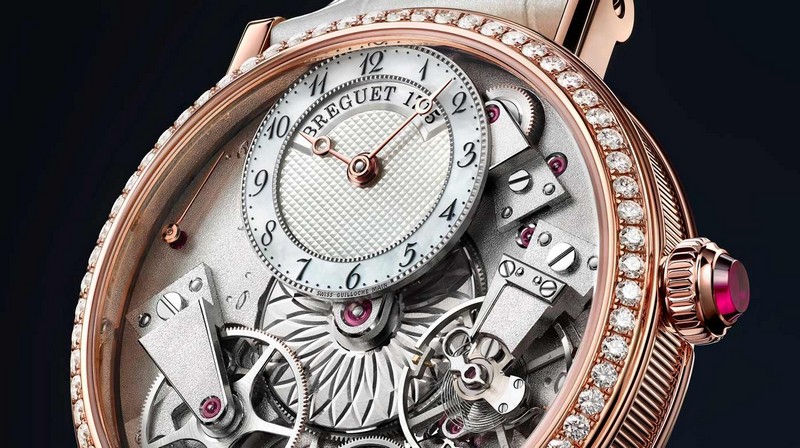 Breguet’s new self-winding Tradition Dame 7038 set to assert itself as a major player on the scene of feminine Haute Horlogerie. The luxury watchmaking house presents a worldwide exclusive glimpse at a new version of its Tradition Dame model, radiantly attired in rose gold.

First introduced in 2005, the Tradition Haute Horlogerie collection from Breguet has steadily expanded to include a palette of exceptional models now enriched by the rose gold Tradition Dame. Equipped with Calibre 505SR, it features a lever escapement with silicon pallets and a Breguet balance-spring also made of silicon.

“Breguet has succeeded in feminising a model whose aesthetic essence lies in mechanical horology, a field that many tend to reserve for men,” said the Swiss manufacturer of luxury watches, founded by Abraham-Louis Breguet in Paris in 1775.

Clearly visible front and centre of the watch, the barrel is decorated with a rosette motif and overlapped at 12 o’clock by a dainty offset dial in natural white mother-of-pearl, finely adorned with hand-crafted engine-turned “Clou de Paris” hobnailing. 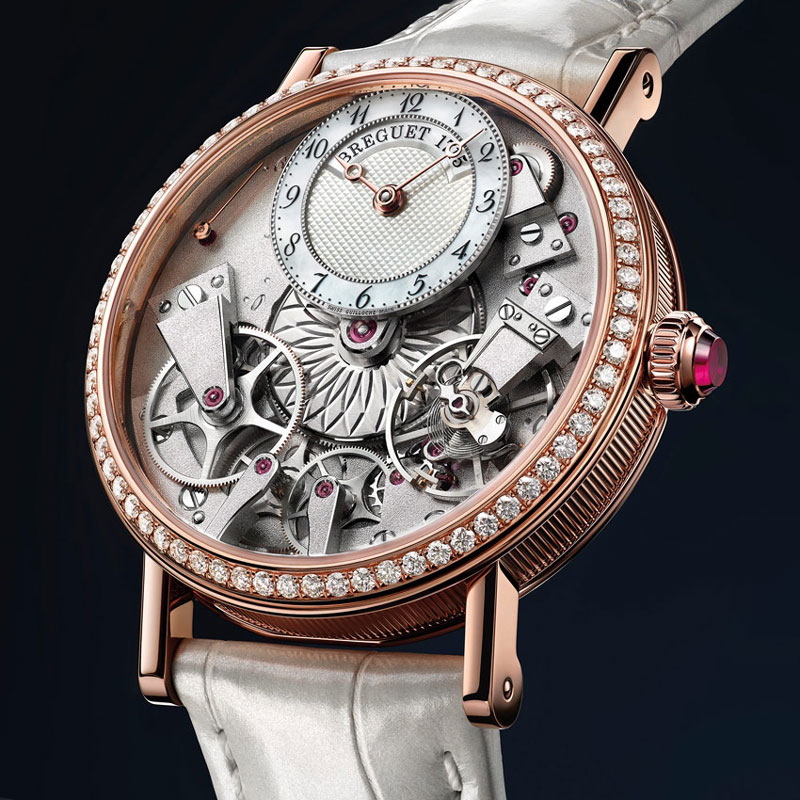 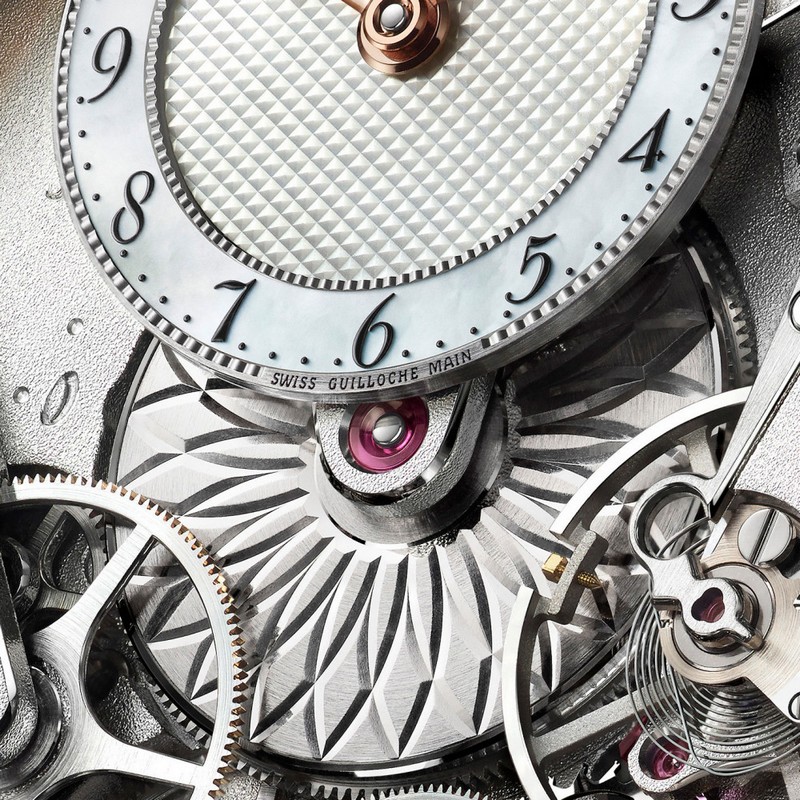 Although in full view, the main movement gear trains, as well as the bridges bearing them, remain  sufficiently discreet to ensure smooth and instant reading of the hours and minutes pointed by rose gold open-tipped Breguet hands. The sandblasted mainplate and bridges are rhodium-plated to create a pleasing contrast with the rose gold case. The latter is set on its bezel with 68 brilliant-cut diamonds, while a
watch jewel sets the perfect finishing touch on the crown. 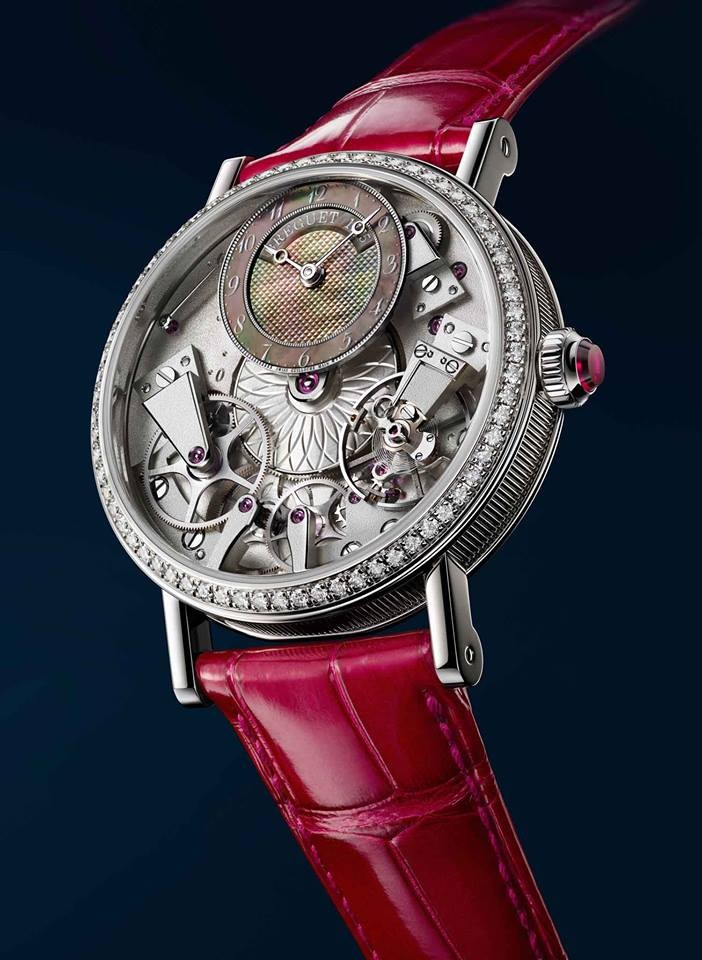 This January, Breguet won “Best Watch for Women 2016” for its Tradition Dame 7038, by the magazine Revolution.

Unveiled at Baselworld 2016, the timepiece was the first model within the Tradition collection to be entirely dedicated to female watch lovers. Combining elegance and technicity, this model presents a ultra-modern graphic structure proudly exhibiting almost all the movement components on each side of the mainplate. Breguet chose to accentuate the finesse of this piece through finely feminine finishing touches, such as a Tahitian mother-of-pearl dial that is hand-engraved by an engine-turned barrel.

This award by Revolution adds to the many prestigious accolades that Breguet and its President & CEO received in the past years. In 2012 and 2013, the magazine selected Marc A. Hayek “Man of the Year” for all his accomplishments as director of Breguet, Blancpain and Jaquet Droz. As for the Tradition collection, it is one of the brand’s most highly lauded. Since 2015, eight distinctions were received by various media outlets such
as Haute Time and Robb Report, in particular for the model Tradition Chronographe Indépendant. 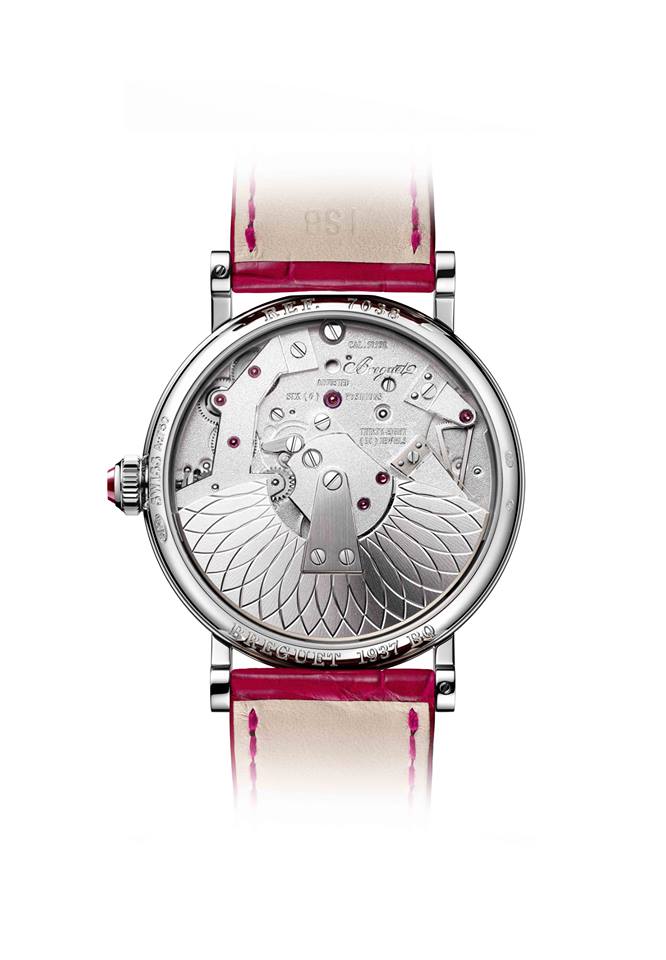 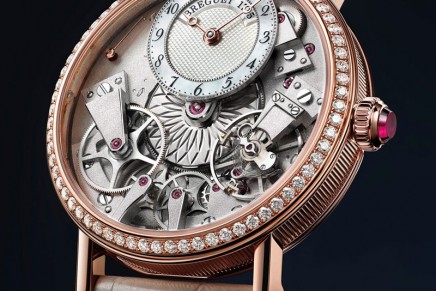 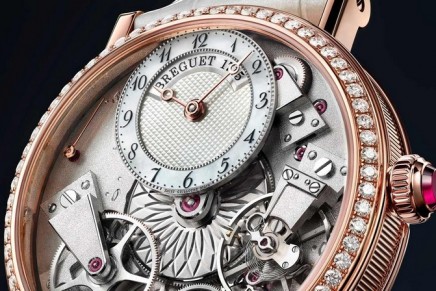 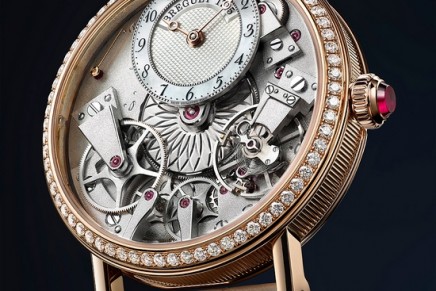 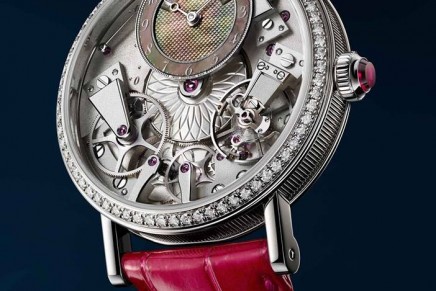 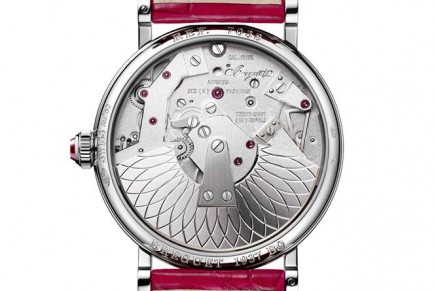