Since 2010, Louis Vuitton was commissioned by FIFA to provide a bespoke case to ensure the FIFA World Cup Trophy travelled in safety and in style. This tradition will continue for Russia 2018. Handmade in Asnieres, France, the case will be revealed on the pitch in Moscow at the Opening Match on 14 June, and at the Final on 15 July.

On 30 May 2018, Louis Vuitton will open a temporary pop-up store in Moscow at the Crocus City Mall, the biggest luxury mall in Russia. The pop-up store will be open from 30 May to 31 July. The Louis Vuitton 2018 FIFA World Cup Official Licensed Product Collection will be available in 50 Louis Vuitton stores around the globe and online from 14 June until end of July 2018. 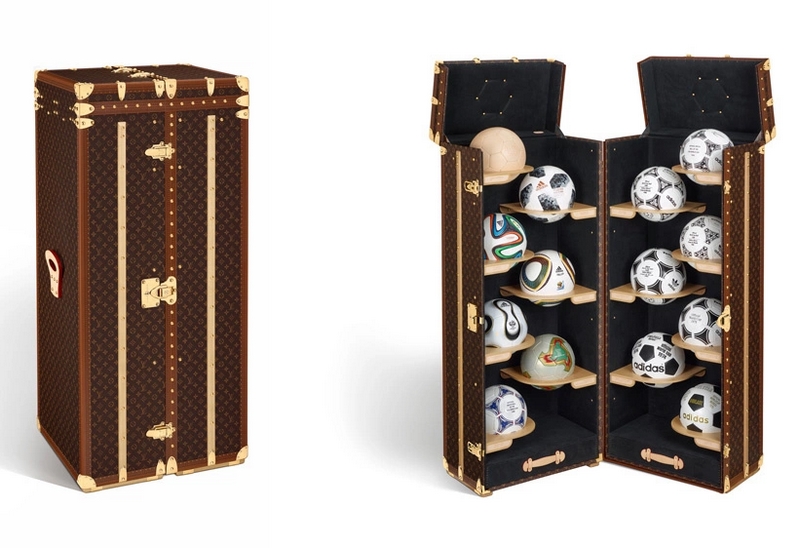 Louis Vuitton was commissioned once again to make a special case that will hold the Official FIFA World Cup Trophy, while it has added two new and exciting projects in anticipation of the world finals in Russia: an official adidas match ball collection trunk and an official licensed product collection.

Louis Vuitton has teamed up with adidas and FIFA to create an exclusive and truly unique match ball trunk. With only 21 available for purchase worldwide, the trunk will hold 13 re-editions of the Official Match balls used at the World Cup since 1970 and one Louis Vuitton specially-designed football.

In addition to the trunk will be the Louis Vuitton 2018 FIFA World Cup Official Licensed Product Collection. The collection offers a refined yet playful football-inspired style, including exclusive versions of Keepall and Apollo bags along with a selection of smaller leather pieces. A logo unique to Russia 2018 has also been created for the design with the initials ‘L.V’ used like a team’s crest. 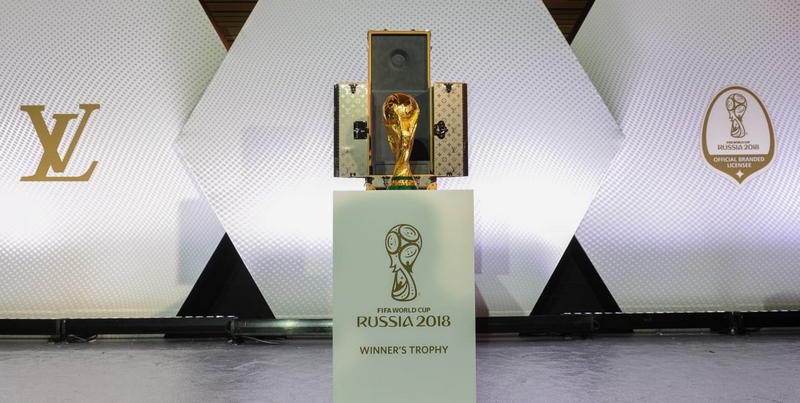 Continuing the company’s long tradition of personalisation, a customisation tool will give fans the chance to create original and unique flag-inspired coloured versions of the collection’s Keepall bags during Russia 2018. 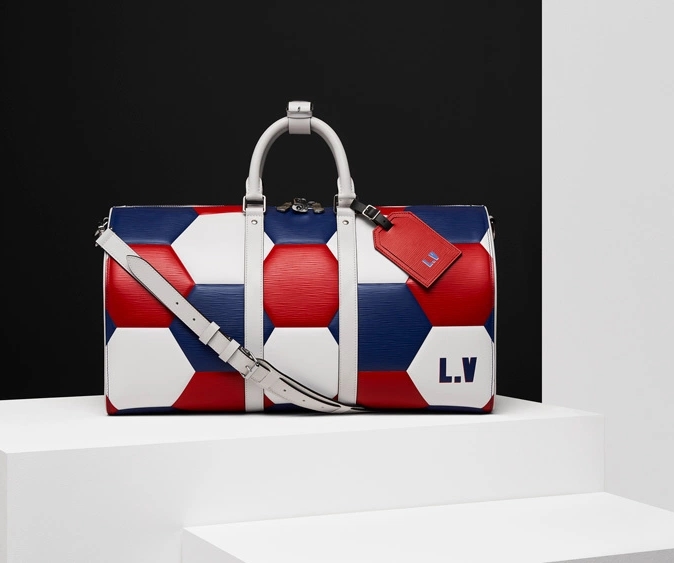 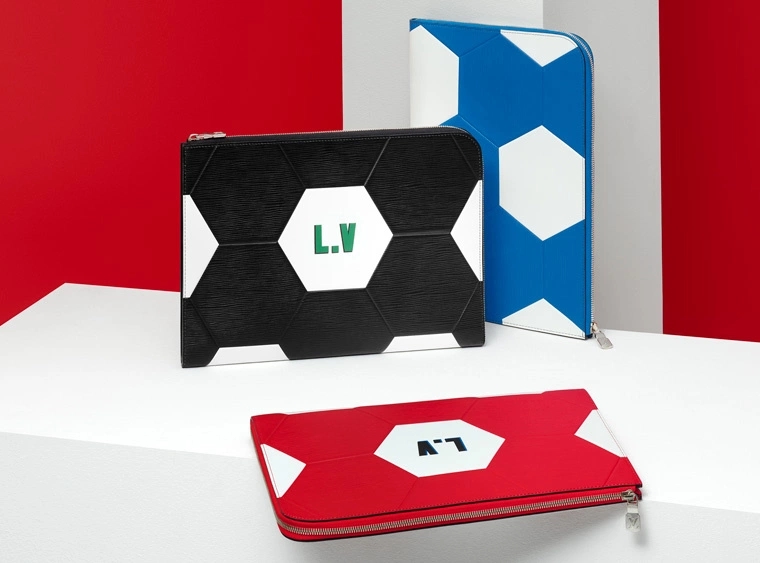 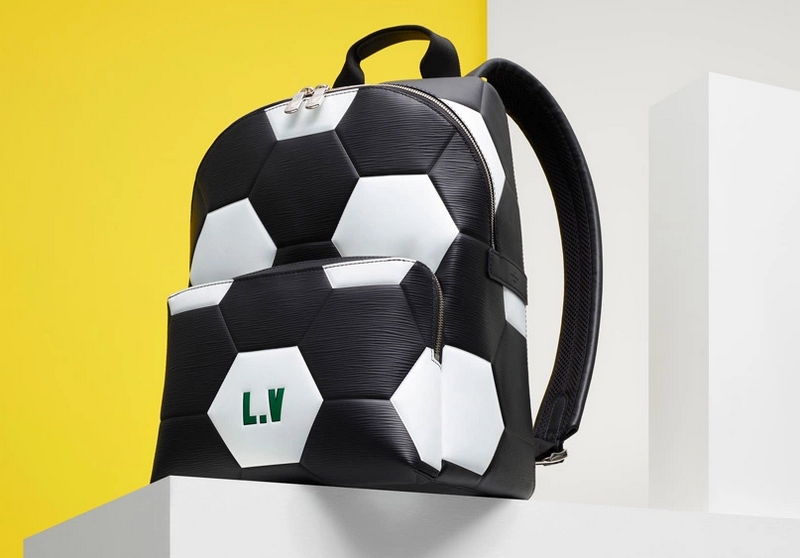 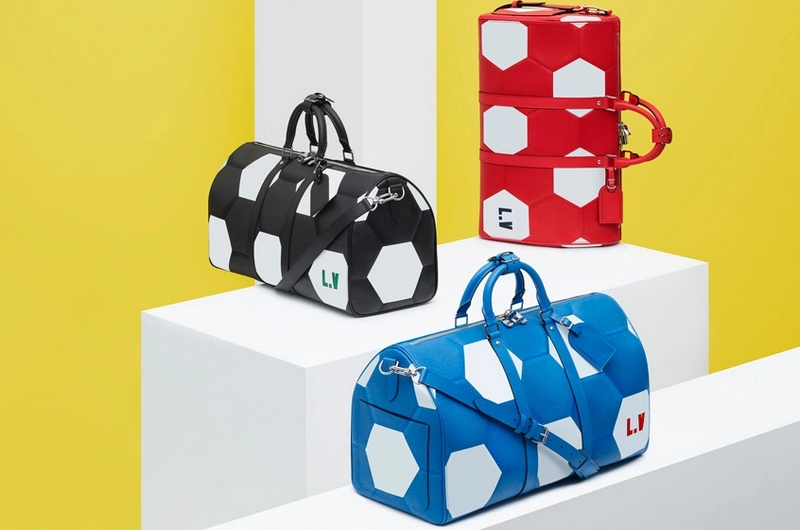 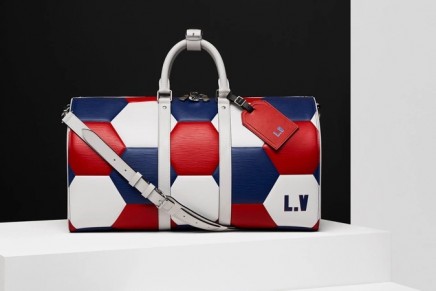 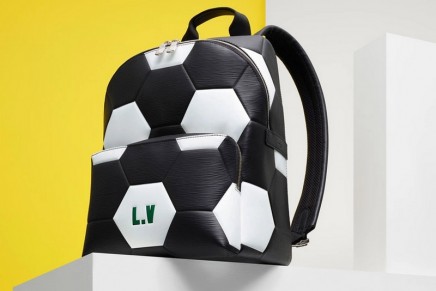 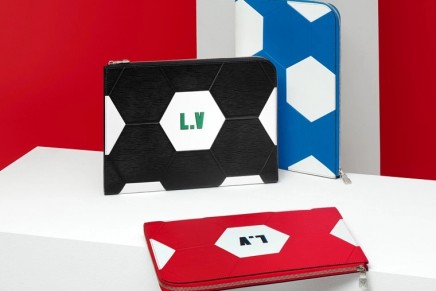 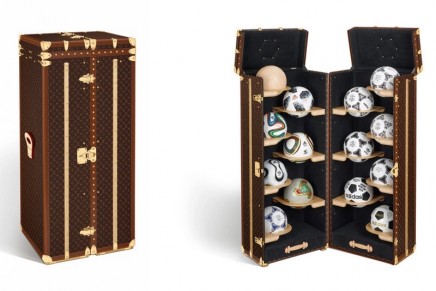 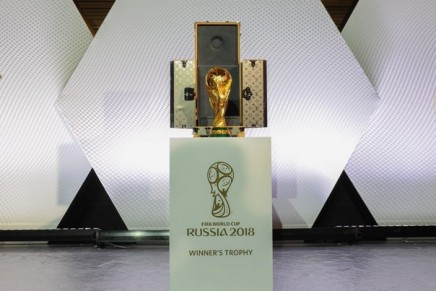