La Grande Epicerie de Paris, the ultimate in Paris gourmet food addresses on the Left Bank, is crossing the Seine for the first time with a new Right Bank food emporium on the rue de Passy. This new fine foods paradise welcomes all the culinary métiers that make La Grande Epicerie unique. With 2,800 square meters of floorspace over four levels, the store boasts some 30,000 different products.

The visual and tasting experience at La Grande Epicerie de Paris Rive Droite begins right at the entrance with two green facades – planted with thyme, rosemary, mint and more – one on rue de Passy, the other on avenue Paul Doumer.

The lower level offers wines, cheeses and hams, while the ground floor is home to market-fresh fruits and vegetables. Level one showcases gourmet foods, including the “tablettothèque”, a library of chocolates from around the world, as well as a tea and coffee tasting bar. There is a special luxury section that features a selection of wild salmon and caviar from seven different producers. For the restaurant under the cupola – with over 2,300 glass prisms – La Grande Epicerie Rive Droite has called on talented chef Beatriz Gonzalez, who has two Paris restaurants.

The new store emphasizes refined architecture as well. Specialist living heritage enterprises were selected for their traditional artisanal skills and use of noble materials such as glass prisms, bricks for the vaulted cellar, marquetry and stone floors, and faience tiles. Figurative frescoes and ceramic mosaics mark and decorate the different culinary métiers: pastry, bakery, deli and fine cuisine. 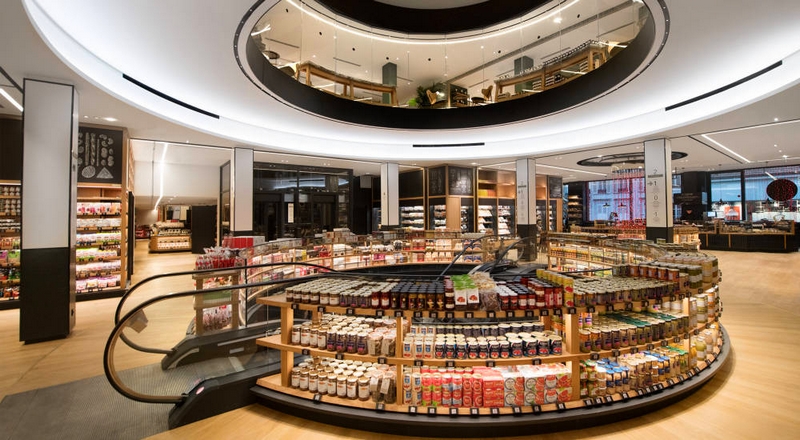 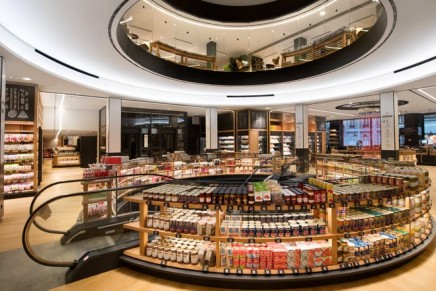