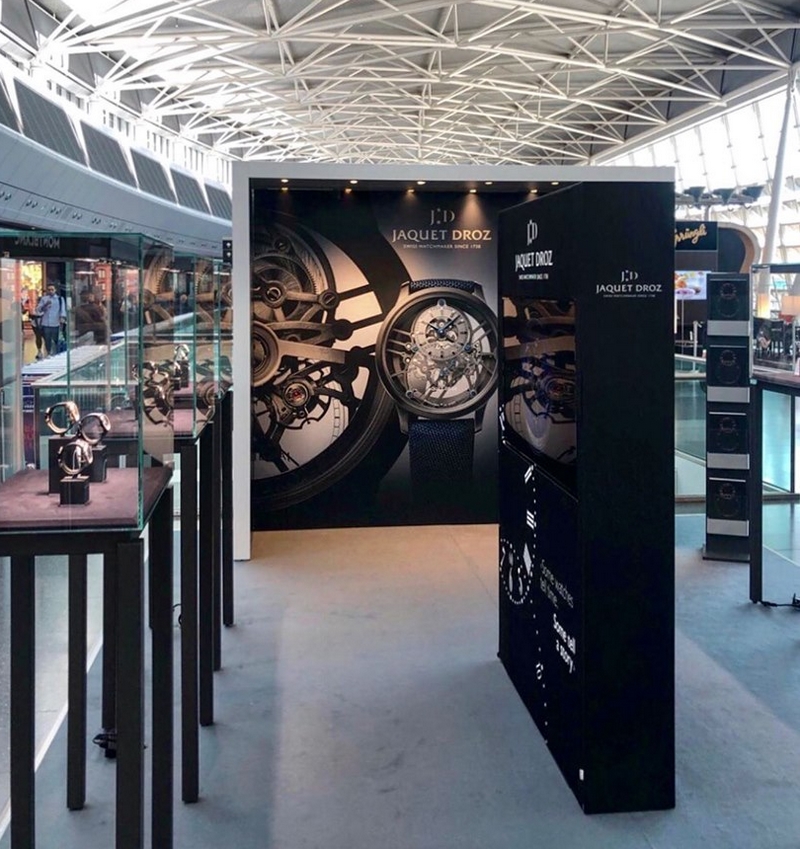 If you happen to travel by Zürich Airport / Flughafen Zürich, do not forget to stop by the exhibition by the Swiss luxury watchmaker Jaquet Droz.

Travelers can experience the magic of time through the history and unique creations including the new Jaquet Droz Grande Seconde Skelet-One and the 2019 Magic Lotus Automaton until 8th of September 2019 on Level 2 of the Airside Center. This Fall, the luxury watchmaker is supporting Only Watch Charity Auction, the biennial fundraiser for research on Duchenne muscular dystrophy, for the 8th consecutive time.

The Grande Seconde Skelet-One for the 2019 edition is a unique version reinterpreted with striking red accents. Only Watch is organized by Luc Pettavino and the Monegasque Association Against Duchenne Muscular Dystrophy. 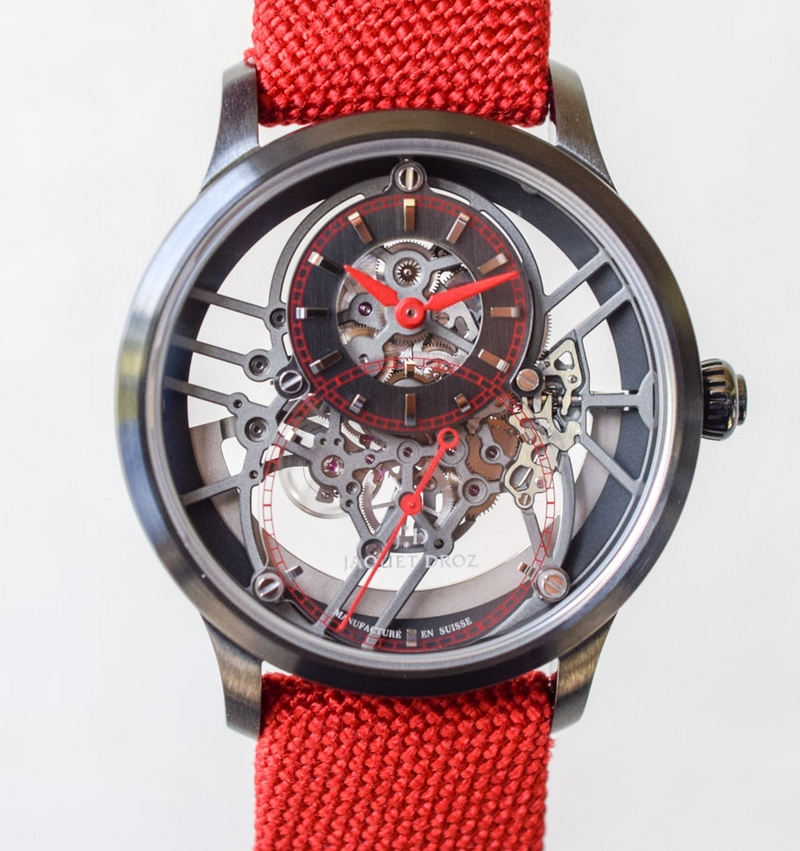 The Magic Lotus Automaton is entirely hand-painted by the Jaquet Droz craftsmen in the Ateliers d’Art. Fauna and flora come to life in breathtaking detail in this luxurious showcase of artisanal techniques.

This automaton features an exceptionally long animation that runs to more than four minutes. In this time a naturalist fresco unfolds with all the grace and serene beauty of a Zen garden.

This new automaton is the subject of four patents pending.

It features the most sophisticated watch dial ever produced by Jaquet Droz. The movement contains more than 500 components. The development phase alone took over three years. As a result, the Magic Lotus Automaton can present on demand an animation lasting more than four minutes, with eight full rotations of 30 seconds each.

A power reserve between 8 and 9 o’clock depicts the progress of this lengthy animation, as symbolized by a hand-painted and hand-carved dragonfly in red gold. It moves downward with the power reserve of the animation, which can be fully wound by the crown. When the power reserve is empty, the dragonfly rests on a Lotus leaf, ready to soar once again over this Zen river in a perpetual cycle of new beginnings that symbolizes a new chapter in the history of Jaquet Droz.

The dial of the Magic Lotus Automaton comprises three sections. The first is immobile: the onyx watch dial with gold hour and minute hands.

It is surrounded by a crescent-shaped fixed disk that attaches the Lotus life cycle to the piece, with red stems and three suspended Lotus leaves in Grand Feu enamel on a white gold or red gold base.

This composition of four seasons is suspended above the third peripheral disk, which fully rotates. It represents the perpetual movement of the water, the perfection of the circle, and the continuous return to life.

Evoking spring, a mother-of-pearl button at 3 o’clock symbolizes the unopened Lotus bud. To its left, a Lotus flower in full bloom symbolizes summer. The petals are carved from mother-of-pearl, and finished with a thin coat of translucent paint that accentuates the relief. At its heart, a yellow sapphire with gold prongs represents the pistil and stamens. By its side, a Lotus flower fallen onto the water represents the third season, fall, carried away by the current. Finally, winter is marked at 6 o’clock by the seed pod of the aquatic plant. Jaquet Droz sets the pod with seven diamonds that represent the seeds –visible symbols of the life glittering within.

The first is a Koi, a fish famed for its longevity and a symbol of courage and perseverance. In an animation of extreme miniaturization by Jaquet Droz, it moves in the water in two different ways. The Koi flaps its tails, creating the illusion that it is swimming through the water. It also moves vertically up and down, enabling it to move in the flowing river and dive beneath the Lotus leaves.

Hand carved in gold by the luxury watchmaking brand’s Master Craftsmen, the Koi is complemented by the floating Lotus animation opposite. Mother-of-pearl petals surround an unprecedented movement at the heart of the Lotus: each time it passes beneath the dial or leaves, it acquires a new stone – alternately blue sapphire, yellow sapphire, and ruby. The same stone never appears in
the same place from one rotation to the next. The color of the Lotus heart changes, invisibly, four times for every rotation around the river, and the same stone is never seen twice in a row

The Magic Lotus Automaton measures 43 mm in diameter and is available in a choice of red gold or white gold (limited series of 28 pieces of each). Turning over the timepiece, the bridges and oscillating weight are hand-engraved with exclusive naturalist motifs, with carp and Lotus flowers echoing the carvings on the dial side. 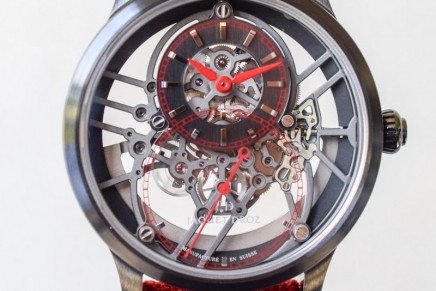 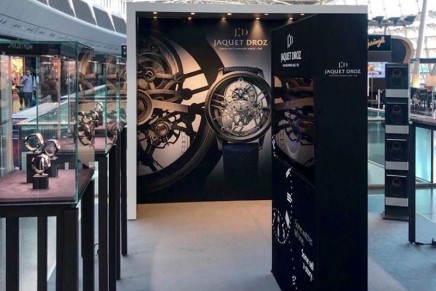