The Bird Repeater, launched by Swiss luxury watchmaker Jaquet Droz in 2012 is an automaton wristwatch that pays tribute to the mechanical genius of Jaquet Droz as well as the naturalist art. The falcon, national symbol of the United Arab Emirates, is honored in an exclusive new version of the Bird Repeater that draws on 280 years of the Jaquet Droz Art of Astonishment. 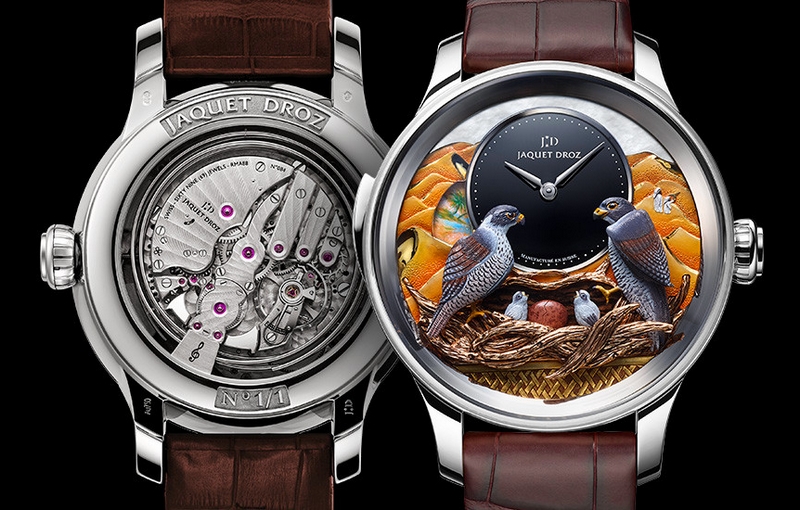 Depicted in the scene is the millennia-old art of falconry, a tradition listed as UNESCO intangible heritage since 2012, the same year the Bird Repeater was first released. The falcon is a national treasure in the United Arab Emirates. Used by Bedouins for hunting in the desert for over 4,000 years, it has been central to the country’s identity and international profile and remains prominent in the UAE’s culture to this day, featuring on national emblems and currency. Falcon training remains a noble pursuit, and an incredibly close relationship is fostered between the hunter and its master.

In the foreground of the piece, a pair of falcons tends to two chicks in a red gold nest engraved and painted by hand. One bird bends down to deliver a beakful of food to its baby, while the other spreads its wings, revealing delicate nuances of color. A chick hatches from an egg inside the nest.

In the background Jaquet Droz depicts two falconers –father and son– in white djellaba robes. On the left of the onyx dial, a mother-of-pearl disk hovers over the dunes. A painted oasis is barely perceptible, seemingly becoming more distant the closer one approaches, like a real-life mirage. The scene unfolds beneath a mother-of-pearl sky that illuminates the yellow gold sands. The delicate relief of the hand-engraved dunes is spotlighted by a polished finish.

This unusually complex automaton comes to life to the sound of an impressive Fine Watchmaking complication: the minute repeater. It can chime the hours, quarter-hours and minutes on demand via the cathedral gongs nestled inside the movement. Activated by a push-piece on the side, the movement is fitted with a wheel regulator so silent that it allows these precious falcons to be heard spreading their wings to the astonishment of the owner. 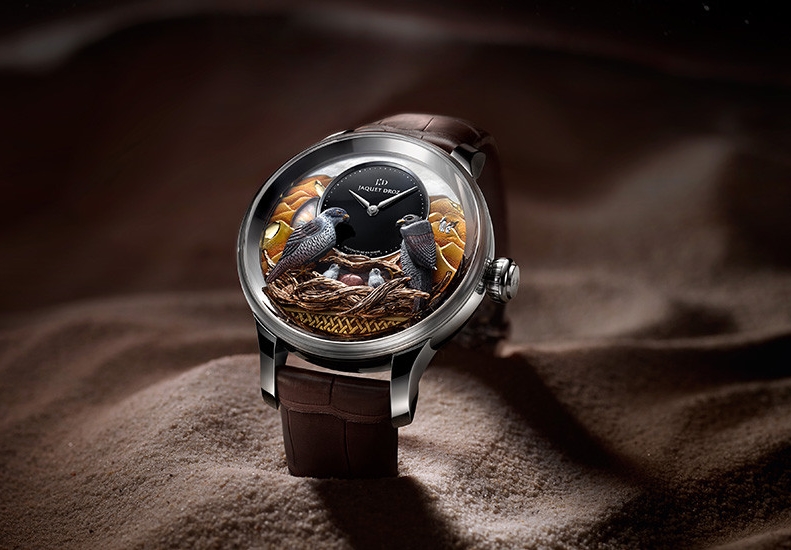 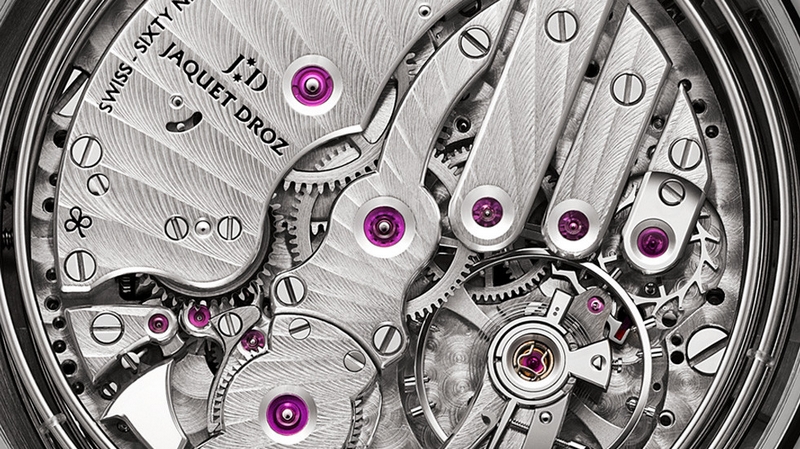 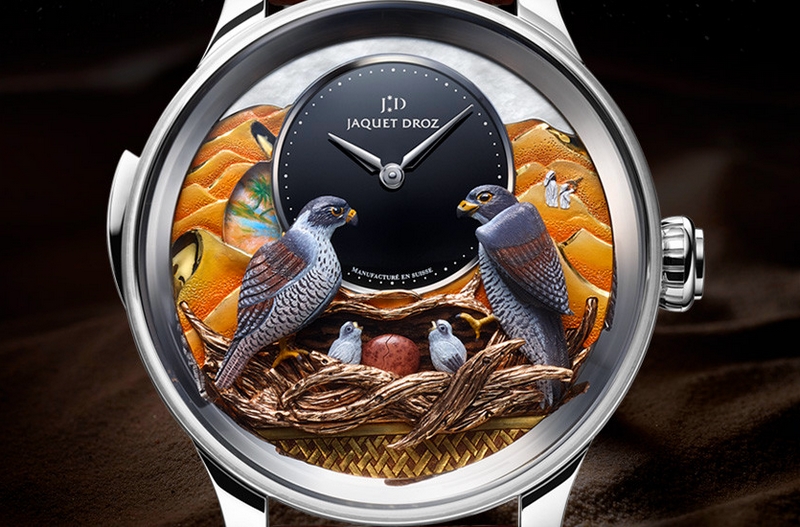 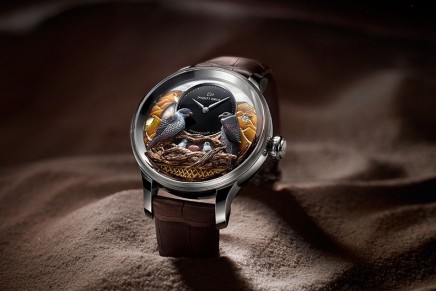 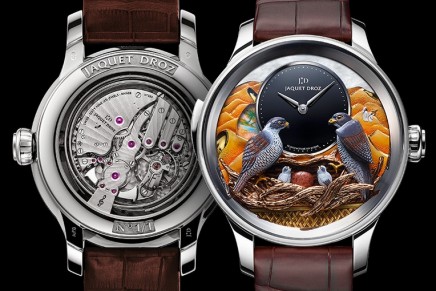 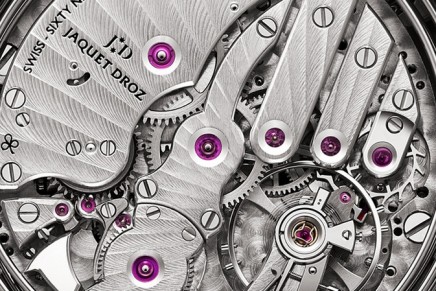 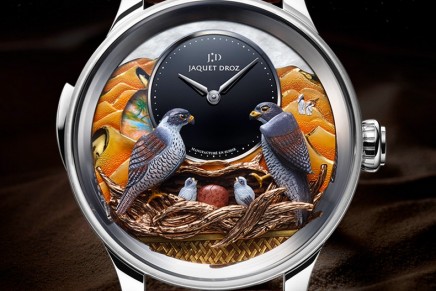