Since the Grande Seconde by Jaquet Droz was brought to life in 2002, its line has become an icon.

Jaquet Droz celebrates 280 years of watchmaking audacity, avant-garde aesthetics, innovative spirit and culture of excellence that have been ingrained in the brand’s DNA from the outset. Extraordinary creations that combine design, materials and craftsmanship with the most incredible refinements of mechanical watchmaking are presented from June 2nd to July 1st 2018 at Les Ambassadeurs Zurich, Switzerland. 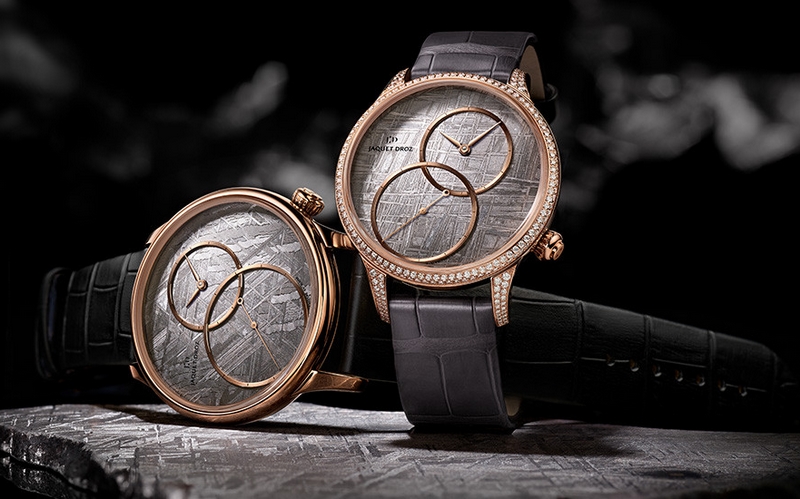 For the milestone, Jaquet Droz unveiled exclusive variations of its Grande Seconde Off-Centered timepiece, with dials made of meteorite. Each piece constitutes “a wearable fragment of eternity that has traveled through space or time,” says the Swiss luxury watchmaker. These timepieces are as rare as the genuine meteorite that adorns their dials. The collection comprises only three pieces: a 39 mm model, a 39 mm model set with diamonds, and a 43 mm model, in a red gold case.

The unique watches are cut out by hand using a process that commands a rare level of skill. Meteorite is a fragment of asteroid that has penetrated the Earth’s atmosphere intact. Its long journey can be observed in shooting stars. The vast majority of meteorites burn up before landing; only a few rare fragments ever reach our planet’s surface. Then begins the human challenge of tracking down the fragments on the Earth’s surface, gathering fragments large enough to work with, and cutting out from them disk shapes to fit the dial of the Grande Seconde Off-Centered watch.

“There are only two elements that cannot be comprehensively measured by humankind: space and time. In all likelihood the origins of time, and of the universe itself –just like the end of time and the end of the universe, if there is one– will be forever a mystery to us. We will never fully comprehend these concepts, which is why it continues to fascinate us,” explained Jaquet Droz.

Meteorite is composed of iron and nickel, and boasts an extraordinary density and hardness. The finest craftsmen must work patiently, using exclusive cutting techniques, to bring to life a meteorite dial with a flawlessly finishedsurface, down to the last micron. Each piece is one-of-a-kind. The motifs in meteorite, fashioned by their galacticjourney, present a chunk of unfathomable mystery; a geometry that totally escapes human comprehension.

Jaquet Droz has harnessed its longstanding experience in crafting gemstone dials to showcase this mineral treasure in all its glory. The same level of expertise can be seen in the Grande Seconde Off-Centered Stromatolite watch. 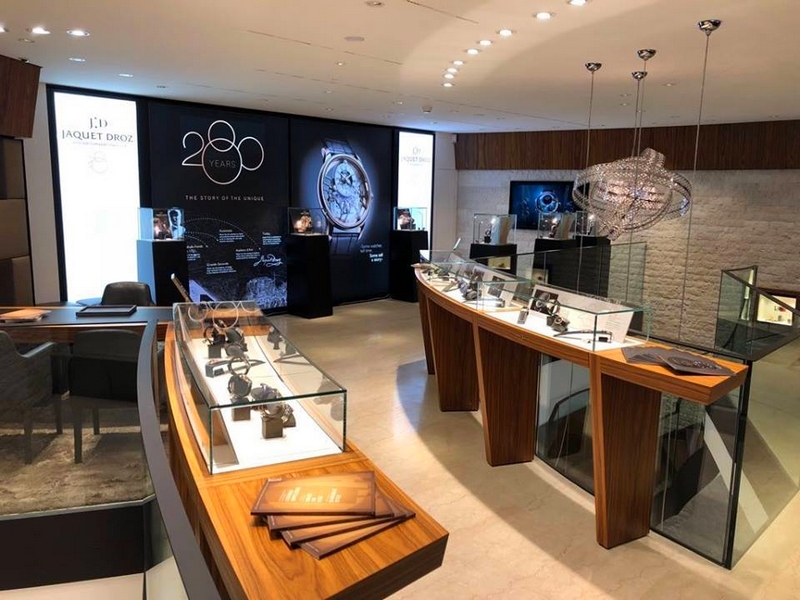 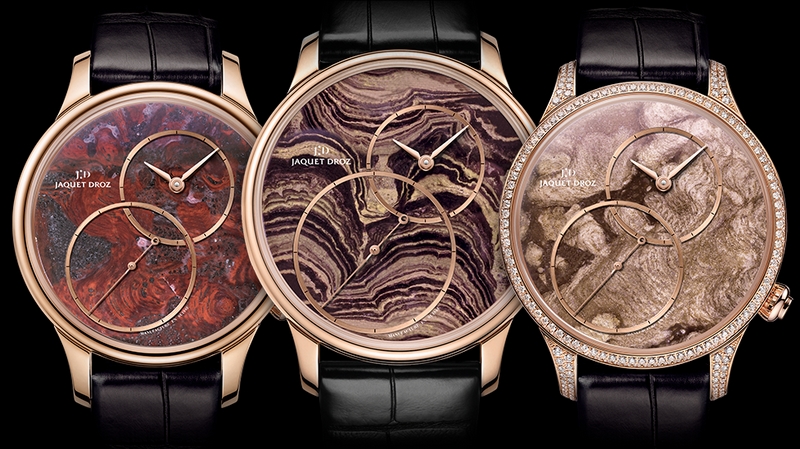 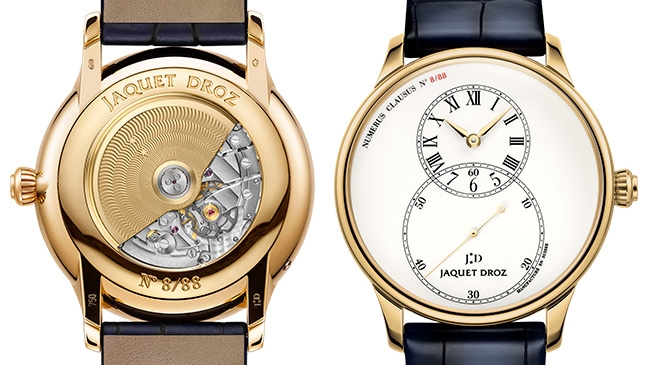 For the celebration, Jaquet Droz unveiled also the Grande Second Tribute, limited to 88 pieces and presented in an exclusive box. It is the first time the brand offers a wristwatch version in yellow gold. Drawing on its heritage, the brand has preserved the perfect design created by Pierre Jaquet-Droz. It features the hours and minutes counter at 12 o’clock, with indexes alternating between Roman and Arabic numerals two centuries before it was common place, for the perfect readability of two dials in line with one another. 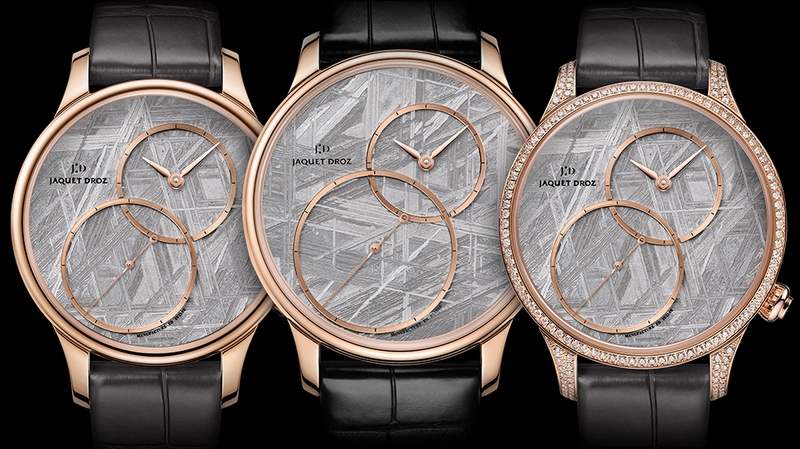 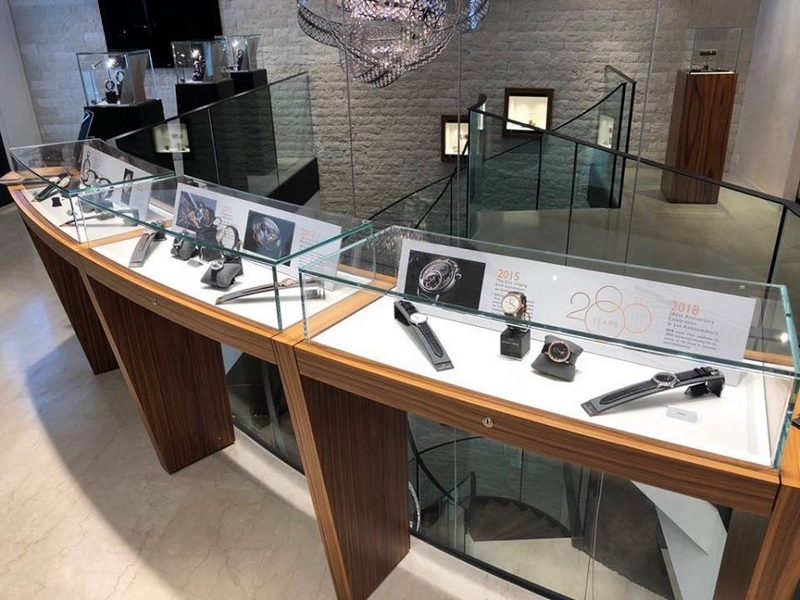 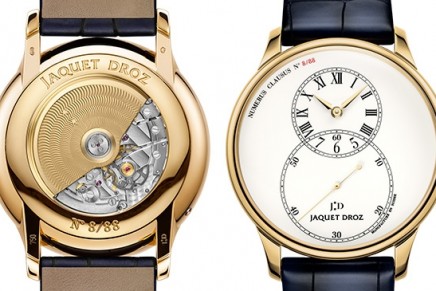 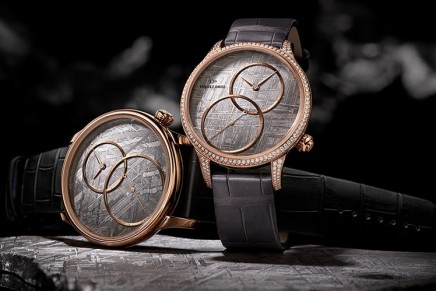 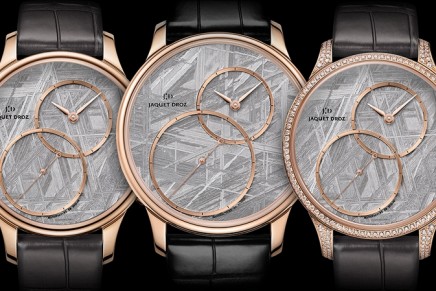 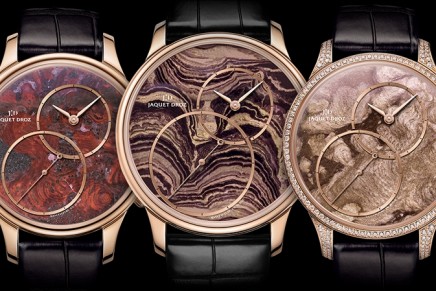 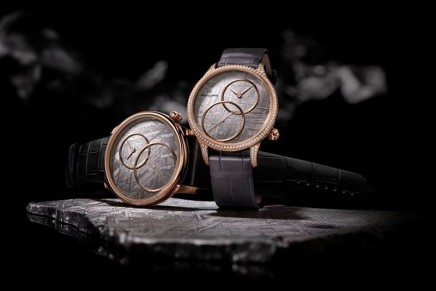 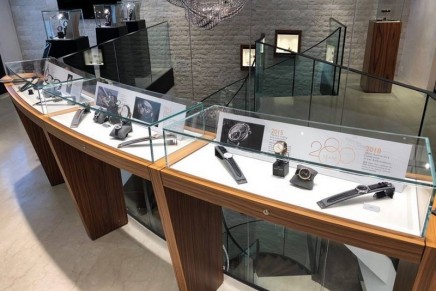 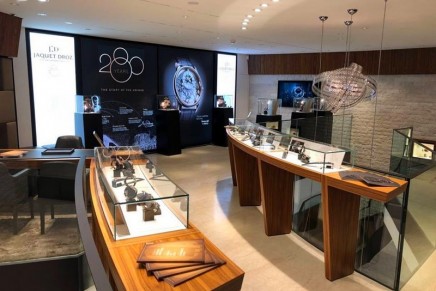