2016 Dodge Viper American Club Racer (ACR): The most torque of any naturally aspirated sports-car engine in the world. 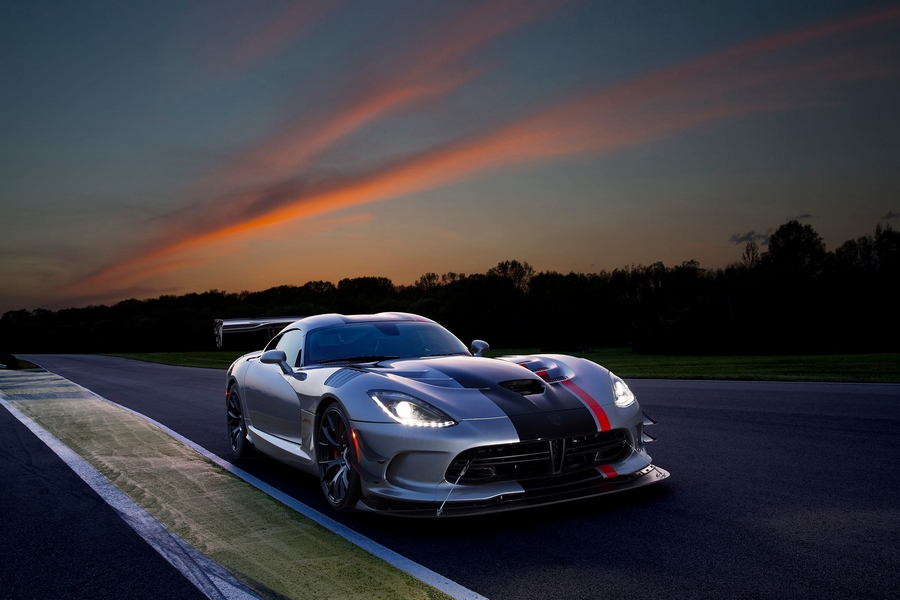 Certified for public roads and engineered to wring every last hundredth of a second out of road course lap times, the 2016 Dodge Viper ACR combines the latest in aerodynamic, braking and tire technology. The car, the fastest street-legal Viper track car ever, represents the next chapter in the history of the ultimate street- legal, track-focused, hand-built supercar.

“The Viper has always been more of a street-legal race car than a track-capable streetcar, and the new 2016 Dodge Viper ACR is the fastest street-legal Viper track car ever,” said Tim Kuniskis, President and Chief Executive Officer – Dodge Brand and SRT Brand, FCA – North America. “Our goal is to arm our enthusiasts with the ultimate Viper track car to dominate road courses around the world.” 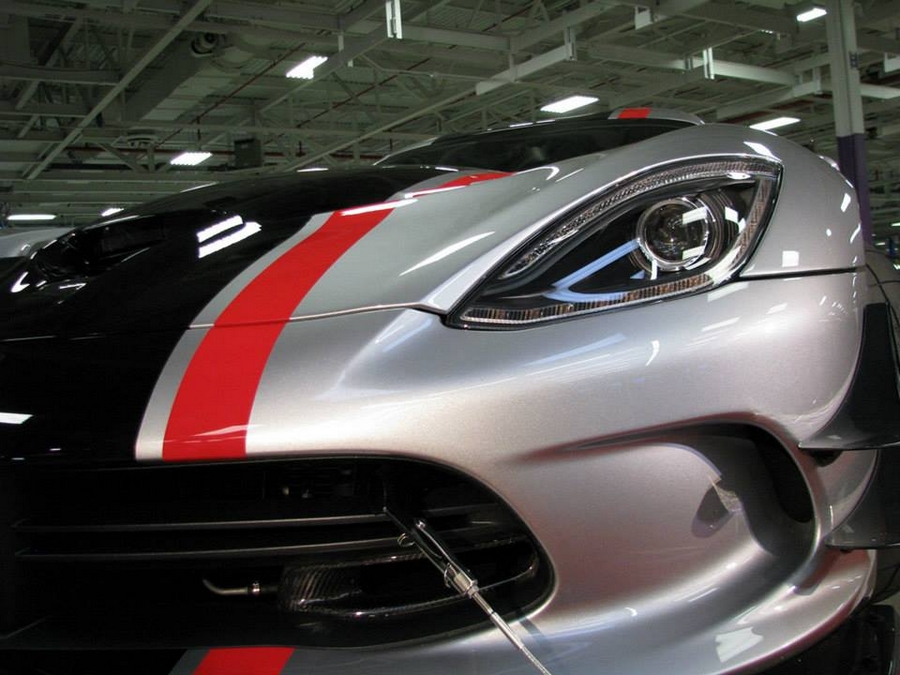 The SRT engineering team that developed the 2016 Dodge Viper ACR is well-stocked with members who race their own cars, as well as learning from the factory-based racing Viper GTS-R that competed in the American Le Mans Series and IMSA United SportsCar Championship from 2012-2014, capturing the GTLM class driver and team championships in 2014. For the new Viper ACR, the team focused its efforts on three areas: aerodynamics, chassis and tires to maximize grip, producing never-seen- before handling capabilities and unprecedented lap times. 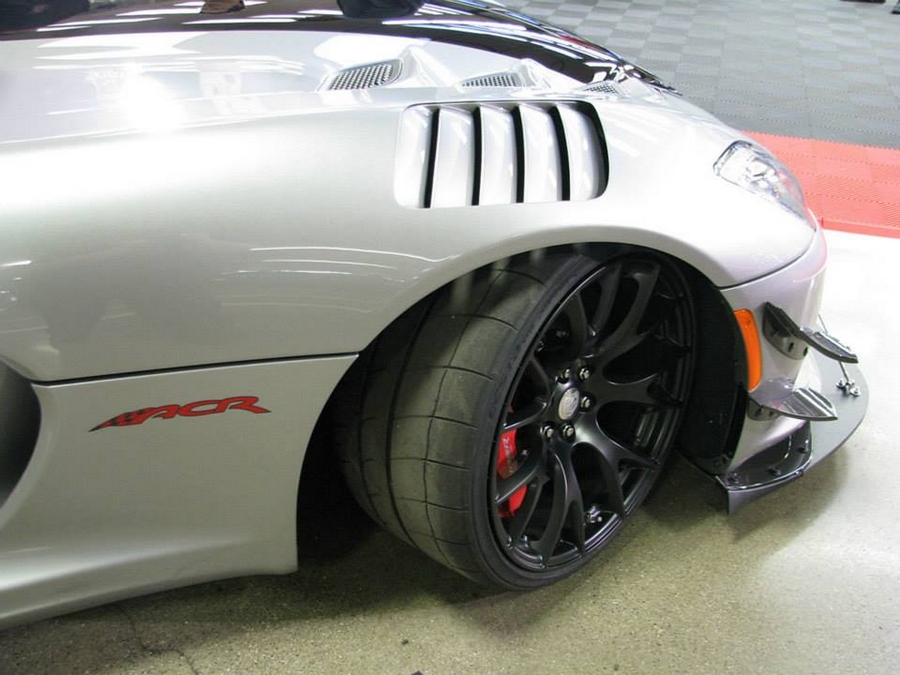 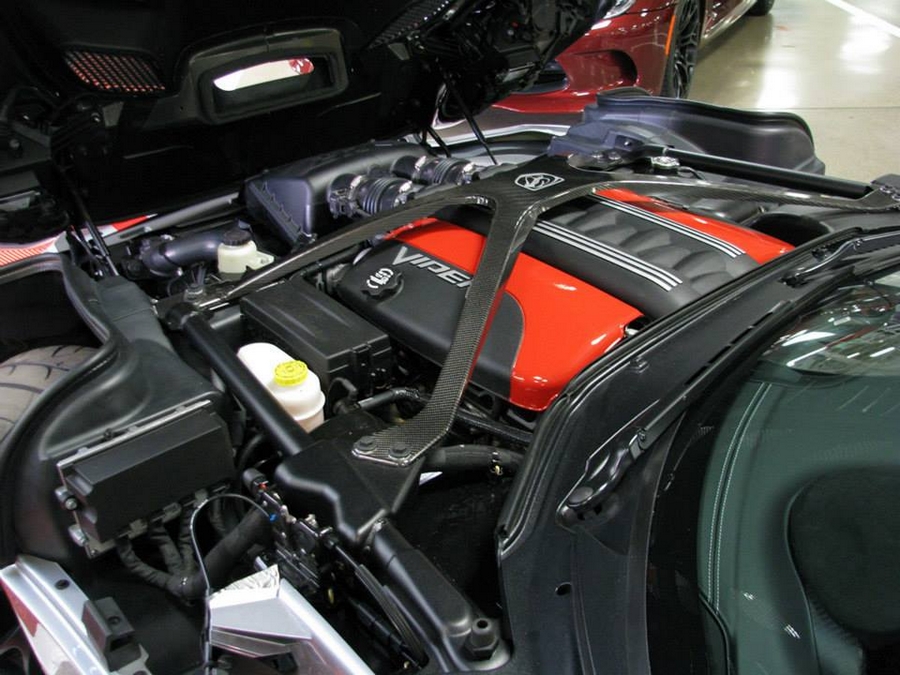 At the heart of the 2016 Viper ACR is the handcrafted, all-aluminum 8.4-liter V-10 overhead-valve engine, rated at 645 horsepower and 600 lb.-ft. of torque – the most torque of any naturally aspirated sports-car engine in the world. Unique exhaust tips have been added to the side-mounted exhaust pipes to provide reduced exhaust pressure. All Vipers are engineered to withstand severe track duty in ambient temperatures of 100 degrees Fahrenheit with a professional driver. Power reaches the pavement through the standard Tremec TR6060 six-speed manual transmission. 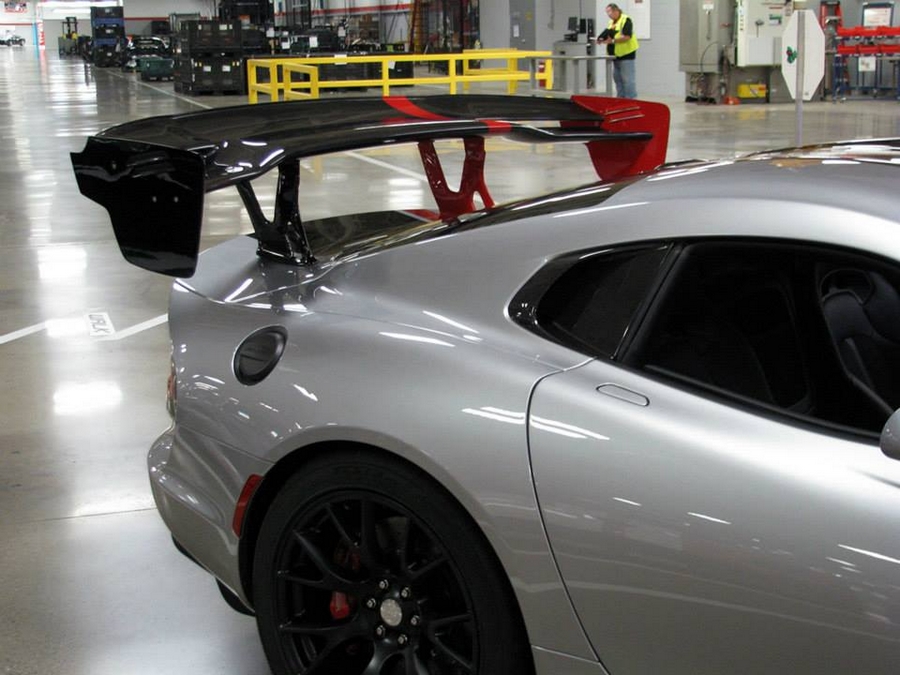 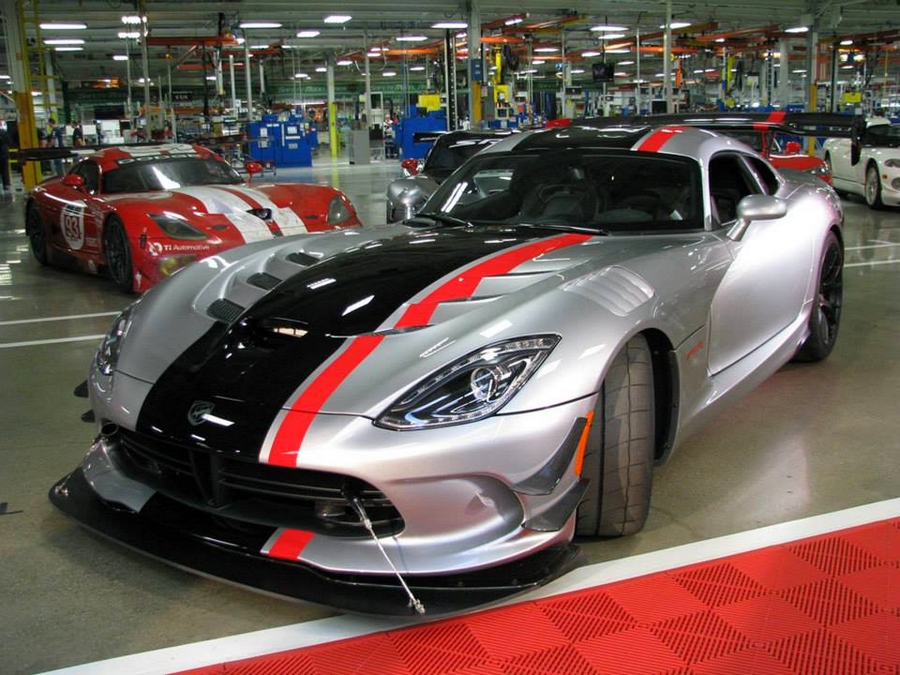 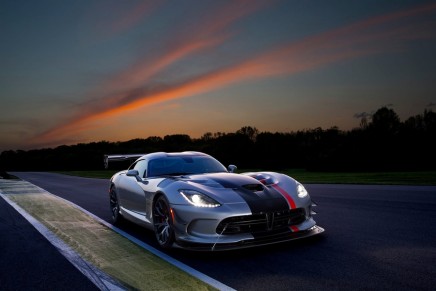 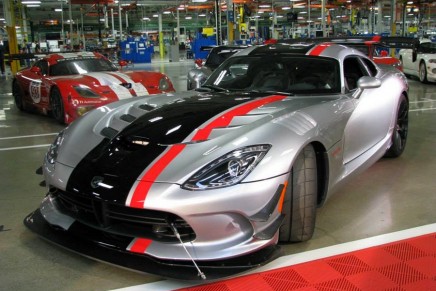 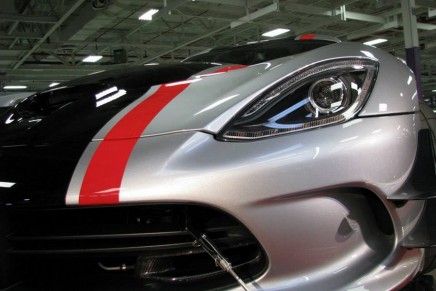 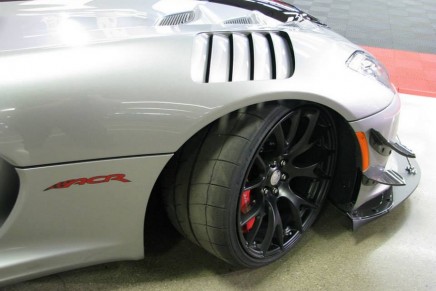 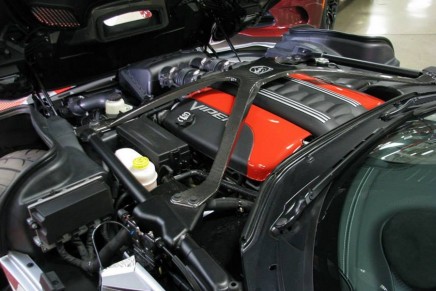 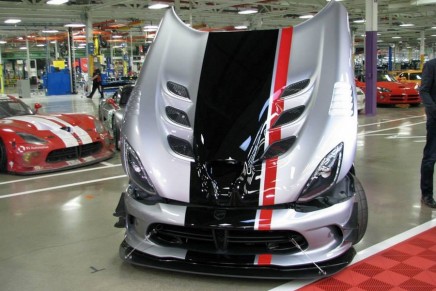 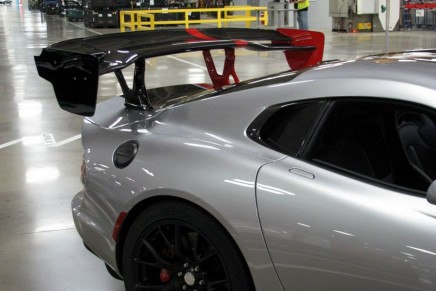