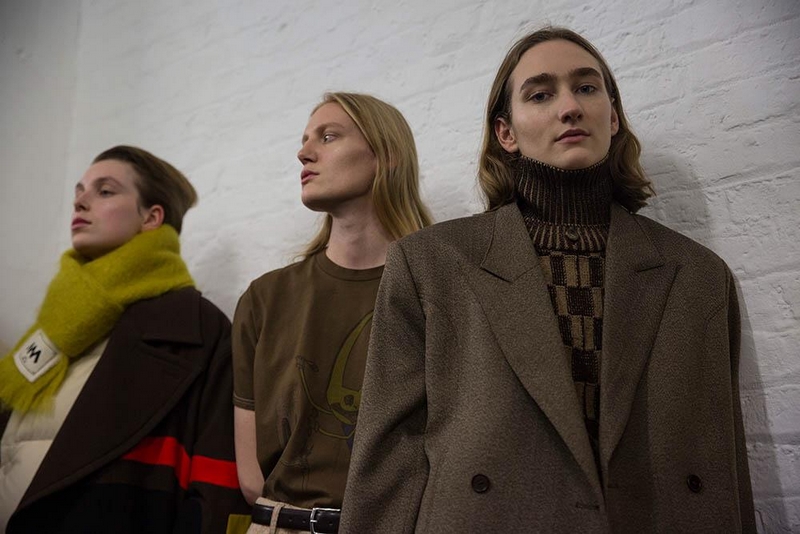 This article titled “London fashion week men’s makes a grab for the zeitgeist” was written by Scarlett Conlon, for The Guardian on Friday 4th January 2019 14.53 UTC

The British menswear market has plenty to be pleased about. With London fashion week men’s poised to kick off on Saturday, reports reveal men in the UK are spending an increasing amount on fashion.

In 2018, consumer spending on men’s fashion grew by 5.1% to reach £15.9bn. And, according to the editor of GQ, Dylan Jones, it all starts with what will be presented this weekend. “It’s always a trickle-down effect,” said Jones. “What happens on these catwalks now affects what people will be buying in a few years’ time.”

Among the brands presenting their autumn/winter 2019 collections this weekend are Charles Jeffrey Loverboy, Craig Green and A-Cold-Wall*. Jones said these designers “have the same zeitgeist feel we saw with BodyMap in the 80s and Alexander McQueen in the 90s”.

The appointment of David Beckham as ambassadorial president of the British Fashion Council (BFC) this year has further boosted London fashion week men’s. The former footballer, who will present a catwalk show for his brand, Kent & Curwen, on Sunday, told the Guardian: “More than ever, we have a real responsibility to engage and promote young and emerging creative talent.

“This industry should be an option for kids from across the UK, no matter what background they come from. I have been most inspired by the workshops we have been doing with children at school age. Their energy and creativity is just incredible and that’s why I am doing this.”

This season there would be more Asian designers – such as Xander Zhou and Feng Chen Wang – than ever before, said Jones, who credited the “talismanic effect” of Beckham.

“It’s easy to forget the huge profile he has internationally, especially in Asia,” Jones said. “We’re seeing more and more relationships built with Asia, and a lot of the funding for our menswear and our GQ/BFC fund – which will be announced on Monday – comes from there. He’s been a tremendous success.”

Beckham said: “London is a global city and fashion and design is in demand from a global audience. It’s great that Asian brands believe that showing in London gives them a chance to reach that audience.”

Although many fear Brexit may deter budding designers from setting up studios in the UK, as well as affecting established brands, the BFC has pledged to continue to invest heavily in mentoring schemes and initiatives to support the wider industry.

Despite the upbeat tone, the London fashion pack is mourning the death of the designer Joe Casely-Hayford, who dressed the Clash and U2 early in his career. An influential presence on the British fashion scene, he frequently showed his collections at London fashion week.

Mower said he was the “first London designer to bring the cultural mix and energy of the East End together with the amazing skills of a Savile Row tailor”, paving the way for many newcomers presenting their collections this weekend.

The designers to watch

Despite his brand being less than three years old, the Glaswegian designer has won numerous prestigious awards. His radical nightclub-meets-couture aesthetic resulted in US Vogue recently calling him “London’s pioneering Pied Piper of the creative, queer club scene”.

The Central Saint Martins graduate is in London after a stint at the menswear shows in Florence last year. His beautifully crafted and conceptual designs have been credited with setting the mainstream menswear agenda. Green is tipped to be snapped up by a big fashion house soon.

The whirlwind success of Samuel Ross and his label was capped by the self-taught London-based designer winning the emerging talent prize at the Fashion awards last month. A protege of Louis Vuitton’s artistic director, Virgil Abloh, Ross has cut a unique path in futuristic streetwear inspired by race, architecture and class.