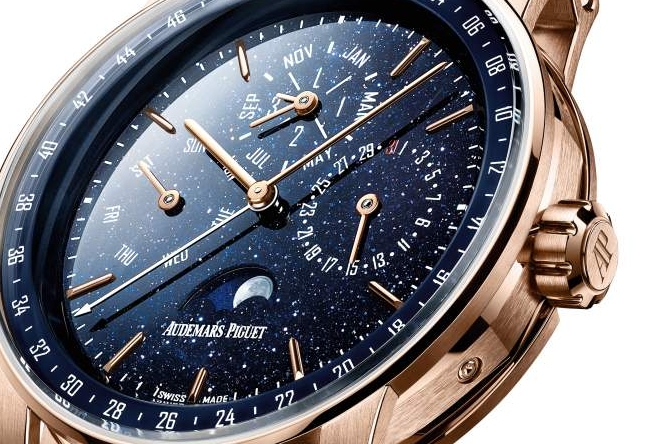 The prize-giving ceremony for the 2019 Grand Prix d’Horlogerie de Genève will take place at the Théâtre du Léman in Geneva on Thursday November 7, 2019. 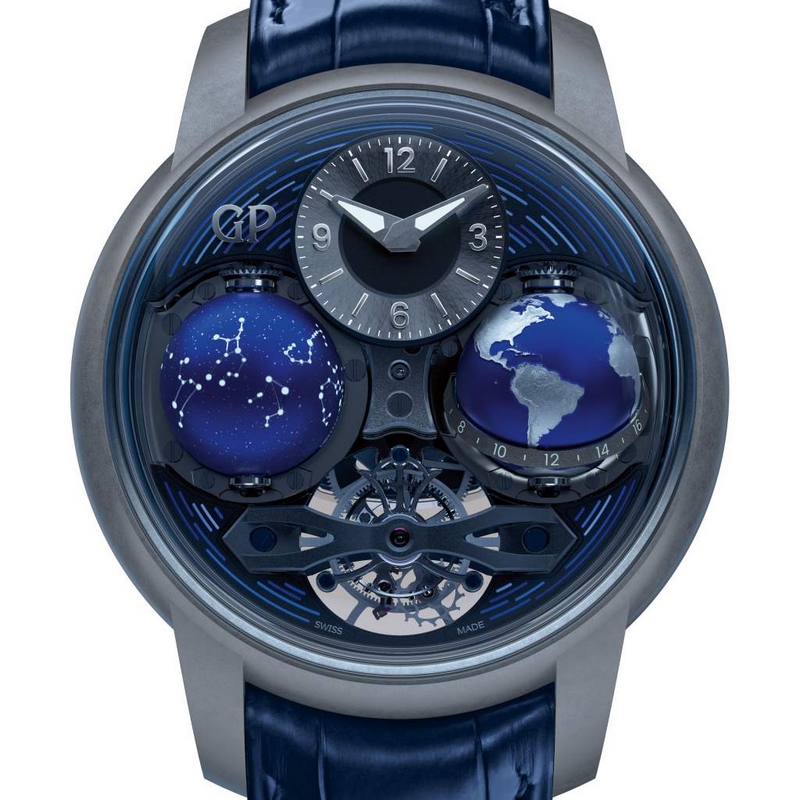 At 9 o’clock, a sky chart – laser-engraved on a blue-tinted titanium globe – rotates every 23 hours, 58 minutes and 4 seconds, the exact duration of a sidereal day.

Dozens of stars are connected to it, thus tracing the twelve constellations known for more than 2,500 years, those of the zodiac. They are enhanced with luminescent hydroceramic, thus enabling the Cosmos to fulfil its astronomical vocation even on the darkest nights. Their depiction is one of the paradoxes of astronomy, and of the Cosmos watch, since the constellation to which the Earth belongs is the only one that is not visible, because it is hidden by the blinding sun. Finally, the celestial globe displays the constellation of the zodiac that is invisible at noon on the dial side and the one that is visible at midnight on the caseback side. 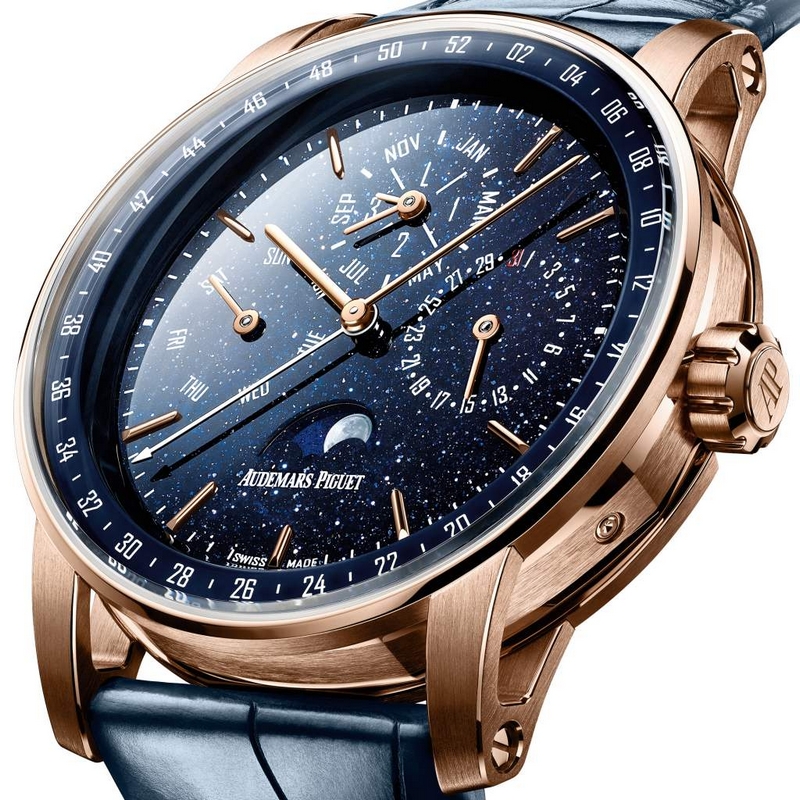 This watch model from Audemars Piguet houses selfwinding Manufacture calibre 5134 optimised with the collection’s signature openworked weight in 22-carat gold. A perpetual calendar automatically adjusts short months, and adds a day to February each leap year. If worn permanently, Audemars Piguet Code 11.59 will require an adjustment in 2100 only. This adjustment will consist in setting the date manually from February 29th to March 1st. 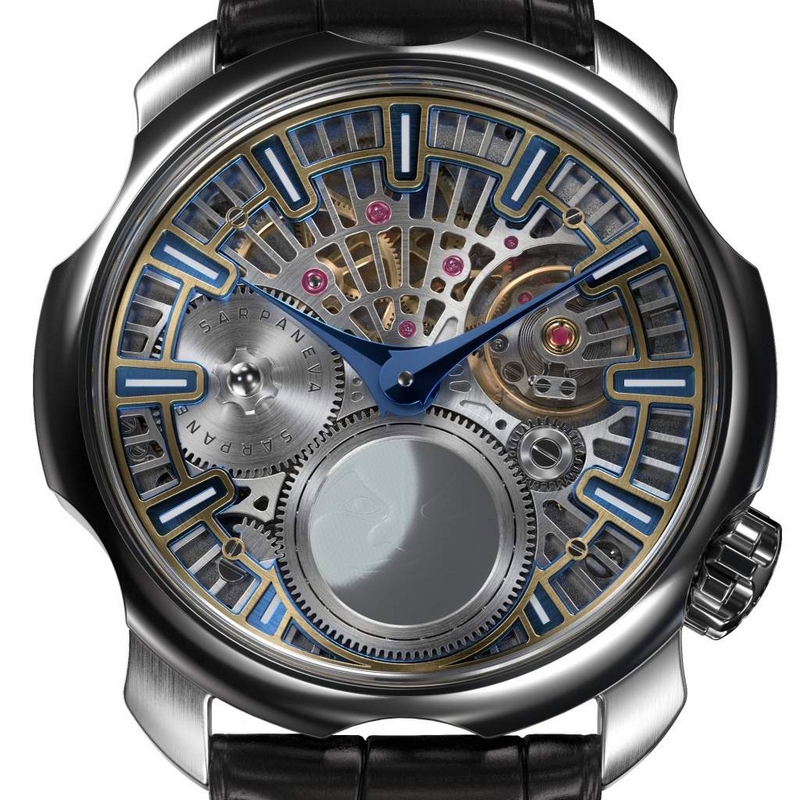 Sarpaneva Lunations is the very first Sarpaneva watch to house an ultra-precise integrated phases of the moon calibre that distils all 25 years of Stepan Sarpaneva’s professional watchmaking expertise. The lunation in the aptly named Sarpaneva Moonment® in-house calibre lasts 29 days, 12 hours, 44 minutes and 2.3 seconds, which means it needs to be adjusted for a single day of error only once every 14,000 years. Sarpaneva Lunations timepiece can also be easily customised to reflect the lunar cycle in both northern and southern hemispheres.

CHRONOMÉTRIE FERDINAND BERTHOUD FAR SIDE OF THE MOON WATCH

The Chronomètre Ferdinand Berthoud FB 1L.4 – “Far Side of the Moon” timepiece combines the in-house tourbillon movement with a new display of the age and phases of the moon. Available in a ten-piece limited edition with a case in anthracite ceramised titanium & sandblasted 18-carat white gold, this new collection displays the hours and minutes on a dedicated subdial at 12 o’clock, seconds in the centre and the 53-hour power reserve on the back of the movement. A large hand at 6 o’clock indicates the age and phases of the moon in a continuous back and forth movement. This patent-pending complication, combined with the constant force of the FB-T.FC.L calibre, ensures astronomical precision corresponding to a one-day difference in 577 years of operation. 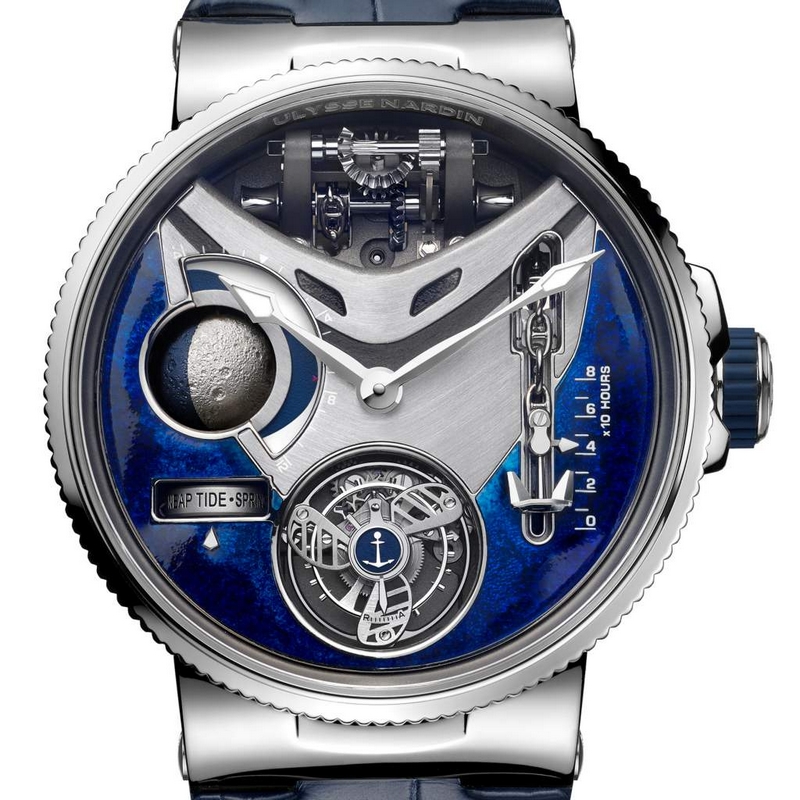 Built in the same spirit as a luxury mega yacht, the new Marine Mega Yacht watch, crafted in platinum in a special edition of only 30 pieces, is regulated by a flying tourbillon equipped with a cage modeled on a latest-generation ship’s propeller. A precise representation of the Moon with an ultra-detailed surface sits across from a sophisticated tide indicator, while an anchor attached to the windlass at 12 o’clock raises and falls to indicate the power reserve.

The new Hermès Arceau L’heure de la lune watch offers a unique vision of Earth’s satellite with the simultaneous display of moon phases in both northern and southern hemispheres. Two mobile counters gravitate on a meteorite or aventurine dial, revealing mother-of-pearl moons in step with an exclusive module, coupled with a Manufacture Hermès movement.

The horse, representing the origins of Hermès, gallops elegantly into the world of dreams. At 12 o’clock, the moon is adorned by a Pegasus designed by the “dreamer-designer” Dimitri Rybaltchenko. Entitled Pleine Lune (Full Moon), this portrayal of the winged horse hints at a passage between two worlds, where magic and reality merge. On the other side, at 6 o’clock, the view of the moon from the northern hemisphere provides a realistic depiction of its surface. 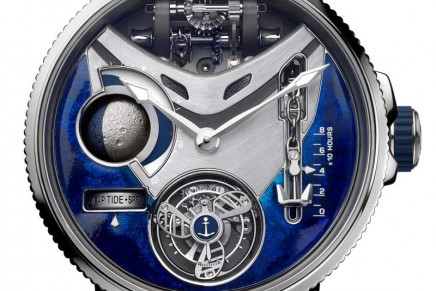 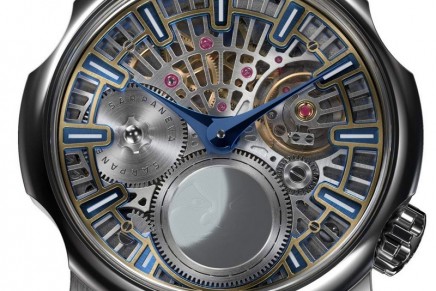 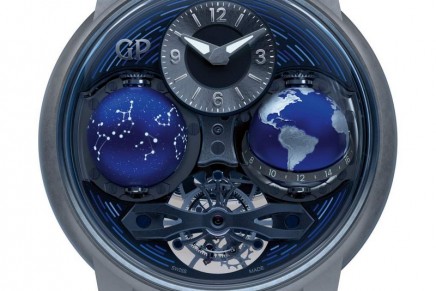 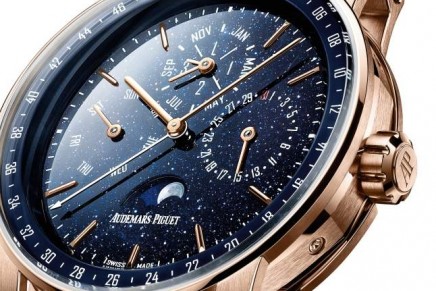 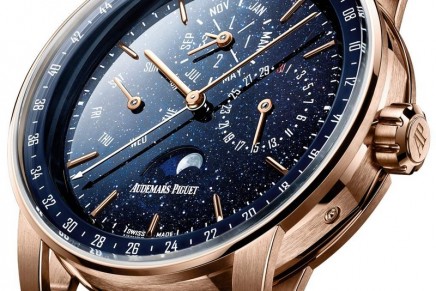