MoonMachine 2 on the wrist. Men’s watch? Ladies’ timepiece? Both – or neither. It’s a Horological Machine.MOONMACHINE 2 is based on a specially configured HM8; the projector moon complication was imagined, designed and created by Stepan Sarpaneva. It is available in three limited editions of 12 pieces each. 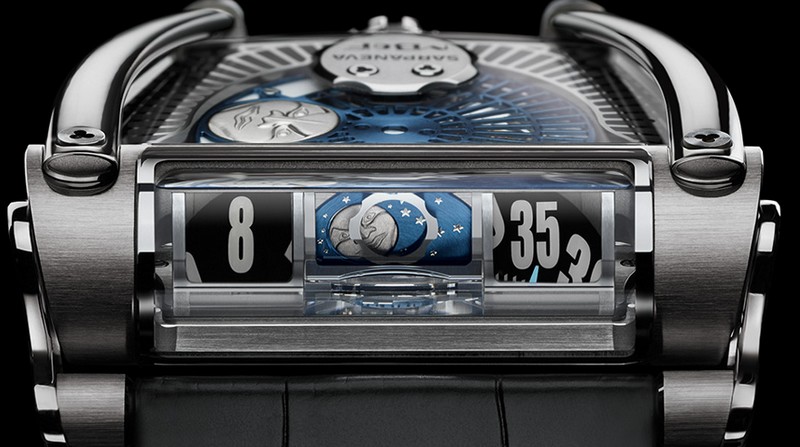 If you liked the first MoonMachine, you’re going to love the sequel. In 2012, when the first MoonMachine timepiece was presented to the world, the MB&F-Sarpaneva connection was the first time that a piece of MB&F Performance Art had been produced in conjunction with a watchmaker, and it continues to hold a special place in the MB&F pantheon.

Stepan Sarpaneva (born in 1970 to a Finnish family with a long heritage of craftsmanship) is the first watchmaker to collaborate on an MB&F Performance Art piece, and his work is characterised by his love of the cosmos. Common features include the moonphase complication and design motifs such as stars and the Korona, Sarpaneva’s own stylised representation of the Sun’s plasma halo.

The evolution of MB& F x Stepan Sarpaneva partnership is represented by the advancement between the first MoonMachine watch, which was based on the HM3 Frog timepiece, and MoonMachine 2. Although they both utilise the rotor and moonphase display as locus points for incorporating the Sarpaneva contribution, MoonMachine 2 takes this seemingly straightforward addition and gives it an exponential bump by turning it into a world premiere — the first ever projected moonphase display.

Stepan has injected his signature elements into the MB&F Horological Machine No.8: his unmistakable moon face, korona rings, star- filled skies, a titanium web winding rotor. The secret behind MoonMachine 2 is an optical-grade sapphire crystal prism: bidirectional jumping hours, trailing minutes and the moon phase are projected from their respective horizontal discs to the vertical display.

MB&F founder Maximilian Büsser and Stepan Sarpaneva began talking of a sequel to MoonMachine not too long after its release, when HM5 was released and Stepan suggested that a moonphase indication could go between the hours and minutes of the first Horological Machine to use the optical prism display. It wasn’t until HM8, however, four years after MoonMachine, that this became more than a suggestion and laid the foundations for MoonMachine 2.

The projection is accomplished via an optical prism, which refracts the hours, minutes and moon discs in their flat positions to appear as if they are perpendicular to the engine. The prism is cut to magnify the hours and minutes by 20 percent for greater readability, but not for the moonphase display, which is at risk of distortion if magnified. 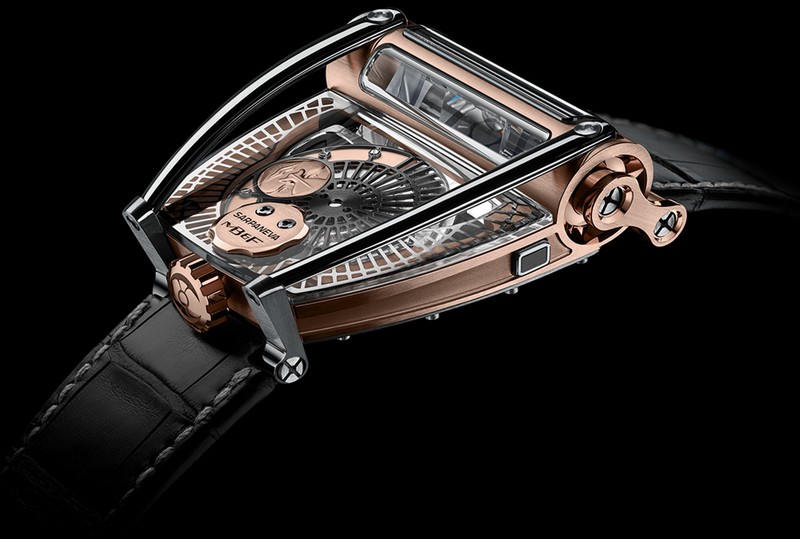 A Korona-framed gold plaque commemorating the collaboration between Stepan Sarpaneva and MB&F is affixed on the sapphire crystal pane, adjacent to the crown. According to MB&F founder Maximilian Büsser: “We would never have done MoonMachine 2 on our own, and Stepan would never have done it on his own. But that’s what I love about Performance Art pieces — the chance to expand the MB&F universe in unexpected ways.”

“Max and I have a very long friendship, and there is a lot of honesty between us. He pushes me to do better and gives me the most challenging projects. This time the challenge was to augment HM8, which is not easy. But it’s fun, and that’s why I say yes to any project with Max,” said Stepan Sarpaneva.

The battle-axe rotor of HM8 has been transformed into an openworked radial web of titanium, echoing the design vocabulary of Stepan Sarpaneva’s best-known work. The sapphire crystal pane framing the top of the MoonMachine 2 engine has been metallised in a similar pattern and draws focus to the variable sheen of the brushed titanium rotor as it rotates.

There are three instances of the immediately recognisable Sarpaneva moon in MoonMachine 2, its piercing eyes and pointed features  based on Stepan Sarpaneva’s own face. Two of the Sarpaneva moons are mounted on the moon disc, taking it in turns to cycle under a  Korona ring — another Sarpaneva design hallmark — to indicate the phase of the moon. The third is mounted on the winding rotor. Each  moon is made of gold and finished by hand, which is incredibly challenging at their size. The two small moons on the moon disc measure 4.5mm in diameter and 0.35mm in thickness, while the rotor moon is 8.5mm wide and 0.45mm thick. 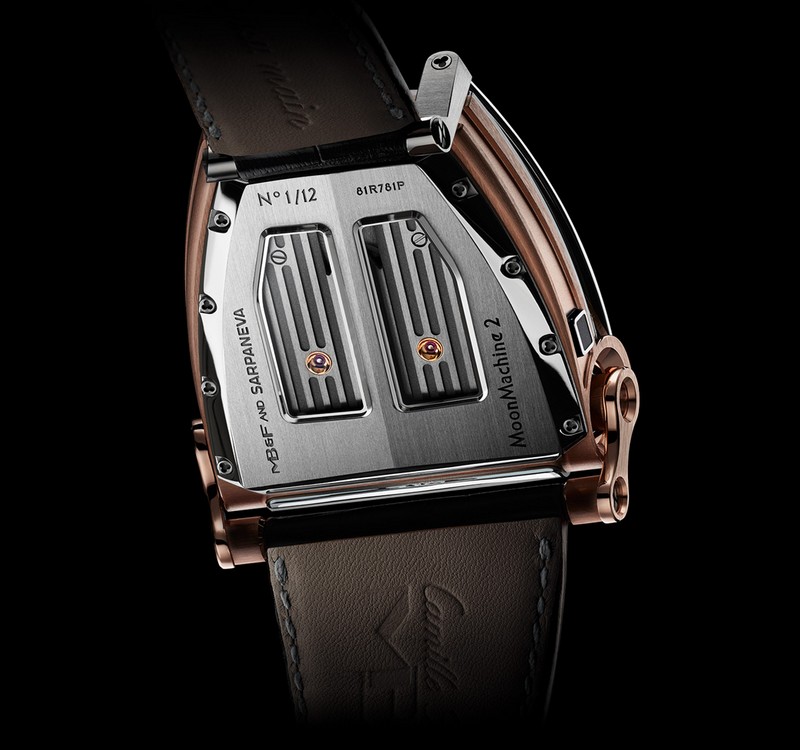 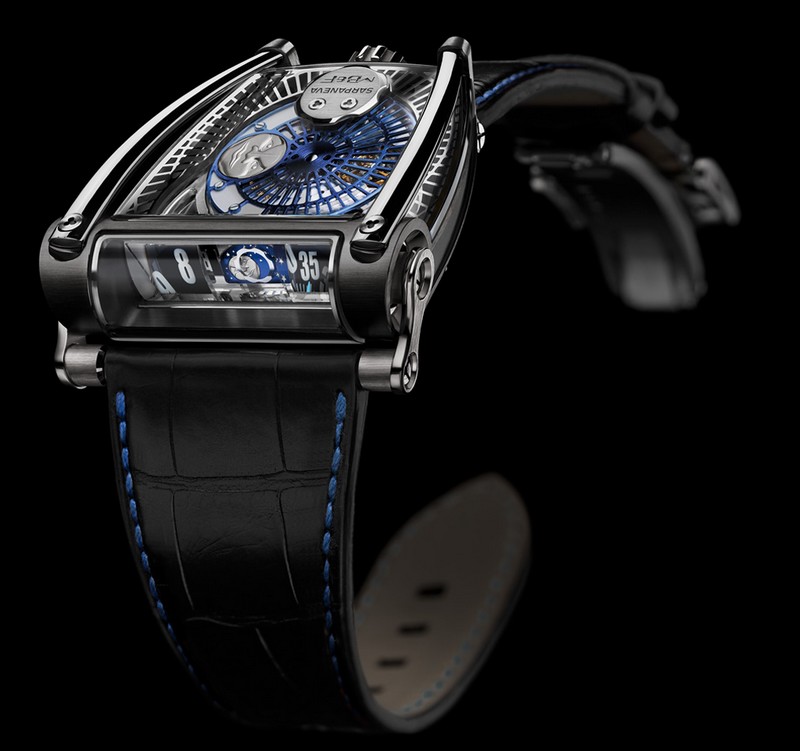 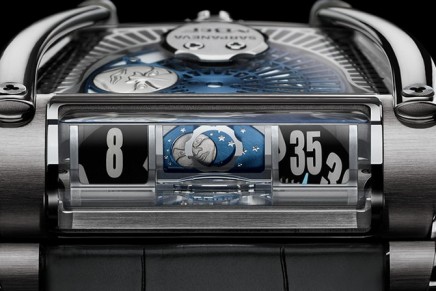 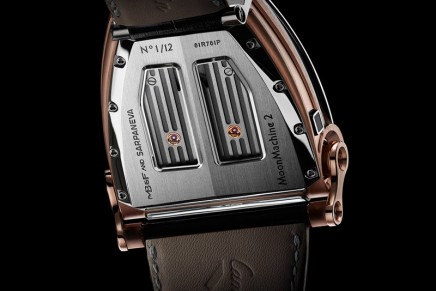 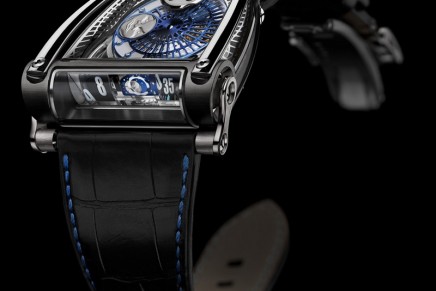 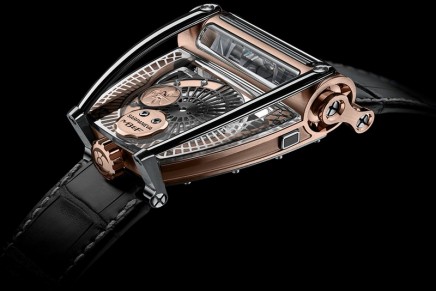