The art of miniature painting shows that perfection is indeed in the details. Using micro painting over 150 years of watchmaking knowledge and experience, Swiss watch manufacturer Ulysse Nardin has transferred a Milo Manara’s story onto ten watch faces in a series that were unveiled for the first time at the SIHH in Geneva in January 2019.

Milo Manara’s watches take you on a voyage into the depths of a mythical sea of desire where Ulyssa, a mermaid, and Nadia, a woman, meet, discover and love each other in a timeless, nautical reverie. 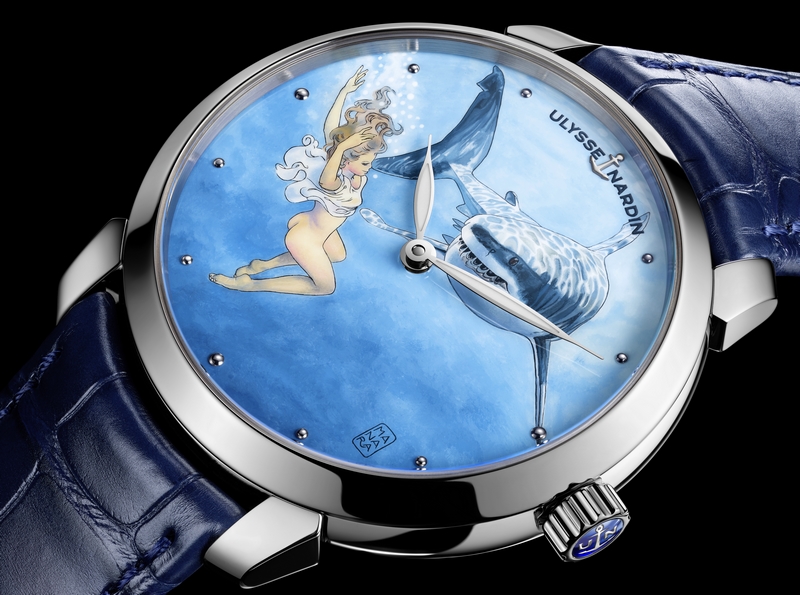 “I AM SURE THAT MERMAIDS DO EXIST” – MILO MANARA

Based on Manara’s illustrations of underwater encounters between a hauntingly beautiful woman and a mythical mermaid, the watches are a palindrome, each one a unique, timeless moment that exists independently from the others.

Where mermaids and sharks bask freely in clear waters, in an underwater world freed from the constraints of time, the tale told on each one of these ten, unique watch faces is a visual feast recounting of a love story between an earthly woman and an otherworldly mermaid. The story unfolds under the waves, in a place where time has no bearing. 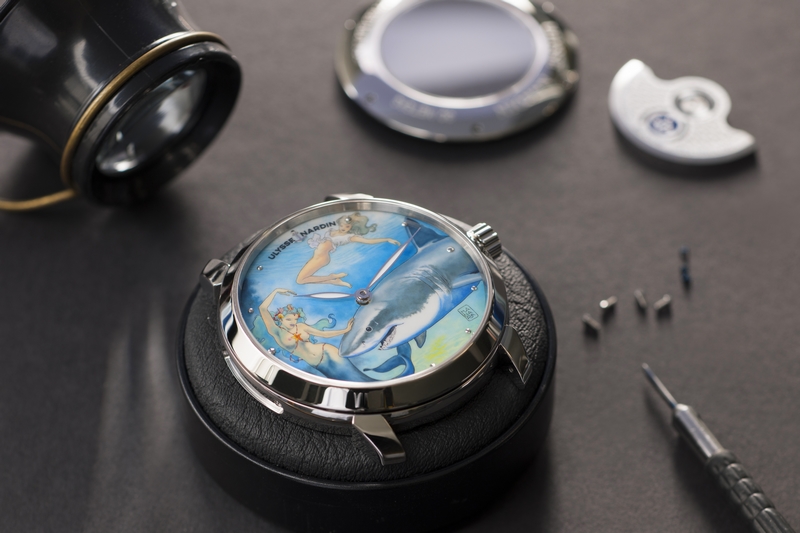 “The clock lends itself particularly precisely to this theme because in eroticism there is eternity,” said artist Milo Manara .

A mermaid and a human meet and engage tenderly under the watchful eye of a distant shark. Like the sirens in Homer’s classic tale of Ulysses, Manara’s mermaid enchants the young woman, taking her into a sensual embrace.

“I had to think of a theme that brings all these ten images together and yet leaves each one its autonomy so that it works on its own without the need for the others”, Manara explained from his studio in Valpolicella, Italy. “This is not a linear story but there is a common thread based on two characters; one is a timeless girl and the other, a mermaid”.

Born in northern Italy, artist Milo Manara has been a graphic illustrator for over fifty years. He was classically trained as a painter, studying the works of Rubens, Caravaggio, and de Chirico before defining his own style. For this series of Ulysse Nardin watches, Manara chose a universal theme and created characters that exist in their own time frame.

“It is clear that these women represent an ideal. If we look at Greek classicism and the Renaissance, one can see that the morphology of the physical model has changed over the centuries. I see my work as a continuous reinterpretation of the ideal model.” 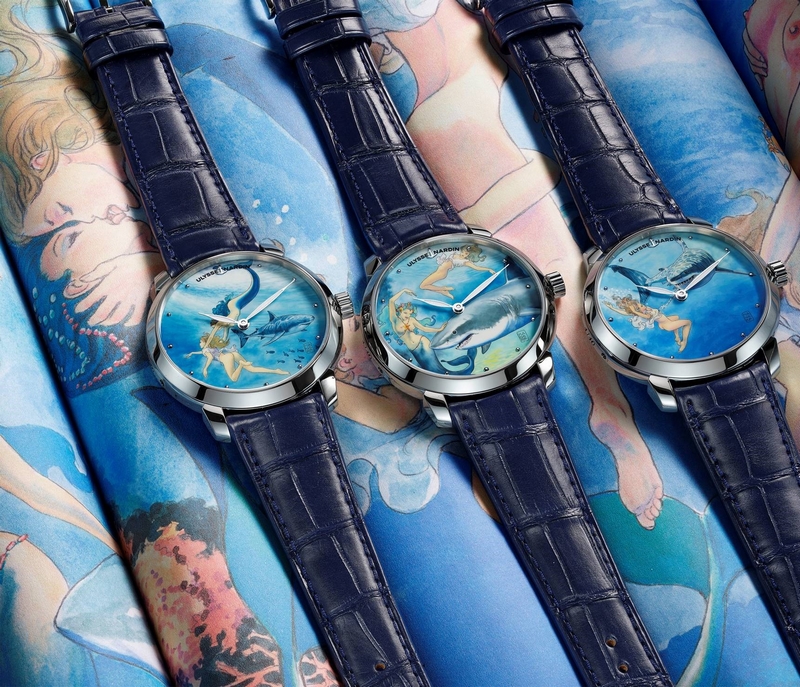 Powered by the UN-320 self-winding manufacture movement and beating at the rhythm of silicium technology – which Ulysse Nardin has mastered for decades – only the hours and minutes are displayed in order to leave a maximum amount of space on the watch faces for the drawings. The hands are discreet, leaving the drawings to star on the face of each watch. These Classico Manara in 40 mm are set on dark blue alligator straps to align with the color tonality dictated by artist. As a special gift from Ulysse Nardin, each watch purchase will be accompanied by an original numbered Milo Manara print, signed by the artist himself.

Manara has created just ten of these illustrations, a series that Ulysse Nardin has reproduced using micro painting.

High in the Swiss mountains, artisans at the Ulysse Nardin Headquarters in Le Locle have been working during approximately 50 hours around the clock to miniaturize each of Manara’s drawings on the dials, a surface which is roughly ten times smaller than the original watercolor paintings. There is an explosion of colours in the sensual details. From the deep blue of the sea to the coral reef barrier, to the little waves details on the surface of the water and the color of the mermaid’s lips and jewels, it has all been painted by hand using a brush the width of a single eyelash.

To enhance Milo Manara’s scenes, lacquer has been applied as a topcoat on the acrylic painting, reflecting the light and nobility of Manara’s artwork. Made of polished stainless steel, these Milo Manara special editions will also be manufactured in 5N rose gold. Ten pieces per drawing will be produced in stainless steel and ten pieces in rose gold, making the series limited to a mere 200 pieces in total. 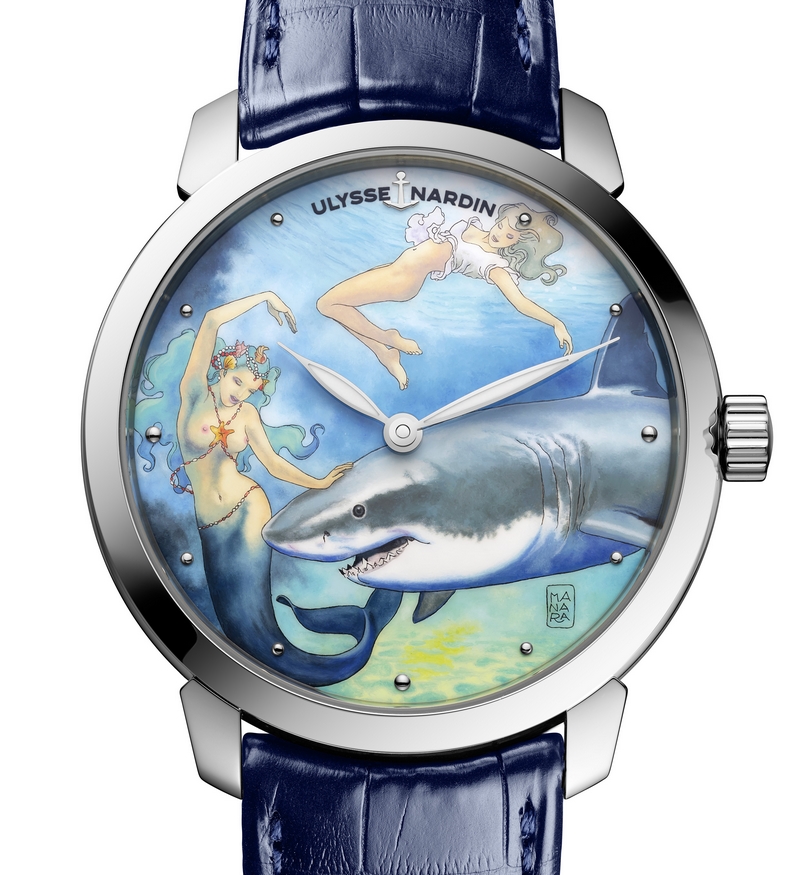 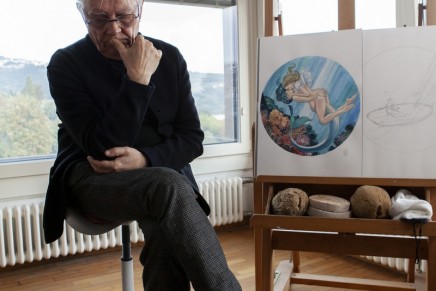 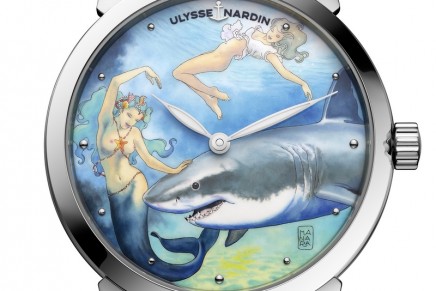 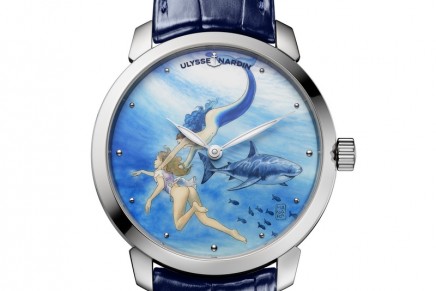 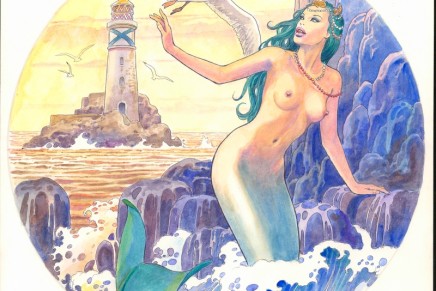 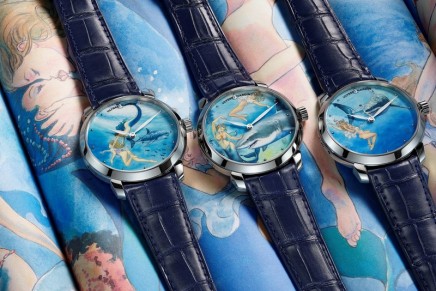 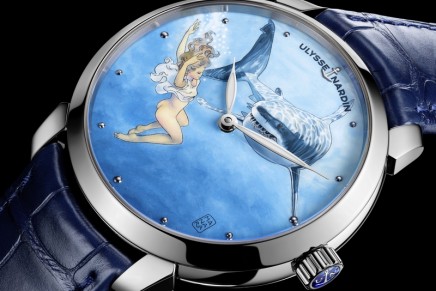 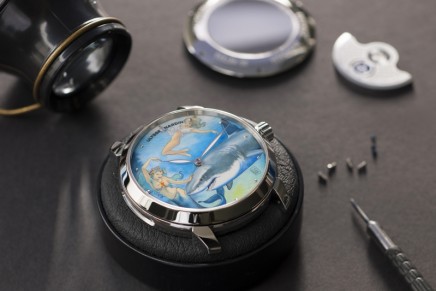