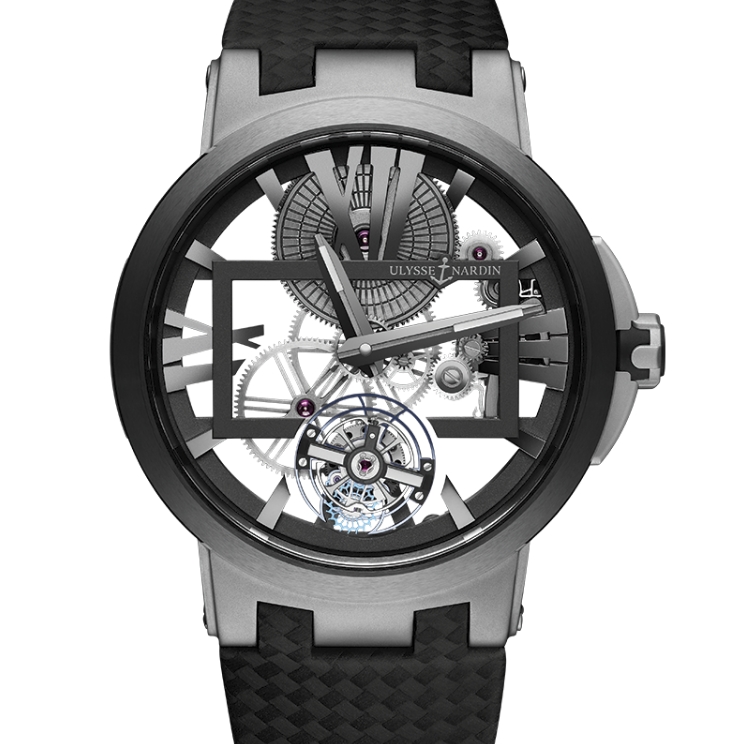 My companion for this year’s Monaco Yacht Show/ MYS(28 September – 1 October 2016) will be the new featherweight Executive Skeleton Tourbillon, an avant-garde creation for the wrist from Ulysse Nardin. The Executive Skeleton Tourbillon is truly a special appearance. The Le Locle-based luxury watchmaker known for its marine chronometers in the fleet of the world’s navies, never stands still. Just like the leading companies in the yachting and luxury sectors on display at the Monaco Yacht Show. As the official sponsor of the Monaco Yacht Show, Ulysse Nardin will once again surprise watch enthusiasts with its latest innovations.

“From the movement of the sea, to the motion of Haute Horlogerie”, the exploration is something in Ulysse Nardin’s blood. The sea, once it casts its spell, holds one in its net of wonder forever. Jacques Ives Cousteau would be happy to see the advances human race has made in the sailing and motor yacht fields.

This ultra-light titanium timepiece at the crossroads of different worlds is Ulysse Nardin’s exploration of new pioneering and innovative materials paired with the expertise in lightweight watch architecture. Ulysse Nardin is adding power and strength by subtracting weight, and letting the human eye to glimpse the intricate heart of the caliber UN-171 Manufacture Skeleton mechanism pulsating at a frequency of 2.5 Hz. There is a whole world out there waiting to be explored.

Like true Renaissance men, Ulysse Nardin‘s watchmakers are not only creators of intricate watches, artisans and masters of timekeeping, but also engineers, multidisciplinary inventors, designers, artisans, mathematicians and poets. In the Haute Horlogerie’s over complicated domain they touch the mystery of uncharted territories. 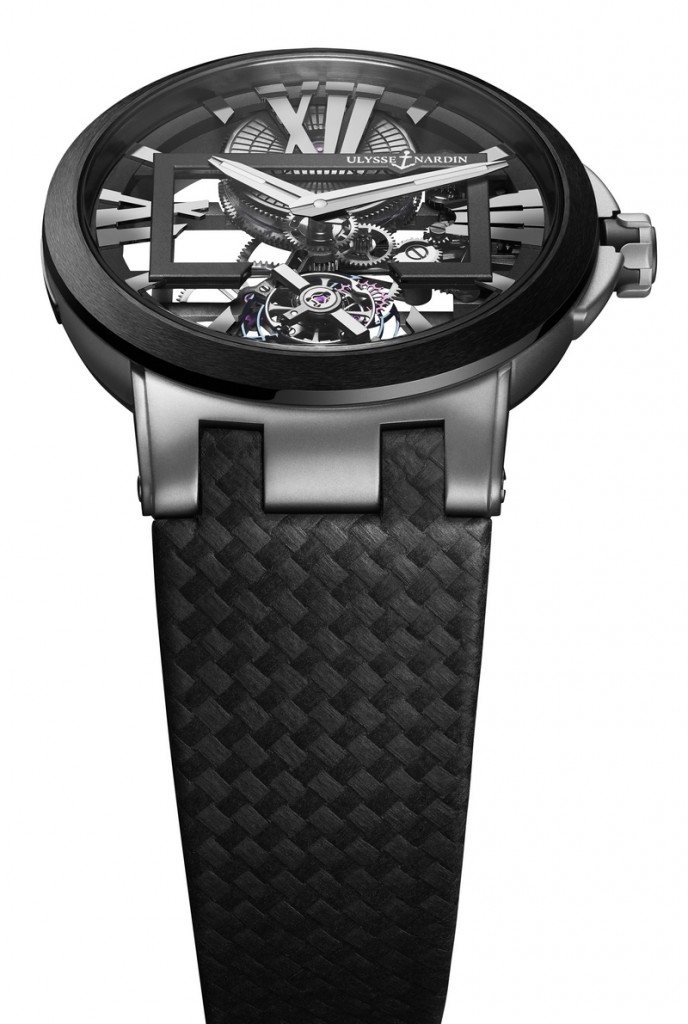 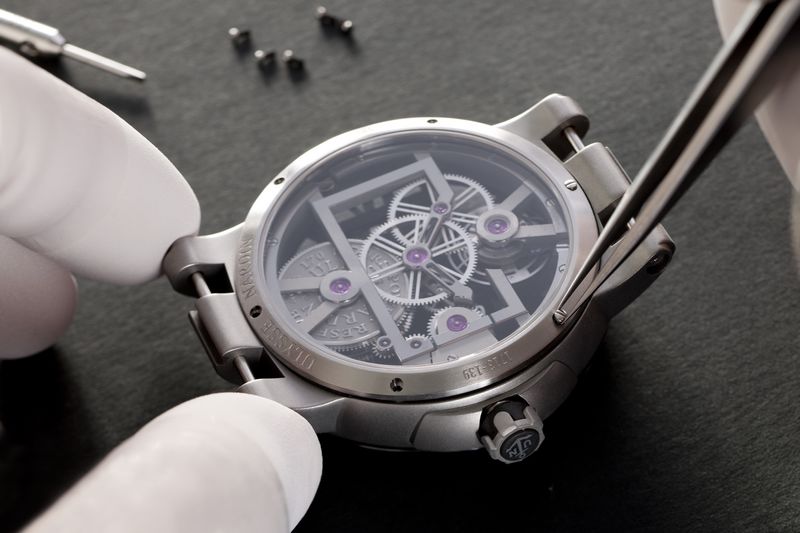 The watch does more than scout out the next design formulas. Holding up a mirror to the Haute Horlogerie niche, the Executive Skeleton Tourbillon is a barometer of the watchmaker’s design preoccupations and a welcome emphasis on useful problem-solving design elements. Since 1846, the grandeur of the ocean and its renewable tremendous force has inspired Ulysse Nardin for a constant innovation of mechanical timepieces.

With contemporary technoid inspirations lines, the Executive Skeleton Tourbillon takes centre stage as a spiritual successor to Ulysse Nardin’s Executive Dual Time watch. The one-of-a-kind display of the 45mm case will let you feast the eyes on a line of classic and modern watchmaking achievements as well as appreciate the rich history of the manufacturer in the Jura Mountains of Switzerland. The prominent anchor, the famed logo, is a beacon for the exploratory nature of a strong character.

From the moment it lands on your wrist, the unparalleled lightness is a feature noticed instantly. Despite the substantial size (45mm) of the titanium round case topped with a ceramic bezel, the athletic timepiece with translucent mechanics, it is easy to wear and easy to use for a truly Executive lifestyle. Named for the Titans of Greek mythology, titanium is appreciated for its durability, light weight, dent and corrosion resistance.

This new carbon fiber-style strap is another instant hit. The finely crafted strap is connected to the case by three talons and is fastened by a folding titanium clasp.

Fully dressed in black, the circle and the square have a grander meaning. Instantly recognizable, the Executive concept is a distant reminder of Leonardo Da Vinci’s Vitruvian Man, Leonardo’s study of proportion. The invisible screen in the center reminds me of the silver screen and its cinematic codes, but also of my years at the University of Theater and Film. It’s a dance of the sword-shaped hands, choreographed on a raised rectangular bridge by oversized Roman numerals, as the time twirls and flies, becoming moments to remember. The transparent sapphire crystal coated with PVD and ruthenium unveils the suspended in the mid-air high-end timekeeping device equipped with a silicium tourbillon. Looking through the skeleton you have a moment of pure contemplation, a moment that is as inspiring as it is powerful.

2LUXURY2.COM partnered with the brand to write this article but every word is ours. 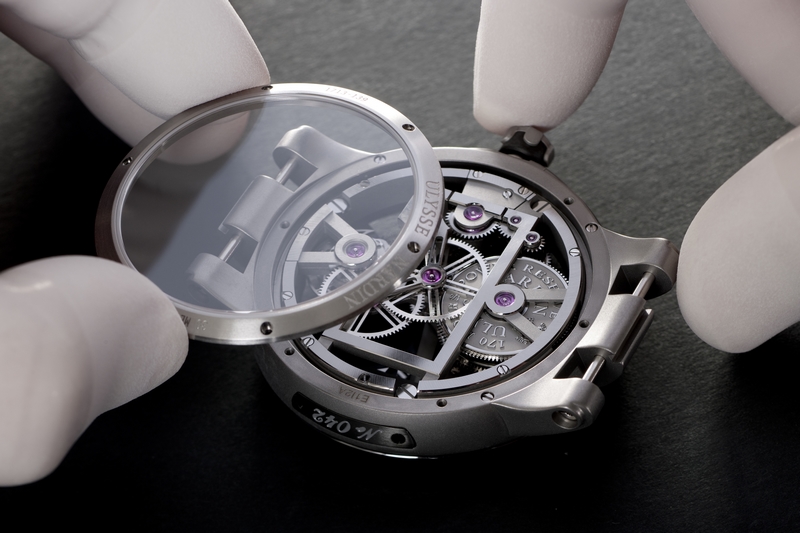 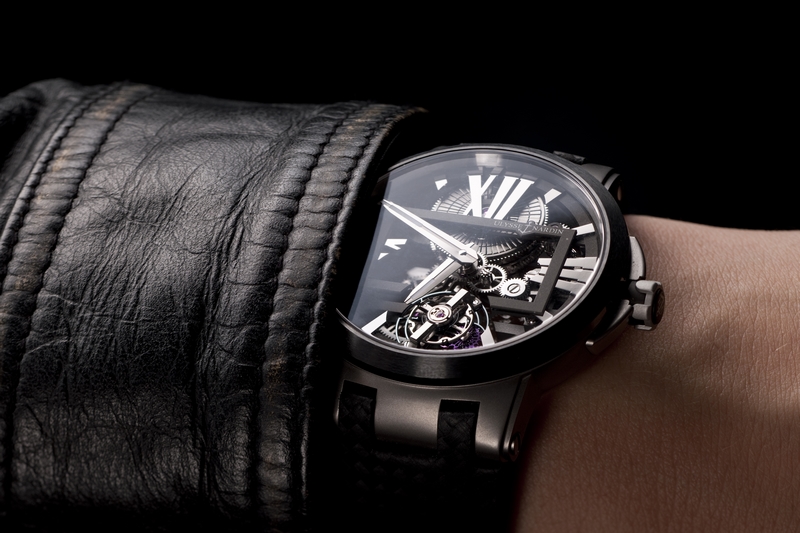 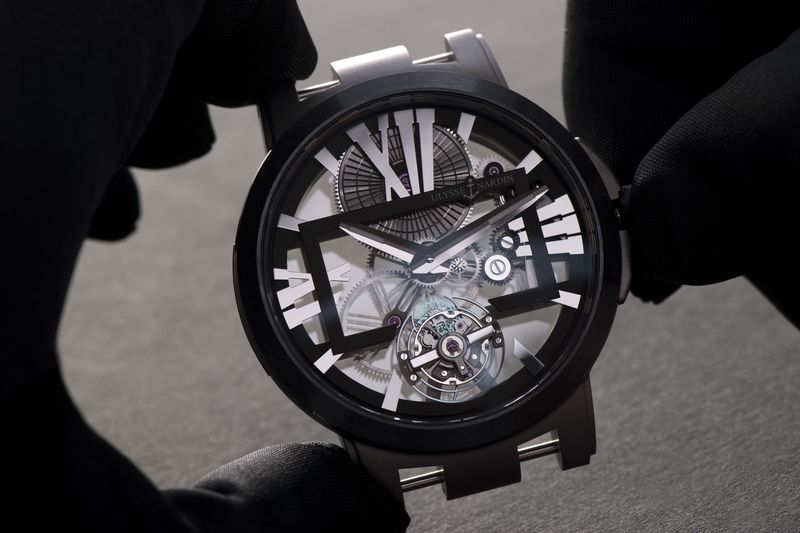 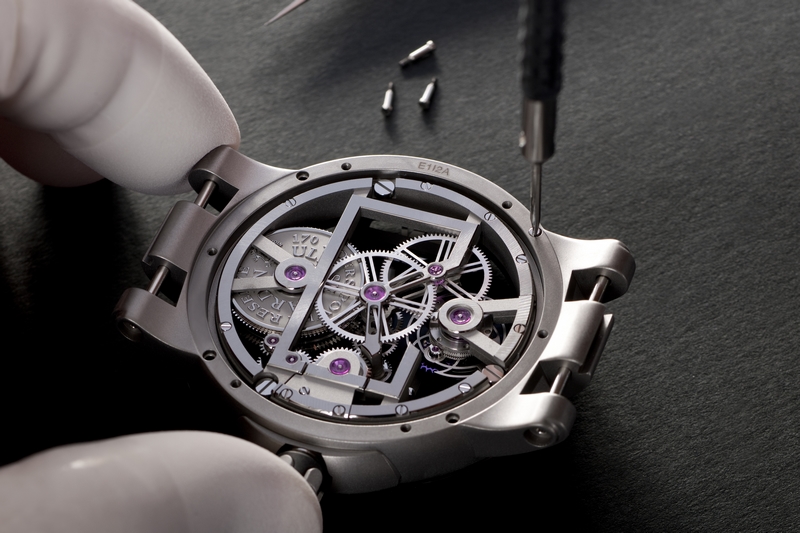 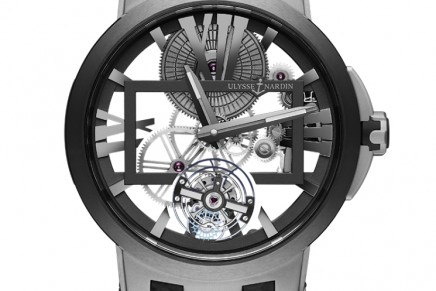 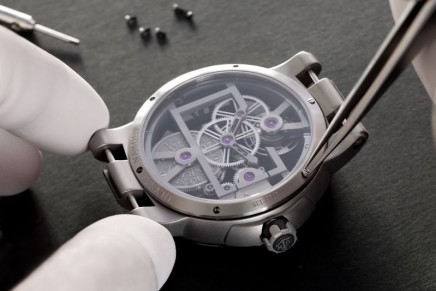 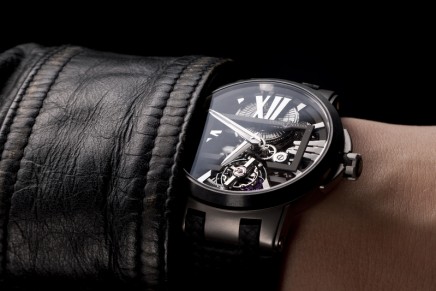 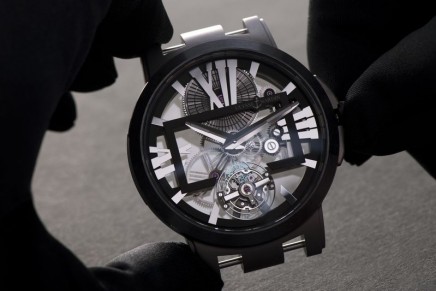 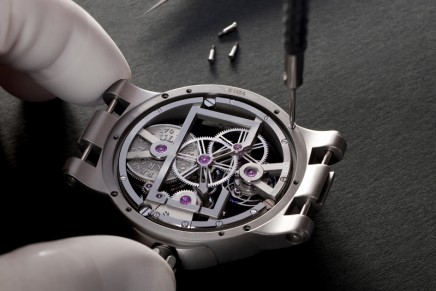 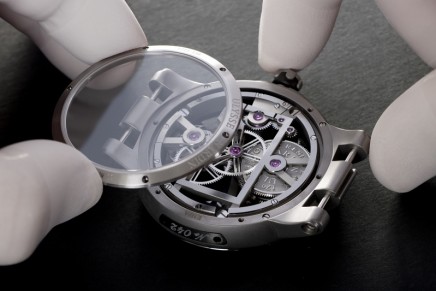 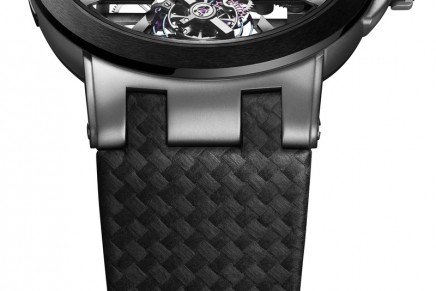