According to the third edition of the Art Basel and UBS Global Art Market Report, in 2018 the global art market grew by 6%, reaching an estimated $67.4 billion. United States is extending its position as the largest art market and the United Kingdom is regaining its place as the second largest art market ahead of China, wrote the renowned cultural economist  Clare McAndrew, Founder of Arts Economics and author of the Report. The report contains over 400 pages of key art market insights.

“While we’ve seen another strong year of aggregate sales, the mood of the market in 2018 was generally less optimistic, as many wider economic and political issues continued to weigh heavily on sentiment. This drove some risk-averse buyers and sellers towards private sales in the dealer market, which saw strong sales overall,” said Clare McAndrew, Founder, Arts Economics.

“The auction market also maintained pace but with wide variations between countries and price segments. Countering this, a very positive finding of the research this year was the dynamism in collecting by global millennials.

New research on global HNW art collectors showed that the millennial generation were considerably more active buyers in all sectors of the art market than other generations, and accounted for about half of those collectors regularly spending at the level of $1 million or higher. It also made clear that their spending patterns and preferences had more in common with other millennials across regions than they did with collectors within their own region from a different generation. Understanding the preferences and motivations of these key global demographic segments will prove critical for the art trade in future,” added McAndrew.

Singapore, Hong Kong, and Taiwan already have among the highest average incomes in the world as well as a high proportion of HNWIs, making them a key focus of marketing efforts for many businesses in the art market.

Sales in the dealer sector increased, driven by gains at top end and marked by further consolidation overall. Equally driven by the top end of the market, sales at public auction also increased with the United States showing the strongest growth.

The top three markets – United States, United Kingdom and China – further cemented their position. In 2018, on average, dealers with turnover below $500,000 saw a drop in sales (of 10%), while those with sales above it all increased. Dealers with sales below $250,000 reported the most significant drop in average turnover, with a decline of 18%. The most improved segment was dealers with turnover between $10 million and $50 million: in 2017, these art dealers showed a decline in sales of 3%, whereas in 2018 they increased by 17%. 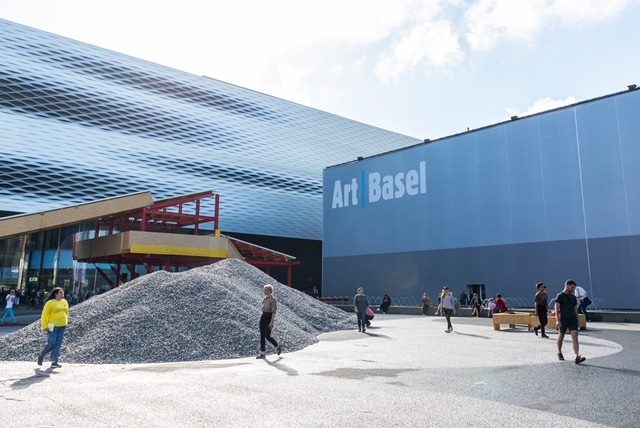 In collaboration with UBS, Dr. McAndrew was able to gather fresh insights on the collecting behavior of HNW individuals in five markets: the United Kingdom, Germany, Singapore, Hong Kong, and Japan.

“The art market is a fascinating reflection of economic developments and trends in wealth creation”, said Mark Haefele, Chief Investment Officer, UBS Global Wealth Management. Most notable is the growth of billionaire and millennial spending power, particularly in Asian markets. As ever, passion remains the market’s lifeblood and drives the best collectors who value quality pieces that provide pleasure and cultural enrichment.”