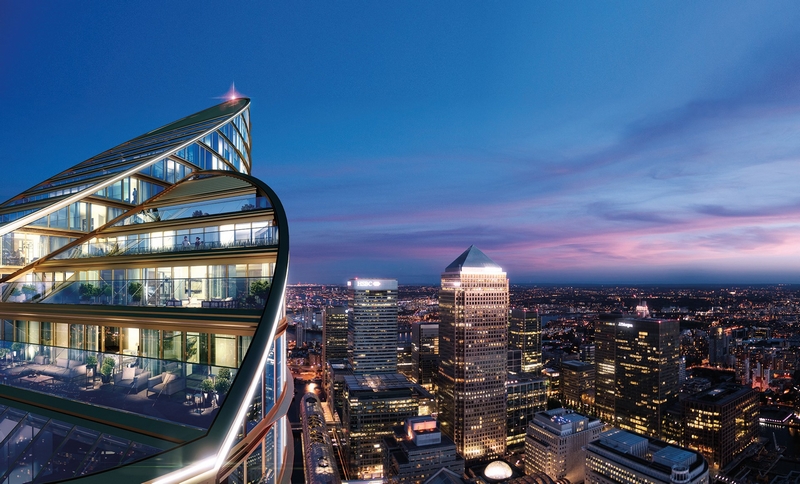 London’s skyline continues to head upwards, with a record 76 tall buildings due to be completed this year, a three-fold increase from 2018.

The number of tall towers – more than 20 storeys high – planned or under construction has also hit a new record of 541, up from 510 in 2017, according to the latest research from the industry forum New London Architecture (NLA).

The annual survey shows 366 of them are in inner London and 175 in outer London; the latter is up 3%. Taken together, the towers will provide more than 110,000 new homes by 2030, while Sadiq Khan, the mayor of London, has called for 66,000 new homes a year after “a systematic failure for decades to build enough new homes that are genuinely affordable”.

At the moment, London has 360 tall buildings. The tallest office tower rising in the City of London is 22 Bishopsgate – known as Twentytwo. It was started in 2008 during the financial crisis and nicknamed the Pinnacle and later the Stump after work stalled. At 62 storeys or 278 metres, it will eclipse the nearby Heron Tower, at 230 metres.

The opening date has been postponed from July to November, with the developers, Sir Stuart Lipton and Peter Rogers, blaming wind for shutting down cranes. Twentytwo will house 11,500 people from more than 100 companies. However, within a few years it will be overtaken by 1 Undershaft, nicknamed “the Trellis”, at 290 metres.

The 220-metre Diamond Tower, a 58-floor luxury apartment block on the Isle of Dogs, is also due to open this year.

Last year’s completions include the Scalpel in Lime Street in the City, a 190-metre tower that owes its shape to protected views of St Paul’s Cathedral and is currently half let. Another was Mapleton Crescent in Wandsworth, south London – a 27-storey factory-built residential high-rise, billed by the developer Pocket Living as Europe’s tallest modular residential tower (89 metres).

Heading even higher, two of Europe’s tallest residential towers will be the 233-metre Landmark Pinnacle on the Isle of Dogs and the 235-metre Spire London, also in Canary Wharf. Both were expected to be completed by 2020. However, work was halted on Spire London last May when it emerged that there was only one escape stairwell for residents on the upper floors.

Despite their dizzying heights, the new skyscrapers do not come close to the Shard, which at 310 metres remains the tallest building in Europe.

The NLA research found 22 out of the 32 London boroughs now have tall buildings under construction, including newcomers Camden, Barnet and Hounslow. Greenwich and Tower Hamlets have the most skyscrapers in the pipeline, 69 and 84 respectively. Ealing will see the largest percentage increase in tall buildings, with a 1,100% increase – from two to 26.

There is no London-wide policy on tall buildings – councils decide whether they want them. Suburban Bromley has none, while Tower Hamlets, half the size, has plenty. They include the revised plans for Westferry Printworks, made up of four residential buildings containing 1,540 homes, including 35% affordable housing.

Peter Murray, the NLA chairman, said: “This is likely to be the shape of the skyline for the next couple of decades, at least; pockets of taller buildings located in those boroughs that are willing to accept them. These buildings are not super-tall, they are generally between 20 and 30 storeys.”

He added: “NLA continues to call for the greater use of computer modelling by planners to assess the impact of taller buildings.”