Maximilian Büsser, the Swiss entrepreneur and founder of the avant-garde boutique watch brand MB&F, long admired desktop weather stations of the last century, but frustrated in not finding the right vintage model for himself decided to create his own.

This intergalactic horological weather station from MB&F + L’Epée 1839 combines UFO elements. A clock, a barometer, a hygrometer, and a thermometer are integrated into a mothership called The Fifth Element. The apparently anachronistic weather station is an entity much larger than the sum of its 500 parts.

But there is also an element of surprise integrated into all of MB&F’s machines: the ability to make us smile. Thanks to the manually-wound, air-regulated movement, a small pilot figurine rotates around the UFO’s cockpit checking the skies.

“The Fifth Element is a confluence of fantasies from classic UFO films, books, and comics of the 1950-60s with the desktop weather stations that were popular before weather forecasts were available on our phones,” says MB&F.

Once the design stage had been validated, the responsibility for making the Fifth Element a reality fell to L’Epée 1839, the only manufacture of high-end clocks in Switzerland. The four elements – clock, barometer, hygrometer, and thermometer – are not only detachable and interchangeable; thanks to integrated support they can also stand, returning to the mothership when required.

The Fifth Element (376 mm in diameter x 209 mm in height) is available in 3 limited editions of 18 pieces each in Black, Silver and Blue. 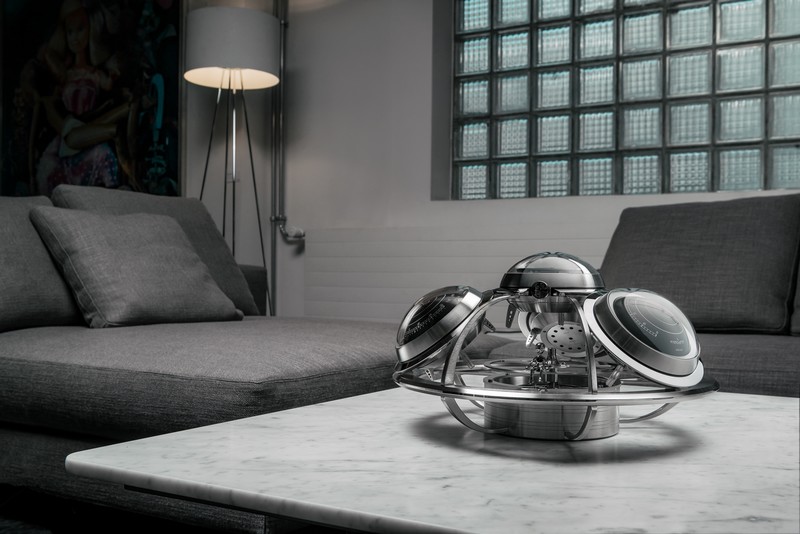 Because weather forecasting is based on the speed of changes over time, the accurate time is required for meteorological observations. For the Fifth Element, L’Epée 1839 reengineered and skeletonised their 8-day clock movement to maximize transparency and visual access.

Because the Clock Element is mobile (it can be detached from the Fifth Element and stand alone, as can all the Elements), the regulator features an Incabloc shock protection system to minimise the risk of damage when the Clock Element is being moved or relocated. While shock protection is standard in wristwatch movements, it is more unusual in generally immobile clocks. Weight: 1,35kg.

The hygrometer measures the percentage of water vapour in the air; it displays this as a percentage of the maximum amount of moisture that might be held at a given temperature. 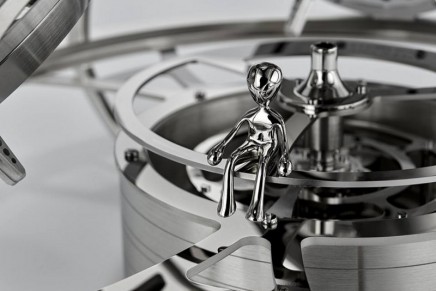 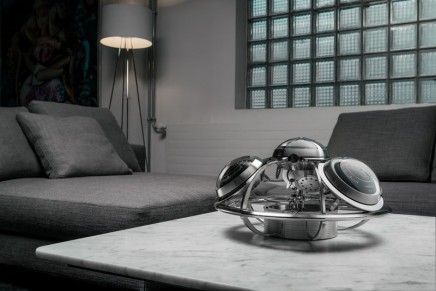