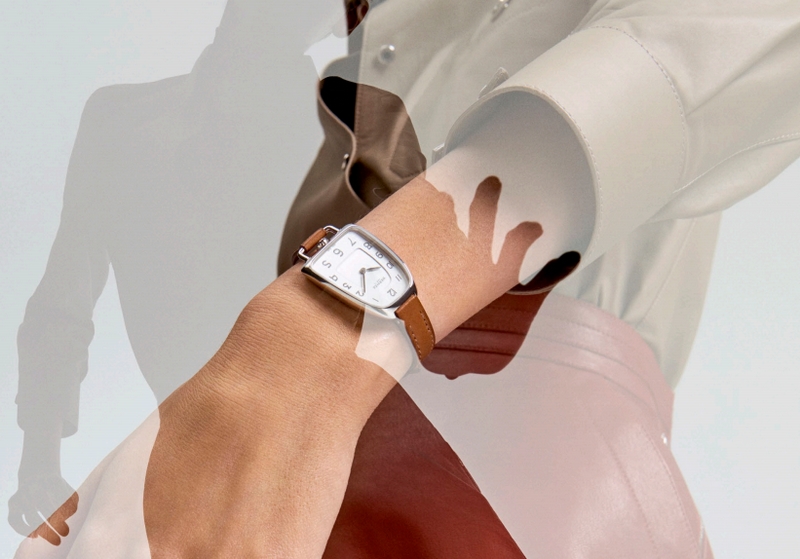 Galop d’Hermès timepiece was born of designer Ini Archibong’s detailed observations of bits, stirrups and harnesses in the Conservatoire des créations Hermès. The designer drew inspiration from every object and component of the harness collections.

“The trip to the Hermès Conservatoire was the catalyst moment for me, and really helped me refine the things that I thought I knew about the house,” the watch designer told revolution.watch in an interview. “If you really look at the watch, you start to see the equestrian influences. There are little elements that point to the heritage of Hermès being first and foremost the maker of the harnesses connected to horses and carriages.”

Light is reflected in the curves, warming the metal and suffusing the shapes with vibrancy. Through the domed sapphire crystal, it exalts the gentleness of the dial. Organic simplicity. A sudden vision of a pebble swept along by a river, the river of time…

“The material I work with is light. I create shapes to catch the light. I have learned to design aerodynamic shapes and futuristic lines that use surfaces in order to explore light effects.” commented designer Ini Archibong. 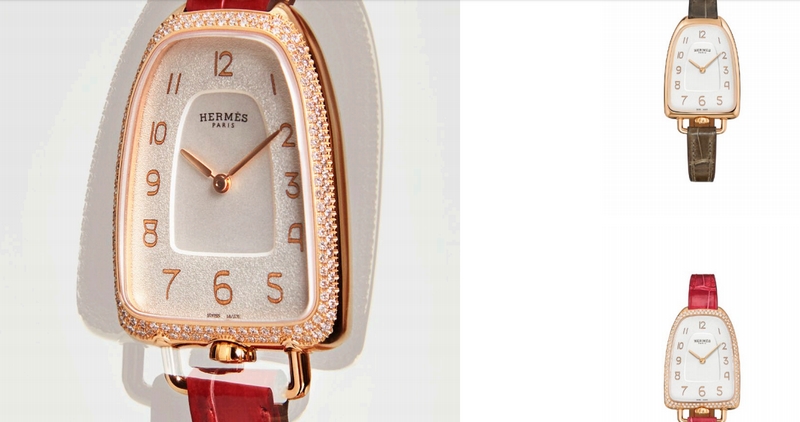 “More than a piece of jewellery and more than a watch, Galop d’Hermès is a style object devoid of any formalism. It is free-spirited, witty and passionate,” said Philippe Delhotal, Design and Development Director, Hermès Horloger.

The case is a vessel hurtling through the air, shooting through the space-time continuum. For one brief moment, the eye lingers on the hand pointing to the 8. In a singular transformation, the symbol of infinity becomes an inverted stirrup

Ini Archibong has designed a progressive typeface, the size of the numerals gradually unfurling, smaller and leaner at the front so as to create a sense of perspective. Aboard, they focus on the quality of movement. In a final mischievous touch, the 6 o’clock crown creates a symmetrical effect.

“For Hermès, which ventured into watchmaking 41 years ago by adding a manufacturing capacity to its retail watch business, Galop d’Hermès promises to be the start of a new line that could be developed over the years, as has been done with Arceau and Cape Cod,” commented news.artnet.com

“Overall, this watch’s greatest achievement is its ability to feel incredibly familiar despite its new, visionary design,” wrote chrono24 in their review of Hermès presence at SIHH 2019.

“Ini Archibong did a great job in developing a new Hermès icon that fits in perfectly with the brand’s rich history. The only thing missing is for Hermès to develop a mechanical movement for the Galop d’Hermès because that’s what this beautiful watch deserves,” added chrono24.com. 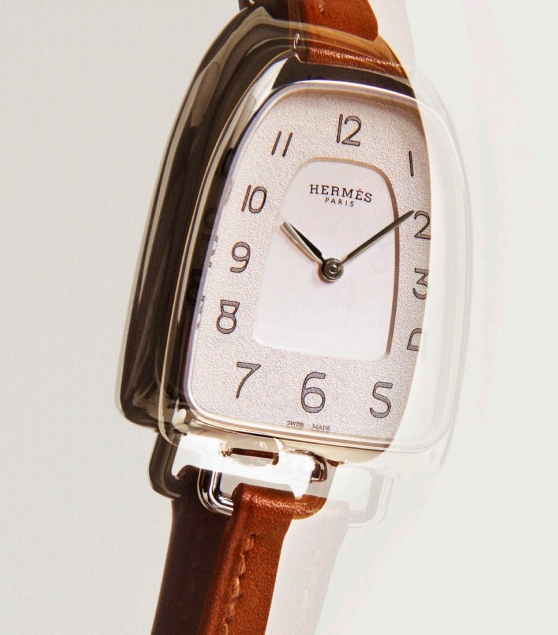 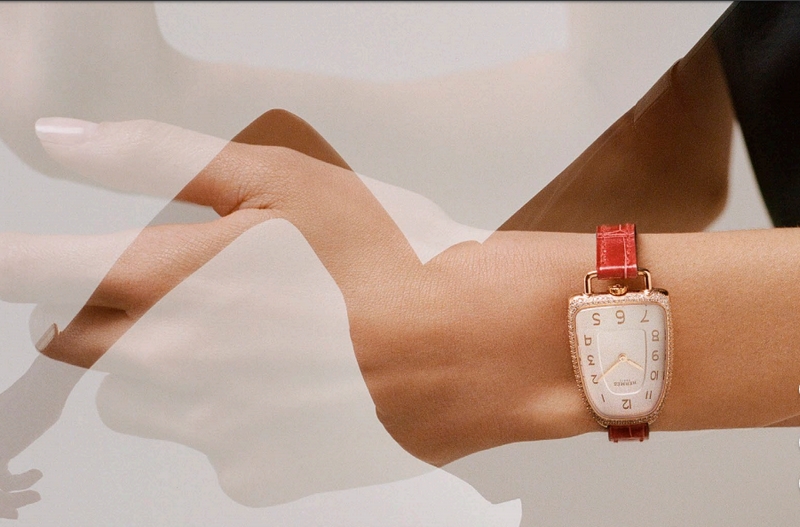 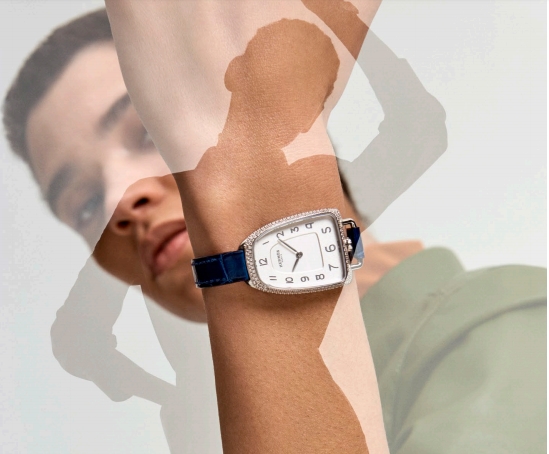 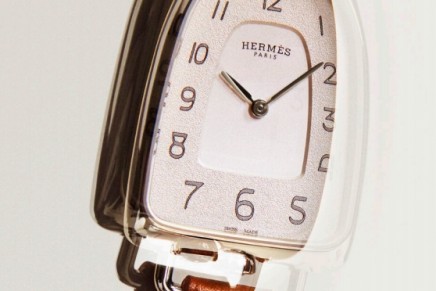 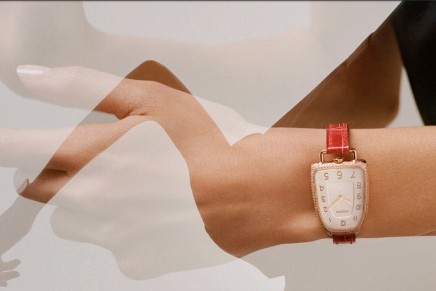 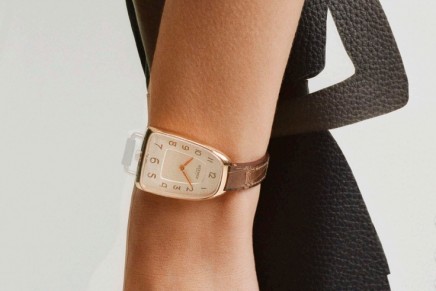 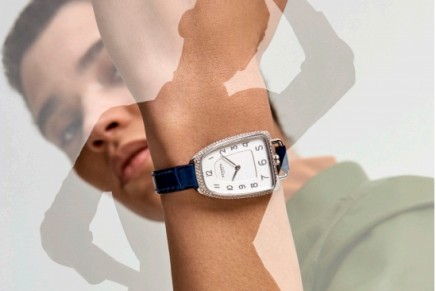