The vintage-inspired Fifty Fathoms Bathyscaphe, first presented in 2013, is extending its range by introducing a 38 mm timepiece in abyss blue. 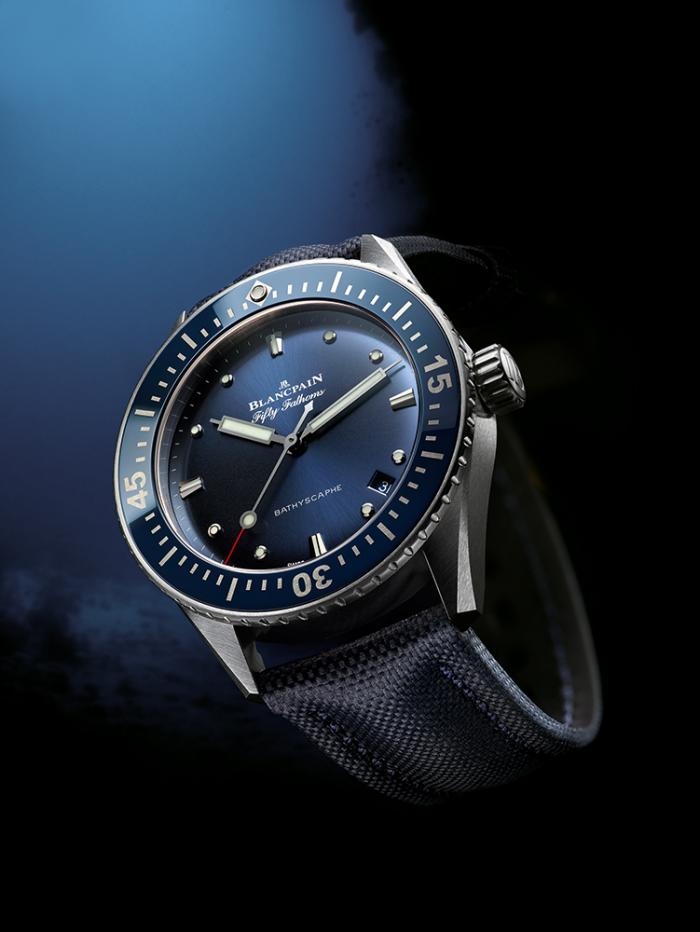 Blancpain invented the Fifty Fathoms, the first modern diving watch, more than 60 years ago. Since then, the famous prestige and luxury watch manufacturer have developed significant relationships with scientists, divers, government organizations and other ocean pioneers.

Blancpain Bathyscaphe diving watches were created in the late 1950s, with models first for men and later for women. In 2013, to mark the 60th anniversary of the Fifty Fathoms, the Bathyscaphe appeared with a new aesthetic reminiscent of the first editions. The contours were as sharply defined as their predecessors and the hands featured a traditional vintage look. Like any self-respecting diving watch, each model is equipped with a unidirectional bezel rotating counter-clockwise by small notches. 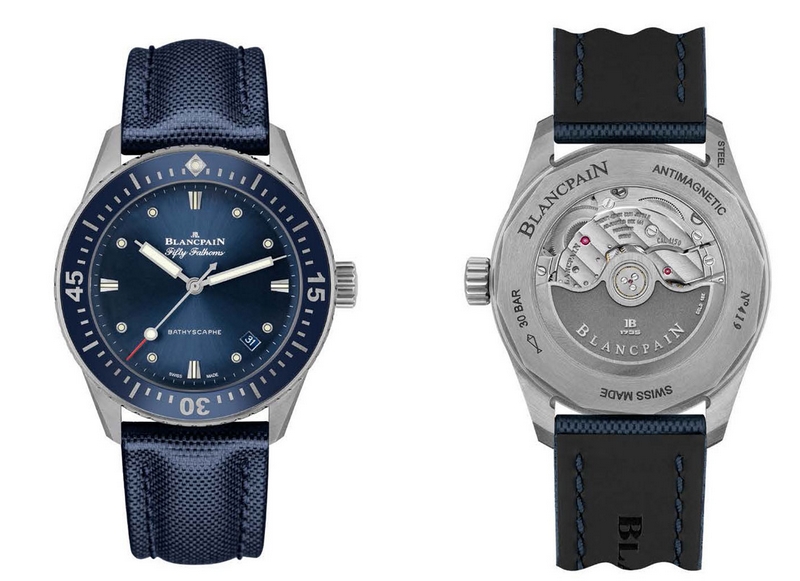 The new three-hand 38 mm Fifty Fathoms Bathyscaphe diving model appears in a blue shade particularlycherished by Blancpain in that it recalls the depths of the ocean. Various key characteristics of thistimepiece are nods to the historical Fifty Fathoms editions. Setting the perfect finishing touch, the steelbezel features a blue ceramic insert and hour-markers in Liquidmetal, an alloy known for its deformation resistance and its long-term stability.

Loyal to the original Bathyscaphe version, the luminescent dot on the bezel serves as an index for divers, enabling accurate alignment with the minutes hand and thereby defining the start of a given dive time. During the immersion, the seconds hand serves as an operating indicator. Water-resistant to 30 bar (approximately 300 meters), the Fifty Fathoms Bathyscaphe is powered by Caliber 1150.

This movement distinguished by its robustness and its chronometric performance is equipped with two series-coupled barrels ensuring a 100-hour power reserve while guaranteeing constant energy, a significant technological feat. The caliber is visible through a sapphire crystal case-back enabling one to admire its  solid gold oscillating weight coated in NAC (a platinum alloy) and sculpted to form the raised Blancpain logo appearing in relief.

“Its silicon balance-spring is a relatively recent watch industry innovation that features several advantages: low density reducing its weight, greater shock resistance, as well as imperviousness to magnetic fields. These properties endow the balance-spring with an almost perfect geometry that enhances the movement’s isochronism and thereby improves the precision of the watch,” says the manufacturer from Paudex, Switzerland.

The Fifty-Fathoms watch was selected by the United States Navy and worn by Jacques-Yves Cousteau in his award-winning film. In 1984, Blancpain launched the world’s smallest movement, followed in 1989 by the launch of the world’s thinnest movement. 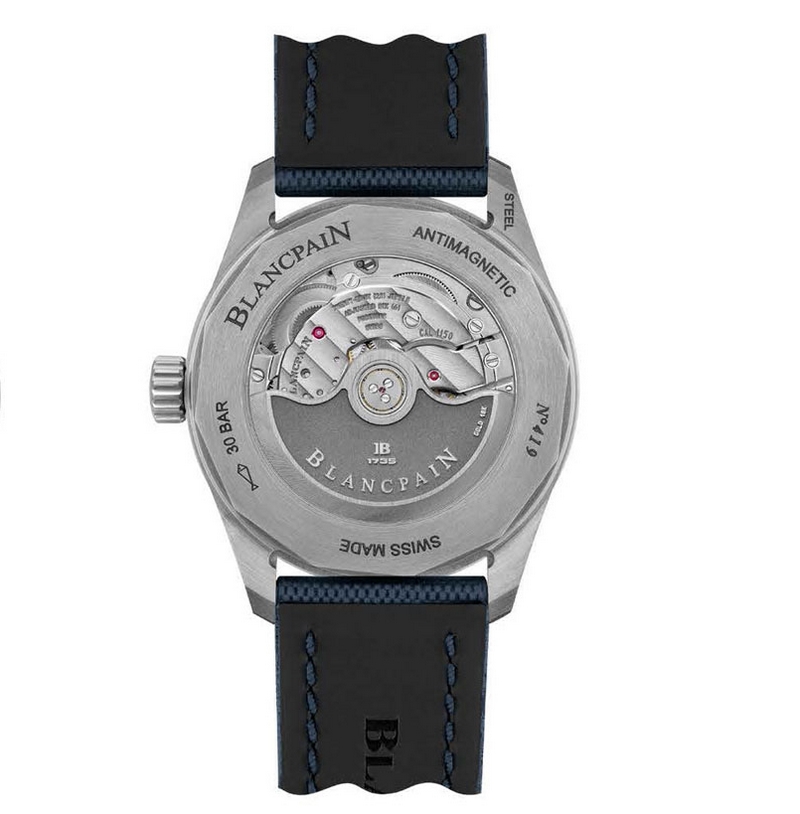 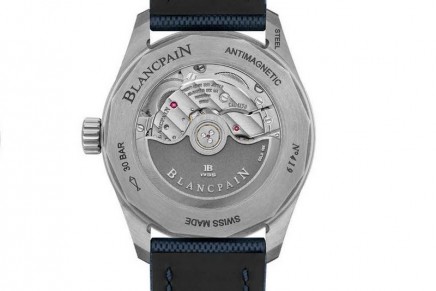 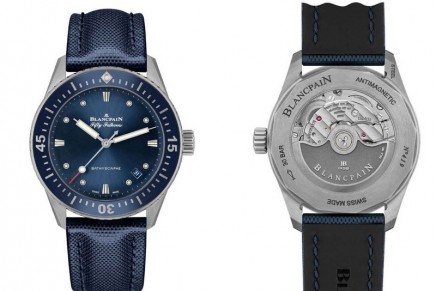 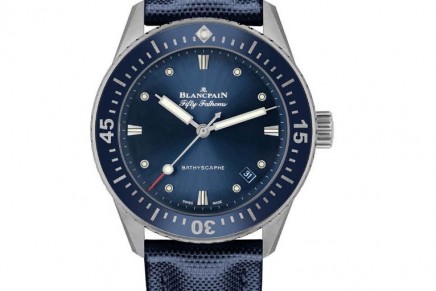 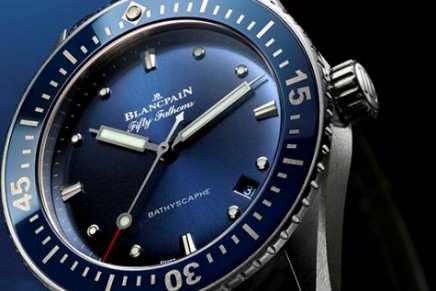 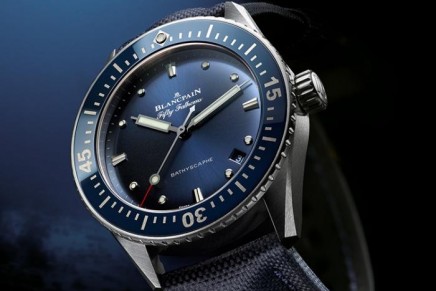