Have a look at some of the flying vehicles that someday could carry passengers over traffic.

The interest in the vertical takeoff and landing (commonly known as VTOL) aircrafts shows exponential growth and the worldwide demand of planes that don’t need runways will continue to rise, and so will the supply. But the era of functioning flying cars is yet to come. All the major and viable projects are currently in development phase. The missing infrastructure to support flying cars, the associated regulations and 1001 challenges ahead show how much work the tech entrepreneurs have ahead of them.

The idea of democratization of personal flight is in the air. You may be smile, but it will come. The first commercial personal aerial vehicles we will see will be taxi services (like UBER Elevate) built to shuttle passengers and to transform the hours wasted on the roads into more enjoyable activities. The time gain will mean reduced stress levels, more time with the loved ones or a much-awaited escape on casino-bonuscode.us. No dream is too high for those with their eyes in the sky. 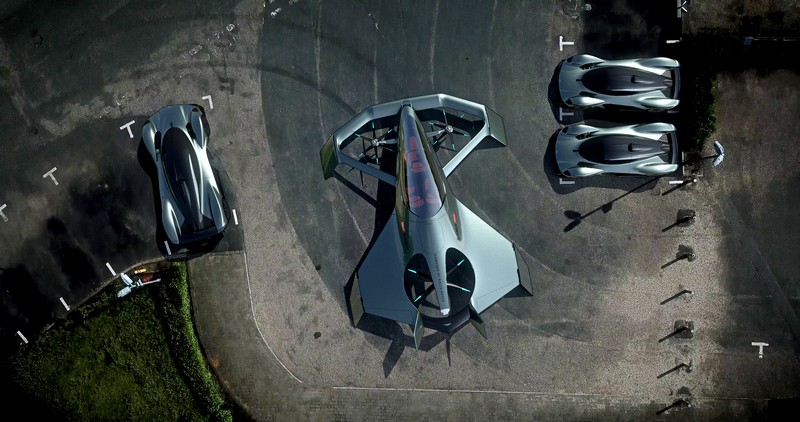 Although there are many startups and established aerospace companies competing to develop e-VTOL taxis, KittyHawk and Joby Aviation are among the furthest along.

According to theguardian, “Kitty Hawk and Joby Aviation received a total of nearly $2m from the Defense Innovation Unit Experimental (DIUx), a Pentagon organization founded to help America’s military make faster use of emerging technologies. Neither company, nor the DIUx, disclosed the funding at the time.” 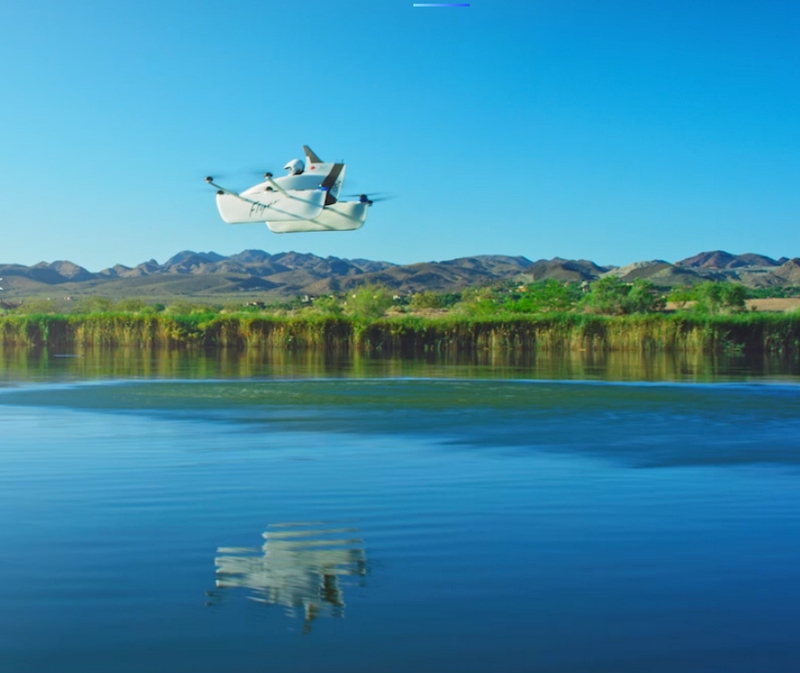 Google founder Larry Page’s “flying car” is an all-electric hoverbike designed to be flown specifically over water. The flying vehicle maintains an altitude of 3 meters/10 feet creating thrust through all-electric motors that are significantly quieter than any fossil fuel based equivalent.
In the US, Flyer operates under FAA CFR Part 103 – Ultralight. FAA does not require aircraft registration or pilot certification though flight training is highly encouraged. Ultralights may only be flown over non congested areas.

The company has not yet disclosed the sale price of this toy, but announced its intention to make fleets of Flyer available to fly in recreational environments around the world. 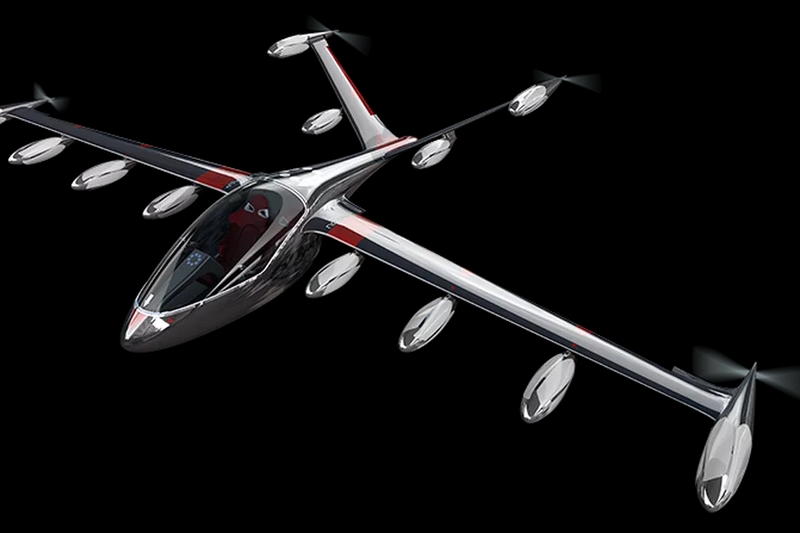 With an intended range of 150 miles on a single charge, Joby Aviation S4 aircraft will carry four passengers. “We’ve been working toward a future where you can book a flight on one of our vehicles with one click. It’ll pick you up from a nearby vertiport and fly you safely to your destination. You’ll get there at least five times faster than driving, withzero emissions,” explained Joby Aviation’s team.

At the beginning of 2018, Joby Aviation announced it has secured $100M in Series B financing to take its all-electric vertical take-off and landing (eVTOL) passenger aircraft into pre-production and certification. The financing was led by Intel Capital, and includes strategic investors from all over the world (JetBlue Technology Ventures and Toyota AI Ventures are among them).

The 100 % electric Volocopter 2X is a new two-seat e-multicopter which can fly completely autonomously or be easily operated using a joystick. The world’s first multicopter with a certificate for manned flight, is incredibly quiet thanks to its state-of-the-art components that optimize the acoustic signature. Volocopter’s dream is to integrate air taxis into existing transportation systems and to provide additional mobility for up to 10.000 passengers per day with a single point to point connection.

“The pilot merely has to command direction via a joystick and the 2-seater, ultralight aircraft glides into the desired position. In this process our comprehensive redundancy concept ensures a level of safety that immediately compensates a failure of the drive units and forgives a large number of flying errors. Moreover, we have already developed the prototypes of the VC200 with environmentally-friendly rechargeable battery technology,” said Volocopter’s team. 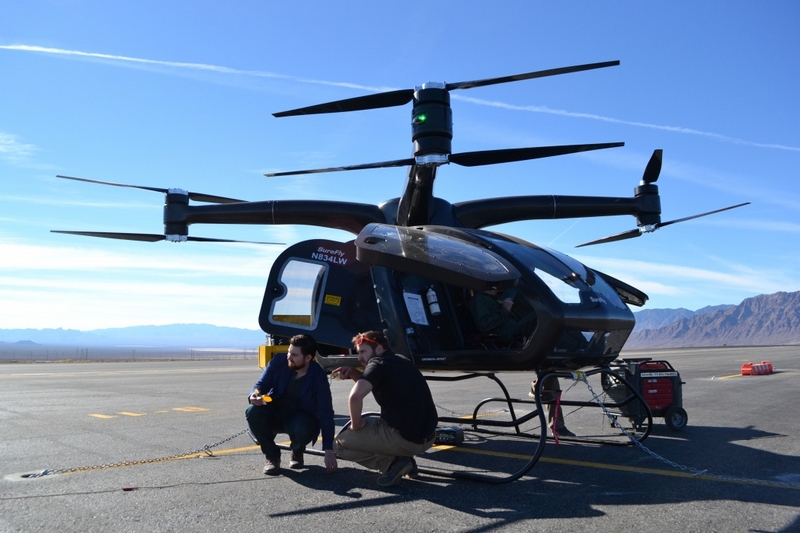 The two-place, hybrid-electric VTOL multi-copter aircraft with a target price under $200,000 is a reinvention of a helicopter. The personal aircraft by Workhorse aims to offer affordable, easy-to-pilot, and safe solutions to personal flight. It will carry about 400 pounds of payload approximately 70 miles, at a speed of about 70 mph.

“With our tech expertise developing carbon fiber drones and electric battery powered vehicles, we now showcase our two person, 8 rotor helicopter. This hybrid aircraft is designed for a short hop application with an estimated 70 mile range. In addition the SureFly packs an on-board fully redundant backup battery system. The four carbon fiber arms fold down providing a small footprint to store inside a standard garage,” says the company.

Workhouse anticipates to use the Surefly for precision agriculture, emergency responders, city commuters, and for military purposes. 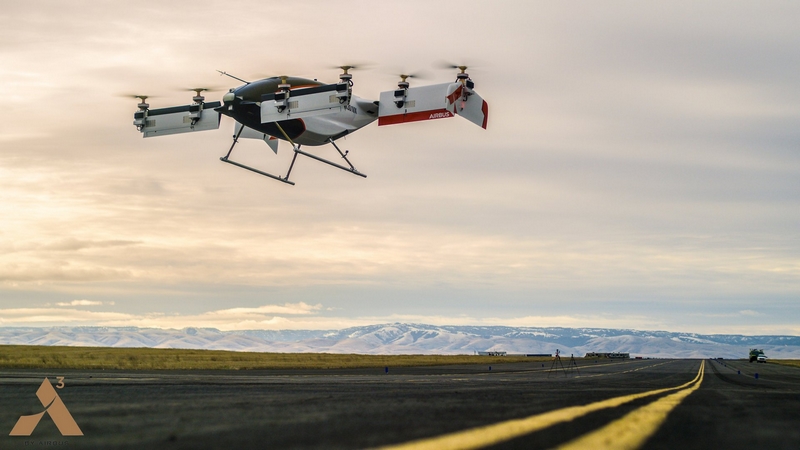 Vahana is Airbus‘ venture in the realm of VTOL innovation. Entirely self-piloted, Vahana announced the successful completion of its first full-scale flight test. The first flight had a duration of 53 seconds but was fully self-piloted. A^3 CEO Robert Lyasoff believes that the project is totally feasible. “Many of the technologies needed, such as batteries, motors and avionics are most of the way there,” he explains. However, Vahana also requires reliable sense-and-avoid technology. While this is just starting to be introduced in cars, no mature airborne solutions currently exist. “That’s one of the bigger challenges we aim to resolve as early as possible,”added Lyasoff. 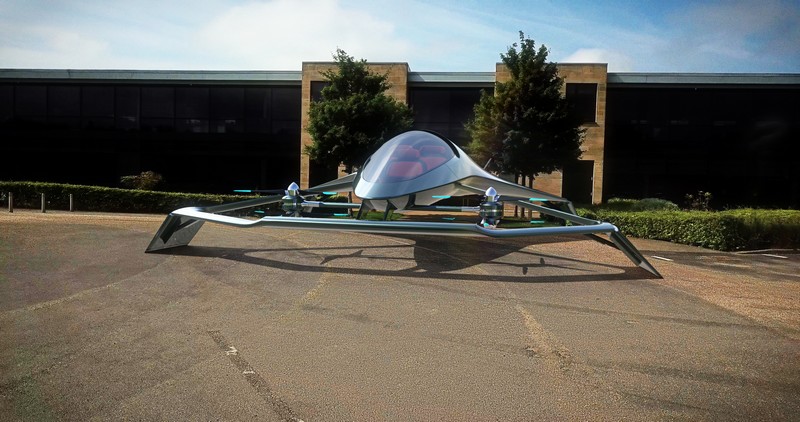 Aston Martin’s signature design is now coupled with the latest advances in aerospace. The result is The Volante Vision Concept – the ultimate luxury mobility solution made in partnership with Cranfield University, Cranfield Aerospace Solutions, and Rolls-Royce. According to Aston Martin President and CEO Andy Palmer, air travel will be a crucial part in the future of transportation. The flying autonomous hybrid-electric vehicle with room for three passengers is intended for urban and inter-city air travel. 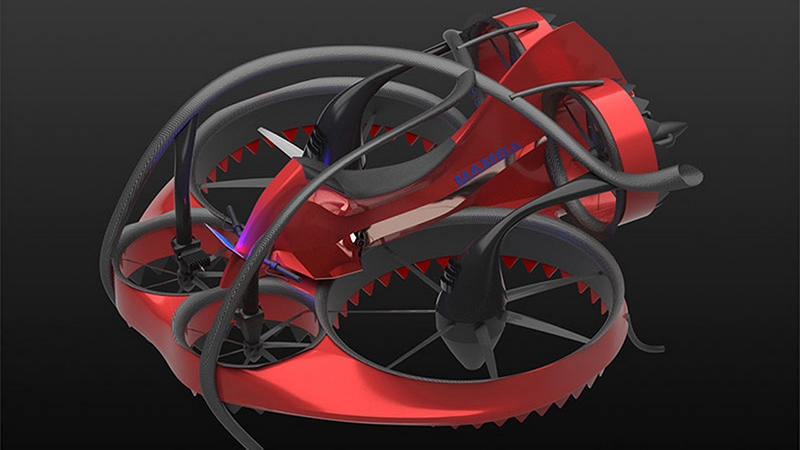 The idea of flying cars is also very appealing to Boeing. The American multinational corporation that designs, manufactures, and sells airplanes, rotorcraft, rockets, and satellites wants to inspire the world’s greatest inventors and builders to create a device that will make people fly. The aviation giant created a $2 million design contest called GoFly with the goal to”create a personal flying device that can safely be used by anyone, anywhere.” The competition has rallied thousands of innovators from around the world to participate. The Mamba hexcopter, featuring shrouded rotors,
and Vantage, a five-rotor hybrid airbike submitted by Leap in the United Kingdom, were two of 10 winners in the design phase of the GoFly Prize.
This June, the GoFly Prize announced the 10 winners of Phase I of the challenge. Boeing also revealed a new design concept of the Cargo Air Vehicle (CAV), which is rapidly evolving following an initial round of aerodynamic testing. 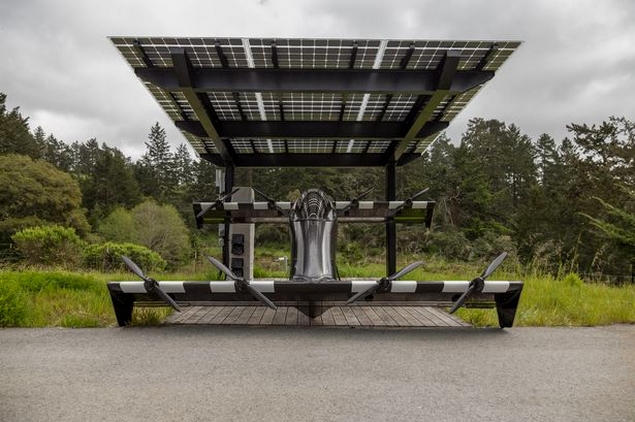 This ultralight, all-electric, fixed-wing, vertical take-off and landing (VTOL) aircraft was presented at the recent EAA AirVenture 2018 in Oshkosh, Wisconsin. The flying car built by Californian company Opener will not require a pilot’s licence and will include super charging capabilities (under 30 minutes), low noise signature, geofence-capabilities, automatic return-to-home button , and ballistic parachute option. 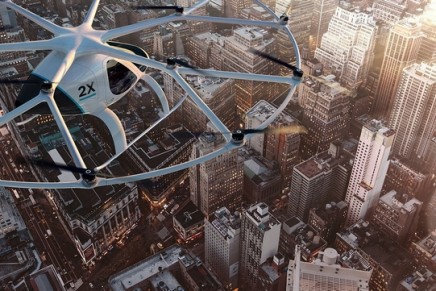 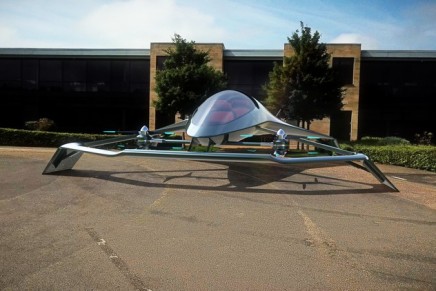 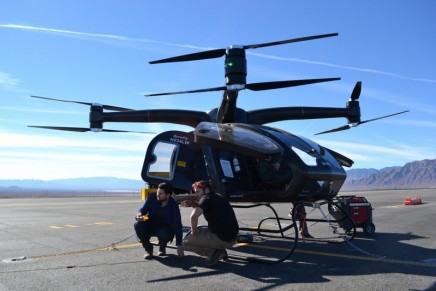 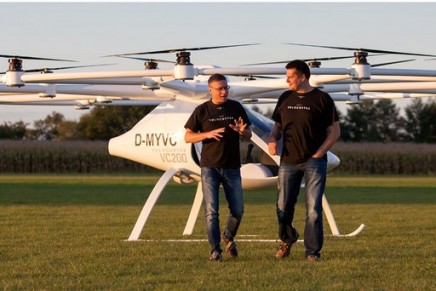 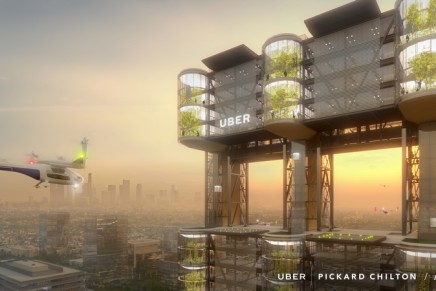 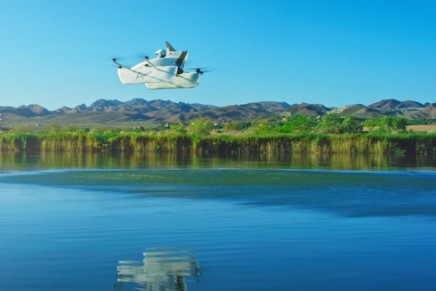 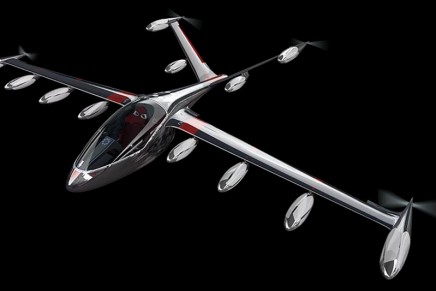 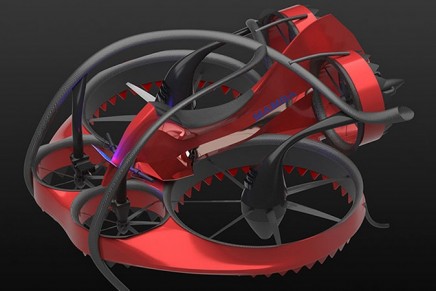 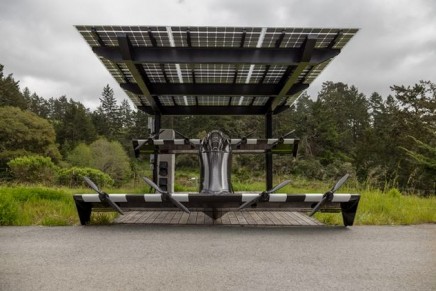 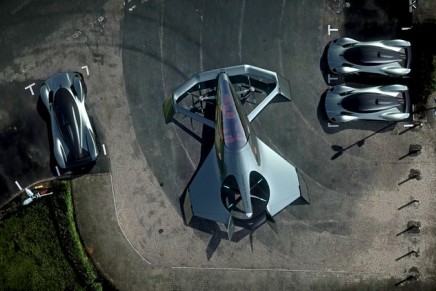 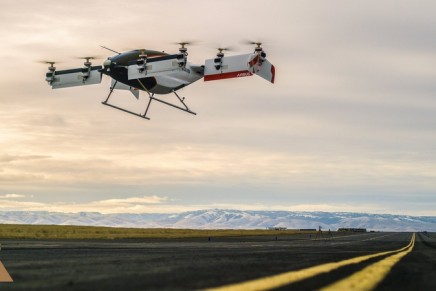