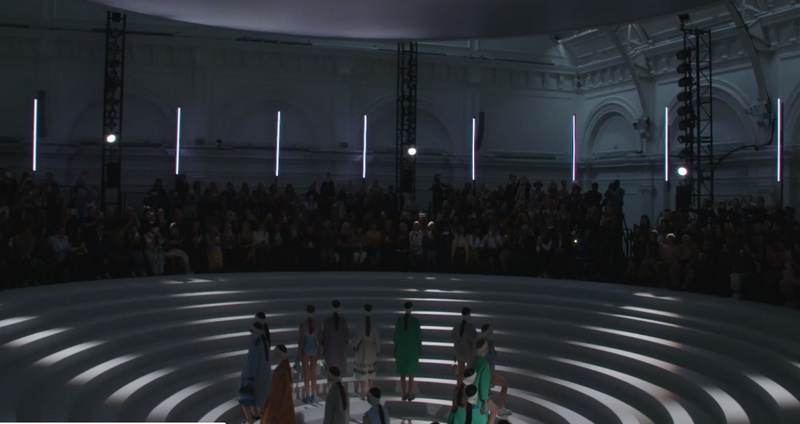 The Fashion Award nominations for 2018 have been announced this morning, with major nods going to the most high-profile designer debuts of the year.

Louis Vuitton’s Virgil Abloh and Dior Homme’s Kim Jones, who unveiled their first collections for the luxury houses in July, have both picked up a nomination in the prized Designer of the Year category, while Riccardo Tisci, who took over the reigns at Burberry, has been nominated in the British Designer of the Year Menswear group.

The 10 pre-announced awards, which will be given out at a star-studded ceremony at the Royal Albert Hall on December 10, also include categories for: British Emerging Talent Menswear; British Emerging Talent, Womenswear; Business Leader; Model of the Year; Urban Luxe and Brand of the Year. The latter sees Balenciaga, Burberry, Gucci, Off-White and Prada up for the top prize.

“We are delighted to reveal the nominees for the 2018 Fashion Awards,” said Nadja Swarovski, member of the executive board at Swarovski which sponsors the event. “Representing fashion’s most inspiring emerging and established talents, this list is the perfect showcase for the energy and diversity of the industry today.”

For the first time, this year’s awards will also honour 100 of the most innovative and inspiring talents from around the world, ranging from makeup artists and models to digital influencers and journalists, voted for by 2,000 members of the fashion industry.

Additional awards that are not voted for but chosen by the British Fashion Council and which will also be awarded on the night are Outstanding Achievement, the Swarovski Award for Positive Change, the Isabella Blow Award for Fashion Creator and the Special Recognition Award for Innovation.

The awards, which were rebranded as the Fashion Awards in 2016 and relocated to the Royal Albert Hall from the much smaller Coliseum venue in London, act as a major fundraising event for the not-for-profit BFC. Whereas it was previously an invite-only event, members of the public are now invited to purchase tickets to attend the ceremony, which was devised by the then-chair Dame Natalie Massenet to rival the Met Gala.

Her successor, Stephanie Phair, said today: “I would like to congratulate all the nominees … Each and every one of them is being recognised for their creative excellence and innovation. I look forward to celebrating them alongside the rest of the industry from across the globe.”

• This article was amended on 23 October 2018 as the British Fashion Council corrected two nominees’ names that were in their original press release.