You seriously can look like a super hero in this Jet Suit.
The world’s first jet suit is available for customers to buy. Selfridges London launched the world’s first ever “Jet Suit” by Gravity Industries. 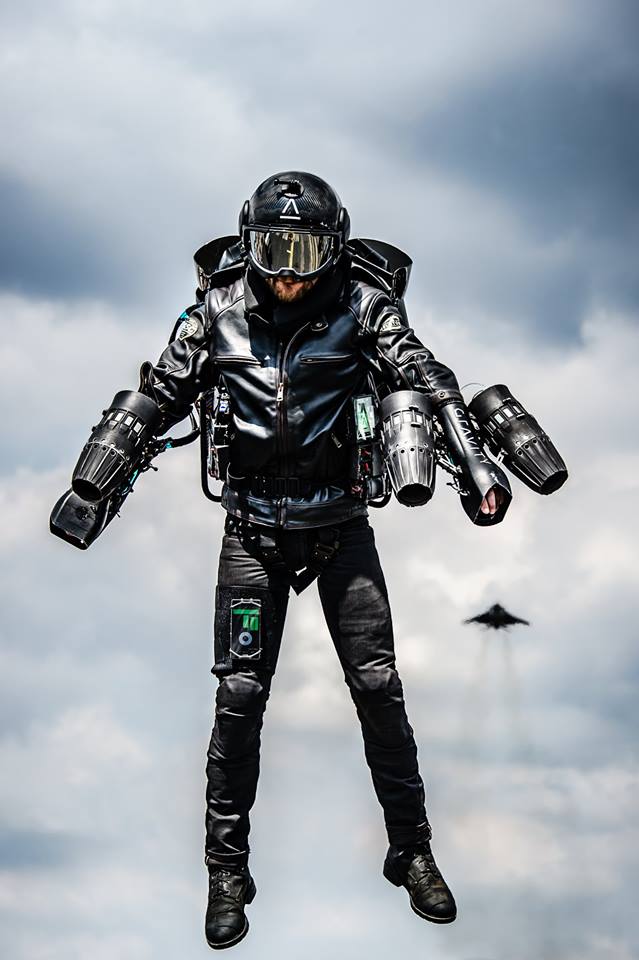 The pioneering aeronautical innovator Gravity, founded in 2017 has grown from its humble beginnings into a multi-million dollar organisation whose influence spans the globe, led by the Founder Richard Browning who dared to ask ‘what if’.

The Jet Suit itself is built using a range of cutting edge technologies, including 3D printed parts , bespoke electronics, and five miniature jet engines. The Jet Suit dry weight is 27 kg, has a cruising speed of over 32mphand can reach altitudes of 12000 ft. 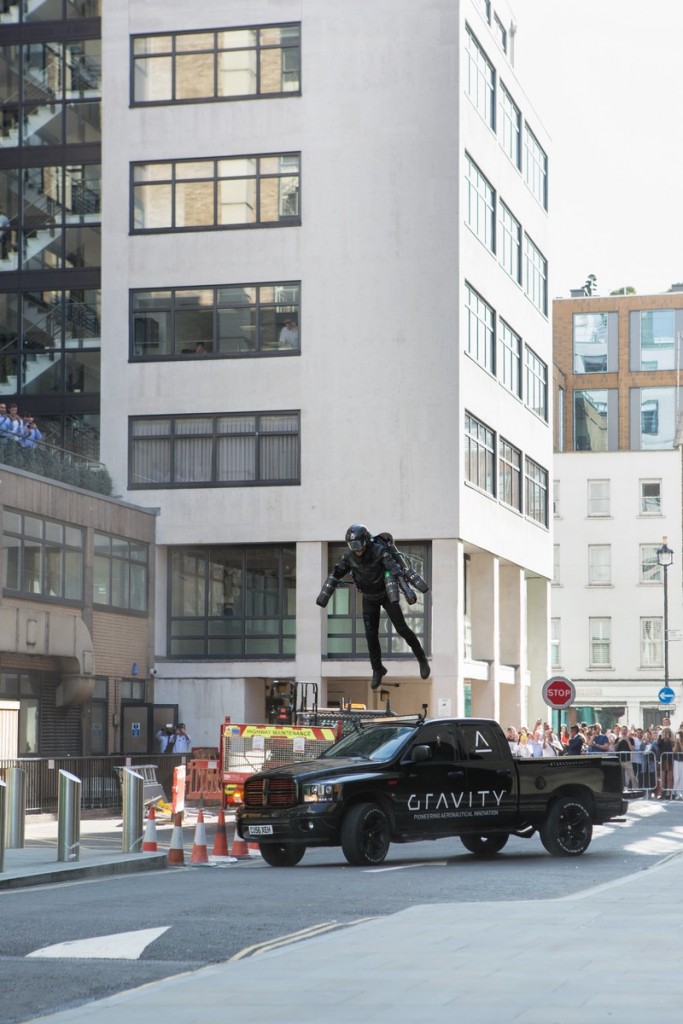 Available for the first time in a luxury department store, the world’s first Jet Suit is displayed and sold at Selfridges.

The 1050bhp Jet Suit by Gravity Industries is hosted in the SmartTech concession in the Technology Hall on the lower ground floor in Selfridges London and costs £340k to buy.

Selfridges has a long history of creating world first customer experiences, in 1909 Harry Gordon Selfridge, Selfridges founder put the first cross-channel monoplane from Louis Blériot‘s flight on display at Selfridges where it was seen by over 12,000 people.

Bosse Myhr, Selfridges Menswear and Technology Director comments “It is truly iconic to launch such a pioneering feat of engineering exclusively at Selfridges. The ‘Jet Suit’ is the equivalent to the launch of the very first aeroplane, we are on the cusp of an era where aeronautical technology can finally be in the hands of the
consumer and we are proud to be the first to offer this.” 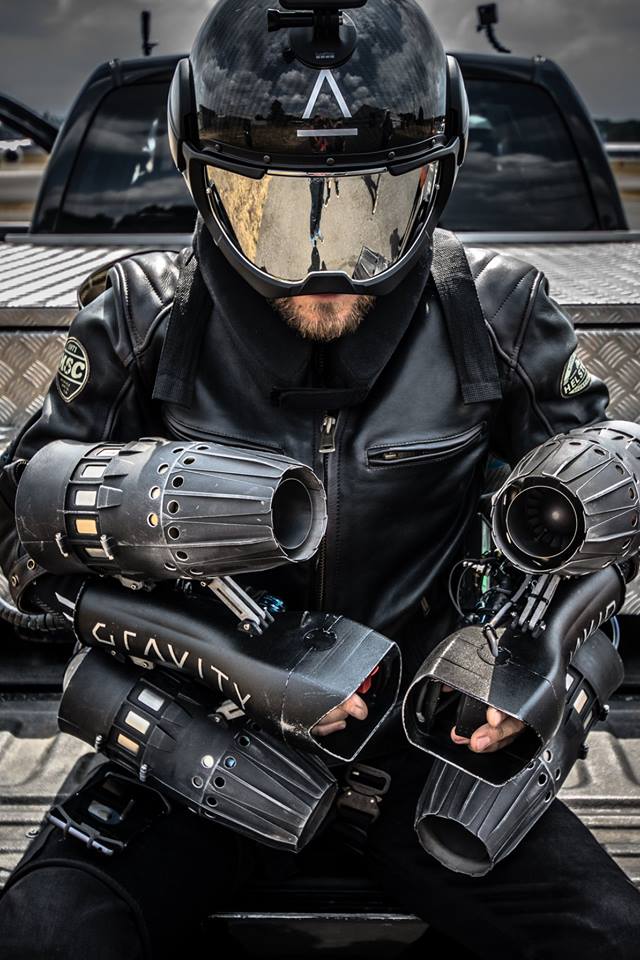 “When we built the Jet Suit we always knew that the potential was there to create a wearable tech that everyone could experience and learn. The experience days are about the realisation of the untapped potential of augmenting the body and mind with a suite of patent pending technology to enable unparalleled human flight,”
Richard commented on the development of the Gravity Experience Day.

The demo will be running on HTC’s Vive Pro Headset, which launched in the UK earlier this year and retails at £799. The Vive Pro brings VR fans unprecedented high-res and spatial audio and an all new form-factor for improved ergonomics and comfort.

Paul Brown, GM for HTC Vive Europe commented, “Virtual reality is a fantastic platform to take extraordinary experiences and bring them to a wider audience. We are thrilled to bring the ‘Jet Suit’ VR demo on Vive Pro to Selfridges, to enable in store visitors to take to the virtual skies and try out this incredible engineering innovation
with our ground-breaking VR technology.”

Richard and his team at Gravity Industries are building the company into a world-class aeronautical businessand will continue to challenge the perceived boundaries in human aviation, inspiring a whole new generation ofinnovators.

“Gravity Industries will be offering customers the opportunity to experience this breakthrough in human flight in the safe controlled environment of the Gravity Team Training Hangar. The Gravity Experience Days can be purchased in store,” announced Selfridges. 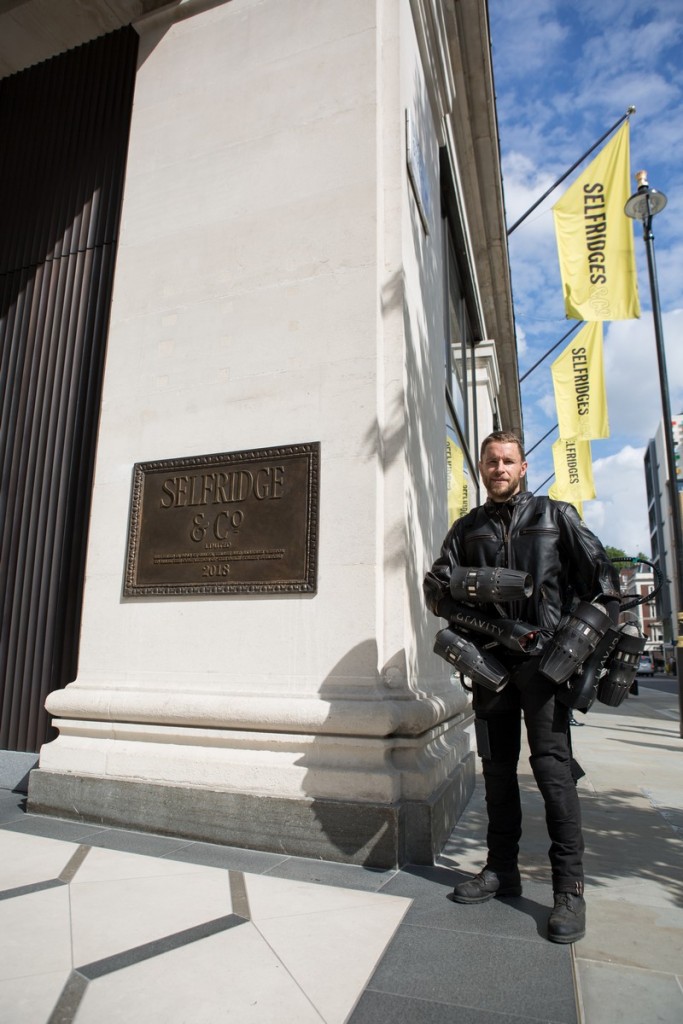 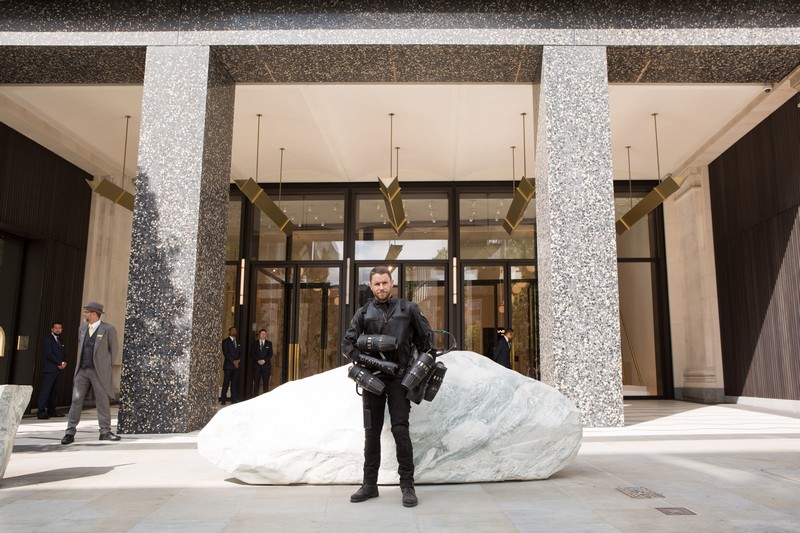 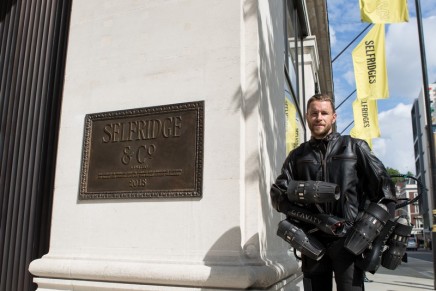 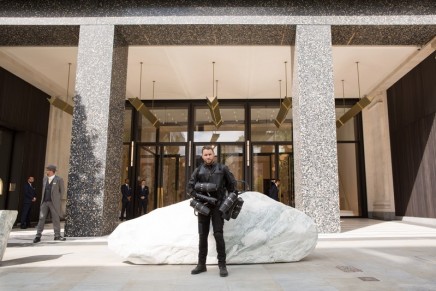 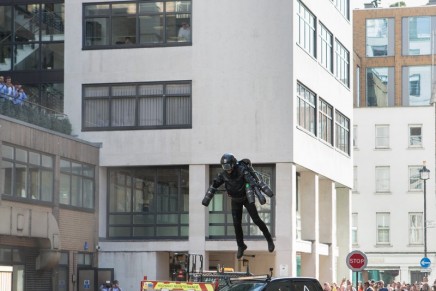 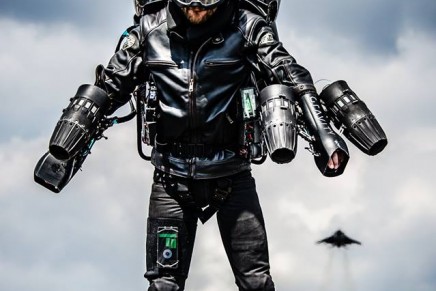