The Peninsula Classics Best of the Best Award is among the top automotive awards in the world. In its milestone development of the international motoring world’s top accolade for most exceptional classic car, The Hon. Sir Michael Kadoorie, Chairman of The Hong Kong and Shanghai Hotels, Limited, launched the award in 2015 with co-founders Christian Philippsen, William E. “Chip” Connor and Bruce Meyer. The award, sponsored by The Peninsula Hotels, brings together eight of the concours circuits’ elite best of show winners from around the globe. 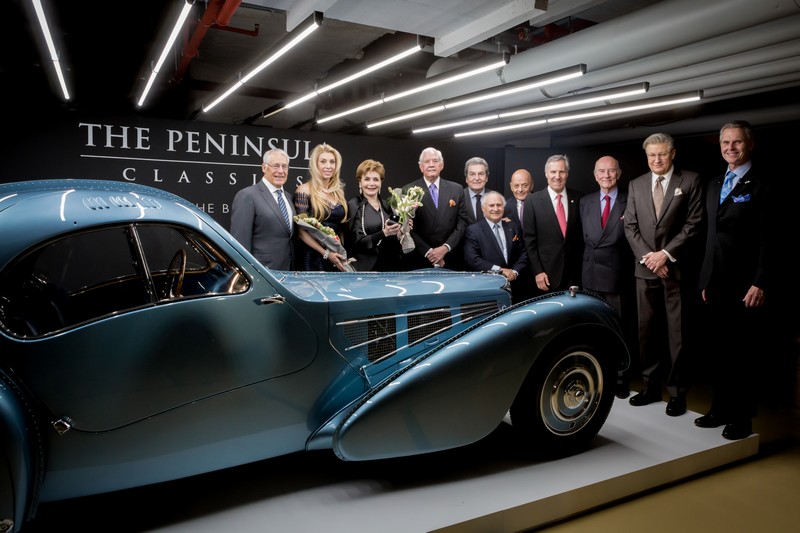 Now in its third year, The Peninsula Classics Best of the Best Award brought together eight of the world’s finest classic cars—the best of show winners from the top international concours—to compete for the title of the most exceptional motor car in the world. The Bugatti is co-owned by the Mullin Automotive Museum, and Rob and Melani Walton, located in California, USA, and was named “Best of Show Concours d’Etat” at the 2017 Chantilly Arts & Elegance.

Powered by a supercharged engine and considered by many to be the first supercar ever made, the winning Bugatti is one of four Type 57 Atlantic models ever produced, with only three in the world remaining. The vehicle was designed at the height of the art deco movement by Jean Bugatti, Ettore Bugatti’s son. Jean based the car on his other design, the 1935 Aérolithe concept car, which was famously riveted externally, for fear of the magnesium-alloy body parts catching fire. Jean kept this signature riveted seam on the all- aluminium body of the Atlantic.

“The Bugatti Type 57SC Atlantic is the crown jewel of the automotive circuit,” said Bugatti Head of Tradition Julius Kruta. “This car was Jean Bugatti’s masterpiece with its beautiful and breath-taking lines, plus its unmatched performance for the time. Today, it remains the ultimate expression of the Bugatti legacy: unparalleled power and beautiful design.” 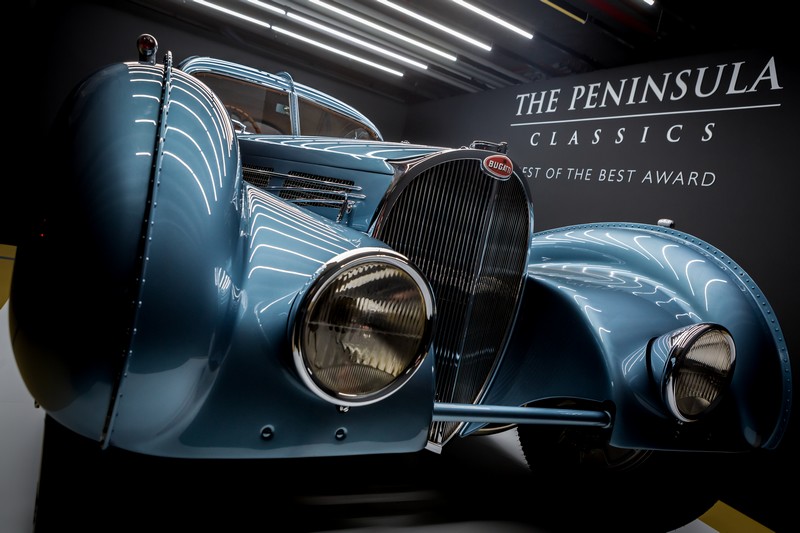 This model, chassis number 57374, was the first Type 57 Atlantic produced and is the only surviving “Aéro Coupé,” a designation given to the first two cars that were mechanically very similar to the Aérolithe. The car was delivered new in 1936 to Britain’s Nathaniel Mayer Victor Rothschild, third Baron Rothschild, and has since passed through few owners in its 82-year history. The car has been displayed internationally, and most recently, was on display at the Los Angeles-based Petersen Automotive Museum for the “Art of Bugatti” exhibit.

According to Bruce Meyer, “For the third year, the ultimate standard for judging The Peninsula Classics Best of the Best Award was that of uncompromised quality and design. Of course, this made the selection process most challenging for the esteemed group of panellists.” He continued: “In the end, the 1936 Bugatti Type 57 SC Coupé Atlantic emerged victorious, with its exceptional, bespoke design making it a marvellous combination of art and technology.”

The other finalists under consideration for the award were as follows: 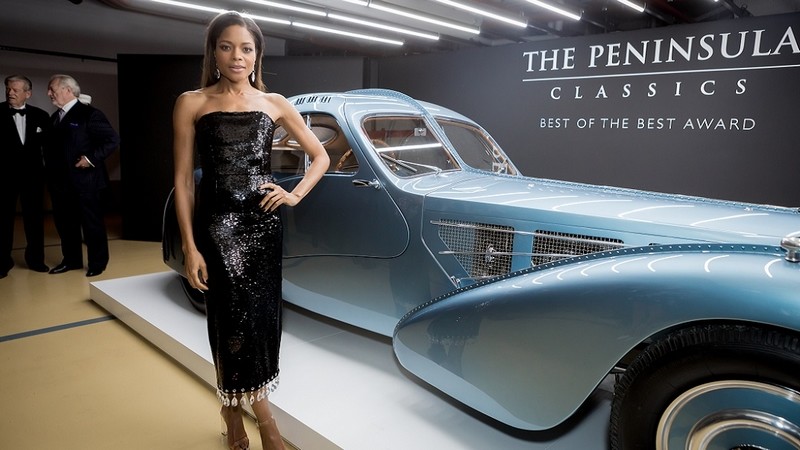 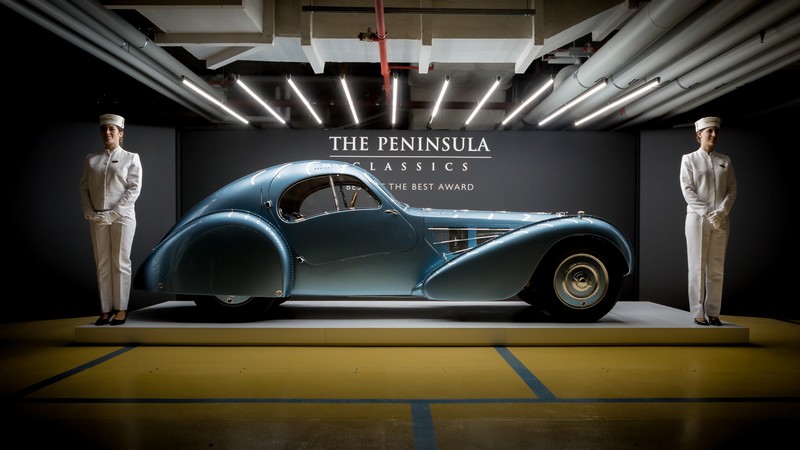 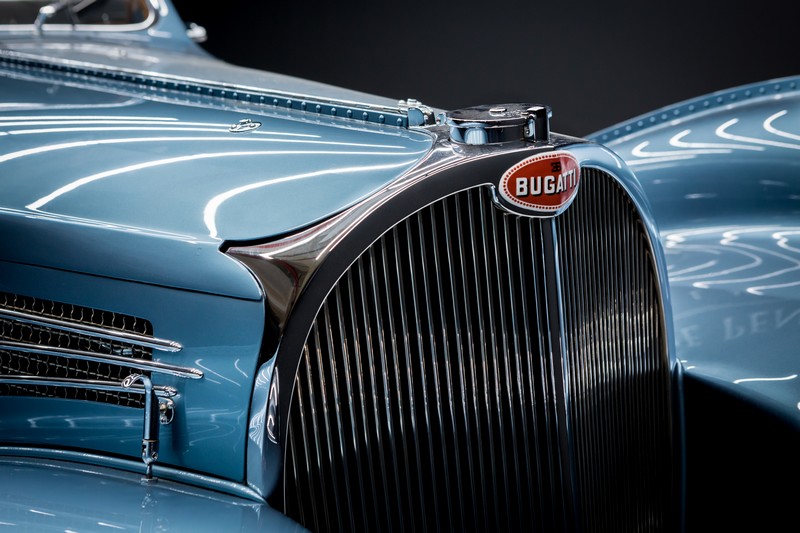 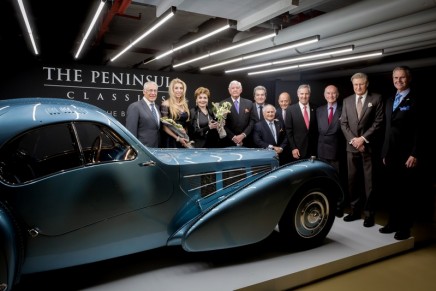 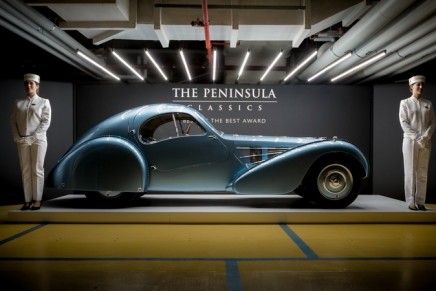 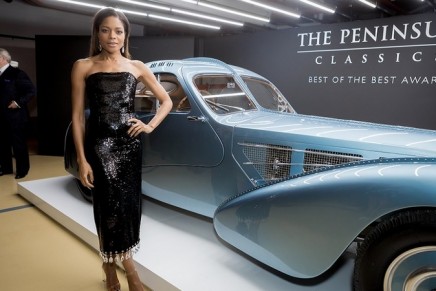 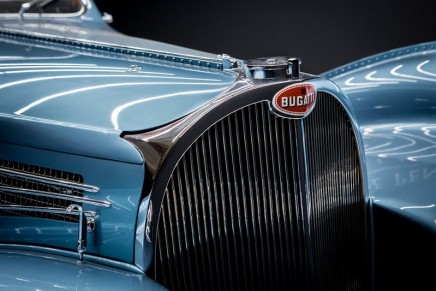 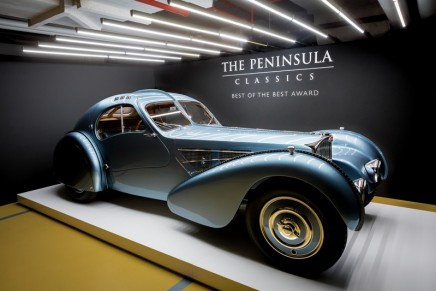 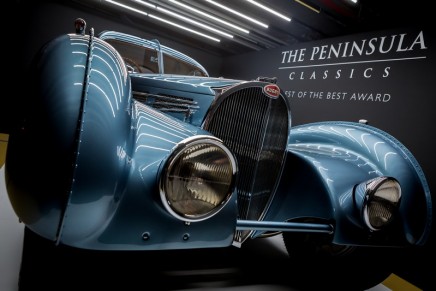