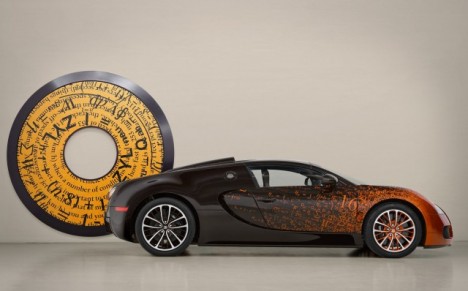 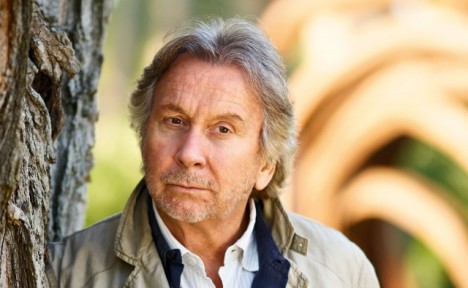 A unique collaboration between Bugatti and famous conceptual French artist, Bernar Venet translated into an artistic interpretation of the Bugatti Grand Sport. Vernet, an avid passionate about mathematics and scientific treatises, adorned the fastest car in the world with engineering studies and equations that created Bugatti‘s mythical performance. The result is a artwork about beauty and speed where the text seemingly being erased by speed of the wind over the car. 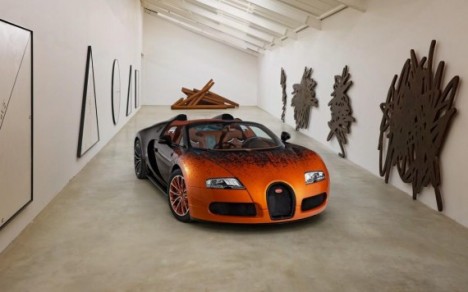 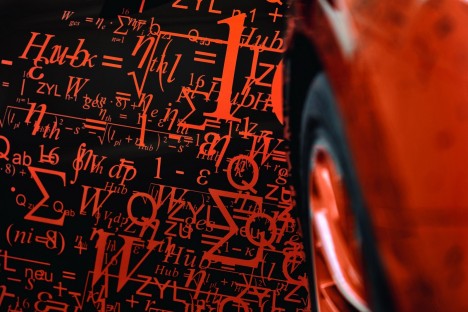 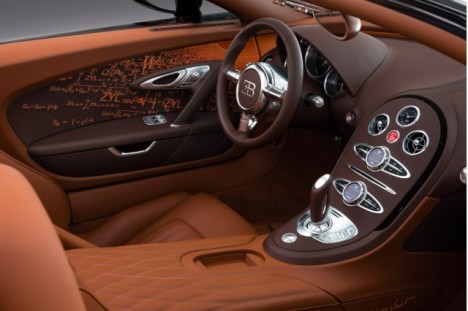