2019 has set a milestone in the history of the Benetti. The 50th Azimut | Benetti Group anniversary, the first 2 Giga yacht deliveries and the success in the sales of new products have confirmed Benetti as a leading shipyard in this business.

Last week, the Benetti shipyard in Livorno has launched FB273, the elegant 70-meter custom yacht with a steel hull and aluminium superstructure. The exterior design was developed entirely by Benetti, working in close collaboration with the luxury yacht owner, while the interiors are by Laura Pomponi and her design team. The luxury yacht extends across six decks and has a futuristic stern area featuring two side doors and a variable geometry swimming pool, a vertical bow with a “touch and go” helicopter landing area and a Jacuzzi on the Sky Deck. 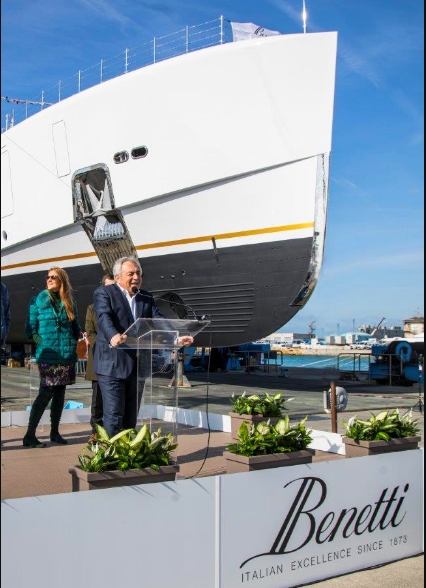 Benetti Yachts, in a festive atmosphere at its Livorno shipyard, launched 70-meter superyacht FB273, a symbol of the excellence on which Benetti has always prided itself.

Perhaps, the most striking of the many unusual features of this superyacht is the stern area which has a variable geometry swimming pool with a special system that varies the depth for use by both adults and kids, installed on a Benetti yacht for the very first time. The bottom of the pool becomes an integral part of the Main Deck when fully raised and the Beach Club opens out with two side terraces over the water.

Benetti FB273 yacht is fitted with two 2,400 hp Caterpillar engines that drive the yacht to a top speed of 17 knots and give it a range of 5,000 nautical miles at a cruising speed of 12 knots.

The indoor and outdoor spaces on the Main Deck are very generously spaced and feature big sunbathing areas. Moving forward from the stern, a light-filled living area with full-height glazed surfaces, furnished with sofas and armchairs, is followed by a dining room with a balcony on the starboard side that amplifies the sensation of contact with the sea and eliminates the boundary between interior and exterior.

On the Lower Deck, guests are accommodated amidships in 6 double cabins. The crew quarters are in the bow area.

The Upper Deck is dedicated entirely to the owner, with access both from outdoors and up the impressive interior stairway. In the bow, the private cabin occupies over 120 sqm and has a 180-degree view of the horizon, offering a bathroom with shower and sauna, a walk-in his and hers wardrobe, and a big, bright night area where the bed is flanked by the vanity table and breakfast corner. There is also a private lounge with loose furniture that looks out over the yacht’s majestic bow, reserved for the Owner’s exclusive use, and a touch and go helicopter landing area at the tip of the bow.

On the same deck as the Owner’s suite, moving forward from the stern, are an outdoor lounge area with sofas and a sunbathing area, the interior lounge area, and a living space with a home theatre system. The office has a big monolithic glass wall that looks out over the interiors and is connected to the big lobby with a private balcony. On the left side is the gym, complete with a massage room.

The Sun Deck features a big en plein air dining area connected to an interior veranda through a sliding door. Forward, the captain’s cabin is next to the bridge.

The top Sky Deck is completely open, with a Jacuzzi, sunpad and loungers offering a prime vantage point to enjoy the sea view.

From 19 to 21 February, Barcelona will host the first of two stages of the 20th edition of the Benetti Yachtmaster, a one-of-a-kind event that for 20 years has brought together captains and professionals in the superyacht sector and created opportunitiesfor discussion, innovation and information. For this twentieth anniversary, the Yachtmaster is presented in a revisited format andpacked with interesting insights that, during the European leg, will address issues related to the entire life cycle of a Customyacht. The second leg of this special edition will start in April in Florida.

With the aim of supporting ocean conservation and sustainability projects, Benetti is also sponsoring the NZ Millennium Cup 2020, the world’s most southerly superyacht regatta that took place in the beautiful Bay of Islands in New Zealand. the South Pacific’s premier superyacht regatta took place between January 29th-February 1st 2020. 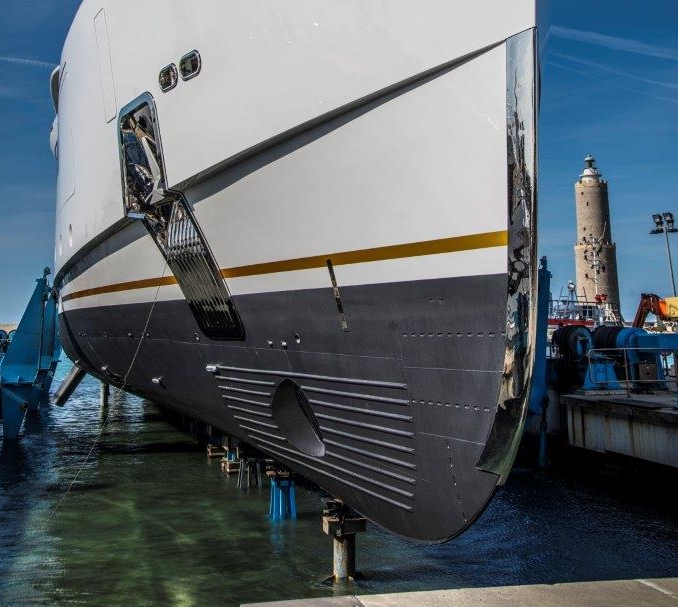 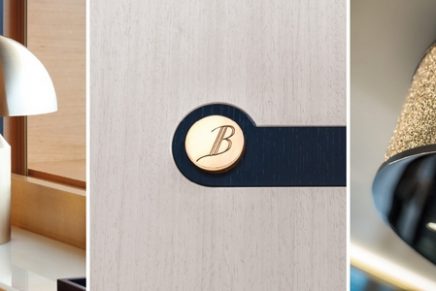 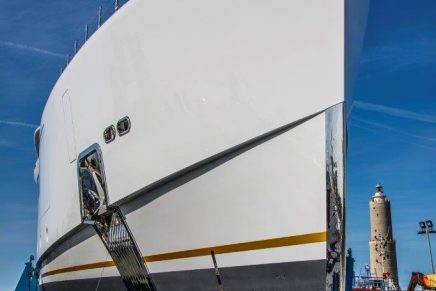 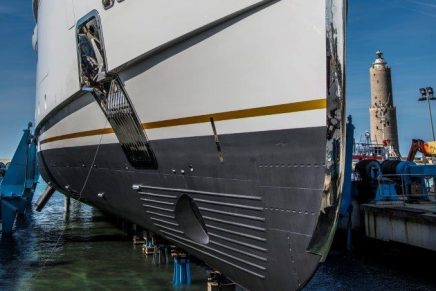