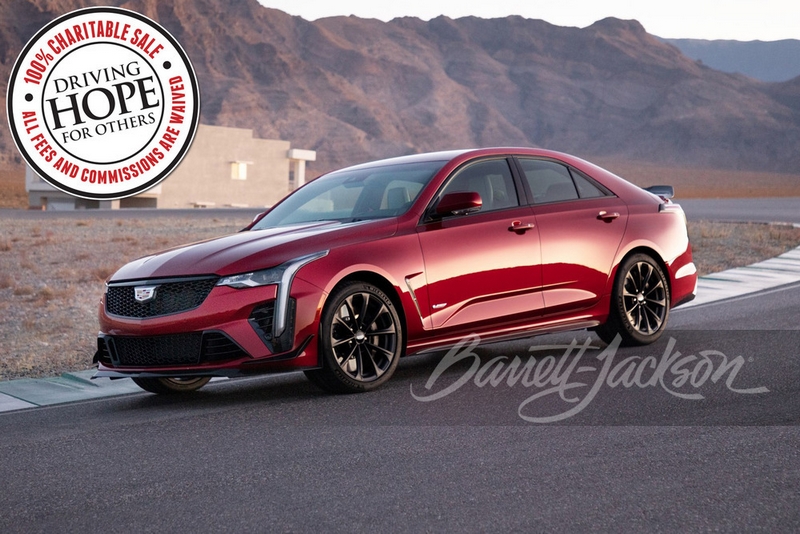 Barrett-Jackson, one of the biggest collector car auctions, announced that VIN 001 of a pair of new exciting high-performance cars, the 2022 Cadillac CT5-V Blackwing (Lot #3002) and CT4-V Blackwing (Lot #3001), will be sold tobenefit charity during the Scottsdale Auction at WestWorld of Scottsdale, March 20-27, 2021.

One-hundred percent of the hammer price from both first-production performance sedans will benefit Black Ambition, a PolicyLink non-profit initiative launched by Pharrell Williams that provides a bridge to success for Black and Latinx entrepreneurs who are launching tech, design, healthcare and consumer products/services start-ups. To date, Barrett-Jackson has helped raise more than $127 million for more than 130 local and national charitable organizations.

“The Cadillac CT5-V and CT4-V Blackwings have seen tremendous attention since their introduction just days ago,” said  Craig Jackson, chairman and CEO of Barrett-Jackson. “These modern luxury performance sedans combine Cadillac’s most powerful engines ever built with a spectacular suspension to set a new standard for comfort and performance. As the last in a line of Cadillacs with a factory 6-speed manual transmission, these two first-production vehicles are destined to be coveted collector cars for generations to come. It is an honor that GM chose to auction these performance sedans as part of the largest docket of VIN 001 and first production vehicles ever offered during one auction.” 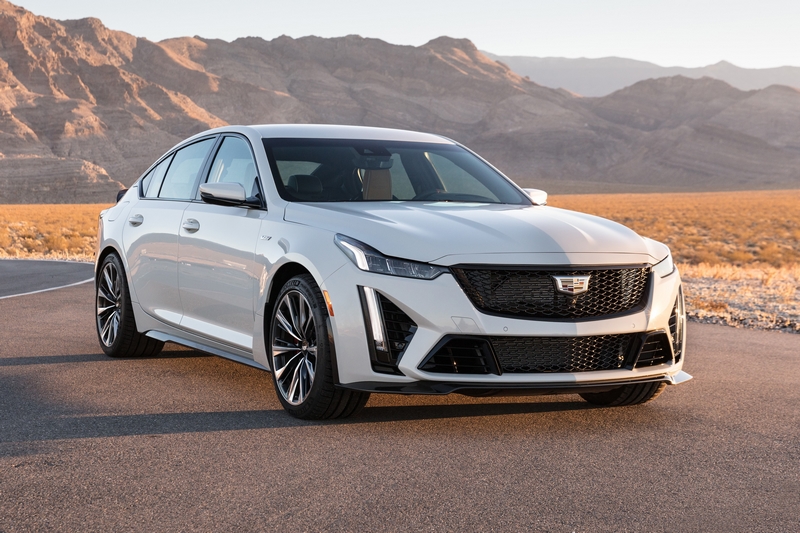 With a 6.2-liter twin-turbocharged, hand-built V8 engine capable, the CT5-V is capable of 668 horsepower, making it the most powerful Cadillac ever built. Its custom Launch Control with Line Lock delivers a 3.7-second 0 to 60 time, while the 6-speed manual transmission is the last planned manual for General Motors. Inside, the cockpit balances high-end luxury including carbon-fiber accents and ergonomic performance seats, as well as a high-performance steering wheel with fine leather, carbon-fiber trim and a unique serialized plate that has a laser-etched engraving of a portion of the VIN.

“More than a century ago, Cadillac put the automotive world on notice with the first mass-produced V8 engine,” said Steve Davis, president of Barrett-Jackson. “Today, the company has rewritten the rules for performance sedans with the introduction of the 2022 CT5-V and CT4-V Blackwings. We’re honored to auction these two VIN 001s with 100 percent of the proceeds benefiting Black Ambition’s efforts to support Black and Latinx entrepreneurs.”

The 2022 CT4-V Blackwing VIN 001 (Lot #3001) is powered by a 3.6-liter twin-turbocharged V6 engine capable of producing 472 horsepower for a 0 to 60 time of 3.8 seconds. The CT4-V is the only sedan in its segment to offer a factory 6-speed manual transmission. The nimble sedan comes to a halt using high-performance Brembo brakes. Inside, the driver-focused cockpit balances high-end luxury with high-adrenaline performance and features carbon-fiber accents and ergonomic performance seats. 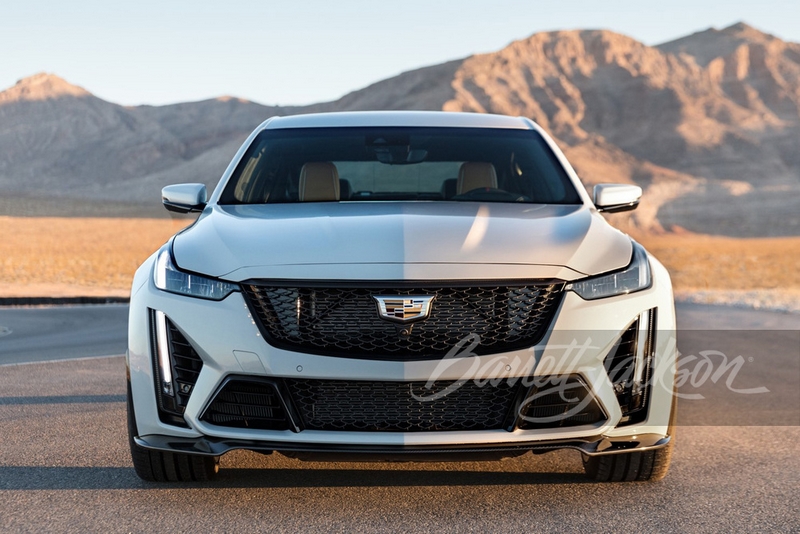 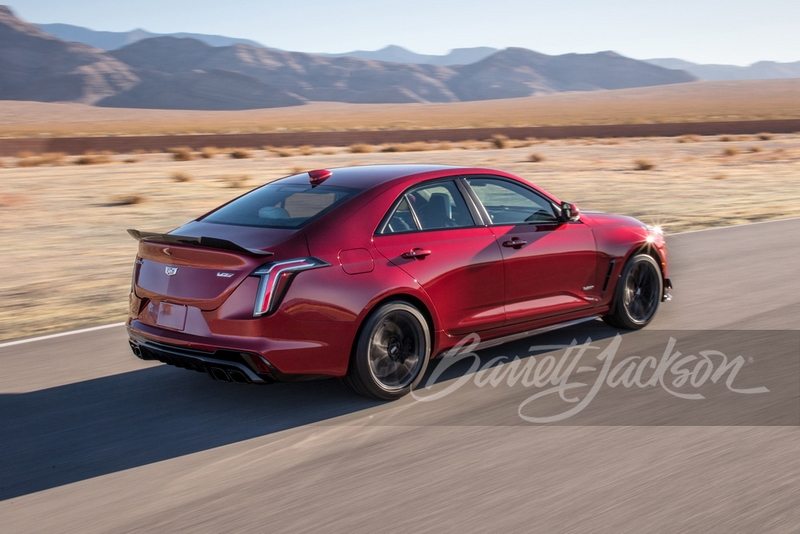 Black Ambition’s long-term vision is for inclusive entrepreneurship to be the new normal. The startup non-profit initiative, a PolicyLink project, will be led by an all-star advisory team that includes Grammy Award-winning recording artist, producer, songwriter, entrepreneur, investor and philanthropist Pharrell Williams, with support from The Bridgespan Group, a global nonprofit organization that advises mission-driven organizations, nonprofits, philanthropists and impact investors. 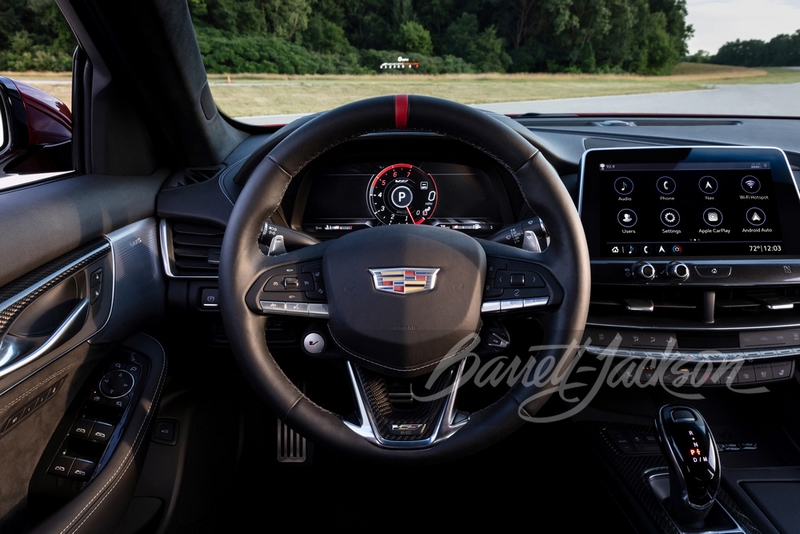 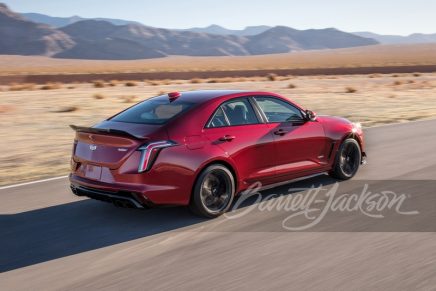 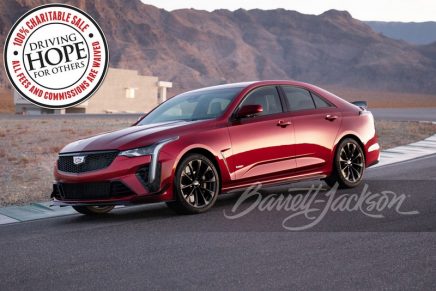 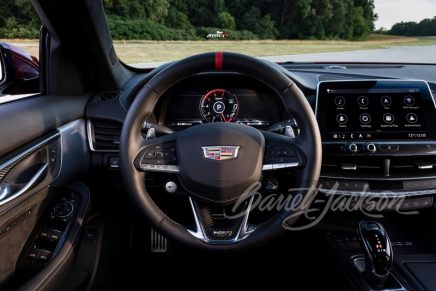 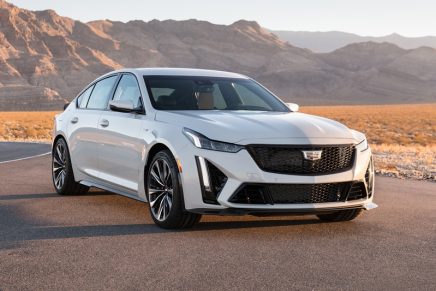 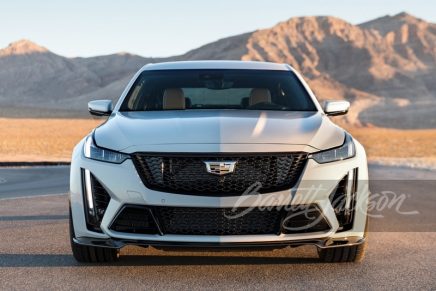