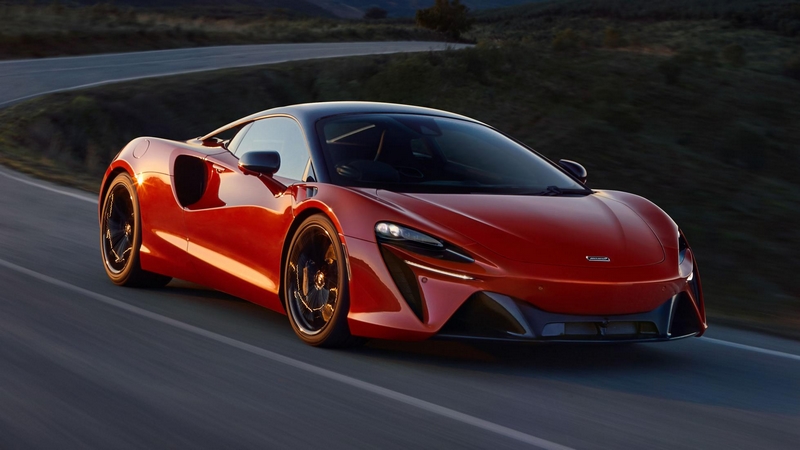 The McLaren Artura is the first model built on the new McLaren Carbon Lightweight Architecture (MCLA), which sets new standards for advanced and flexible chassis design and has been optimised for hybrid applications through bespoke battery compartment, domain-based ethernet electrical architecture, as well as electrical air-conditioning. The new McLaren platform compliments a wealth of additional weight-reduction measures, resulting in class-leading lightest dry weight of 1,395kg*, and a DIN kerb weight of 1,489kg*.

At the heart of the Artura’s all-new powertrain is a lightweight 2,993cc twin-turbocharged V6 petrol engine, paired to a bespoke eight-speed transmission and a compact e-motor, which provides the supercar with instant torque and improved throttle response. The package generates a combined power output of 680PS (671 bhp) and 720S Nm of torque, which translates to a class-leading power-to-weight ratio of 488PS per tonne*, as well as truly breath-taking performance figures. The Artura’s top speed is electronically limited to 330km/h with 0-100km/h reached in just 3.0 seconds* and 0-200 km/h in 8.3 seconds*.

The Artura is designed with full Plug-in Hybrid (PHEV) capability and can be charged to an 80% level in just 2.5 hours. The battery pack, comprising five lithium-ion modules, can also harvest power from the combustion engine during driving, depending on the driving mode selected. This solution provides the driver with a unique ability to enjoy the car in silent, pure EV mode with a range of up to 30km and a top speed of 130km/h.

The engineering artistry beneath the Artura’s skin is complemented by its exterior design, which gives the car a ‘shrink- wrapped’ appearance and pushes the McLaren design language seen in recent models to a new level. The technical sculpture of the car has been conceived to optimise aerodynamic performance, as well as cooling, and is driven by the McLaren design principle of ‘everything for a reason’. 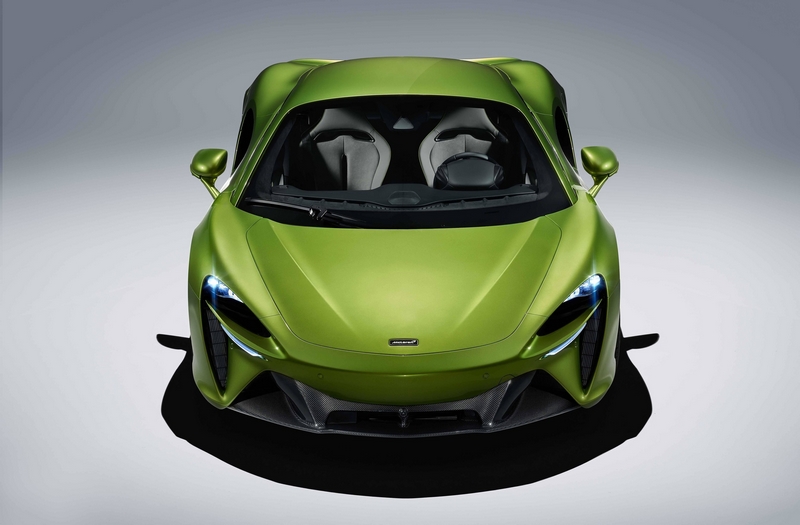 Every McLaren cockpit is built around the driver, but the Artura brings a new level of meaning to that principle.

The driving experience is enhanced through a new Digital Instrument Cluster mounted to the steering column, so it moves in conjunction with the steering wheel. The Artura is also the first McLaren to offer Over-The-Air (OTA) updates, as well as Advanced Driver Assistance Systems (ADAS), which include Intelligent Adaptive Cruise Control with Stop/Go, Road- Sign Recognition, Lane-Departure Warning and High-Beam Assist.

Peace of mind on quality and durability were core considerations with the all-new Artura and it is no surprise that its development programme was the most rigorous ever in McLaren’s history. Available to order now from McLaren retailers, with first deliveries to customers commencing in Q3 of this year, the Artura is priced at AED 954,000 in the UAE/ 2 60 000 United States Dollar , and in standard specification, which includes a 3-year service plan, Smartphone Integration Package and Practicality Pack as a no cost option. This pack includes Vehicle Lift, power-folding heated door mirrors with ‘Dip in Reverse’ functionality, four front and four rear parking sensors, rear-view camera, Homelink and soft- close doors.

The supercar maker announced it has joined the membership of Walpole, the British luxury representative body, taking its place alongside leading British brands such as Burberry, Fortnum & Mason and Claridge’s.

Joining Walpole, whose mission is to promote and enhance the British luxury sector across the world, will help to reinforce McLaren’s luxury brand positioning, which is based on its pioneering technology, innovative design, the powerful performance of its supercars and a luxurious ownership experience.

As a member of Walpole, McLaren is also able to link into Walpole’s extensive global luxury network. This includes the European Cultural and Creative Industries Alliance (ECCIA), the European high-end and luxury industries’ association of which Walpole was a founding member. 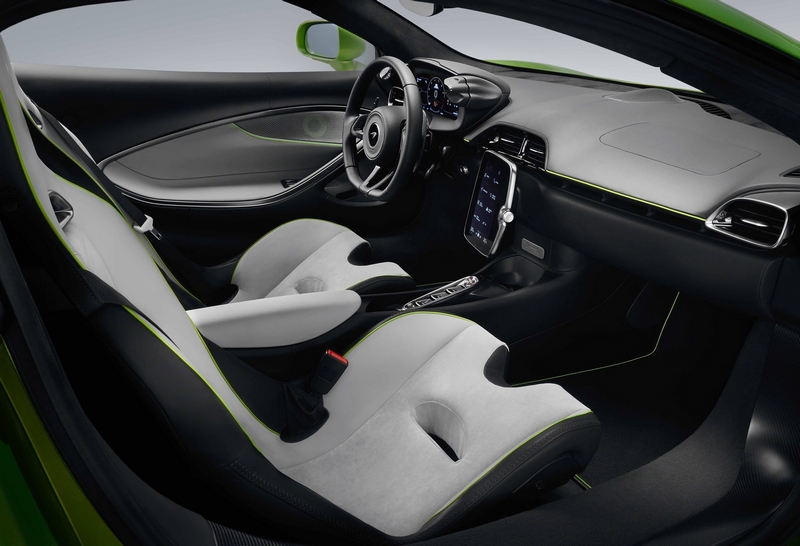 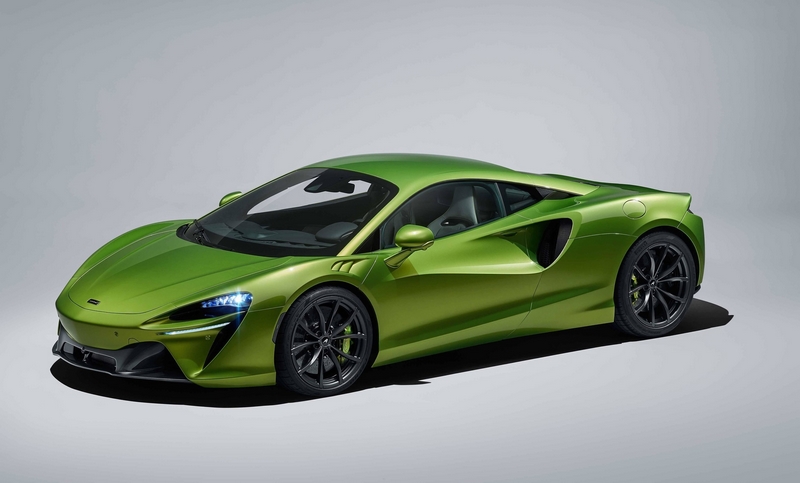 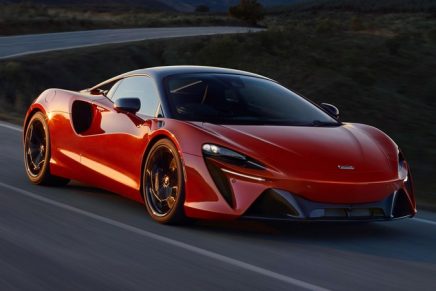 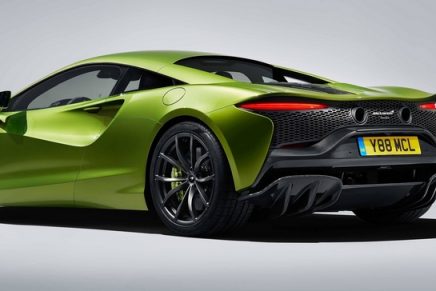 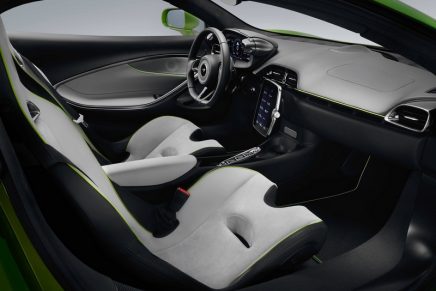 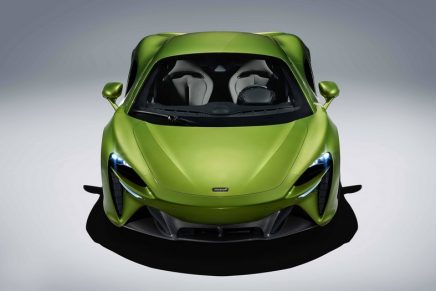