The cuvée takes its name, which means Great Century, from the illustrious period of French history during the reign of the Sun King, Louis XIV. At that time, art de vivre reached its pinnacle and French gastronomy and the art of dining was born, ushering in the concept of vins de terroir and the first effervescent wines from Champagne. Grand Siècle’s elegant bottle was inspired by the work of early 17th-century master glassmakers.

On shelves this fall, this special edition blend has been created exclusively for the U.S. market where Manchester United has over 8 million fans, and is the first 13-year-old Scotch to be released by Chivas in the U.S. Portions of the blend are selectively finished in American rye casks to magnify the sweet, delicate notes of the unrivaled Chivas house-style, resulting in an exceptionally smooth Scotch with notes of sweet and juicy orange citrus, creamy milk chocolate and a dusting of cinnamon. 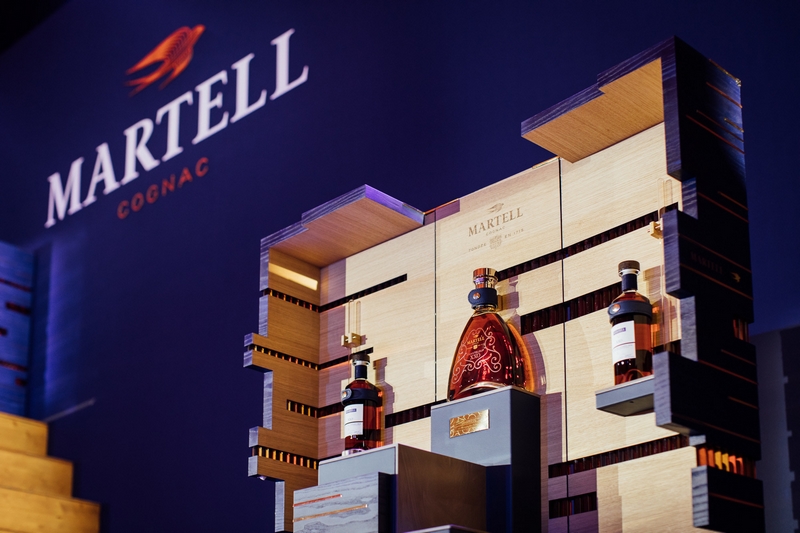 Martell Chanteloup XXO launched in Paris: An Exceptional Experience for a Landmark Launch

More than 100 guests traveled from 10 different countries to witness the unveiling of Martell Chanteloup XXO, an exceptional blend of 450 very old eaux-de-vie drawn from the four finest terroirs in the Cognac region. Maison Martell revealed its outstanding new cognac, Martell Chanteloup XXO, during a dazzling event at the historic Petit Palais.

Martell Chanteloup XXO is accompanied by the Martell Chanteloup XXO Masterpiece. This exquisitely crafted, made-to-order trunk is the centrepiece of an entire bespoke experience designed to bring cognac lovers closer to the creative process. Both were presented during a gala dinner orchestrated by Michelin three-star chef Guy Savoy, who worked for several months with Martell Cellar Master Christophe Valtaud to create dishes that would enhance the uniquely rich and complex aromas of Martell Chanteloup XXO.

Tercet [ter-cet] noun: Three lines of poetry rhyming together to form a poem.

Tercet is an inspiration from 3 artisans: Rémy Martin’s Cellar Master Baptiste Loiseau, Wine Master Francis Nadeau, and Master Distiller Jean-Marie Bernard. The complimentary trio worked together distilling, blending, and forming a bond of companionship whilst this new cognac took shape. They combined their expertise to reveal the best of the Cognac terroir and the essence of grapes from Petite and Grande Champagne. The result is a blend from a selection of fresh and fruit-forward of eaux-de-vie (distillates) with a singular taste profile that breaks the conventions of cognac.

When tasting Tercet, one immediately discovers a new facet of cognac that is both discerning and delicious. On the nose there is an explosion of fresh notes of fruits, reminiscent of the grapes of Petite and Grande Champagne. Extremely round, it coats the palate, punctuated with notes of exotic fruits, and spices. The finale, with a touch of toasted almond, is extremely long and complex. 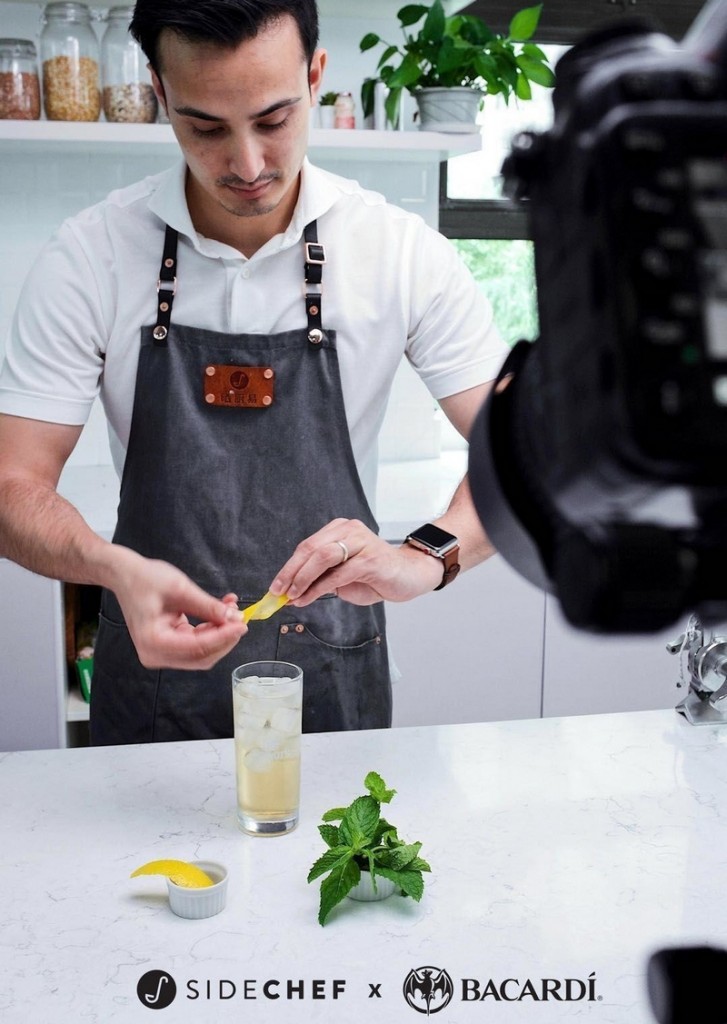 SideChef Collaborates with Bacardi to Bring Portfolio of Brands to Amazon’s Cook with Alexa, Revolutionizing the Future of Home Mixology

SideChef, the all-in-one home cooking platform, announced today it is collaborating with Bacardi, the largest privately held spirits company in the world, to bring curated cocktail content to the SideChef platform. SideChef users will now have access to step-by-step drink recipes developed by Bacardi and designed to make the home mixology experience easier than ever. Bacardi is the first spirits brand to partner with SideChef, also making it the first to be available via Amazon’s Cook with Alexa smart kitchen technology. 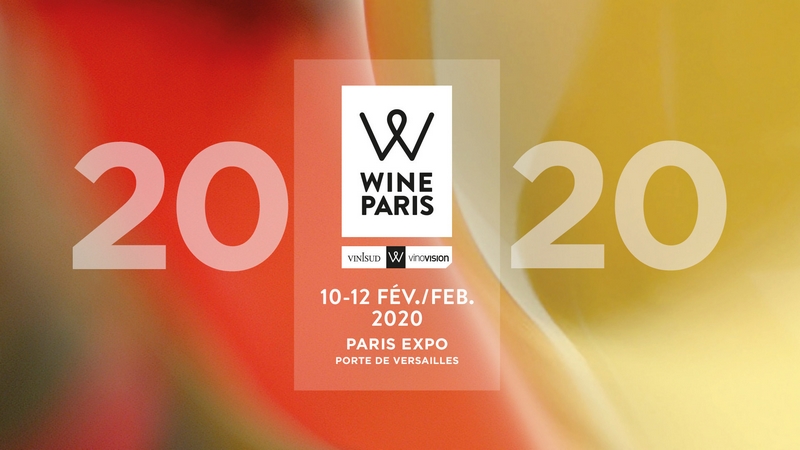 From February 10-12, Wine Paris 2020 is set to welcome over 2,200 domestic and international exhibitors and 30,000 visitors to Paris Expo Porte de Versailles. Wine Paris is the consolidation of two complementary trade shows, Vinisud and VinoVision Paris. In 2019, Wine Paris attracted 42% new visitors compared to the previous Vinisud and VinoVision Paris events. To date, 1,950 exhibitors have signed up to attend, including 300 newcomers, already exceeding expectations. 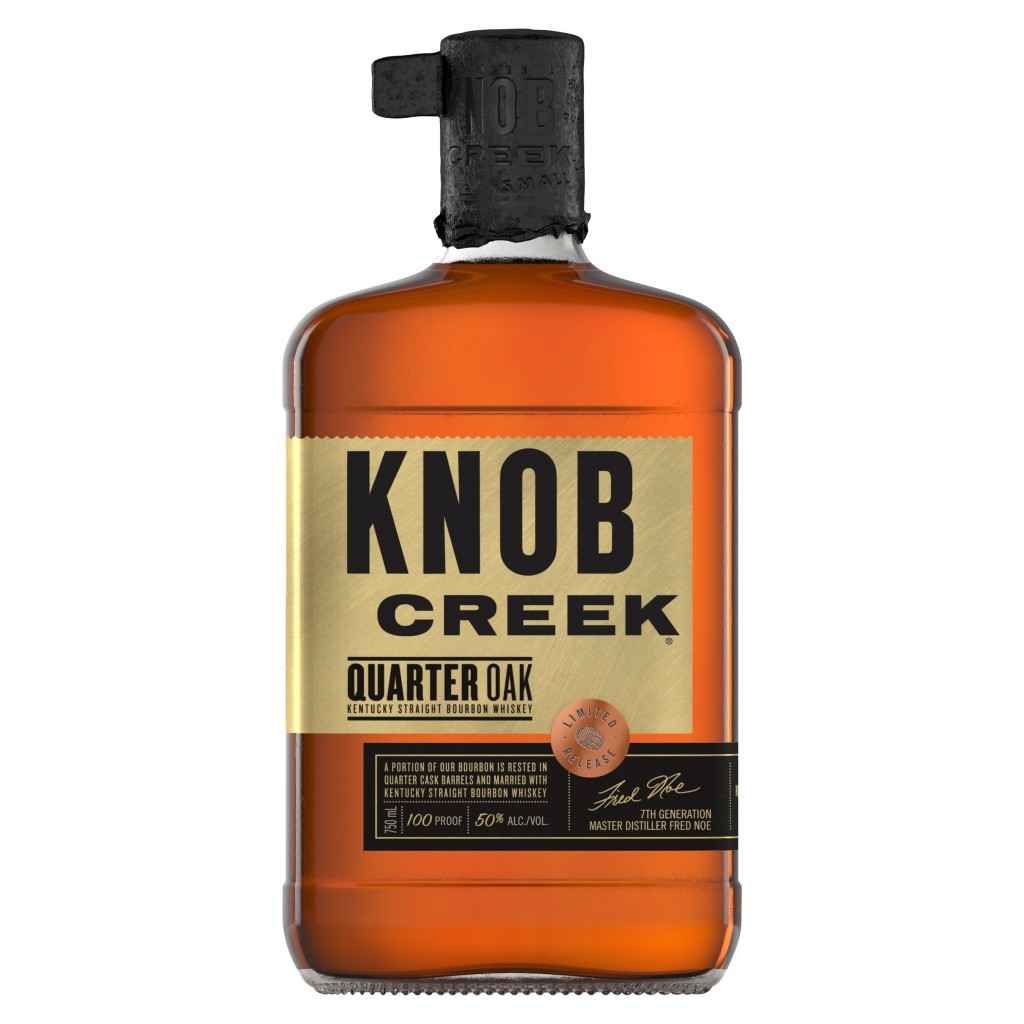 With its latest release, Knob Creek explores and deepens the influence of oak on its flagship bourbon.
Knob Creek Bourbon, a leader in the Small Batch Bourbon category for more than 25 years, is excited to announce a new, limited-edition bourbon in its award-winning portfolio, Knob Creek Quarter Oak. This special, limited-time release uses a secondary finishing approach to continue the vision founding distiller Booker Noe set for Knob Creek decades ago: to craft bourbon with the fullest flavors characteristic of pre-prohibition style.

“When Dad created Knob Creek in the early 90s, he wanted to bring back the big, bold flavors that bourbon offered before the days of Prohibition,” said Fred Noe, Booker’s son and Beam Family 7th Generation Master Distiller. “Dad loved to experiment in his quest for flavor, and I like to think we carry on that same spirit today with releases like this. Finishing our full-flavored liquid in quarter casks delivers a really nice, deepened wood flavor to the bourbon our fans enjoy.” 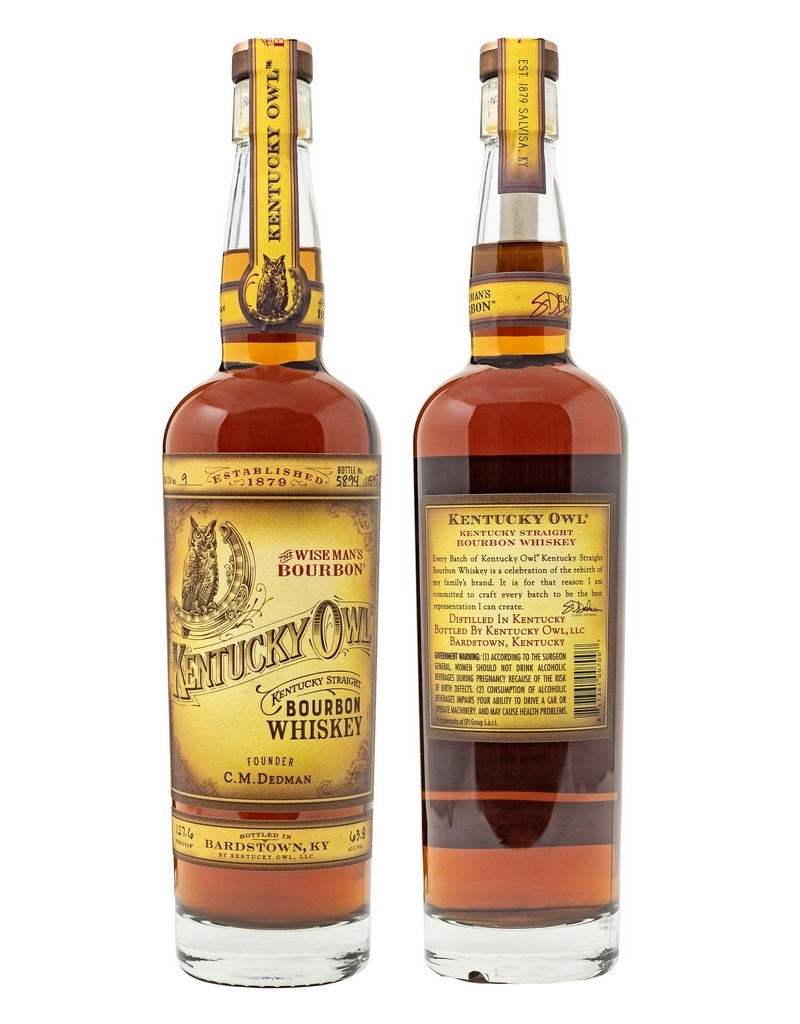 The latest introduction from “The Wise Man’s Bourbon” is the boldest, highest-proof edition to-date from Master Blender Dixon Dedman.

Cult favorite, Kentucky Owl, announced the launch of its newest release, Bourbon #9. Crafted in the same careful, detail-oriented process as the rest of the Kentucky Owl whiskies, the latest arrival packs a punch. With a mouthfeel that will take bourbon fans on a flavorful ride, this is master blender Dixon Dedman’s highest-proof batch to-date at 127.6-proof and 63.8% alcohol-by-volume.

To best enjoy this dynamic bourbon, Dedman recommends pouring it neat and letting it breathe. Once Batch #9 opens up, it hits you with a complex, yet pleasing taste. Beginning with a union of the sweet fruitiness from white grape and creamy notes of cinnamon roll and vanilla, the liquid crawls back for significant oak, honeysuckle and caramel notes, and ends with a spice finish that stretches across the back of the palate. This release is made with four different distillates from four different mash bills, including a 15-year old, two different lots of 14-year old, a 12-year old, a seven-year old and a six-year old distillate. 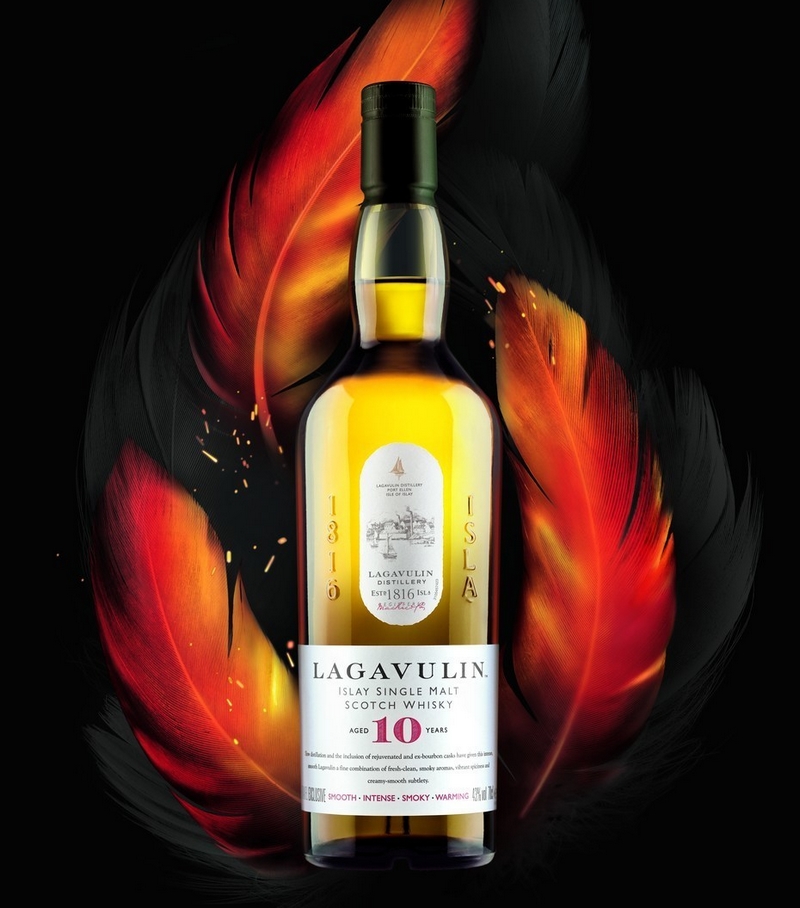 The ‘fiery yet light, smoky yet smooth’ single malt was crafted at the world-renowned Lagavulin distillery on Islay’s spectacular southern shoreline.

The man behind the whisky, Diageo’s master of malts Dr Craig Wilson, said: “Many people see Lagavulin as the definitive Islay malt and, like other members of the family, this new expression has a charming exuberance and full-on character. It is rich, intense and smoky, having spent time in American Oak casks, while a creamy smoothness and hint of spice shines through from its maturation in first-fill ex-bourbon casks.”

Dr Craig Wilson added: “This is a whisky filled with surprising contrasts. On the palate, Lagavulin 10 Year Old is sweet and salty at first, before it builds to a fiery crescendo with a spicy and smoky finish that is both intense and warming. It’s best enjoyed neat or with water, which helps unlock some of the deeper layers of flavour.”

This special edition bourbon is the first limited release in the Maker’s Mark Wood Finishing Series, a collection of Maker’s. Mark expressions that use an innovative wood stave-finishing technique to enhance distinctive characteristics already present in Maker’s Mark Bourbon. The series includes existing offerings Maker’s Mark 46™ and Maker’s Mark Private Select and the distillery plans to introduce new limited-edition bourbons to the Series in the coming years. Only 255 barrels of the limited release bourbon will be produced. 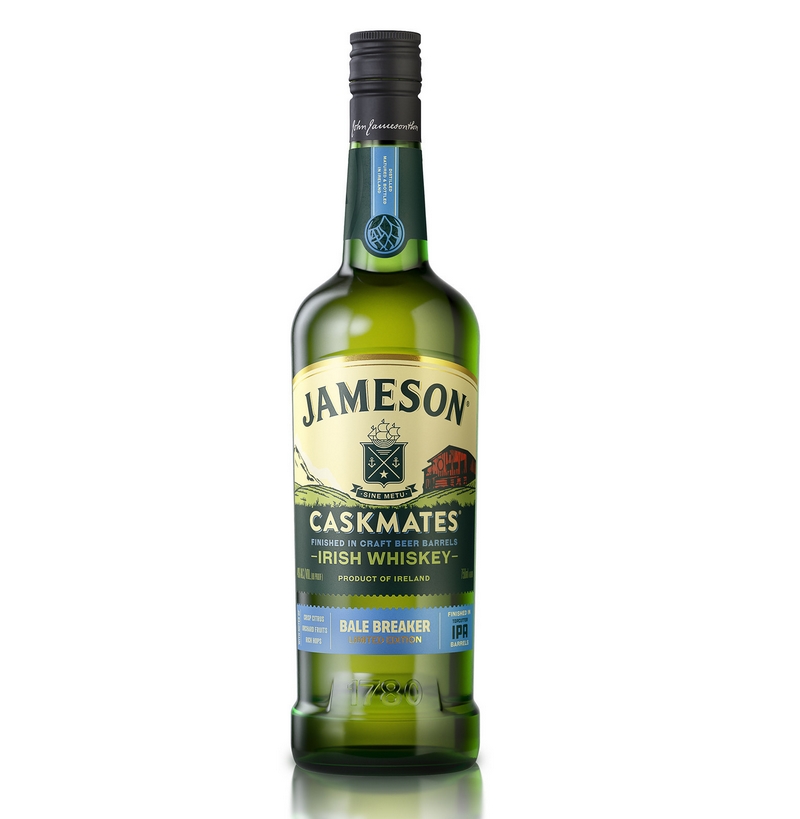 “Going to Ireland to collaborate with Jameson is a brewer’s dream. Our Topcutter IPA embodies where we’re from, and bringing a taste of our neighborhood to the Jameson distillery to create our very own Caskmates Limited Edition was quite incredible,” said Kevin Smith, the head brewer at Bale Breaker Brewery.

“When we came together, it was about making something new and different. Chicago has a strong Irish history and now we have an Irish Whiskey of our own,” said Jim Cibak, the head brewer at Revolution Brewing. 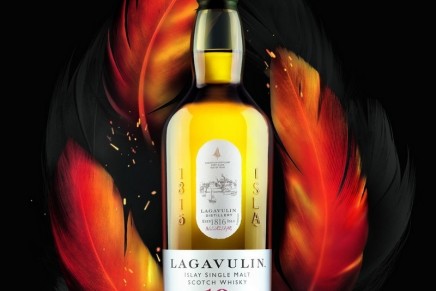 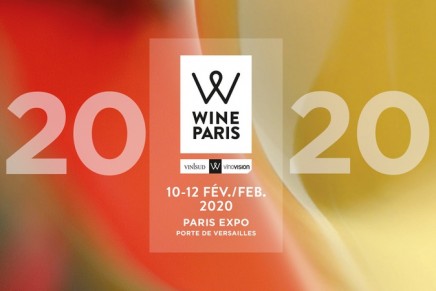 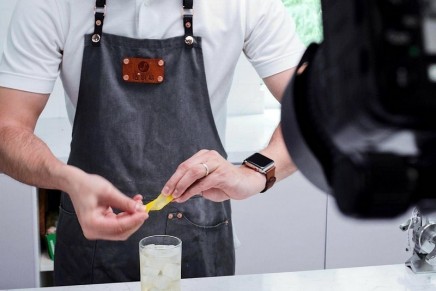 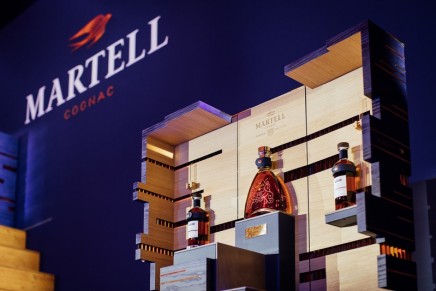 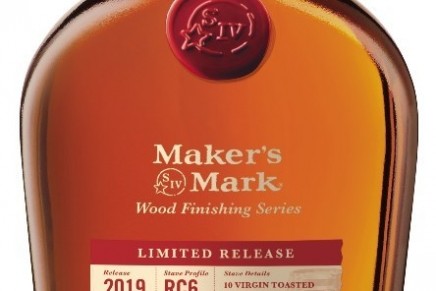 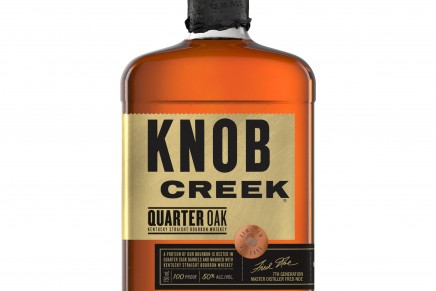 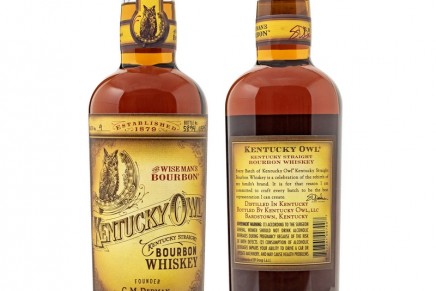