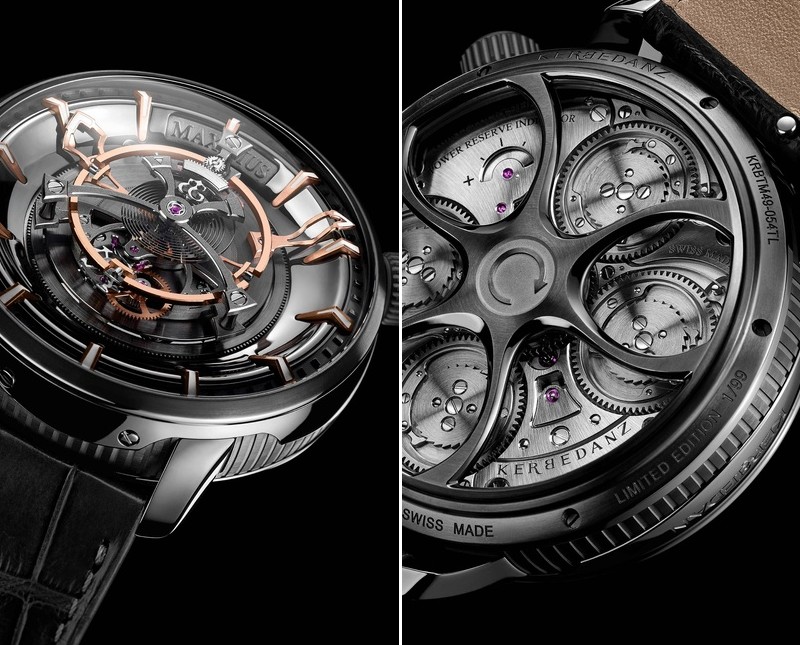 Maximus, in antiquity, was a key word wherever grandeur and splendor were being expressed. In 2017, the term has taken on a new, masterly dimension with Maximus designed by Neuchâtel-based Kerbedanz luxury watch manufacture.

With its 27-millimeter cage, which is almost twice the size of the largest one known to date, the biggest wristwatch with tourbillon in the world, by Kerbedanz, couldn’t be called anything but Maximus.

Maximus, in antiquity, was a key word wherever grandeur and splendor were being expressed. The watch is inspired by the most imposing monument of all of Roman Antiquity. The Circus Maximus is still in Rome to this day. This famous Roman venue was used for horse-drawn chariot races. Maximus was also the title granted systematically to all the Roman emperors during the period following the reign of Augustus.

Not only does the Maximus flying tourbillon by Kerbedanz allow one to better observe and understand the subtleties of this fascinating mechanism, thanks to its sheer size, but it also demonstrate the extent of the company’s watchmaking competencies: This watch required conception and manufacturing of a special balance spring, a rack with a screw for fine adjustment, and a balance wheel. The cage of this watch makes a full rotation once every six minutes, and not in sixty seconds, which is usually the case.

The tourbillon was invented by the great watchmaker Abraham Louis Breguet (1747-1823. The complication places the regulating organ of the watch inside a cage that turns on itself, thus varying the position of the regulating elements to compensate for errors due to gravitational forces, to non- concentric development of the balance spring, and the point where it is attached to the collet. In watchmaking, enlarging the size of certain components does not mean just multiplying their size, says Kerbedanz. “Everything needs to be reinvented, recomputed.”

The Caliber KRB-08, with its giant central flying tourbillon, in-line pallets, and 27-millimeter cage, boasts four parallel barrel springs that drive a central wheel mounted on ball-bearings. This produces enough power for a tourbillon of such size. It runs at a frequency of 2.5 Hertz, or 18,000 vibrations per hour. The feat lies in being able to develop a power reserve of 54 hours, which is displayed on a separate indicator. The watch is made up of 415 carefully assembled components, of which 73 are dedicated to the tourbillon cage. The latter is made entirely of titanium and only weighs 1.35 grams. Achieving such perfection requires the expert hands of select watchmakers. 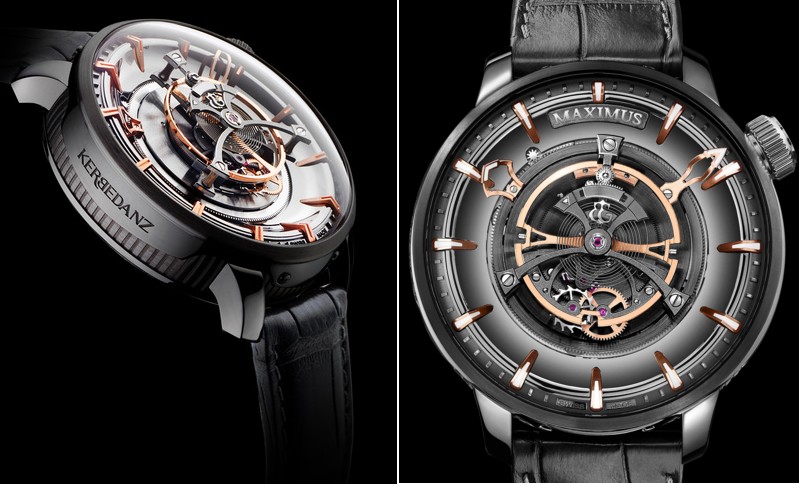 The Maximus masterpiece of horological micromechanics was introduced at the Baselworld 2017 trade fair. 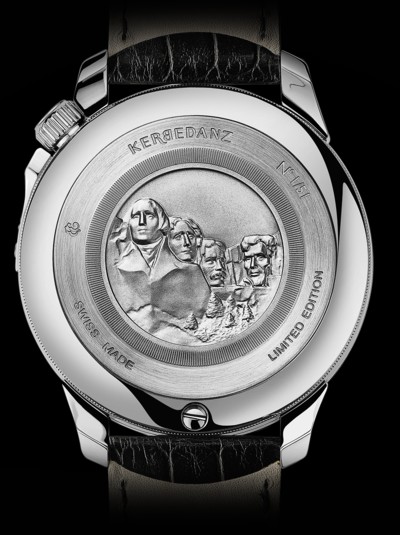 In 2017, KERBEDANZ deeply admirative of the United States, its Constitution and its history decided to dedicate a watch to the United States of America, as a tribute to the “Country of Free Enterprise”, through the highly symbolic image of Mount Rushmore National Memorial. 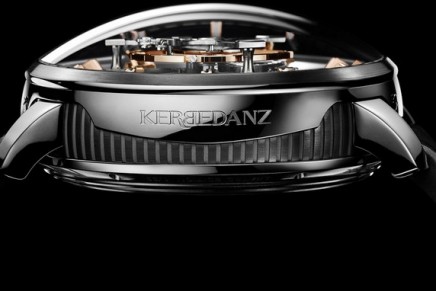 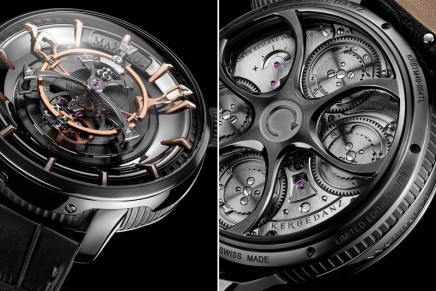 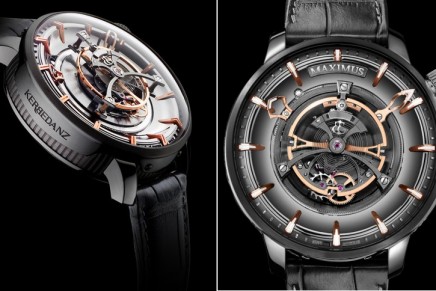