An exceptional non-selling exhibition illustrating one of the industry’s most influential figures, and his life-long passion for watches.

“Jean-Claude Biver: A Retrospective. Share, Respect, Forgive,” is a traveling exhibition presented by Phillips Auction in Association with Bacs & Russo. The exhibition will go on an international tour, with stops scheduled in Hong Kong and New York during Phillips’ upcoming end-of-year sales, before heading to London during the first months of 2020.

Jean-Claude Biver is a Luxembourgish watchmaker, cheesemaker, and businessman currently serving as the chief executive officer (CEO) of TAG Heuer. In January 2014, he was named the president of Louis Vuitton’s watchmaking division. Since 2014, he served as chief executive, board member, and minority shareholder of Swiss luxury watchmaker Hublot. Biver has been successful at Hublot, and was previously successful in rejuvenating the Blancpain and Omega brands, both currently owned by Swatch Group.

Jean-Claude Biver’s watch collection is more special because it contains watches that he has been personally involved in creating, launching or promoting.

The collection includes the Royal Oak, Biver’s first marketing challenge, watches from Blancpain and Hublot, two brands which he rescued and turned into powerhouses of the luxury sector, and watches made by independent watchmakers that he has met, supported and befriended along the way.

Together they illustrate the journey one of the watch industry’s most influential figures, from marketing whiz-kid to company owner, and architect of LVMH‘s watch division, and perhaps most importantly, to mentor, friend and supporter for generations of brand managers, watchmakers, and retailers.

“Jean-Claude Biver is a larger-than-life man and one of only a small handful of visionaries in the Swiss watch industry who must be credited for having brought true innovation, created thousands of jobs and likely one of the best ambassadors the world of horology ever had,” commented Aurel Bacs, Senior Consultant Bacs & Russo and James Marks, International Specialist and joint exhibition curators.

“We are incredibly honored to call him a friend and be entrusted with this unique and largely unseen selection of highlights from his personal watch collection, spanning a century of watchmaking and many of the rarest brands, most fascinating complications and, very importantly, personal watches that marked his 45-year long distinguished career. We are very much looking forward to welcoming enthusiasts around the globe in the coming months on 3 continents where Jean-Claude Biver will personally be present and engage with collectors during panel discussions and lectures,” added Bacs. 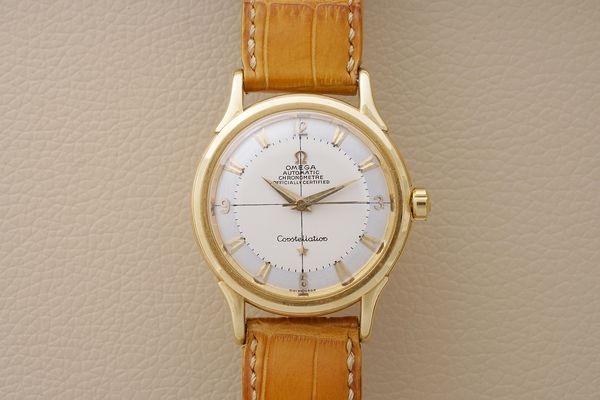 It may not be a six-figure vintage Patek Philippe, but this little yellow gold Constellation from Omega is arguably the most precious watch of the collection, and at the very least can claim to be the first. It was given to Jean-Claude Biver at the age of eight to celebrate his communion, though it wasn’t until turning eighteen that he first put it on his wrist. 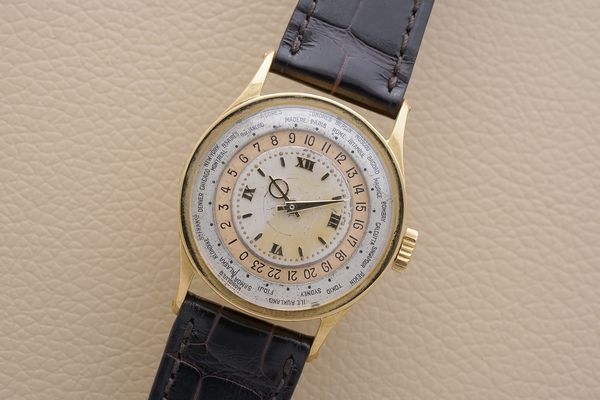 Perhaps the most historically important watch in Jean-Claude Biver’s collection is the following, apparently unsigned world-time. It is in fact one of the first ever “Heures Universelles” wristwatches completed by Patek Philippe. It is cased in a Ref. 96 Calatrava case which remains in very well-preserved condition. Only two are known, both discovered a couple of months apart and later sold by major auctions houses in 2011. 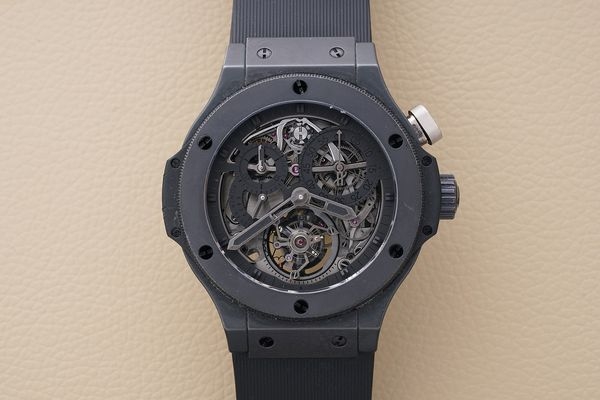 This single-button, all-black chronograph is perhaps the most important watch in Jean-Claude Biver’s collection and the source of what he considers his greatest success with the resurrection of Blancpain. “The present prototype would guide Hublot’s collection for many years to come – and in many ways still does. Biver calls this “his lucky watch” and he’s worn in on many important model launches and says it is one of the watches he would never part with, as it is a part of him,” wrote Philips’ Arthur Touchot. 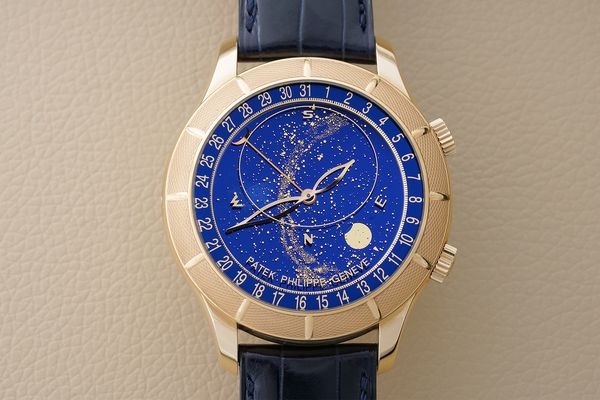 PATEK PHILIPPE Reference 5106J with date made for Only Watch 2009

Made for the first edition of Only Watch, in 2009, the present Patek Philippe Reference 5106J led the charity auction’s results – a position it has kept for the past ten years – thanks to the generous winning bid presented by Jean-Claude Biver that contributed in raising more than $2 Million on the night for Duchenne muscular dystrophy research. The watch now belongs to his son Pierre. 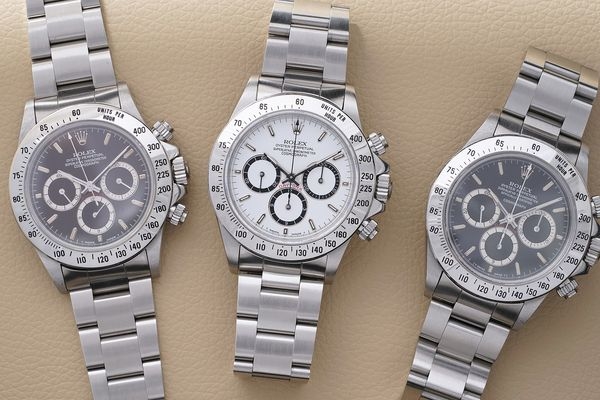 In recent years, and thanks to the influence of his son Pierre, Jean-Claude Biver has added a unique trilogy of the so-called Mark II bezel “Zenith” Daytona Reference 16520s in stainless steel, which may at first look like regular Reference 16520s expect for the inclusion of the “225” graduation on their bezel. These were made for just a very short time, during the experimental phase in the production of the reference, and can only be found on L-series models. They are therefore extremely rare, and Biver has been able to acquire three with different dial variations.

Phillips in Association with Bacs & Russo invites all watch enthusiasts to discover these pieces for themselves. More on www.phillips.com. 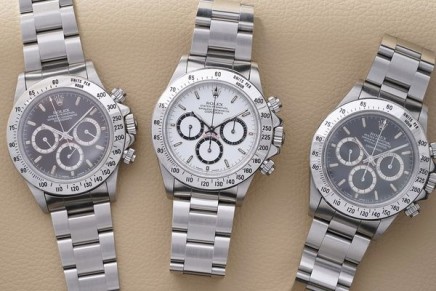 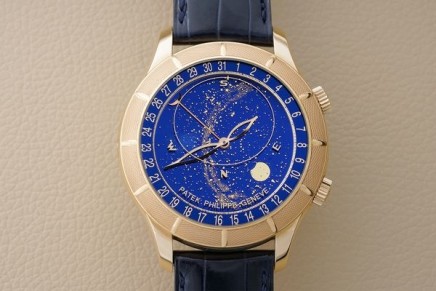 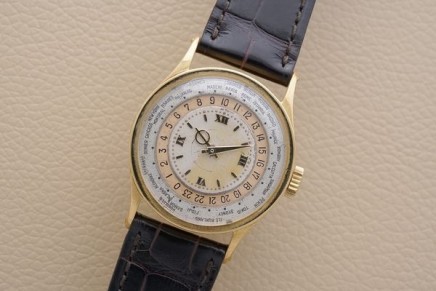 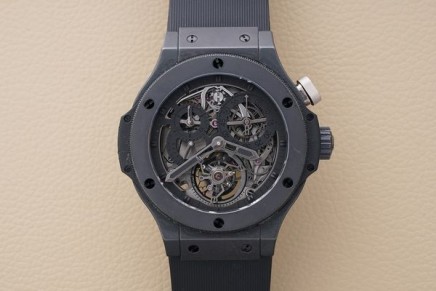