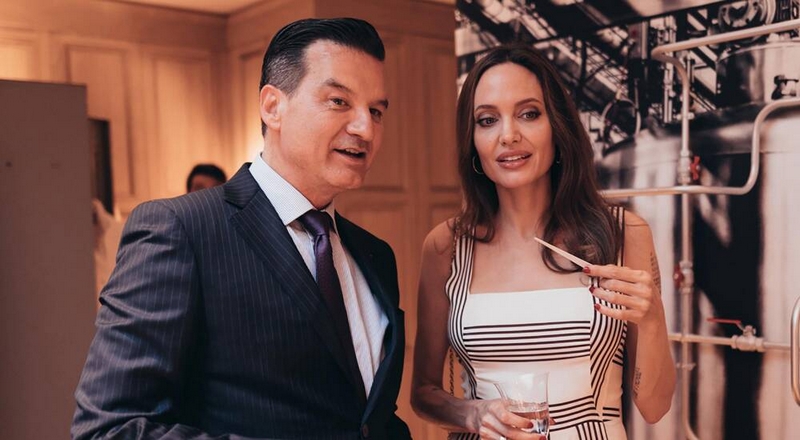 Mon Guerlain, the House’s new fragrance, is a tribute to today’s femininity a strong, free and sensual femininity, inspired by Angelina Jolie.

Guerlain welcomed Angelina Jolie, the muse of its Mon Guerlain fragrance, in Paris on July 8-9. During her visit, the beauty powerhouse revealed the new Mon Guerlain campaign and celebrated the upcoming launch of Mon Guerlain Eau de Parfum Intense, set for the end of August.

Since 2017, Angelina Jolie has been the muse of Mon Guerlain, the Maison’s most recent feminine fragrance, created by the duo of Master Perfumer Thierry Wasser and Delphine Jelk, Guerlain Perfumer. On July 8th Guerlain President and CEO Laurent Boillot welcomed the actress for a press conference at the Hôtel de Crillon in Paris. During the event they unveiled the new Mon Guerlain film, shot by Emmanuel Lubezki at Angelina Jolie’s home in Cambodia. 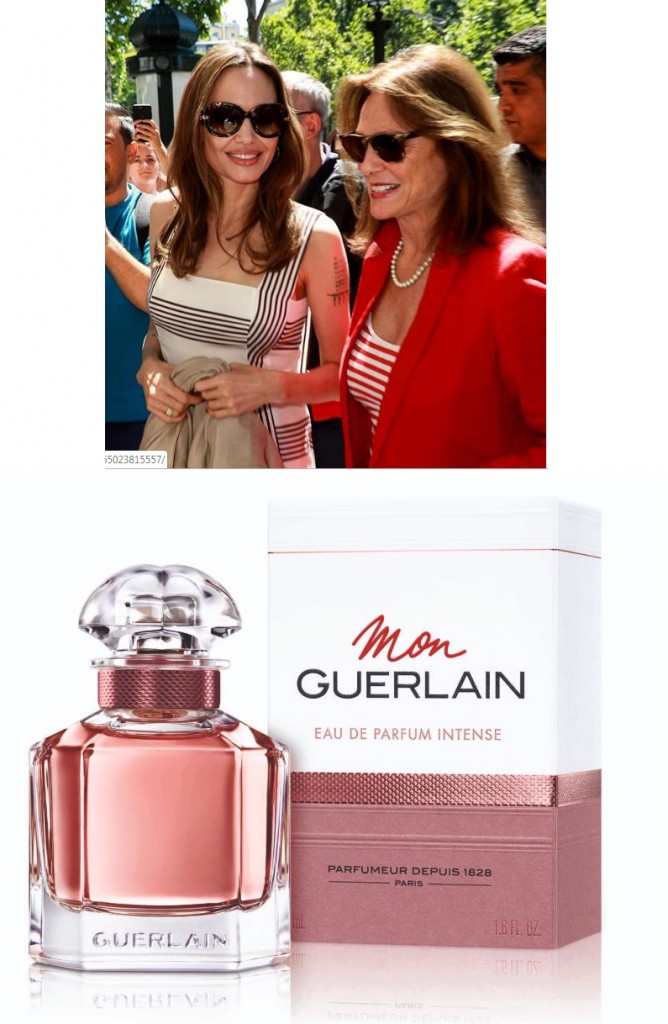 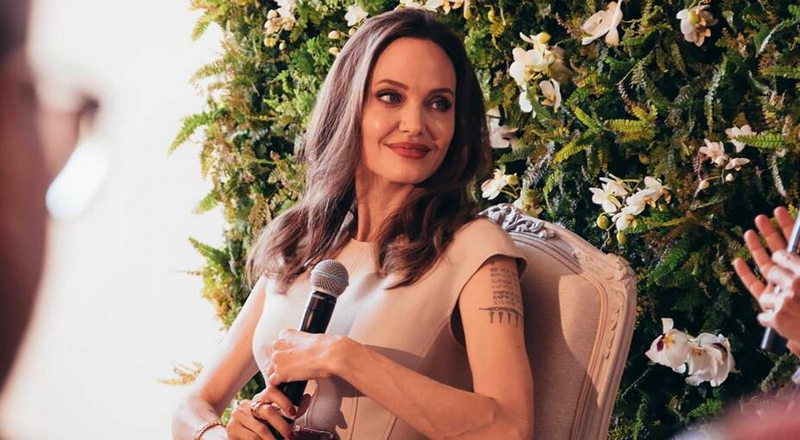 At the press conference Angelina Jolie spoke about her connection to Maison Guerlain and the work of the foundation she set up in 2003 in Cambodia in the name of her son Maddox to help local communities access healthcare and education and preserve the environment.

Laurent Boillot and Angelina Jolie also announced a joint sustainable development project to protect bees in the Samlot area of northwestern Cambodia, working with local communities and drawing on the expertise of bee specialists that Guerlain has supported for over ten years.

“We create perfumes for the women we admire” said Jacques Guerlain, creator of mythical fragrances such as Shalimar, L’Heure Bleue and Mitsouko. Thierry Wasser, Guerlain’s Master Perfumer, drew his inspiration from Angelina Jolie to create a fragrance expressing the idea of the “notes of a woman”: the choices, emotions and dreams that embody modern femininity. The partnership between Angelina and Guerlain was agreed in Cambodia in December 2015, where she was directing her film First They Killed My Father. It has its roots, however, in Angelina’s childhood memory of her own mother’s love of a Guerlain powder. 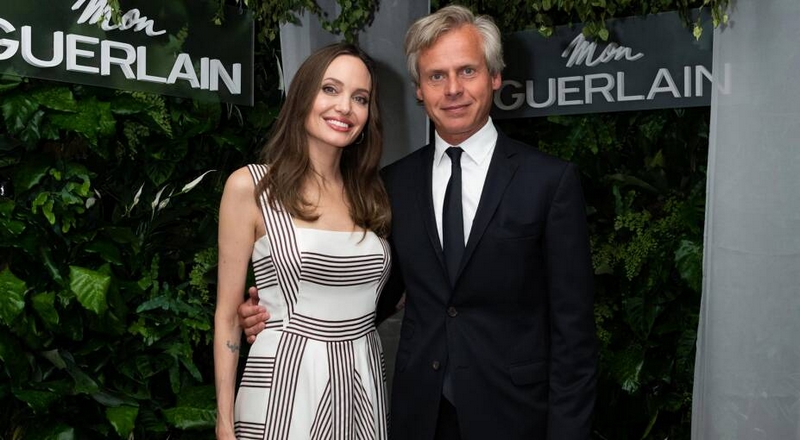 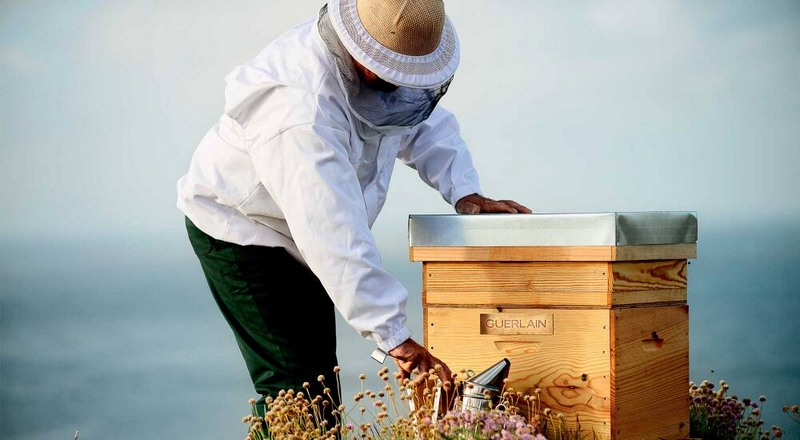 Bees have been an inspiration for Guerlain since 1853, emblazoning the Maison’s most precious perfume bottles. In addition to a symbol, bees also provide Guerlain with irreplaceable natural ingredients. With the growing threat to ecosystems, preserving biodiversity has thus become fundamentally important to the Maison. Protecting bees is one of the key pillars of Guerlain’s commitment to sustainability “In the Name of Beauty”, leading to a host of concrete initiatives,  including the Bee University symposiums. 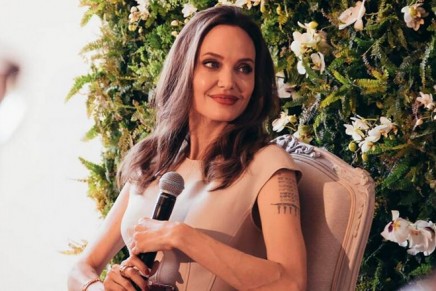 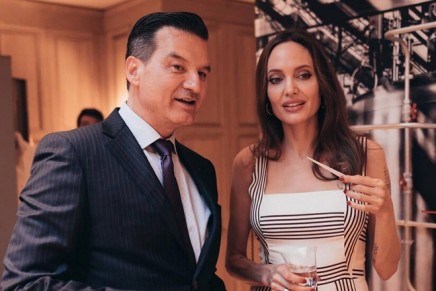 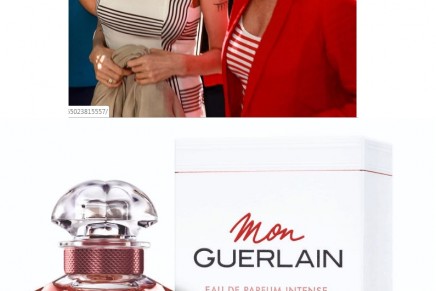 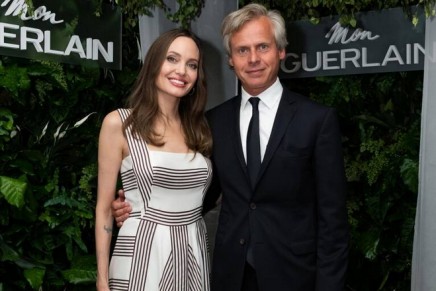 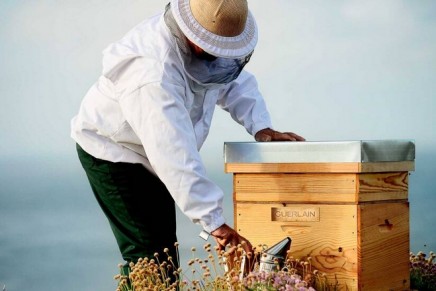