Ian Fleming‘s Love Letters Written to His Wife, Ann to be Offered at Auction.

A significant series of letters exchanged between author Ian Fleming and the great love of his life, Ann (“Darling Darling Baby”, “Dear Monkey”, “Darling Pig”), will be offered for sale at Sotheby’s next month.

Ian Fleming’s Love Letters Written to His Wife, Ann to be Offered at Auction; @sotheby’s

The correspondence chronicles two decades of their lives from the intensity of their early secret love affair to the embittered final years of their marriage. The collection encompasses intimate love letters, lively descriptions of travels around the world, gossip of rich and famous friends, their shared passion for the natural world, the writing of the James Bond novels and their phenomenal success, which dominated his final years.

These letters provide a much broader insight into Ian Fleming’s life and world than just the trajectory of his relationship with Ann. There is much gossip about mutual friends and acquaintances, including the divorce of Laurence Olivier and Vivien Leigh.

International travel was a regular feature of Ian’s life after his marriage, whether it be for newspaper work, research for the latest novel, or to deal with the increasing demands of the snowballing Bond phenomenon. Travel still had a glamour in the 1950s, and Ian describes sailing to New York on the Queen Elizabeth in 1953, giving him time to correct proofs for “Live and Let Die” and wonder at a passing pod of whales.

The correspondence includes richly evocative letters in which he reports back to Ann from different parts of the world: Hong Kong, Chicago (“…Bang! Bang! Here I am among the ghosts of the gangsters high up in a suite looking miles across lake Michigan…”), Bombay and Tangier, from which he reports on the city’s gay subculture frequented by Francis Bacon (another friend of Ann’s). In New York he found himself, with very British condescension, “submerged beneath a deep gloom [sic] at the fabulous limitations of these people and their total unpreparedness to rule the world which is now theirs”. 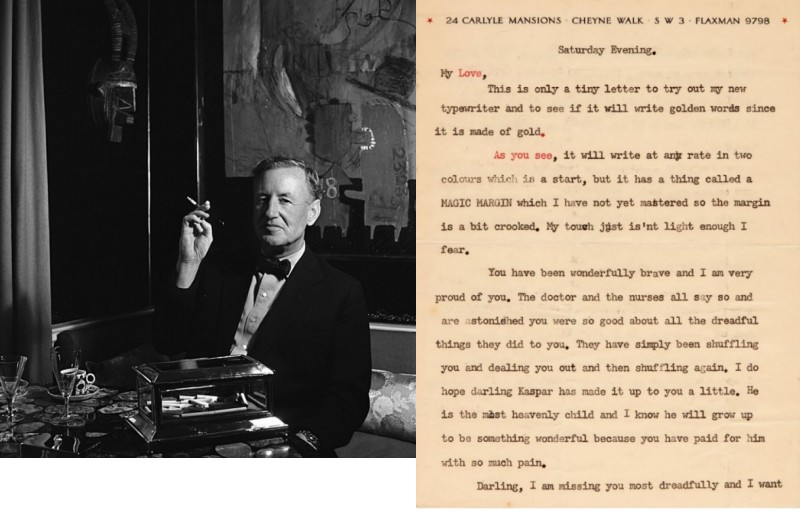 Ian Fleming’s Love Letters Written to His Wife, Ann to be Offered at Auction; @sotheby’s

“James Bond was very much a product of Ian and Ann’s relationship. It is no coincidence that Ian wrote his first Bond novel in the same year they married, both as an outlet for his libido and imagination, and also in an attempt to make money for a woman who was used to being unthinkingly rich,” said Dr Gabriel Heaton, Sotheby’s Specialist in Books and Manuscripts.

These letters remain largely unpublished and, in their scope and scale, must surely be an unmatchable record of the life of the author as his fortunes changed: they begin during the war, when he was working in intelligence, cover his post-war forays into journalism, long periods spent in his beloved Jamaica, and his creation of James Bond – one of the most enduring fictional characters of the last seventy years. As well as recording a relationship with an extraordinary erotic charge, this correspondence charts the meteoric rise of Bond and paints a vivid picture of high society living in the post-war world.

Comprising over 160 letters written by both Ian and Ann, written across 500 pages, this correspondence will be offered as part of Sotheby’s London online sale of English Literature, History, Rock and Pop, Children’s Books and Illustrations (3-10 December) with an estimate of £200,000-300,000. 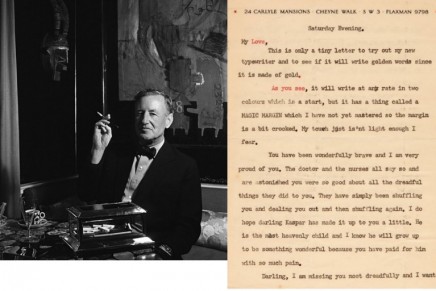 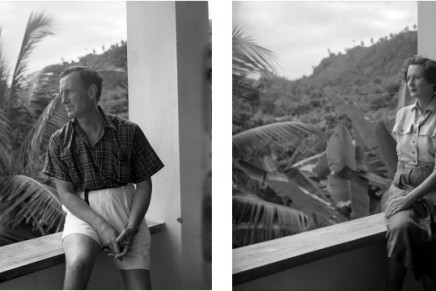