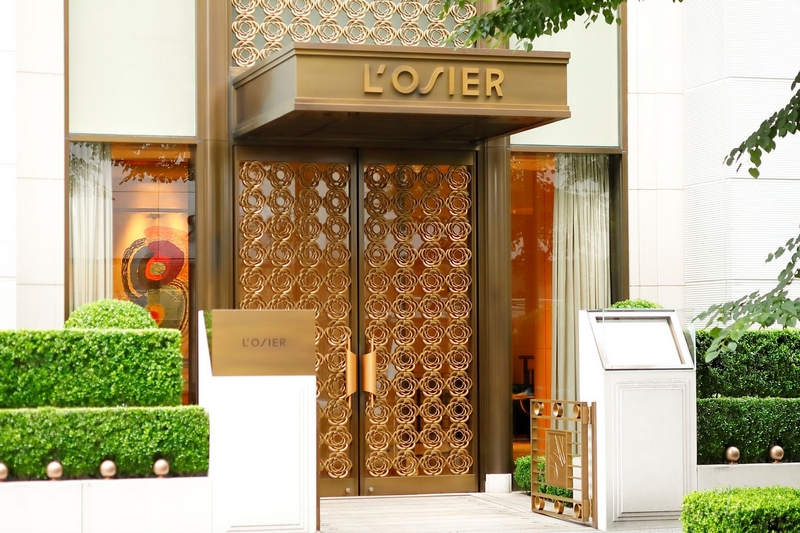 L’Osier (Ginza, Tokyo), the French restaurant run by Shiseido Company, has been awarded three Michelin stars for the fourth consecutive year in the Michelin Guide Tokyo 2022 published on December 3, 2021, the highest honor given to restaurants serving “exceptional cuisine that is worth a special journey.” In addition, innovative Italian restaurant FARO (Ginza, Tokyo) has earned one star, signifying “a very good restaurant in its category” for the second consecutive year.

Since 2020, the Michelin Guide has been highlighting the efforts of restaurants and eateries that are at the forefront of “sustainable gastronomy,” and introduced Green Star for establishments with truly dedicated and innovative practices. This year, L’Osier and FARO were both awarded Michelin Green Star for the first time for their sustainable practices. 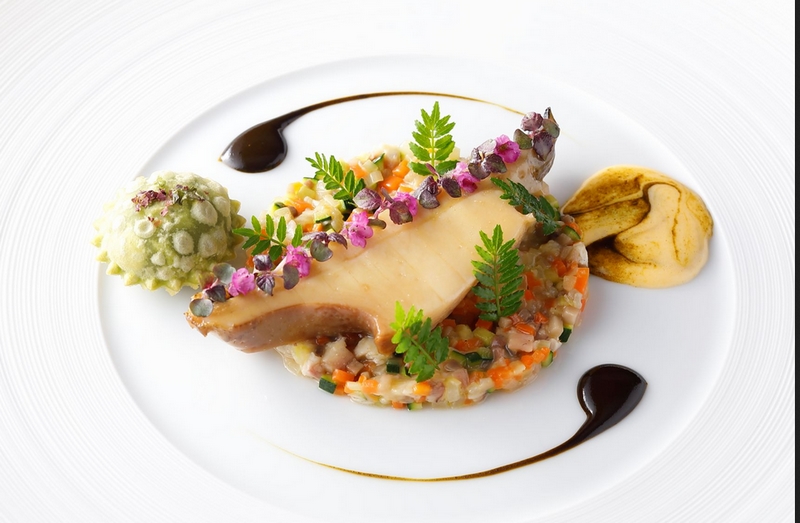 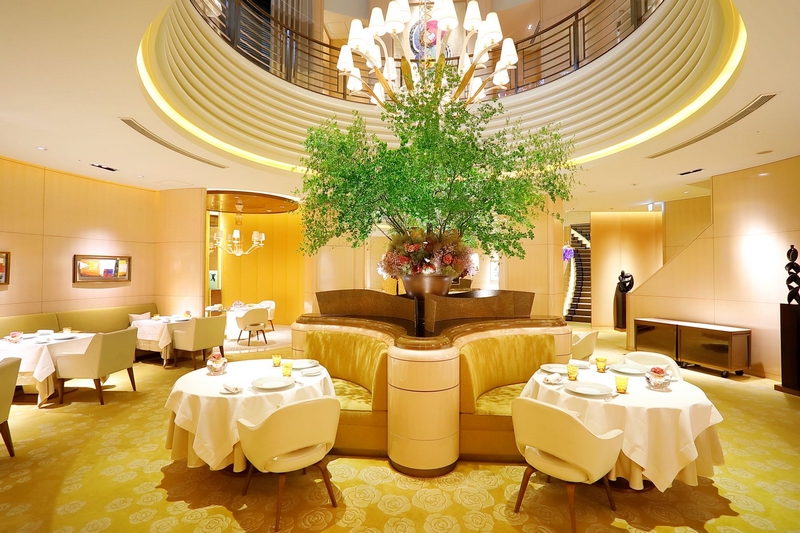 The French restaurant L’Osier started business in 1973 and is named the French word for “willow”, which has a deep connection to Ginza, Tokyo. L’Osier embodies a rich and mature culture and is a symbol of the Shiseido brand, aiming to achieve top quality in all areas of food, service, and dining space.

Third-generation French executive chef Olivier Chaignon creates the current cuisine of L’Osier Restaurant with innovative ideas and cooking techniques while preserving the luxury restaurant’s traditions and the essence of French haute cuisine. He selects the best ingredients to create an exquisite harmony of delicate taste and texture, using new combinations of ingredients created with his unique sensitivity.

Designed with key elements of “white,” “gold,” “translucence,” “glass,” and “light,” the restaurant features a dynamic space integrated with a nine-meter-high atrium, offering customers a luxury dining experience in an open and relaxed environment.

In May 2019, L’Osier Restaurant chef sommelier Toshifumi Nakamoto received the Spring Medal with Yellow Ribbon, and sommelier Taku Iguro was named Best Sommelier at the 9th J.S.A. Best Sommelier of Japan championship in August 2020. Along with these achievements, L’Osier Restaurant is highly acclaimed by many patrons from both Japan and abroad for not only its cuisine and space but also its meticulous attention to detail in hospitality.

L’Osier pursues SDGs with a sense of urgency to protect the beautiful environment, the loss of which would include its fascinating ingredients and the ability to pass down a wonderful food culture to the next generation. Many of the ingredients used in L’Osier are fresh and ethically sourced: fish from fishmongers who practice sustainable fishing such as pole-and-line fishing, free-range local traditional pedigree chickens and eggs delivered from environmentally friendly poultry farms, and organic pesticide-free vegetables, etc. At the same time, we are also advancing efforts from a place of adjacent usage, such as soap made of recycled cooking oil (waste oil) from the kitchen and garbage bags made of 99% recycled vinyl.

“First of all, I would like to thank all our customers for coming to L’Osier. I would also like to express my gratitude to the producers who provide us with wonderful ingredients and to my staff, who are passionate and dedicated to their work and support me every day. I will continue to work hard with my staff to make our customers have the best possible experience at L’Osier.” – commented L’Osier executive chef Olivier Chaignon. 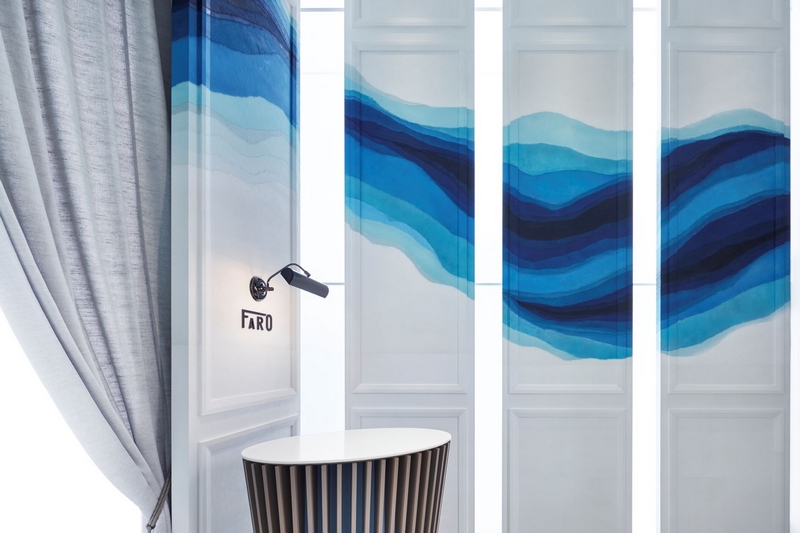 Located on the 10th floor of the Tokyo Ginza Shiseido Building, FARO offers modern and original creations (cuisine) that go beyond the bounds of Italian cuisine by combining the tradition and innovation of modern Italian cuisine with the richness of Japanese ingredients and culture.

At FARO (lighthouse), named with the aim of becoming a restaurant that shines a light on the world from the land of Ginza, executive chef Kotaro Noda sheds light on a new food culture. Noda has been at the forefront of the Italian culinary world for 20 years, and the only Japanese chef bringing Michelin stars to two restaurants in Italy. With him, FARO Restaurant Ginza is now particularly focused on its vegan course; Chef Noda describes it as “not a limitation but a new expression, leading to a good example of Buddhist vegetarian cuisine.” The course menu is not only for vegans but for the many people who want to experience “delicious food and feel beautiful inside and out.”

At the same time, Shiseido Group says it finds that the vegan lifestyle has the potential for sustainability and harmony, and therefore pursue initiatives to “live a happy fulfilling life while protecting the beauty of the earth and society” through a diet that does not burden the environment or animals.

“All FARO staff aim to act as “food curators” and travel around the country to deepen ties with producers and suppliers. From tableware and cutlery to table accessories, we have a wide range of products made with “Japanese artisanal techniques,” such as Niigata’s Kumiko woodcraft, Tajimi and Arita vessels, Imabari weaving, and Edo-Kiriko cut glasses, with a desire to preserve the wonderful traditional culture of Japan.” – Shiseido Group 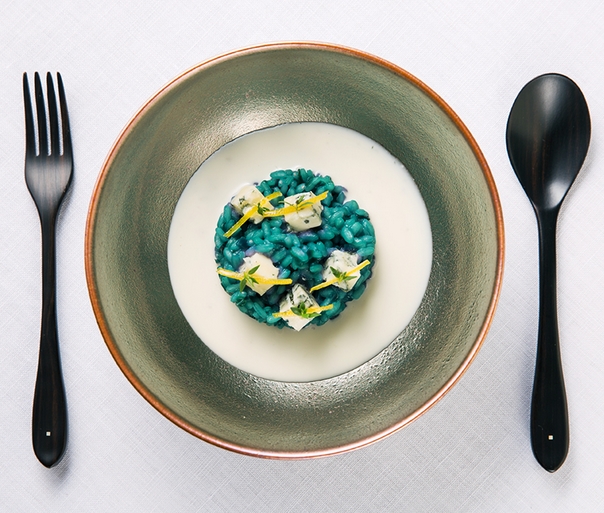 The dining space is an elegant and stylish fusion of Japanese and Western styles and creates a different atmosphere for day and night with its interior based on a color gradation of the earth, the sea, and the sky, each with its own unique expression.

“I am honored to have received this recognition for the second year in a row. I would like to express my gratitude to our customers, producers and suppliers across Japan for their affection and support toward FARO. The accumulation of our daily efforts produced results like this, and which will feed us for tomorrow. We will continue to evolve as a restaurant that is unique to Shiseido and strive to meet everyone’s expectations.” – commented FARO executive chef Kotaro Noda. 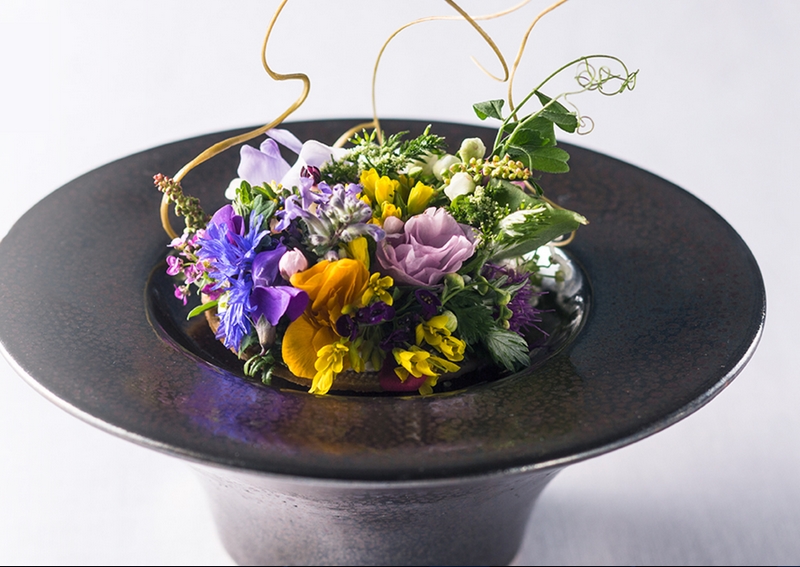 Shiseido started business in Ginza, Tokyo in 1872 as the first private Western-style pharmacy in Japan. The founder, Arinobu Fukuhara, installed a soda fountain in a section of the Shiseido pharmacy in 1902 to manufacture and sell the country’s first soda water as well as ice cream, a rare delicacy at the time, inspired by the drug stores he had visited in the U.S. on return from the World Exposition in Paris in 1900.

In 1928, the company opened Shiseido Parlour, which served authentic Western cuisine. L’Osier opened its doors as an authentic French restaurant inside the former Shiseido Parlour Building (now Tokyo Ginza Shiseido Building) on Ginza Chuo-dori Avenue in 1973. Since 1999, the restaurant has been located in the Shiseido headquarters building on Ginza Namiki-dori Street, bringing the atmosphere of Paris to the boulevard. Celebrating its 40th anniversary in October 2013, the restaurant reopened under new executive chef Olivier Chaignon. L’Osier is a highly acclaimed fine-dining restaurant that offers a truly wonderful experience to patrons from both Japan and abroad.

FARO Shiseido opened as a full-fledged Italian restaurant in the Tokyo Ginza Shiseido Building upon construction in 2001. From October 2018, under new executive chef Kotaro Noda, the business was rebranded, and the modern FARO was born. 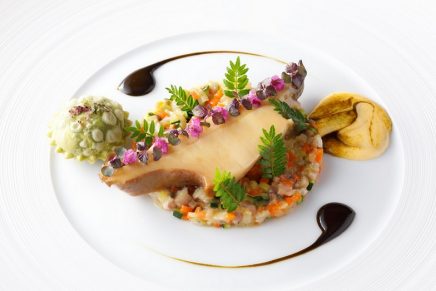 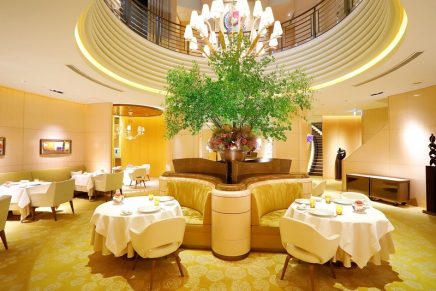 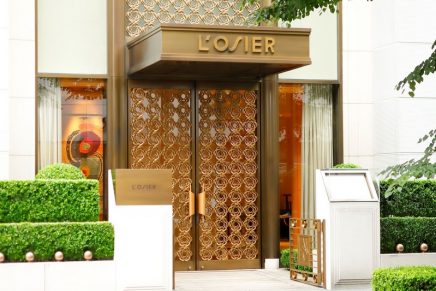 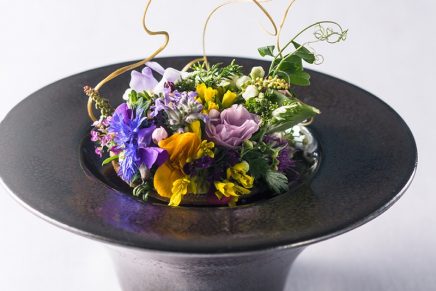 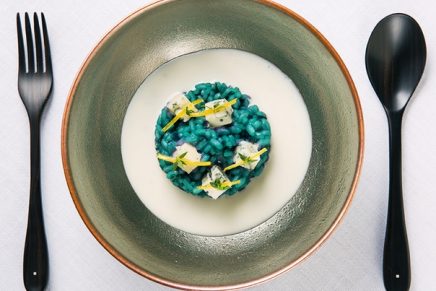 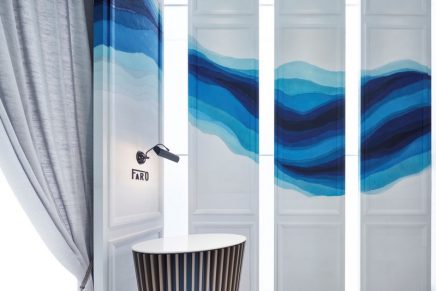 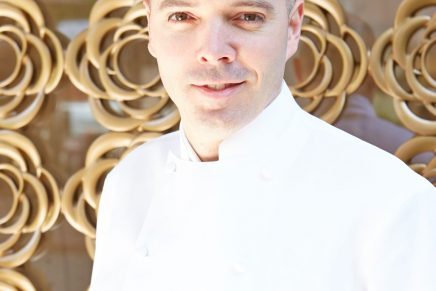