As well as the award ceremony for the “boat building Oscars”, the maritime industry Event also honoured an industry personality for outstanding services in watersport with the Seamaster Award 2020.

The “boat building Oscars” were awarded in ten categories. At FLAGSHIP NIGHT, attended by 450 guests, the international award “European Yacht of the Year” was presented for the Elenventh time, and the “European Powerboat of the Year” award for the fourteenth time. The winners of the
renowned awards were chosen by an expert jury consisting of testing organisations and the editors-in-chief of Europe’s leading twelve sailing and eight powerboating magazines.

Around 50 new sailing boats are launched in Europe every year. However, only five boatbuilders can claim the title “European Yacht of the Year 2020”.

All of the sixteen candidates were thoroughly tested and rated. All in all, the trade journalists sailed almost 2,500 sea miles, or more than 4,500 kilometres, with the nominated yachts in the course of a week. All decisions are made on a jury majority basis; a nationality clause ensures that the jury members cannot favour candidates from their own country. The respective yacht of the year reflects what’s happening on the market in general. On the one hand, the latest trend is going towards increasingly larger yachts with customised interiors and numerous extras, and on the other, sport yachts are enjoying a surge not seen in a long time. Quite remarkable is the overwhelming dominance of French candidates.

Since 2004, French boatbuilders have earned the title of “European Yacht of the Year” 31 times. For comparison: Germany and Italy, the second and third most successful countries, won only 16 titles between them in the same time.

This year’s winner in the Family Cruiser category was the Beneteau Oceanis 30.1. The touring yacht built by subsidiary Delphia Yachts in Poland offers a remarkable degree of luxury and comfort, despite its compact dimensions, the jury determined. Its sailing properties and quality of manufacture were praised too. A handy and affordable starter model for four crew members.

In the Performance Cruiser category, the winner was the X 4.0. The Danish boat combines all the virtues that brought the renowned boatbuilder X-Yachts to fame. It offers plenty of readily available power – alongside very tasteful and comfortable furnishings.

In the Luxury Cruiser category, the Amel 60 triumphed. Its spacious cockpit, almost completely covered by a deckhouse, provides maximum protection against the elements while functioning as a relaxing chill-out zone. Below deck, the high-quality and stylish interior offers three spacious double cabins anda bright, well-laid-out lounge to rival that of a five-star hotel.

During the nomination of the current candidates, it was evident that the number of fast, easily manoeuvrable racing yachts is greater than ever. To do them justice, the jury created a new, separate category (Regatta Yachts). In this group, the Dehler 30 OD from Greifswald claimed the title. The brand has a long-standing tradition of racers and has built on its success with the boat optimised for small crews. The Dehler 30 OD has a lightweight build, consistent design and is currently the most attractive model of its kind. 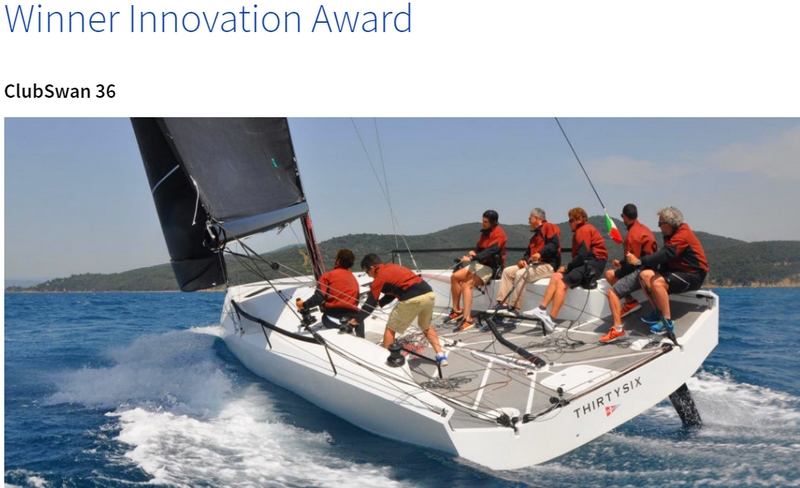 The Innovation-Award was awarded to the ClubSwan 36, the latest model of the luxury brand, Nautor’s Swan.

The radical, modern racing machine from the Finnish company is currently the most exciting serially produced boat. It has all the ingredients of a high-tech yacht – from the extreme hull shape to a carbon hydrofoil in the centre of the boat, which can be positioned at the tug of a rope and generates lift under the water. The faster it goes, the greater the hydrodynamic effect. That is to say, the Club Swan36 gets “lighter” as it gains speed – making it even faster. “It feels like being on a flying carpet,” says Jochen Rieker, editor-in-chief of YACHT magazine and chairman of the expert jury.

“The most amazing thing about it is that the ClubSwan delivers its impressive performance values without so much as a snag or a stutter.”

The presentation of the “European Powerboat of the Year 2020” awards was just as exciting.

Every year, more than 200 new boat designs are launched on the powerboat market. At the Cannes yachting festival in September, the powerboat experts nominated their 23 top contenders from this multitude of new models with the aid of a clever points-based system. Besides the usual characteristics that indicate the quality of a boat, such as the solidness of the construction or its performance properties, for example, the overall concept and the value for money aspect also played a decisive role for the jury members when it came to their choice and the rating system. Often, a boatbuilder’s innovative and unusual ideas also ultimately lead to award-winning success in one of the four-length classes or the length-independent displacement hull class.

In the small class, powerboats up to 8 metres, the Silver Tiger DCz ultimately won the race. The Silver Tiger DCZ is characterised by its excellent, safe driving properties and favourable price-performance ratio. In addition, its offers maximum safety for the entire crew, thanks to its fully sealed cockpit.

Above all, the boats in the powerboats up to 10 metres class must offer practical solutions, a solid finish and safe handling on all waters. In this category, the Beneteau Flyer 10 won the award. On the Flyer10, various concepts from larger yachts have been successfully transferred to the 10-metre class. It is a skilful mix between a day boat and a cruiser.

The winning entry in the powerboats up to 14 metres class was the impressive Pardo 38. The Pardo38 has outstanding driving properties, paired with exceedingly high-quality craftsmanship. In the eyes of the jury, it is the perfect large-format day cruiser.

In the powerboats up to 20 metres class, the jury selected the Solaris Power 48 Open. With its second model, the boatbuilder Solaris has finally arrived in the world of powerboats. Just like the design, the manufacturing quality sets new standards in its class. This is accompanied by balanced driving properties. The foldable “cockpit terraces” are a further highlight of the Solaris Power 48 Open.

In the length-independent displacement hull class, the “European Powerboat of the Year” award 2020 went to the Vedette Navigator 35. The jury stated: The Vedette Navigator is the modern version of the classic steel yacht concept. The quality of the materials and manufacture is excellent throughout.

This year’s Innovation-Award 2020, presented within the scope of the “Powerboat of the Year” awards, went to the Volvo Penta DPI drive. “Once again, Volvo Penta has set new benchmarks in drive technology. The hydraulic clutch of the DPI drive enables silent, low-wear shifting, extending the lifespan of the Z-transmission. In addition, the electric steering unit provides greater  convenience and safety in practice,” explains BOOTE’s editor-in-chief
Torsten Moench, summarising the jury’s winning choice in this category.

The SEAMASTER-Award was awarded for the eighth time at the FLAGSHIP NIGHT 2020 Event. The “Boot” Düsseldorf trade show and the Delius Klasing Verlag publishing house honour an outstanding watersports personality with this award. The 2020 award was presented to German sailing professional Boris Herrmann.

Last summer, he made headlines worldwide with a trans-Atlantic sailing trip, on which he transported Greta Thunberg to the UN Climate Summit in New York without emissions. 800 million people followed the party’s arrival on television and on live streams online – more than any other sailing event in history. This makes Boris Herrmann the most important ambassador for watersport in the past year.

In 2020, the successful yachtsman wants to continue to generate a buzz. On 8th November, Boris Herrmann will be the first German to participate in the prestigious Vendé Globe, a non-stop regatta for single-handed sailors, with the yacht “Malizia II”. 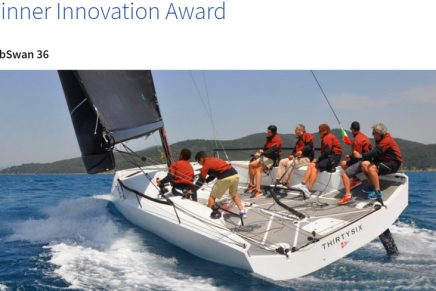 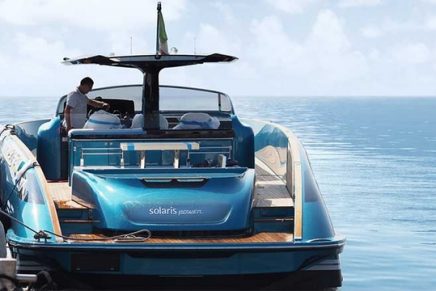 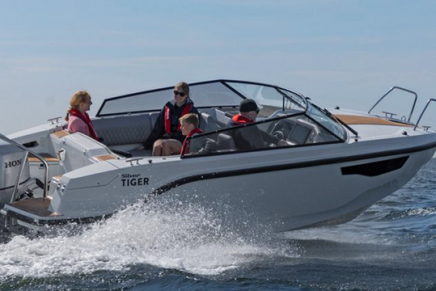 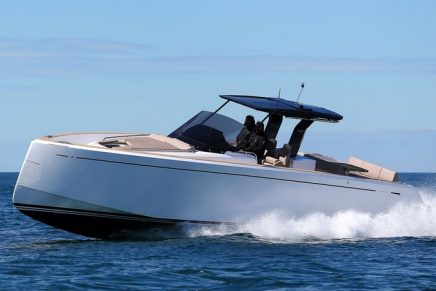 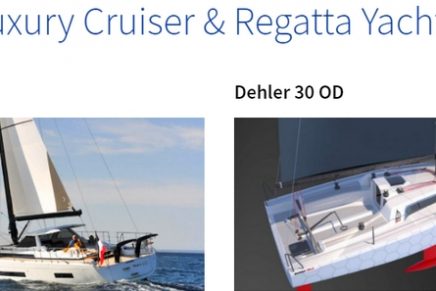 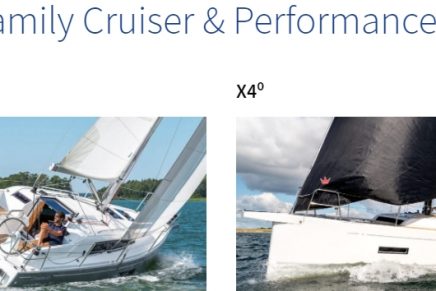 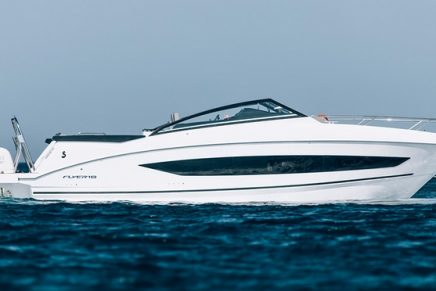