From the America’s Cup to the Olympics via the Volvo Ocean Race, sailing is redefining itself. 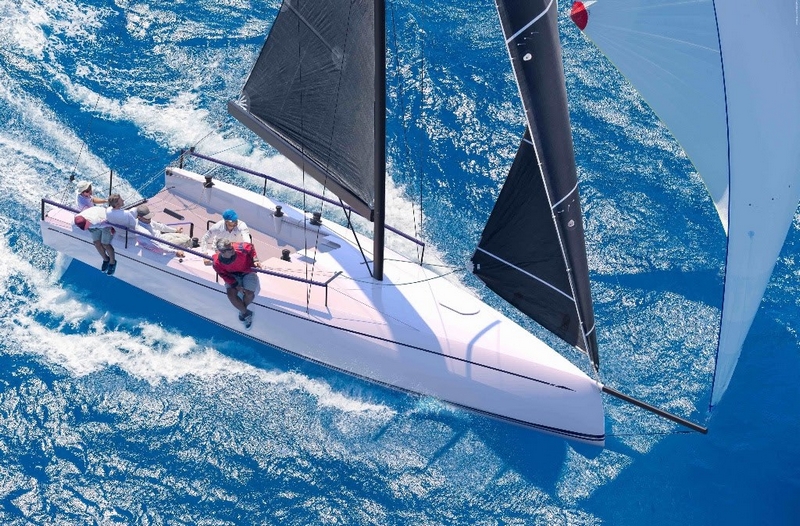 Nautor’s Swan and Argentinean naval designer Juan Kouyoumdjian launched ClubSwan 36 – a statement boat delivering something exceptional and innovative. According to its designer, ClubSwan 36 offers a style of sailboat racing that combines performance and innovation within an environment of traditional, close contact sailing, all the while remaining accessible to amateur.

According to Juan Kouyoumdjian, “The ClubSwan 36 should be regarded as a big dinghy, more so than a smaller version of a big yacht such as a TP52 or Maxi 72. Combining a very light configuration, a very versatile rig and a curved foil allows for the boat to have several modes of sailing depending on the conditions. From achieving negative leeway upwind to skimming, foil-assisted off the wind, this boat has all the tools required to provide an avid racing sailor the feelings and emotions of yacht racing at its best“. 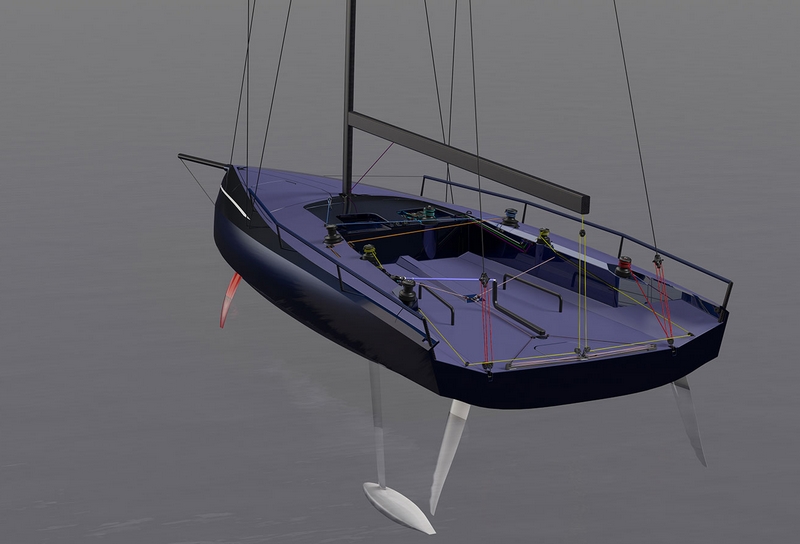 Looking beneath the gloss, the technical prowess of the ClubSwan 36 is apparent: flush deck, open cockpit and retractable bowsprit; chamfered bow to lower CG and to cut aero drag and weight; the transverse sliding C-foil, offering side force and lift in varying degrees depending on the angle of heel; and, the “soft” carbon rig providing a myriad of tuning opportunities.

The ClubSwan 36 C-foil is symmetrical, residing in an unobtrusive, internal trunk. With the boat weighing 2.5 tonnes, it is going to be very fast downwind. Upwind the foil will efficiently create side-force turning the keel fin into just a bulb holder. And, the drag downwind will be minimal.

The C-foil is deployed using a block-and-tackle system. Downwind it becomes a central component in determining optimal trim. Generating some side force when the boat is heeled means it is a boat that responds positively to heeling downwind. This has advantages in getting the twin rudders in line with the water flow.

While the foil will cause most heads to turn, the more interesting aspect is probably the rig. The mast has only one set of spreaders to allow more flexibility and a wider range of tuning options. It is deck-stepped and setting the rake will be a critical component of both upwind and downwind sailing. The position of the mast base is adjustable to change the mast’s behaviour when runners are loaded. The shroud bases are further forward than one might normally expect and the mainsail is a key element in the structure.

All in all, the rig is where the fusion between dinghy and keelboat sailing is clearest. In light winds the sails can be deepened to increase power; in a breeze, the sails can be flattened to depower. It is a mast that encourages experimentation and will appeal to the technically minded.

The ClubSwan 36 class rules are in development, but one principle central to all Swan One Designs has been settled from the outset. This is a strict amateur Owner/Driver class with a maximum of 50% the crew being professionals. The aim being to encourage the virtues of Corinthian sailing.

When addressing the project, Enrico Chieffi, Vice President of Nautor’s Swan, past Olympian and former Star World Champion, is quick to emphasise that the ClubSwan 36 holds true to the longstanding philosophy of the established boat-building brand: “We have always been about delivering the very best possible sailing experience to our owners. Combining our considerable skill in building seaworthy yachts with the elegance and design flair of the moment. Incorporating new materials and technology that enhance the sensation of time afloat. Introducing innovations that change the way the industry thinks. The ClubSwan 36 covers all these and will be a fabulous addition to the Nautor’s Swan range and, in particular, the ClubSwan division.”

Leonardo Ferragamo, Chairman of Nautor’s Swan, is another enthusiastic proponent of the project and has been ever since the concept was first put forward: “We are always looking to open the world of Nautor’s Swan and the ClubSwan soul to an ever-larger audience and especially to the next generation of sailors. 52 years after the launch of the first Swan model, Nautor is introducing a fifth one design class: the ClubSwan 36.” 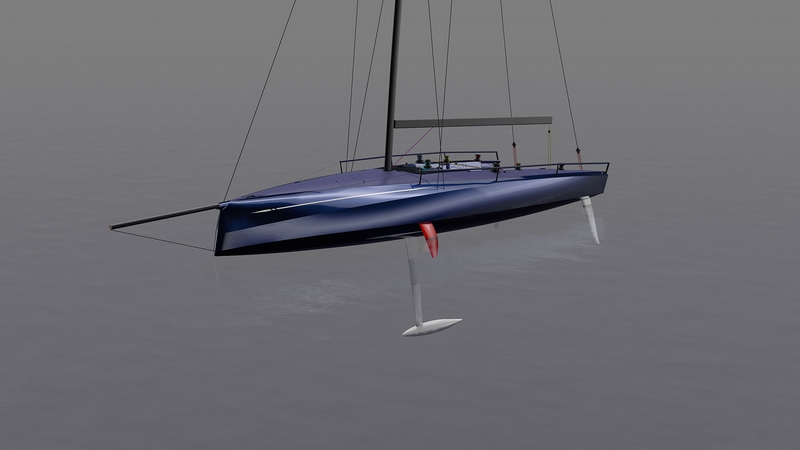 Core place within ClubSwan and Swan One Design

The ClubSwan 36 offers more than great sailing. It is a direct route into one of the best clubs in the yachting world, immediately opening the door to the ClubSwan family and Swan One Design racing programme. As early as 2019, it will form a part of The Nations Trophy Leagues anticipated for the Mediterranean and the Baltic, plus The Nations Trophy itself scheduled for October in Palma. Ferragamo again, “The great success of the first edition of The Nations Trophy in Palma de Mallorca confirmed a new era for Nautor’s Swan’s racing soul. Next year, we will have a fleet of ClubSwan 36s racing in The Nations Trophy 2019, we will organize lots of events in the Med and we will create a circuit in the Baltic.” 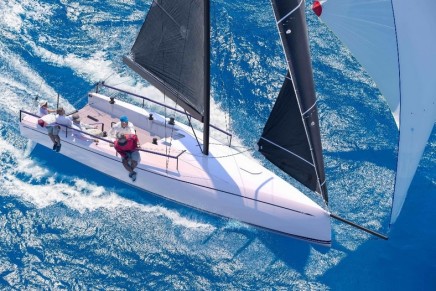 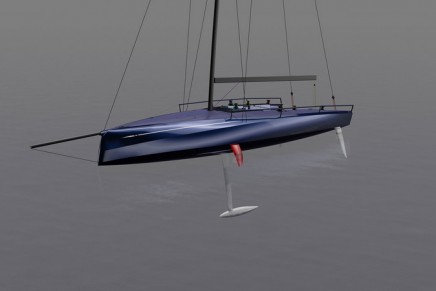 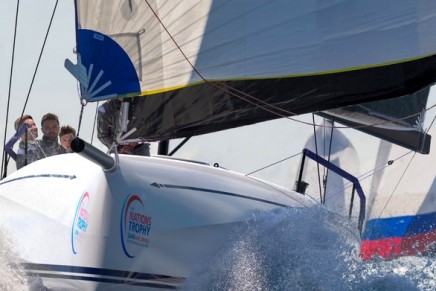 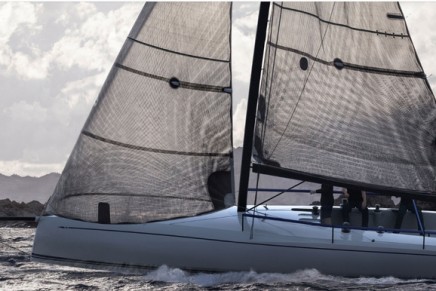 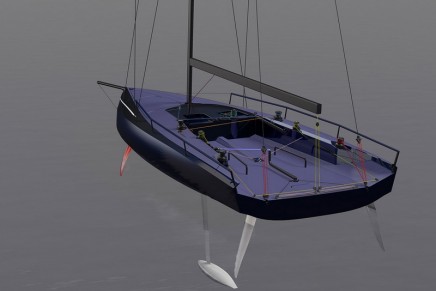