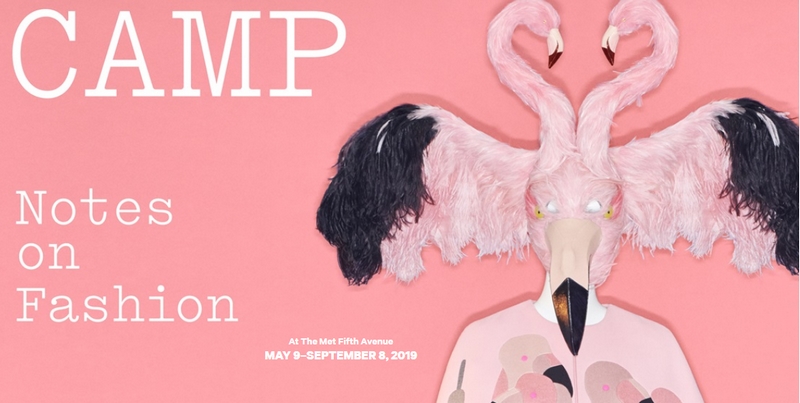 The Costume Institute’s spring 2019 exhibition, Camp: Notes on Fashion (on view from May 9 through September 8, 2019, and preceded on May 6 by The Costume Institute Benefit), explores the origins of camp’s exuberant aesthetic and how the sensibility evolved from a place of marginality to become an important influence on mainstream culture. Susan Sontag’s 1964 essay “Notes on ‘Camp’” provides the framework for the exhibition, which examines how fashion designers have used their métier as a vehicle to engage with camp in a myriad of compelling, humorous, and sometimes incongruous ways.

“Camp’s disruptive nature and subversion of modern aesthetic values has often been trivialized, but this exhibition reveals that it has had a profound influence on both high art and popular culture,” said Max Hollein, Director of The Met.

“By tracing its evolution and highlighting its defining elements, the show embodies the ironic sensibilities of this audacious style, challenges conventional understandings of beauty and taste, and establishes the critical role that this important genre has played in the history of art and fashion.”

In celebration of the opening, The Costume Institute Benefit—also known as The Met Gala—took place on Monday, May 6. The evening’s co-chairs were Lady Gaga, Alessandro Michele, Harry Styles, Serena Williams, and Anna Wintour. The event is The Costume Institute’s main source of annual funding for exhibitions, publications, acquisitions, and capital improvements. 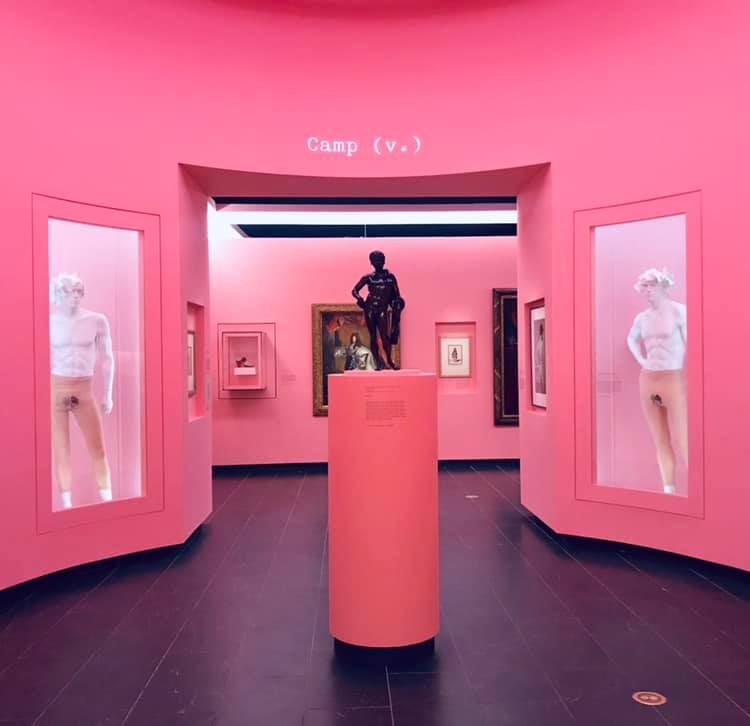 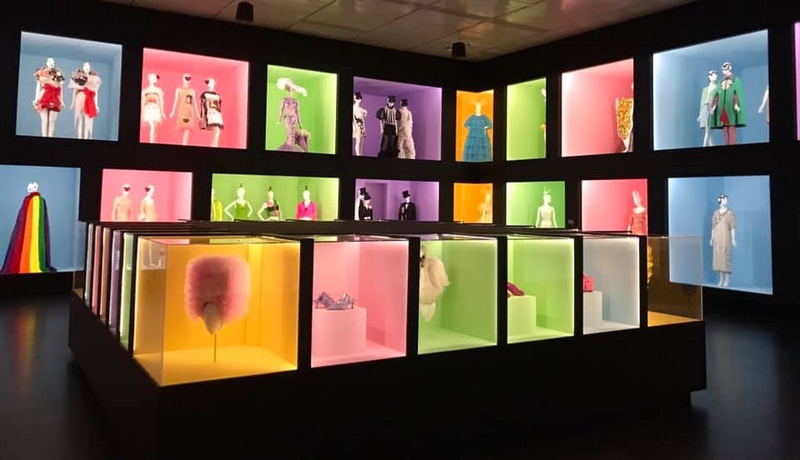 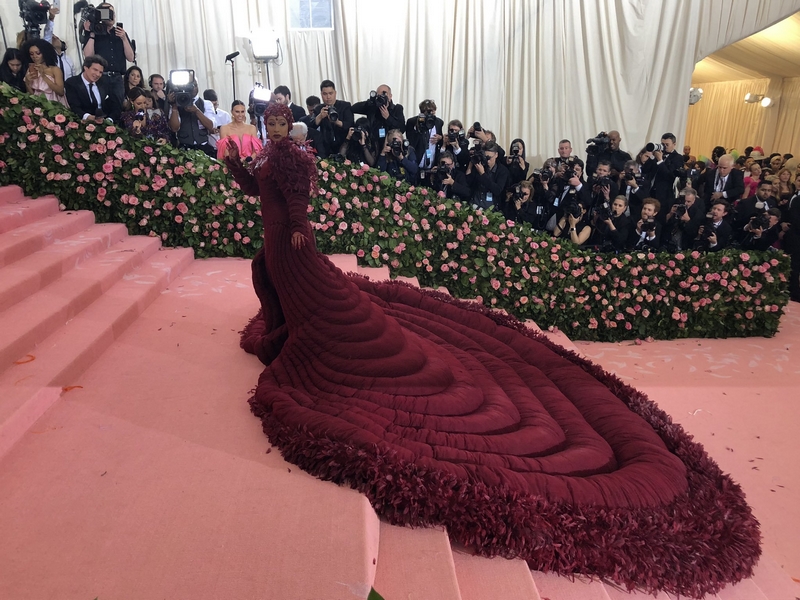 “Fashion is the most overt and enduring conduit of the camp aesthetic,” said Andrew Bolton, Wendy Yu Curator in Charge of The Costume Institute. “Effectively illustrating Sontag’s ‘Notes on “Camp,”’ the exhibition advances creative and critical dialogue about the ongoing and ever-evolving impact of camp on fashion.”

The exhibition features approximately 250 objects, including womenswear and menswear, as well as sculptures, paintings, and drawings dating from the 17th century to the present. The show’s opening section positions Versailles as a “camp Eden” and address the concept of se camper—“to posture boldly”—in the royal courts of Louis XIV and Louis XV.

It then focuses on the figure of the dandy as a “camp ideal” and traces camp’s origins to the queer subcultures of Europe and America in the late 19th and early 20th centuries. In her essay, Sontag defined camp as an aesthetic and outlined its primary characteristics. The second section of the exhibition is devoted to how these elements—which include irony, humor, parody, pastiche, artifice, theatricality, and exaggeration—are expressed in fashion.

Designers whose work is on view in the exhibition include Virgil Abloh (for Off-White c/o Virgil Abloh); Giorgio Armani (for Armani Privé); Manish Arora; Ashish; Christopher Bailey (for Burberry); Cristóbal Balenciaga among many others. 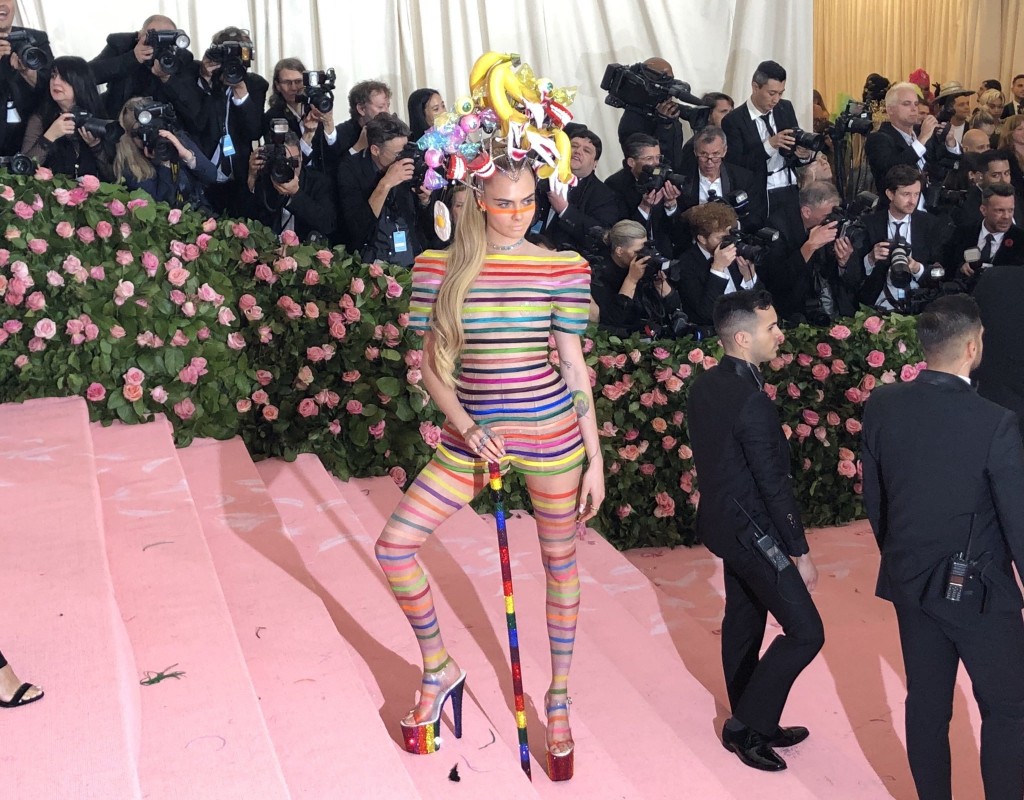 Cara Delevingne shows off her campy ensemble for the Met Gala; @twitter.com/metmuseum 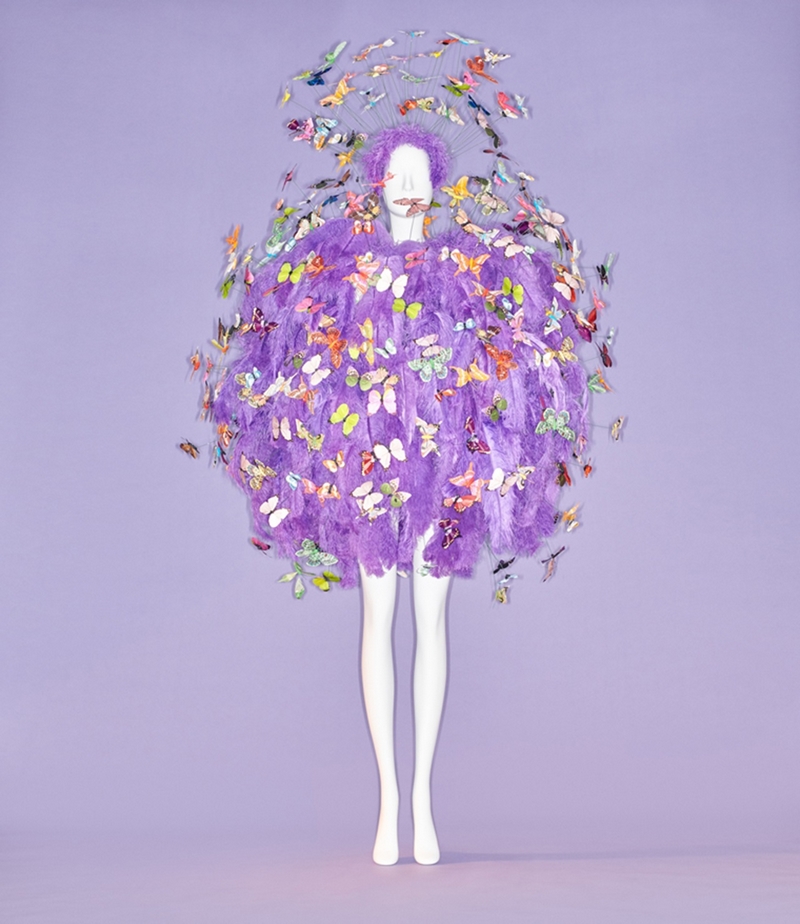 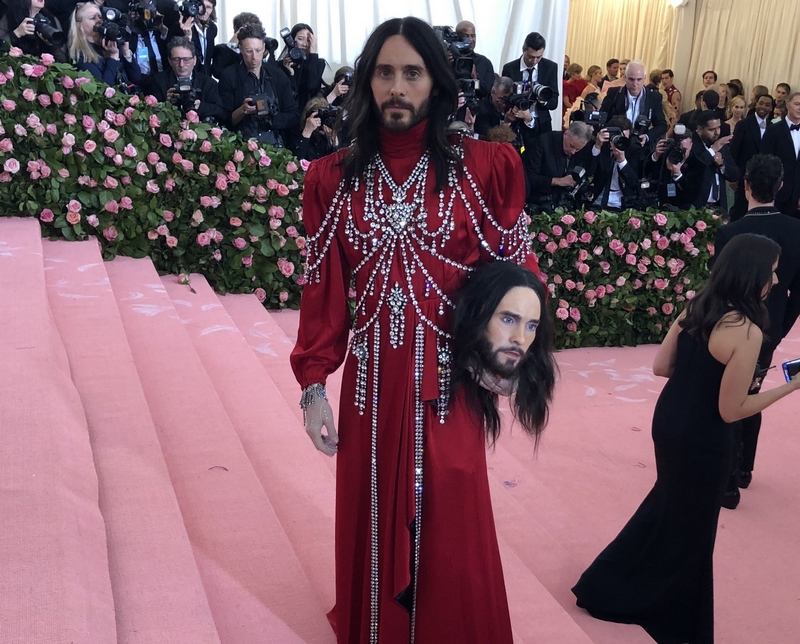 Jared Leto shows us that two heads may be better than one on the MetGala red carpet; @instagram.com/metmuseum/; metmuseum.org; twitter.com/metmuseum 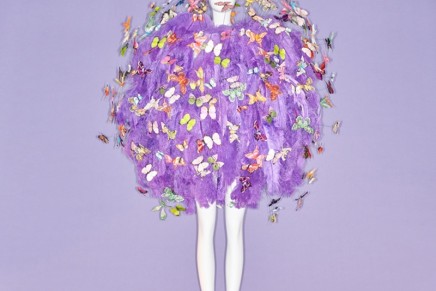 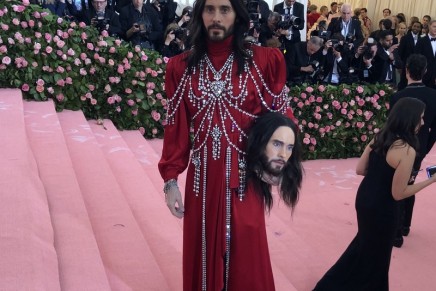 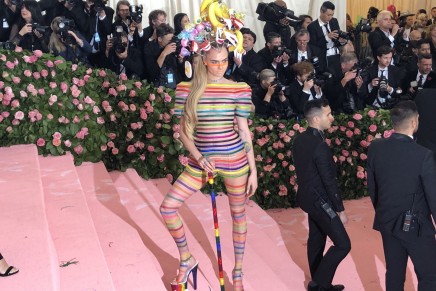 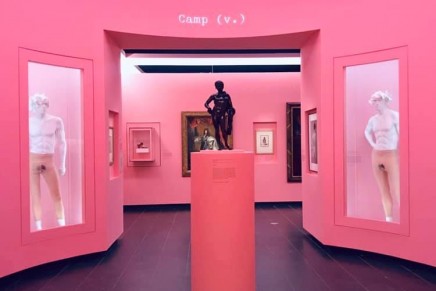 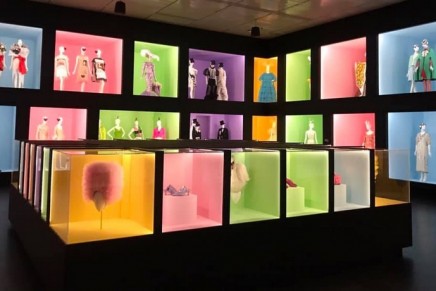 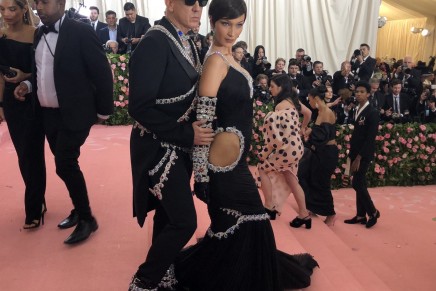 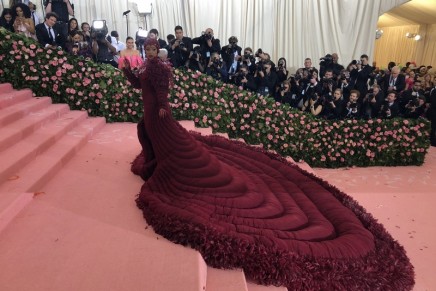