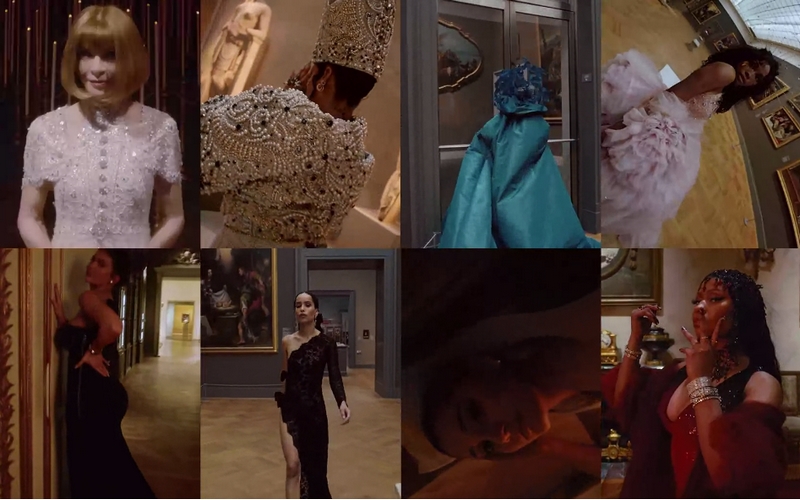 This article titled “Camp and camper: the Met Gala reaches for the stars” was written by Huw Lemmey, for The Guardian on Wednesday 10th October 2018 17.04 UTC

With appropriate fanfare and screams from the gallery, the theme of next year’s Met Gala is announced. The red carpet event is now a venerable institution, and for the past 70 years guests of the Metropolitan Museum’s annual fundraising gala have been thrilling the fashion world with increasingly astonishing outfits, each one riffing on the theme of the summer show at the Met’s Costume Institute. Next year’s exhibition will be a celebration of Susan Sontag’s seminal 1960s essay, Notes on “Camp”.

What more perfect theme for the ball, an event already swimming in tongue-in-cheek pastiche, than “camp”? Sontag described camp as “the consistently aesthetic experience of the world. It incarnates a victory of ‘style’ over ‘content’, ‘aesthetics’ over ‘morality’, of irony over tragedy.” More than just simple flamboyance, camp revels in playing up the serious until it becomes ridiculous, “dethroning” it. Good taste be damned — some things are so bad they become good. Camp gives us a sideways look at the world by taking the frivolous seriously, while acknowledging that everything, in the end, is artifice.

When Sontag wrote Notes on “Camp” in 1964, the cultural landscape looked very different from today, of course. Seriousness was the order of the day; sombre articles profiled worthy painters, who grappled with the deep questions on what life, death, and art really meant. The art world was about to get the shock of its life when Andy Warhol and a new generation of artists exploded on to the scene, with their fascination with popular culture, consumer sensibilities and light-hearted aesthetic outlook. But their camp was not all silliness – behind the brightness lay an intelligent attempt to wrestle with a different view of the world. After all, it seemed to be saying, wasn’t the culture that came before, with important men discovering important truths for society by making meaningful drips on enormous canvases, just as silly?

Today’s cultural landscape owes a lot to pop art’s obsession with artifice. From movies to political campaigns, nothing can be produced today without being instantly consumed, chopped up, repurposed and ironised within hours on social media. Camp is the new cultural regime. In fact, if you were looking for a good example of modern camp, you could do worse than looking at, well, every Met Gala in the past decade. This year’s theme of the Catholic Imagination saw bejewelled crucifixes and dazzling mitres a-go-go, with Rihanna dressing as an archbishop, Madonna donning a black mantilla and a golden crown, and Katy Perry appearing as an angel, complete with golden chainmail and 10ft-high Versace wings. The question for next year’s competitors – sorry, guests – is that when both culture and the regular Met Gala is already so deeply, wonderfully campy, how does one go one better and camp up camp?