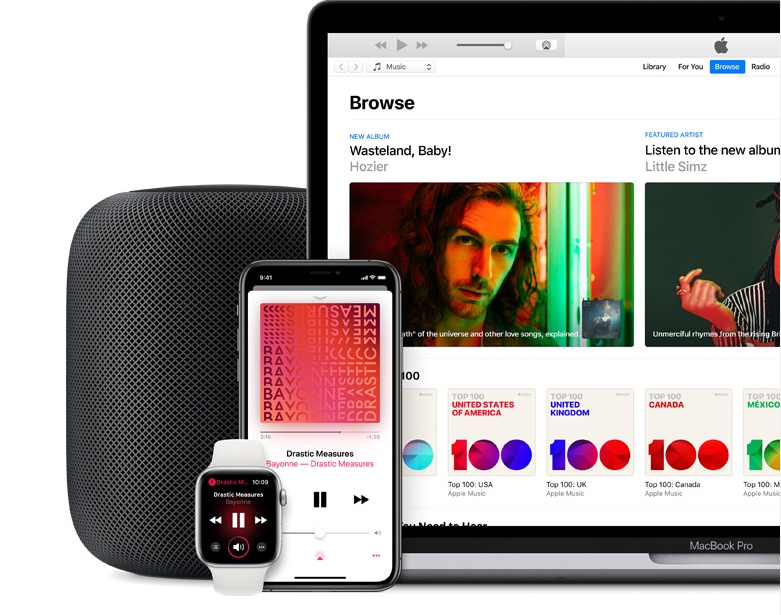 This article titled “Apple finds wearable ‘gimmicks’ really count as iPhone slips” was written by Edward Helmore in New York, for The Observer on Sunday 5th May 2019 06.00 UTC

If Apple wants to prove to doubters that there is life beyond the iPhone, then the wrists and ears of millions of customers could provide the answer.

Twelve years from the launch of Steve Jobs’s signature product, Apple wearables – and the services that tie in to them – have emerged as an important component of the tech giant’s profile, accounting for more than a third of sales in the last quarter.

Last week Apple’s chief executive, Tim Cook, reported that sales in its wearables division – which includes products from the Apple Watch to wireless headphones – grew at a rate of 30% in the last quarter. If broken out on its own the division would be in the top 200 of listed US companies, Cook said.

The news is especially surprising given the lukewarm initial reaction to many of the products. When Apple’s design guru Sir Jonathan Ive first described his idea for the Apple Watch, back in 2015, many looked on with scepticism or dismissed it as a fashion accessory. According to analyst estimates, Apple sold more than 20m watches last year alone.

The same was true for the AirPod, Apple’s wireless headphone set, which was initially dismissed as a gimmick that would provoke exasperation from consumers who misplaced them. By some estimates sales this year will reach 60m pairs, rising to 100m by 2021. According to analysis by the finance firm TF International Securities, “there is a greater likelihood of legacy iPhone users buying AirPods than upgrading to new iPhone models”.

But walk into any Apple store, and the Apple Watch is prominently displayed at the front. At the launch of the latest generation of phones, many customers reported they were there for the watch, not the phone. AirPods, at £149 or $159 a pair, are shifting by the millions and have become a ubiquitous accessory of the young male urban professional.

Apple does not break down sales figures for the watch and AirPod, but its most recent sales report showed that its wearables, home and accessories unit recorded a record quarter in March of $5.1bn.

In total, the combination of wearables and services – such as Apple Music subscriptions – accounted for 29% of total revenue, while the iPhone fell to 54% of sales from its typical level of two-thirds.

Apple may never hit the heights it achieved with the iPhone, but analysts say the new figures underscore an important and long-term change in strategy. “We’re seeing Apple put a stronger emphasis on the watch and AirPod, as well as their new services like music and games, to start to fill in the gaps where iPhone sales are slowing down because the demand for smartphones worldwide has hit a peak,” says Tim Bajarin of Creative Strategies, a San Francisco tech analysis company.

While the global market of 2.5bn smartphones still has plenty of room for sales from upgrades (as many as 350m iPhones this year and into next according to estimates), growth of Apple’s wearables has caught many by surprise. “We know that once people get into the Apple ecosystem they don’t leave,” says Bajarin, referring to the estimated 800 million to 1 billion people who already use Apple devices and are prime targets for its wearable and services products.

“Apple’s concept, which seems to be paying off, was to add value to their music service business with a hands-free Bluetooth headset,” he says. It’s an age-old technique for Apple: introduce hardware that drives software or information services. It worked with the iPod and the iPhone, and now for Apple Watch and AirPod.

Both the AirPod and Apple Watch tap into key markets. The watch targets millennials who want to monitor health and exercise, while the AirPod supports Apple’s services business, particularly its fast-growing Apple Music, which now reportedly has 28 million paid subscribers in the US to Spotify’s 26 million. There is also the imminent Apple streaming service which will compete with Netflix, Disney, and Amazon.

Not all of the Cook-era products have struck gold. While the watch got off to a slow start, some products have started slow and never picked up – witness the HomePod, considered a pale imitator of Amazon’s Echo.

For the watch, sales began to take off once Apple dropped the idea of selling it as a luxury item, eliminating its $10,000 gold edition and focusing on cheaper models.

“It was a mistake to make it a high-end fashion product,” says Bajarin. “Once it became an extension of the iPhone and began delivering accuracy around steps and heart rate, people began seeing it as a way to augment their health, particularly among the millennial generation.”

Increasingly, it is Apple’s wearables business that is keeping the company in touch with the tech-savvy global consumer.