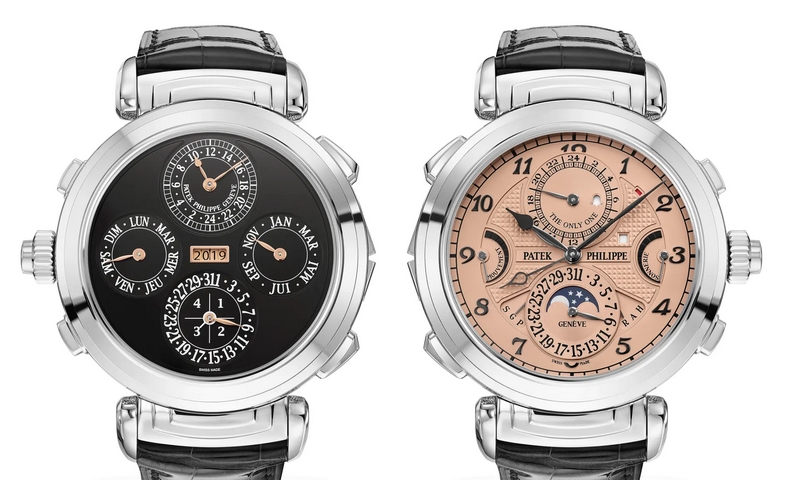 This article titled “World’s most expensive watch sells for £24.2m in charity auction” was written by Rupert Neate, for The Guardian on Monday 11th November 2019 15.38 UTC

A Patek Philippe watch has sold for a record 31m Swiss francs (£24.2m) at a charity auction hosted by Christie’s in Switzerland. It is by far the highest price ever paid for a wristwatch, and all of the proceeds will be donated to research into muscular dystrophy.

The Patek Philippe Grandmaster Chime 6300A-010, which was created specially for the charity auction Only Watch, was bought by a private telephone bidder following a five-minute auction at the Four Seasons Hotel des Bergues, in Geneva, on Saturday. It had been expected to sell for SFr2.5-3m.

The watch beat the previous record, set by a Daytona Rolex once owned by Paul Newman, which sold for $17.8m in 2017.

Sabine Kegel, the head of Christie’s watch department in Geneva, said the watch was “the most complicated wristwatch ever made … it does nearly everything except making coffee”. She said the watch had attracted “a lot of interest from new clients because it was a charity auction”.

The watch has four spring barrels driving 20 complications and features a reversible case with two dials in rose gold and black. It has five chiming modes, two of which are patented world firsts: an acoustic alarm that strikes the pre-selected time and a date repeater sounding the date on demand.

Kegel, who had been on the phone to a rival bidder during the auction of lot 28, said the room erupted with applause when the gavel came down. “It was really very exciting, and there was such a great atmosphere in the room with standing ovations after each sale,” she said. “So much money was raised that the scientific research can now go ahead to clinical trials.”

Fifty watches created specially for the Only Watch charity sale raised SFr38.6m for research into Duchenne muscular dystrophy, a genetic condition that affects one in 3,000 male births.

The biennial auction was founded in 2005 by Luc Pettavino, the former chief executive of the Monaco Yacht Show, after his son, Paul, was diagnosed with the disease and died aged 21 in 2016.

“Breaking records is obviously a source of pride and happiness,” said Pettavino, who is president of the Monégasque Association against Myopathies. “What a beautiful moment and emotion shared together. And what matters most today is the difference we are going to be able to make in research against muscular dystrophies and for hundreds of thousands of patients and families around the world for their lives to get better.”

The Earl of Snowdon, the honourable chairman of Christie’s, said: “It has been a fantastic 12 month-long project, 10 cities and thousands of catalogues, it is amazing to see such an enthusiastic response across the globe. We are thankful and thrilled to have contributed to raise SFr38.6m that researchers will put to immediate use.”

Christie’s did not charge a buyer’s premium, which can be as high as 25% of the sale price. All of the watches were donated by brands including Hublot, Montblanc, Richard Mille and Louis Vuitton.

Christie’s will sell a further 214 rare watches in a sale on Monday. A Patek Philippe Henry Graves is expected to sell for SFr3m.