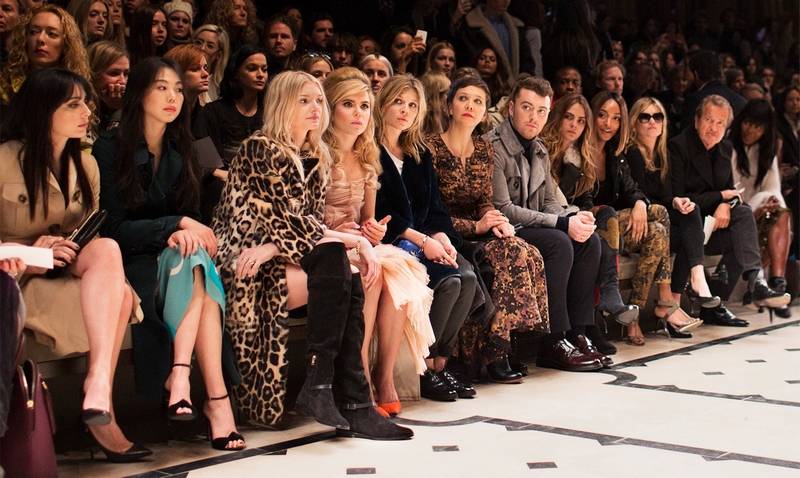 This article titled “What does the rise of digital marketing mean for luxury brands?” was written by Tim Anderson, for The Guardian on Monday 16th February 2015 15.22 UTC

The rise of digital marketing is changing the way luxury brands engage with customers, and traditional companies must embrace what is now possible in today’s connected and mobile world or be left behind. “The luxury industry is at a turning point,” said Chris Moody, creative director at brand consultant Wolff Olins, speaking at a seminar hosted by the Guardian and held in association with Harrods Media.

An invited audience joined industry experts to debate the risks and creative opportunities for luxury brands enabled by digital technology. Digital interaction was a feature of the event itself, as audience members participated through an iPad app, submitting questions and voting on which ones should be addressed by the panel.

The automotive industry is an example of the profound change wrought by digital, said Laura Schwab, marketing director at Jaguar Land Rover.

“The amount of times people actually go to a car dealership has diminished. By the time they get to the door all they really want to do is test drive. All the research, everything, happens online.”

The implication for motoring brands is that winning that dealership visit requires engaging first with the customer online, and ensuring that compelling digital content is available. “We don’t do a lot of print,” said Schwab. “For Land Rover it is close to zero, and for Jaguar a small percentage of our budget.”

Print remains important in many sectors, but the trend is unmistakable. “Print and other media have still got high circulations,” said Harrods Media sales director Guy Cheston, “but that point will tip soon, particularly with the younger generation who haven’t grown up reading a glossy magazine every month.”

There were signs of scepticism in the audience over the merits of digital. One question submitted to the panel via the app quickly rose to the top as people voted for it to be discussed: “The return on investment (ROI) is not as big with digital, so why should we invest in digital advertising?”

The answer, according to the panel, is that digital marketing means a change of mind-set and not just a change of medium. You should look at return on interaction rather than return on investment, said Moody. The “ROI point” is no excuse for not moving forward and innovating.

“You are building a relationship with people who may continue to use your product for the next 25 years. Those interactions that you have, particularly through social streams that you can get through digital, are super valuable. It would be a shame not to invest in that.”

One of the benefits of digital media is that it generates data, enabling analytics that were previously impossible. “Digital media is more measurable than any other form of media we do. It is not just about huge reach numbers, it is about creating engagement, understanding our customers’ journey and then delivering relevant content along the way.”

Social media are hard to get right, but they are one of the most rewarding, the seminar was told. It starts with assembling the right team. Interacting on social media requires a level of knowledge and customer service that accords with the core values of that brand.

“When you decide you want to start engaging in conversation with your community, you’ve opened up the doors to create a two-way communication stream, you can’t decide ‘Oh, but we are a little tired and it’s Sunday’. You have got to be willing to step up to that,” said Schwab.

Social media are not marketing platforms, said Moody. Rather, “it is a way of starting a conversation. You can’t push out a broadcast message through a social stream because people will make negative comments.”

How often should you communicate with your customers, when you have a product such as a car or expensive jewellery that may only be purchased every few years? “Not many people buy pearls every month,” said Mariko Oya, marketing executive at pearl jewellery company Mikimoto, speaking from the audience.

“We do no big bulk emails,” said Schwab. “We have moved away from newsletters and into personalised content.” Jaguar Land Rover uses data analytics to learn about its customers and to deliver targeted content, she said. “Use your data right and you can create a personalised experience.”

Innovation and creativity are critical to digital marketing. “Land Rover has a campaign called #Hibernot that started socially,” said Schwab. Rather than letting short winter nights bring a wave of depression, the idea is that Land Rover owners “embrace winter in the UK, get out and enjoy it”. People send or tweet images of winter moments, which “really rings true to the core values of Land Rover”.

Harrods used a Candy Crush style game called Stiletto Wars to promote its Shoe Heaven promotion, said Cheston. “The Mail Online picked it up and it went absolutely bonkers.” He added: “It is quite challenging to reach that younger female customer, which was the aim of our campaign. The only way that you could get the game was by downloading the Harrods app, so for us it was a fantastic success.”

High-quality digital assets are crucial. Customers may not think of Harrods as a media company, but it publishes magazines in print and digital form and also has more than 200 digital screens in-store. Nike and Burberry are brands known for creative digital marketing, and one reason for their success is that they can deliver strong content to such locations, Cheston told the seminar.

“Those brands have always delivered amazing digital content to our in-store video walls and screens. They seem to have got it so much earlier than everybody else. It is very powerful. In terms of retail sales we can see how effective that can be in a Nike or a Burberry promotion compared with another brand which is less dynamic.”

Brands investing in content should cover all forms of media, not just one. “Our publishing team, when they are going on shoots to exotic locations, they will take a video crew with them to capture the digital and video assets so we can then play those digital assets out across our different platforms. Two, three years ago that wouldn’t happen,” Cheston explained.

Creative content should be represented at the highest level in a company, said Moody, alongside the chief information officer (CIO) and chief financial officer. “At that level there needs to be somebody who is responsible for the creative output. Often the CIO doesn’t have a creative input. It is critical that you have a creative input at that level because that can change how your whole organisation begins to speak to the rest of the world.”

Mobile is now critical to marketing luxury goods, but this does not just mean apps and social media. Retailers are studying how to achieve interaction through your smartphone when you visit a physical store. One such technology is “beacons”, small devices embedded in signs or displays that can push information to nearby smartphones.

“We have been trialling beacon technology in-store in specific departments,” said Cheston. “Another future that we are interested in is interactivity between fixed digital signage and mobile devices: can we get both talking to each other as people go through the store?”

Will shoppers find such things intrusive? There is nothing wrong with the technology, you could be just as intrusive handing out leaflets, said Moody. “It comes back to a point of being human. You need to engage with people as you would want to be engaged with yourself.”

Digital marketing may appear to be about technology, but it only works when the human interaction underlying it is right, especially for luxury brands that seek to engage our emotions. “Communicate less frequently but with more quality and consider every single piece of communication that you make,” said Moody. “That is the key to a luxury brand. Engage with people as if you are having a conversation in the environment that luxury brands have been very used to trading in.”

The challenge for the industry, the seminar concluded, is to take advantage of digital technology without compromising the core values that make luxury brands what they are.

This content has been sponsored by Harrods Media (whose brand it displays). All content is editorially independent. Contact Helen Milligan (helen.milligan@theguardian.com). For information on debates visit: theguardian.com/sponsored-content