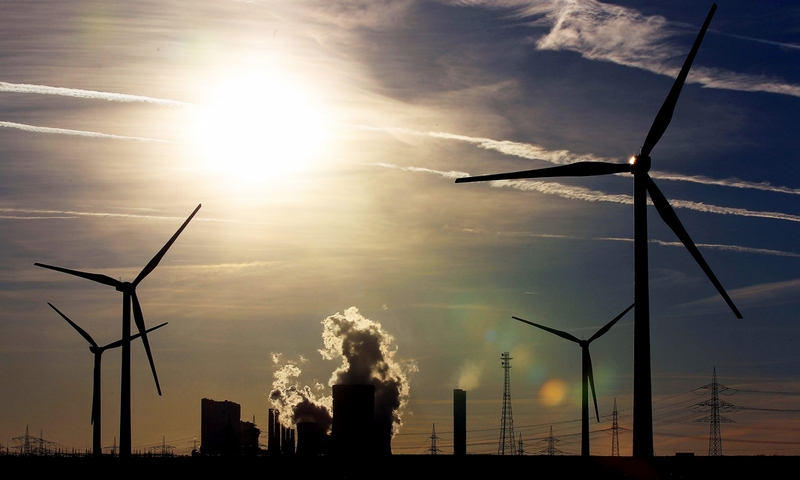 This article titled “Fossil fuels are way more expensive than you think” was written by Dana Nuccitelli, for theguardian.com on Wednesday 18th March 2015 13.00 UTC

A new paper published in Climatic Change estimates that when we account for the pollution costs associated with our energy sources, gasoline costs an extra .80 per gallon, diesel an additional .80 per gallon, coal a further 24 cents per kilowatt-hour, and natural gas another 11 cents per kilowatt-hour that we don’t see in our fuel or energy bills.

The study was done by Drew Shindell, formerly of Nasa, now professor of climate sciences at Duke University, and Chair of the Scientific Advisory Panel to the Climate and Clean Air Coalition. Shindell recently published research noting that aerosols and ozone have a bigger effect on the climate in the northern hemisphere, where humans produce more of those pollutants.

That research led Shindell to question current estimates of the true costs of our energy sources. Much research has gone into estimating the social cost of carbon, which attempts to account for the additional costs from burning fossil fuels via the climate damages their carbon pollution causes. However, this research doesn’t account for the costs associated with other air pollutants released during fossil fuel combustion.

For example, depending on how much more we value a dollar today than in the future (a factor known as ‘discount rate’), Shindell estimates carbon pollution costs us per ton of carbon dioxide emitted in climate damages, and another in additional climate-health impacts like malnutrition that aren’t normally accounted for.

But Shindell also estimates that carbon emissions are relatively cheap compared to other fossil fuel air pollutants. For example, sulfur dioxide costs ,000 per ton, and nitrous oxides ,000 per ton! However, less of these other pollutants are released into the atmosphere during modern fossil fuel combustion.

For an average American car (26 miles per gallon), Shindell estimates that the air pollution emissions altogether cost us 00 in damages per year. In comparison, emissions from energy to power an electric Nissan Leaf would cost us 0 even if purely powered by coal, and 0 if fueled by electricity supplied entirely from natural gas. These costs would become negligible if the electricity came from renewable or nuclear power. Electric vehicles (EVs) are clearly the winners in this cost comparison.

Hence environmental damages are reduced substantially even if an EV is powered from coal-fired electricity, although they are much lower for other electricity sources

The Needed Energy Transition May Have Begun in 2014

The key conclusion from Shindell’s study is that fossil fuels only seem cheap because their market prices don’t reflect their true costs. In reality they are remarkably expensive for society, but taxpayers pick up most of those costs via climate damages and other health effects. Those who argue that we need to continue relying on fossil fuels – like former popular science writer Matt Ridley – just aren’t accounting for the costs of pollution.

These air pollution costs are effectively a massive subsidy, and Shindell likely underestimated their size. When I asked Shindell if he had accounted for recent research by Moore & Diaz showing that climate change slows economic growth, he said,

I saw the Moore and Diaz paper, which was quite interesting, but after my paper had already been accepted so it didn’t make it in there. Indeed if growth is slowed by climate change as in their study, the associated social costs could be much larger … But in general, this is only one of several possible reasons that my values are likely conservative as I’ve left out many things that I didn’t know how to put a price on. That includes the influence of pollution on cognitive function decline, on IQ, and on mental health, the influence of energy on freshwater resources, on national security (e.g. military spending related to oil/gas supplies), the impact of climate change on biodiversity, the effects of ocean acidification, etc.

This research shows that we need to transition away from fossil fuels not just to mitigate the risks associated with climate change, but to reduce the economic and health impacts of air pollution in general. Fortunately there was some good news this week suggesting that we may be on our way to making this transition. The International Energy Agency (IEA) reported,

global emissions of carbon dioxide from the energy sector stalled in 2014, marking the first time in 40 years in which there was a halt or reduction in emissions of the greenhouse gas that was not tied to an economic downturn … In the 40 years in which the IEA has been collecting data on carbon dioxide emissions, there have only been three times in which emissions have stood still or fallen compared to the previous year, and all were associated with global economic weakness: the early 1980’s; 1992 and 2009. In 2014, however, the global economy expanded by 3%.

When we examine the data, 2014 indeed stands out. With 3% GDP growth, it’s the first year on record that energy-related CO2 emissions didn’t increase and GDP nevertheless grew by more than 2%.

The IEA reports that the stagnation in carbon pollution stemmed from a transition away from fossil fuels rather than a drop in energy use due to poor economic conditions, as had been the case in previous years where CO2 emissions didn’t grow.

The IEA attributes the halt in emissions growth to changing patterns of energy consumption in China and OECD countries. In China, 2014 saw greater generation of electricity from renewable sources, such as hydropower, solar and wind, and less burning of coal. In OECD economies, recent efforts to promote more sustainable growth – including greater energy efficiency and more renewable energy – are producing the desired effect of decoupling economic growth from greenhouse gas emissions.

It’s important not to over-interpret a single data point, but it’s a promising sign that carbon pollution emissions didn’t grow in 2014 while the global economy did. This is the sort of “decoupling” of GDP and CO2 that needs to happen for a successful transition away from fossil fuels. Signs that we may have reached peak coal production are also encouraging.

As Shindell’s research shows, it’s an important transition for us to make in order to preserve a livable climate and a healthy economy.