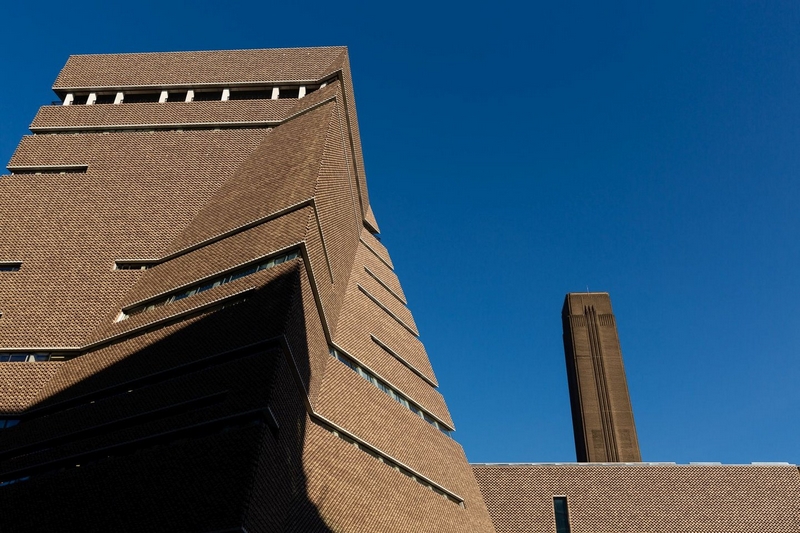 This article titled “Walking to infinity: my virtual odyssey through Britain’s finest art” was written by Jonathan Jones, for theguardian.com on Tuesday 2nd June 2020 13.35 UTC

How important is art? It’s not as important as life or love. I recently found that out the hard way. My relatively comfortable lockdown was blown apart when I started haemorrhaging and was taken to hospital. From lying on the bathroom floor covered in blood to losing consciousness in the operating theatre as PPE-wearing doctors injected me with ketamine, I can’t say I thought about art once. I just thought about my wife and daughter. As I woke in the intensive care unit what most struck me was the courage, kindness and skill of the NHS staff.

But this might not be the full picture. Images of art also swam into my mind. I’m not sure when this started. I think it may have been on the operating table, with the anaesthetist holding my hand as he explained why they needed to put a tube into my groin, that I started picturing the tender, nuanced forms of organs and tree-like branches of veins in Leonardo da Vinci’s anatomical drawings.

Great art is not life or love, but it’s the best way we can share life and love with one another. That’s why I have made a series of short features with Guardian Documentaries about the artistic treasures in Britain’s locked museums. Let me stress what these films are not. They are not a replacement for the real thing. It is simply not true that virtual culture can substitute for going to a gallery and being confronted by great art. A video call can’t replace the touch of your loved ones. And an onscreen image can’t replace Mark Rothko’s Seagram murals in Tate Modern, the subject of the first documentary.

Every time I teach a Guardian Masterclass at Tate Modern, I always end up in the room that’s hung with these mighty black, dark red and purple abstract canvases – the Rothko room. I keep seeing in their smoky colours ever more nuanced hints of tragedy and a cosmic grandeur that somehow transcends it. These paintings both occupy space, and create it. They shape an imaginary place that’s far bigger than the room itself – a religious space maybe, as vast as a cathedral, and yet even bigger, so it can hold the Russian empire where he was born, the New York where he worked, and all the anguish of his century.

These are masterpieces for the end of world and a true treasure of Britain’s stupendous art collections. It’s often said Tate Modern doesn’t have many pre-1980s modernist masterpieces, but when Rothko gave these paintings to the Tate he tipped the balance. He was commissioned in 1958 to paint a series of decorations for the Four Seasons restaurant in New York. He claimed he wanted his unsettling visions to make the rich “bastards” who ate there feel sick. When he realised he couldn’t really achieve that, he donated the cream of the collection to the Tate.

What’s amazing about our museums is their ability to house art as radical and extreme as Rothko’s measureless void alongside Anglo-Saxon helmets, Romantic watercolours and Aztec sacrificial daggers. On a normal day, you can see all those things on a trip around London’s collections alone. We can explore them freely, and for free. This series is an attempt to just hint at the riches and flavours of Britain’s public collections, a way to keep them in mind and pray we can meet up with them soon. As well as Rothko, we’ll visit Rembrandt’s portraits in the National Gallery and the thrilling ways Bellini, Titian and Turner paint the hopeful rays of sunrise.

In the hospital, I ended up imagining my own museum. There was not much else to do in a locked down ward without visitors, a phone or books. I lay there listening, observing the nurses and other patients. It was amazing to see the way everyone worked in the face of infection – I was wheeled past the Covid ward for x-rays. But, as I got better, the loneliness and boredom grew.

I set myself to make a mental museum. It contained the complete works of Leonardo. Strangely it worked best with eyes wide open. The Mona Lisa materialised in front of a blood pressure monitor. The Virgin of the Rocks floated among swishing bed screens. This was turning into a pretty good museum. And I realised it’s not just art I miss. It’s the architectural delight of galleries themselves, these unique places where you can wander among things dense with wonder that open new doors in your mind. A museum is bigger than it seems.

That’s why I love the Rothko room. It is a room that contains infinity. Our museums are the ultimate Tardises, bigger on the inside than the outside, letting us travel in time and space to the hospital in Florence where Leonardo dissected bodies, or the jazz clubs of Rothko’s postwar Manhattan.

In hospital it became hallucinatory, staring into space, seeing Botticelli’s Venus among the sterilised equipment. I hope museums reopen soon, though, because I can’t keep building imaginary museums for ever.