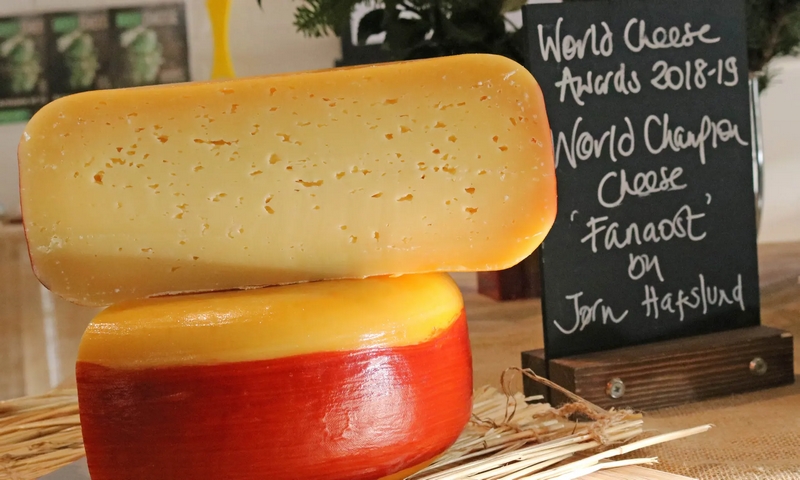 This article titled “The best cheese in the world is running out fast. What should we eat instead?” was written by Felicity Cloake, for The Guardian on Monday 17th December 2018 07.00 UTC

My Christmas cheeseboard is better than yours. Forget festive staples such as stilton, cheddar and wensleydale with cranberry (no really, forget that last one); I am lucky enough to have one of the very last pieces of the cheese that beat 3,471 rivals from 41 countries to be declared the champion at the World Cheese awards last month, at which I was a judge. As the man that makes fanaost, an aged Gouda-style cheese from Norway, has only 12 cows, you won’t be getting any either: the wedge sitting pretty in my fridge is one of the last hunks of the best cheese in the world.

Like the Dutch original, fanaost is a hard cheese, with a slightly crystalline texture, sharp flavour and subtle milky sweetness. Jason Hinds of Neal’s Yard Dairy in London reckons that it “delivers a sense of place with a great texture and wonderful marriage of sweet and savoury notes”. It’s ridiculously moreish: salty and crunchy, with an almost caramel flavour.

It originates 22km south of the city of Bergen, a rocky wooded outcrop jutting out into the black water – the small herd is free to graze in the mountains and drink from the fjord in summer. Farmer Jørn Hafslund credits the 14 different grasses growing there for the complexity of his cheese. “When I taste the milk at home, it is very sweet,” he says, once he had recovered from the shock of winning. “Simple is often the best.”

Not that his life at that little red farm is probably quite so simple at the moment, with cheesemongers worldwide begging him for stock he just doesn’t have; the next batch of fanaost won’t be ready until next summer. Instead, here are some of the next best cheeses, which you might be able to snag in time for your Christmas cheese course.

• Golden cross, a raw milk, ash-coated soft goat’s cheese from East Sussex was the only British cheese to make the final 16. It’s available at thefoodmarket.com.

• Cropwell bishop mature blue stilton, a Christmas classic, can be bought at Buchanans, London, and stamfordcheese.com.

• Rachel, a washed-rind goat cheese from Somerset, is available from Paxton & Whitfield and Buchanans.

• Grana padano by Latteria Sociale Mantova, a hard Italian cheese rather like Parmesan, can be purchased at Morrisons, Sainsbury’s and Waitrose.