In a freshly restyled AIKON case, Maurice Lacroix, the premium brand of Swiss watches based in the Canton of Jura and headquartered in Zurich, has fitted a new manufacture, openworked, automatic caliber of unique design. True to its vocation of manufacturing high quality timepieces deeply rooted in urban and contemporary culture, Maurice Lacroix introduces AIKON Automatic Skeleton. 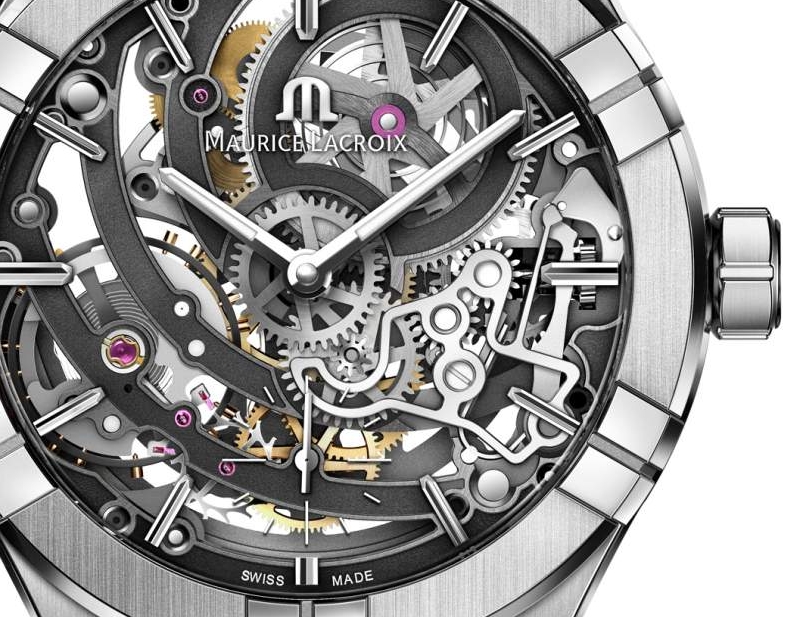 Openwork timepieces are an integral part of Maurice Lacroix’s history and watchmaking culture.

Several successive generations of its watches have featured this graphic and horological principle. It consists in the hollowing of a movement’s parts, in order to retain only its bearing and functional structures. It is inseparable from a graphic frame of mind, one that sets the hollow apart from the void according to a designer’s will, and the zeitgeist. Maurice Lacroix is an early explorer of that style as the Calypso Skeleton, its first such creation, goes as far back as 1993. Maurice Lacroix has been openworking for 25 years.

In the spirit of contemporary creation, Maurice Lacroix has made AIKON Automatic Skeleton the sum of many new features. In a wide AIKON case, reshaped in order to house this new type of movement, Maurice Lacroix gives the manufacture ML234 calibre its maiden voyage. It is openworked according to a whole new pattern, designed purposefully for this timepiece. 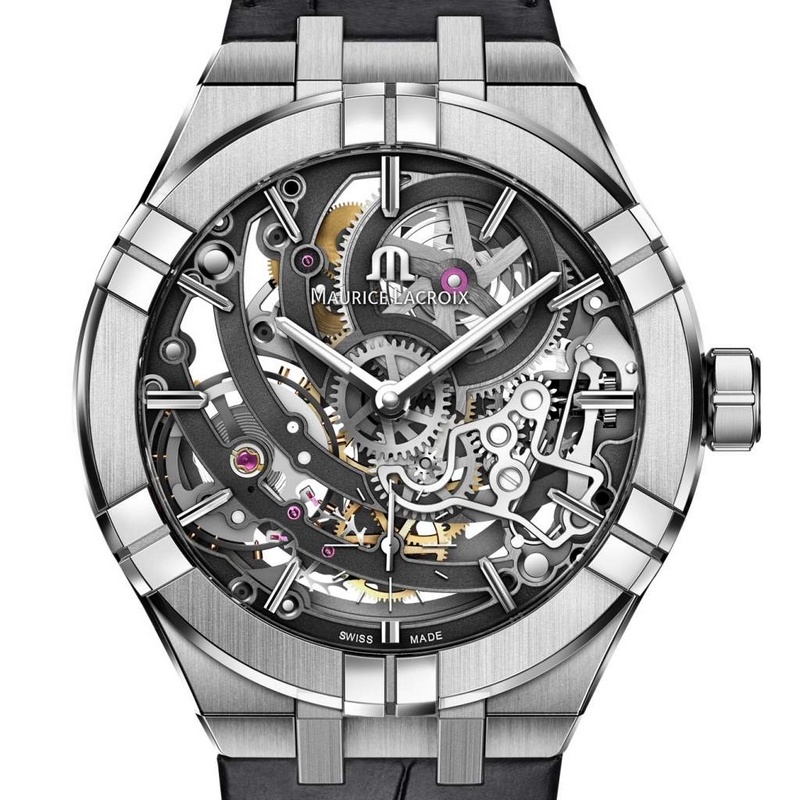 Based on the 2016 AIKON Quartz design, the AIKON Automatic case leans towards a more masculine, sharper state of mind, one that is also more polarizing. It is 45 mm wide, yet only 13 mm thick, which provides it with strong and harmonious proportions. Entirely made of steel, both brushed and polished, it stands out thanks to the six arms on its bezel, positioned once every two hours. This is a signature feature of the AIKON collection, as is the one piece case shape. Without lugs, it bears two prongs that descend on the bracelet and shape its curve.

AIKON Automatic Skeleton introduces Maurice Lacroix’s Easychange system. These fast swap attachments allow to single handedly remove the bracelet, in a few seconds. At case level, the leather is cut out to accommodate two small vertical prongs, which commands the spring bars’ opening. And so is detached the long piece of alligator leather with black on black stitching, which features Maurice Lacroix’s signature M logo applique. It is coupled with a double deployant buckle, which allows a fine length adjustment. 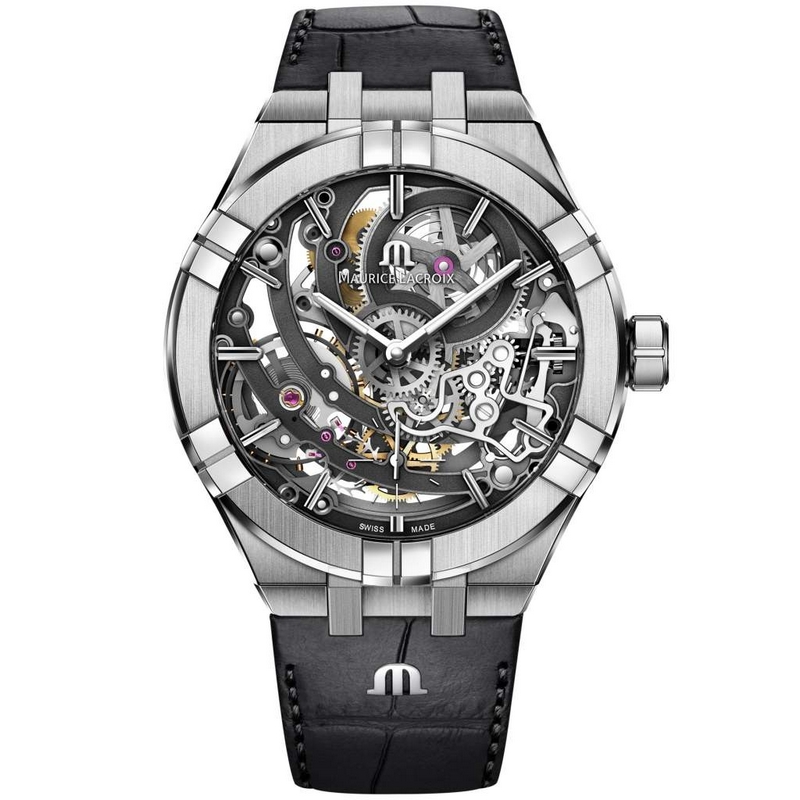 Entirely designed for AIKON Automatic Skeleton, caliber ML234 is a mechanical movement with automatic winding. It is the result of a thorough aesthetic and functional reshuffle of the ML134 caliber, one of the first to have come out of the Maurice Lacroix manufacture. And as is the case with all Maurice Lacroix’s skeleton movements, it is born of design, not necessity. It is structured by a series of five concentric circles, that run diagonally through the entire watch. 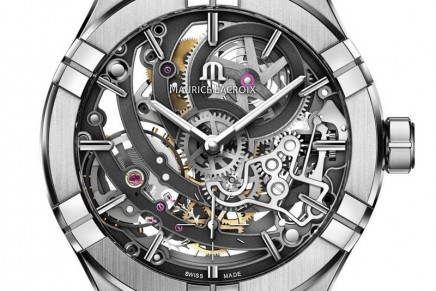 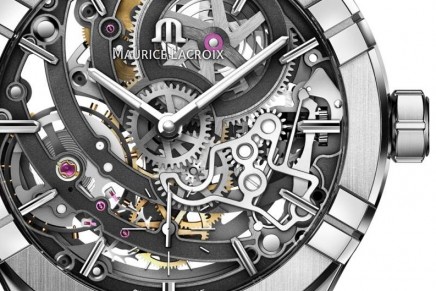