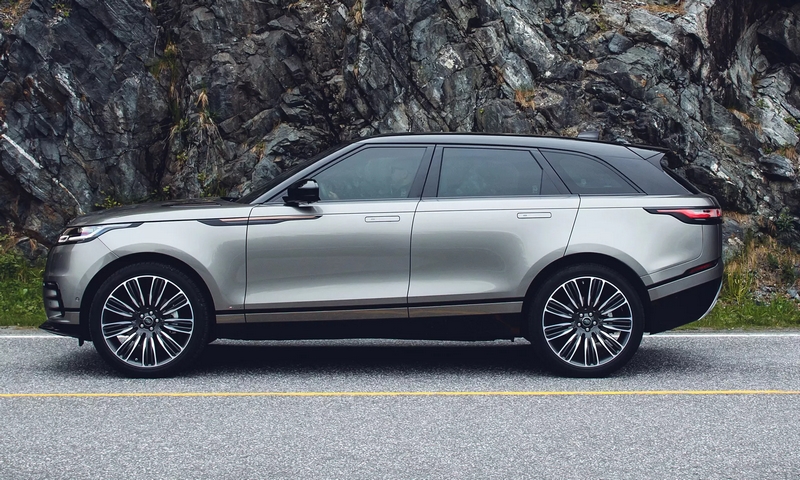 This article titled “Range Rover Velar: ‘It feels like the brand’s flagship model’” was written by Martin Love, for The Observer on Sunday 23rd September 2018 04.59 UTC

Norfolk is proud of its big beaches and bigger skies. Walk out towards the sea along any of the cockle paths that zigzag across the marshes and you feel yourself dwarfed in an immense world. The scale is dizzying. It’s beautiful. It’s also odd as almost everything else in Norfolk is tiny. We rented a titchy cottage, ate in dinky cafés, drank in one-room pubs, even travelled on a model train. This might explain why someone took exception to the car we were driving. Returning to the beach car park one evening someone had used a wet finger to write in the dust on its grey flank: “You are too big! 4 x 4 F-off!” It says a lot about the good people of Norfolk that they were too polite to spell out the rude word.

They had a point. The car park was filled with large SUVs, all of them over-engineered for the menial task at hand. They faced nothing more arduous than a pothole or two and a grassy track. But still, the demand for SUVs in the UK soars. They are what Brits love to drive. So it’s with regret that this review is only going to make the situation worse by placing more temptation in your way.

The car that had been scrawled on was the new Range Rover Velar. It’s a peculiar name, but it isn’t the result of a few glasses of wine and a bag of fridge-magnet letters – there is some history to it. When Land Rover developed the original Range Rover in the 1960s, it wanted to conceal its identity. The project was named Velar from the Latin word “velare”, meaning to cover or hide. Half a century later, this Range Rover Velar is a graceful, glamorous, debonair five-door SUV with absolutely nothing to hide. It’s been designed to sit between the entry-level Evoque and the posher Range Rover Sport. But it’s so well designed that you wonder if there has been some dim-witted admin blunder and that the car should in fact be the luxury brand’s new flagship.

The Velar is the most road-biased Range Rover yet. It has a four-wheel drive system but mostly it’s a rear-wheel drive vehicle that brings in the front when needed. There’s no low-ratio gearbox. On the road, which is where most Velars will spend their working lives, it cruises rather than drives. It’s hard not to feel cocooned from your cares and woes. The styling is sleek and futuristic. It has super-slim Matrix Laser-LED headlights and flush deployable door handles which ease out to greet you as you approach. Both are hallmarks of Range Rover’s reductionist design philosophy. The clutter-free dashboard is fully digital, with two large touchscreen panels.

It is available with a choice of six engines, ranging from the responsive 180PS 2-litre Ingenium diesel to the potent 380PS supercharged 3-litre V6 petrol engine. I drove the 2-litre version and managed more than 40 miles per gallon which, in a loaded car, was the one piece of good news my wallet received that week.

The Velar is designed, engineered and manufactured in the UK. Sorry Norfolk, it’s also going to be an SUV that will sell very well in the UK, too.