Known simply as ‘The Asprey’ timepiece, this Patek Philippe is exceptional in every way. One of the Most Important Vintage Wristwatches in the World Soars to $3.9 million at Sotheby’s Auction in Geneva. 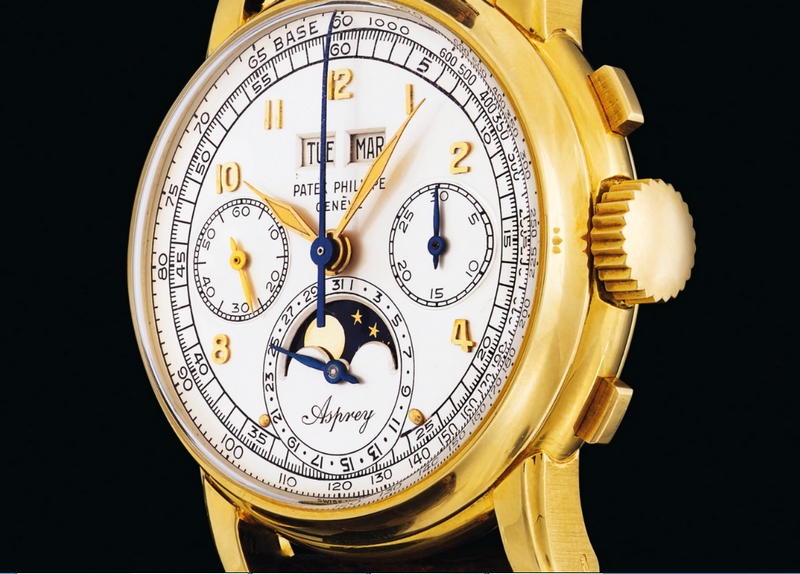 The Asprey fetches $3.9m in Geneva

One of the most important vintage wristwatches in the world was the star lot of Sotheby’s Important Watches auction in Geneva. Manufactured in 1952 and sold in 1956, this Patek Philippe 2499 1st series was last seen on the market at Sotheby’s in 2006 where it was sold for a staggering 2.2 million Swiss Francs, which not only made it the most expensive 1st series in gold, but the highest price ever paid for a Twenty-Four Ninety Nine.

Since then, the Asprey watch has become a legend amongst the market and collecting community, and has remained in the same private collection since first being discovered in 2006. Retailed by Asprey of London in 1956, it is the most complicated Patek Philippe sold by the prestigious London jeweller. The dial is double signed by both the manufacture and Asprey, the case is stamped with London hallmarks and the date letter for 1956 and the inside case back too bears London import marks and the Asprey stamp.

The auction attracted over 900 bidders from 54 countries, with nearly a quarter of buyers choosing to buy online. Testament to the huge potential in this market and the depth of demand for the finest pieces, 30% of participants were new to Sotheby’s. The international collectors drove the final total of the “Important Watches” sale to CHF 12,208,000 ($ 12,098,372) – the second highest total in ten years for a Sotheby’s watch sale in Geneva. 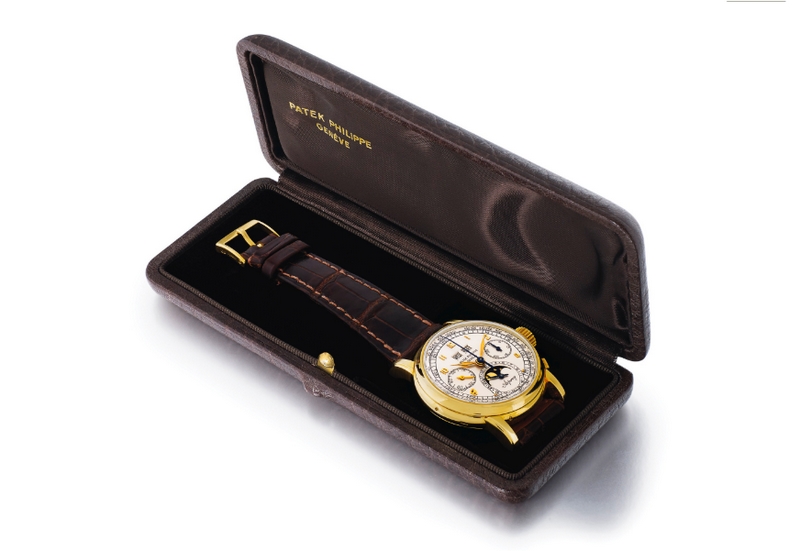 Fresh to the market and previously unknown, an extraordinary Rolex Daytona reference 6239 with a ‘Pulsometer’ dial – among the rarest chronographs ever made – was sold for $823,538.

A stunning example of Patek Philippe’s reference 3448, made in white gold in 1977 and one of only around 50 known on the market exceeded pre-sale expectations to sell for $514,339.

An extraordinary example of Patek Philippe’s legendary reference 1518, a perpetual calendar chronograph in yellow gold from 1950 sold for $490,555. 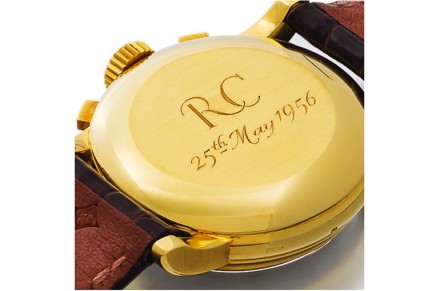 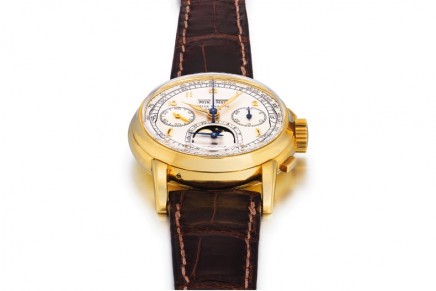 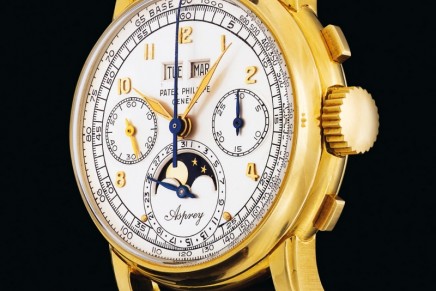 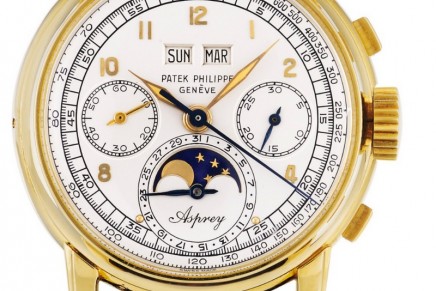 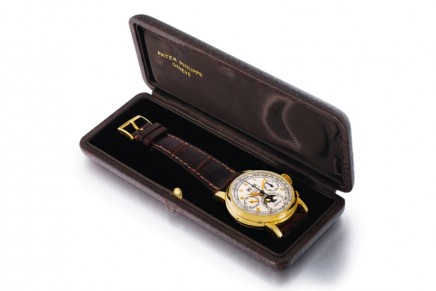