Expensive cars, private planes, and posh Gucci handbags all come to mind when one thinks of living in the lap of luxury. While the majority of society cannot afford the lifestyle of the rich and famous, luxury watch enthusiasts abound, making brands like Rolex the standard from which the average working man or woman defines luxury. For many avid luxury watch collectors, luxury begins with just that, an exceptional timepiece, and we’ve gathered a few that we think perfectly represent luxury.

The History of an Iconic Watch Brand

There are several brands on the market today that are worth mentioning, many of which watch connoisseurs will argue are far more superior to Rolex. Whether you agree with that statement or not, one can’t deny the immense presence that the Rolex brand has in the market, partly due to their commitment to excellence and genius marketing from day one. Rolex was founded in the early 1900’s by Hans Wilsdorf and his brother-in-law Alfred David and has grown into one of the most successful watchmaking companies in the world. Today, the catalog consists of mostly classic models that have been perfected through the years, creating watches that aren’t just reliable, they’re recognizable anywhere in the world and by people of all walks of life.

Here are three watches that are sure to make a statement.

One of the most well-known models in the Crown’s catalog is the Submariner, which was developed in 1953 and announced at BaselWorld 1954. As the brand’s first diver, the Submariner was an instant success, thanks to a greater depth-rating than any other watch in the Rolex lineup. A few years later, James Bond himself wore a stainless steel Submariner in the film Dr. No, forever sealing the watch’s status as an icon. The style of the early references endures, even today, which makes the Submariner even more notorious.

What’s so great about modern watch trends is that collectors are becoming bolder with their timepiece choices, pairing masculine tool watches, such as the Submariner or Daytona, with casual wear, business attire, and even formal wear. It’s the brand’s versatility that continues to attract customers in droves, and that makes modern references such as the Rolex Submariner 116610 as one of the most coveted timepieces on the market today. The modern Rolex Cosmograph Daytona, more specifically the ref. 116500, is another widely sought-after 6-digit reference, offering an affordable stainless steel finish crafted from Rolex’s proprietary 904L stainless steel as well as a Cerachrom bezel insert made from tough ceramic material. This reference has been in short supply since it came to market in 2016, with collectors waiting years to purchase one at retail. The fact that the ref. 116500 is so hard to come by coupled with the fact that it’s backed by the quality and reputation of the Rolex brand makes the newest Daytona a popular choice among anyone who seeks a watch that is closely associated with luxury. 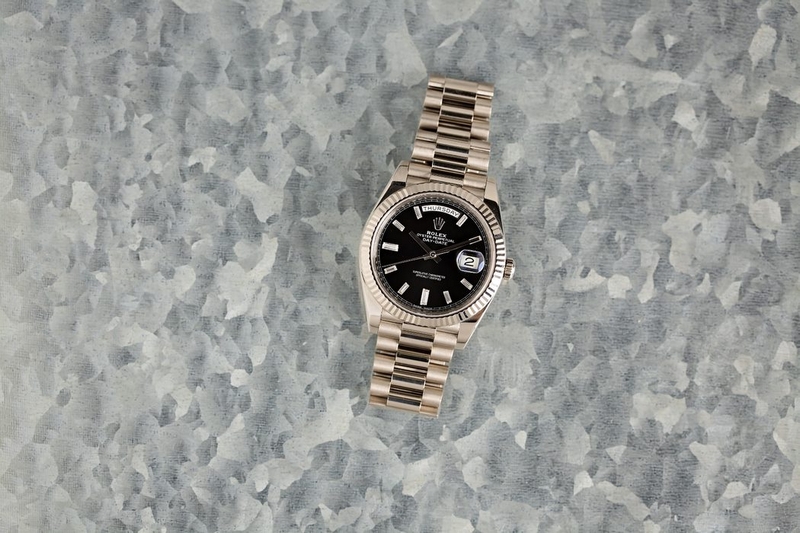 Of course, we can’t discuss Rolex and luxury without including the iconic President Day-Date. Rolex’s dress watch debuted in the 1950’s, featuring both a date display as well as the day spelled out in full on the dial. From day one, the case has always been available with a three-link President bracelet, which is secured by an innovative Crownclasp that is virtually indistinguishable from the other links on the bracelet. Shortly after hitting the market, the Day-Date began to appear on the wrists of many former American Presidents, thus earning it the nickname “The President’s Watch” and making it synonymous with power and class. Today, successful men and women including leaders from all over the world, CEO’s, and celebrities strive to add at least one President Day-Date to their watch collections. Produced using only precious metals forged in-house, the Day-Date isn’t just an impressive statement piece; it’s also a valuable collector’s item. 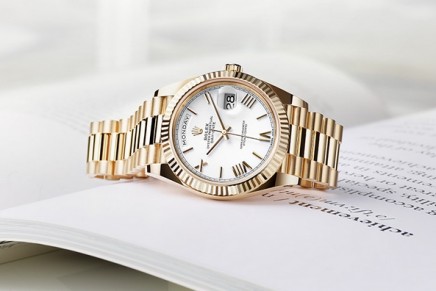 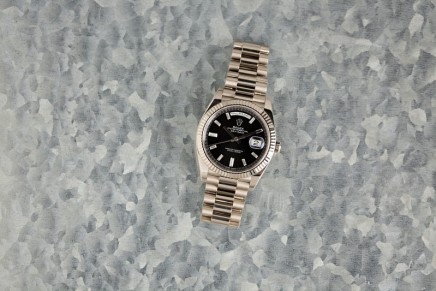 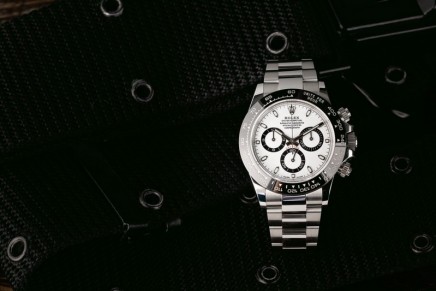